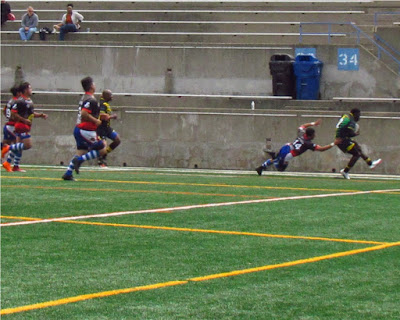 This afternoon Teena and I were at the Americas Rugby League Nines Championship at Lamport Stadium in Toronto. This was the first of its kind and will take place every two years.  I am unsure if the location will be rotated.

The men's tournament consisted of four teams, Canada Wolverines, USA Hawks, Latin Heat and the Reggae Warriors competing for the Championship. The women's competition had three teams from Canada, Ontario and Jamaica. 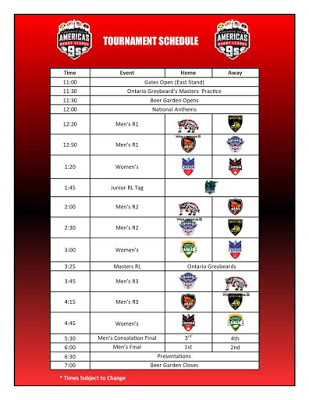 The tournament was over 6 hours long and featured 11 matches. Teena and I wondered if we might take a break and go home in the middle (we live a 10 minute walk away) but enjoyed the action and stayed for the entire afternoon. 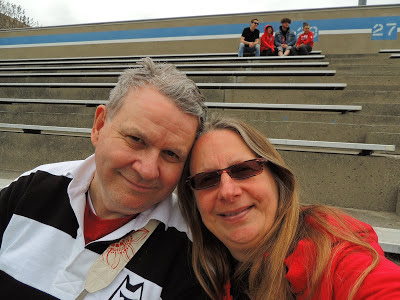 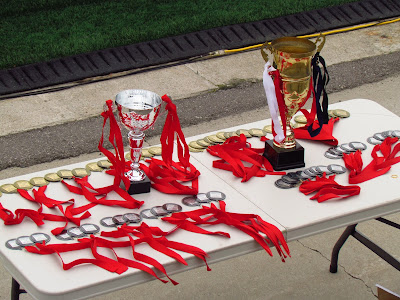 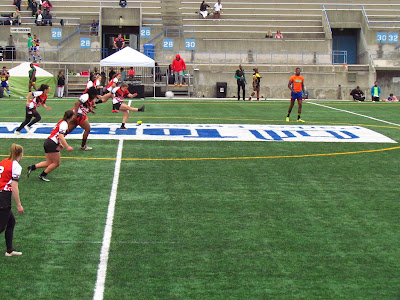 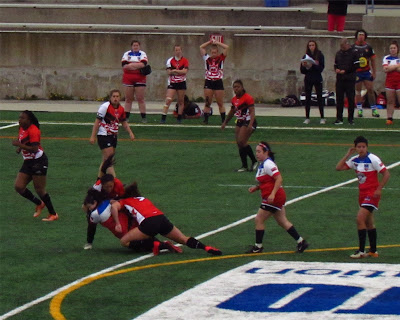 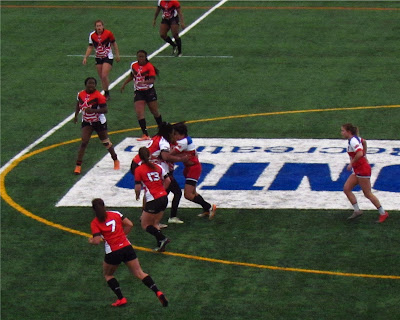 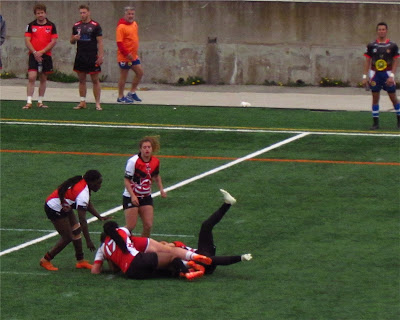 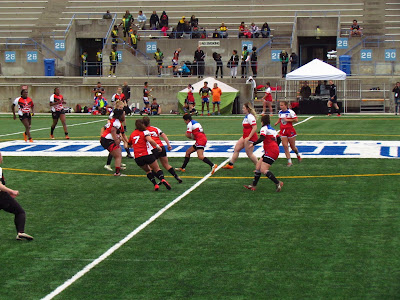 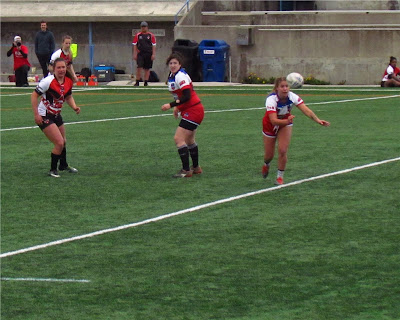 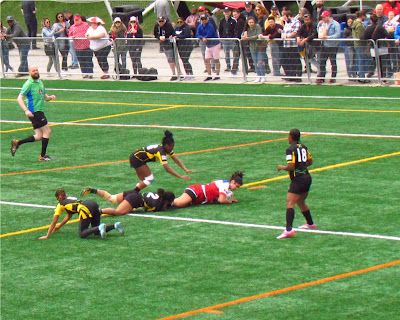 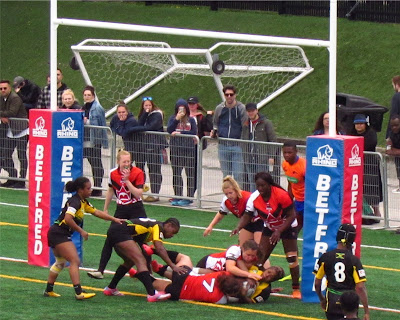 On the men's side, Canada and the USA met in their final game of the round robin and tied 14-14. They headed to the championship game with each team sporting a 2-0-1 record.

The first half was close with the teams tied 4-4 but the USA prevailed in the second half to take the inaugural trophy by a 20-8 score. Jamaica took third place by beating Latin Heat 34-4.

Before looking at some action form this match, I want to show how tough these players are. I'm not sure if this player from Canada was protecting a broken nose but I've never seen a tape job like this. In every game, he never shied away from the action as you can see in Teena's action shot below. 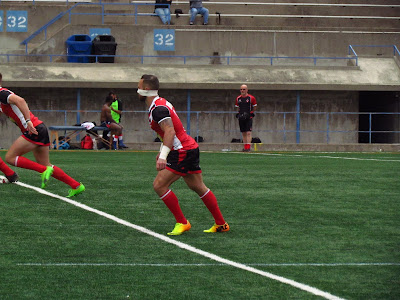 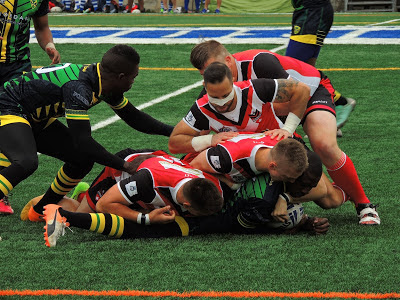 Here are some photos from the men's tournament. 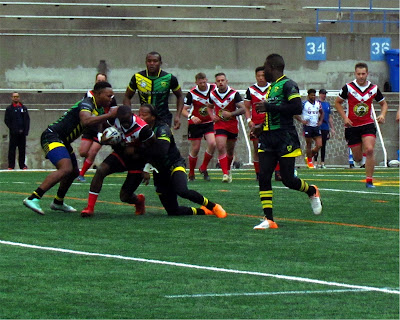 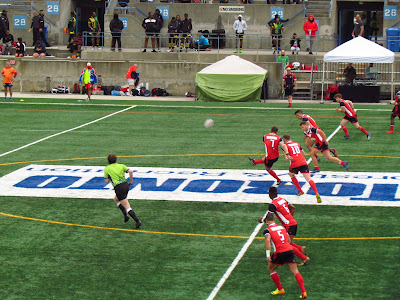 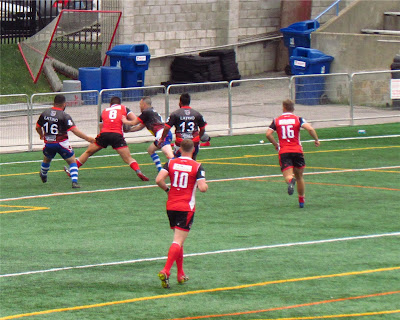 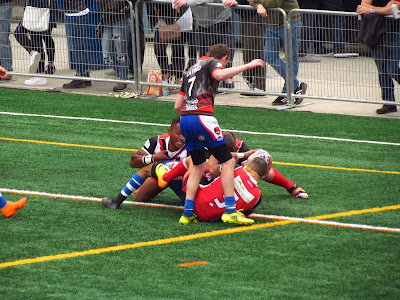 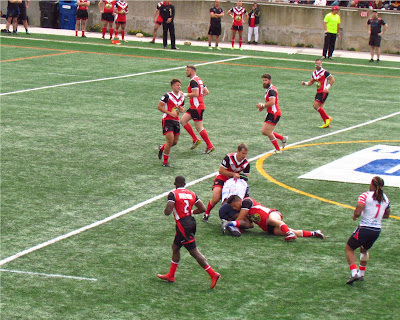 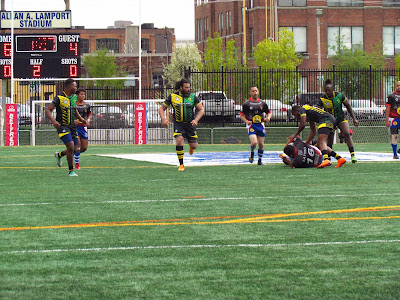 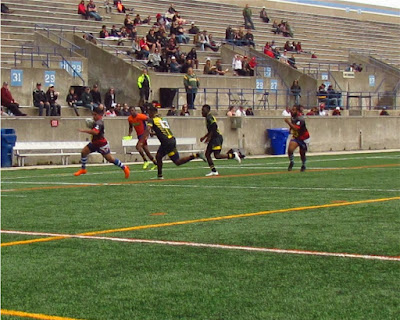 It was a fun afternoon. If the next tournament is back at Lamport Stadium, we'll certainly be there.
Posted by Swordsman at 21:01