A Visit to the Hamilton & Scourge National Historic Site 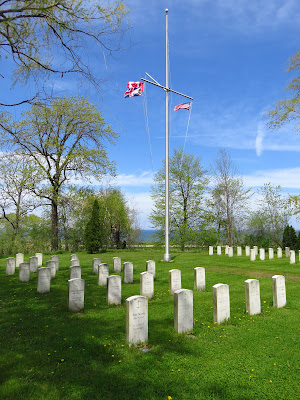 The schooners were part of a larger American fleet which had been in a cat and mouse game with the British fleet. The loss by either fleet would give the other total control over Lake Ontario and likely total victory in the War of 1812. Both fleet commanders, James Yeo for the British and Issac Chauncy for the U.S., were aware of the consequences and both were cautious in engaging the other without complete control of the wind. It was the wind, though, which did the Hamilton and Scourge in. 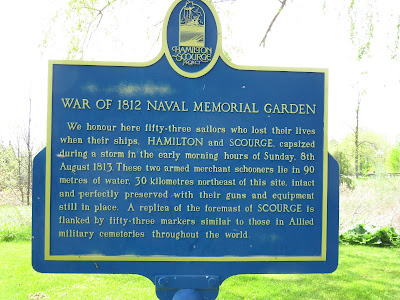 Just off the shores of this site is where the two ships went down when a fierce storm struck the fleet. The ships now lie 90 metres (300 ft) below the surface and 450 metres apart (1500 ft). 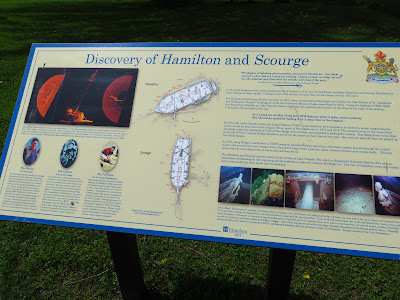 72 men were on board when the ships went down. 53 of them died. Many years later, Ned Myers, a volunteer sailor aboard the Scourge, told his story to James Fenimore Cooper, author of Last of the Mohicans, who reprinted it in his story, A Life Before The Mast. It's a little long to reprint here but is only a few minutes of very worthwhile, terrifying reading.

In the park, there are memorial tombstones for each of those who lost their life. Crew members of the Scourge are in the area to the left of the flags, those of the Hamilton on the right. 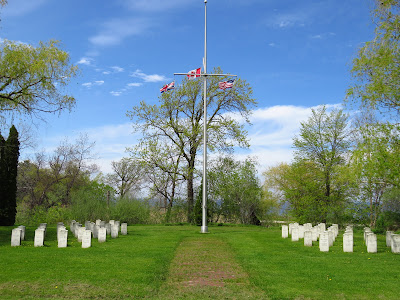 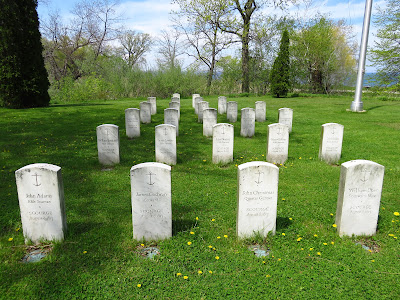 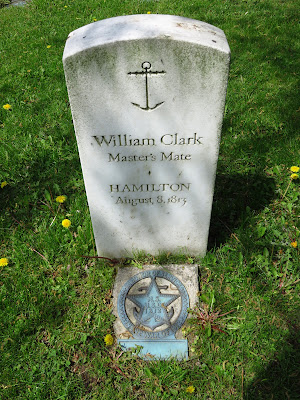 It's a wonderful tribute to those who lost their life in such a terrible time. If you're walking the trail through the park, please take a moment to visit. 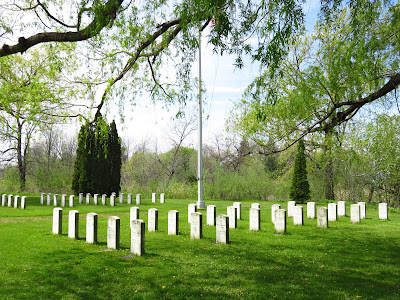