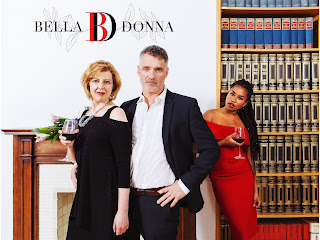 Tonight, Teena and I were at opening night for Bella Donna at the Tarragon Theatre.

While Pope Julius II excommunicates LUCREZIA BORGIA (alleged daughter of his predecessor, Alexander VI) and her husband DUKE ALFONSO D’ESTE of Ferrara, Alfonso dallies with his young mistress ANGELA DiGHILINI. Disguised, Lucrezia goes to seek a secret audience with the Pope. There she meets GIOVANNI, a young soldier, who doesn’t realize who Lucrezia is and may be evidence of a guilty secret even more devastating to Lucrezia. SISTER BIBIANA, Lucrezia’s confidante, arranges for Giovanni to come to Ferrara, where he is adroitly poisoned by Alfonso. As the evidence mounts, so do the dramatic stakes.

The play is a reworking of Victor Hugo's 1833 play, Lucrezia Borgia, a drama featuring 27 characters. Bella Donna has been reworked into a dark comedy with 6 characters, quite an accomplishment for writer David Copelin and Anita La Selva. It won for "Best Play" at the 2004 Toronto Fringe and was revised and updated for this performance by Copelin.

It's been a long time since I've been to a production at the Tarragon Theatre and have only been to two. Both were excellently done and Bella Donna is no exception. The set was minimal but well worked for each scene. The story flowed well and was both comedic as it was dramatic. The acting of all the performers was superb.

Afterwards, there was a reception with food and a chance to meet with the actors. I never had a chance to talk with Francoise Balthazar (Lucrezia Borgia) or Paul Hopkins (Alfonso d'Este) but I did meet with two.

Here I am with Dewey Stewart (Giovanni). 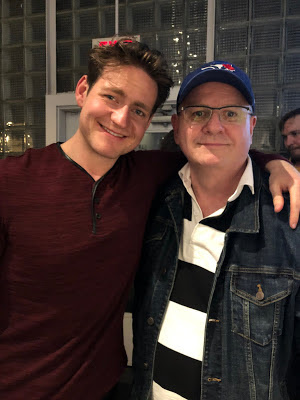 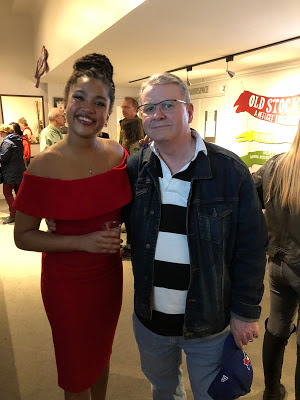 The play runs till June 1 and is well worth seeing. 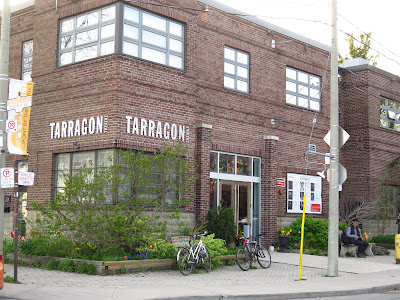