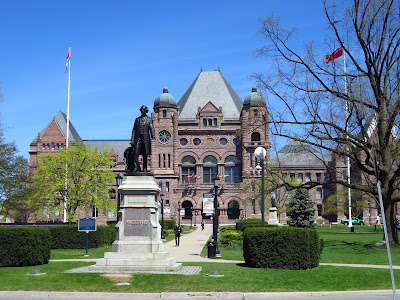 I read in this past weekend's paper that there is an exhibit on this week at Queens Park called Speaking of Democracy.

“Speaking of Democracy” features 28 quotations about the roots of, threats to, and promise of democracy. People quoted include Her Majesty the Queen, David Frum, George Orwell, Vandana Shiva, Jennifer Welsh, and Malala Yousafzai. 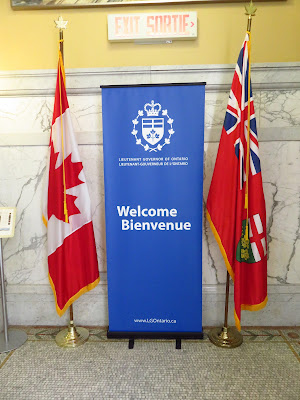 The exhibit was launched by The Honourable Elizabeth Dowdeswell, Lieutenant Governor of Ontario, who also put on the exhibit. In her tweet about she launch, she states:

Thank you to all who joined us as we launched #SpeakingofDemocracy. Democracy is a gift that requires sustained commitment. We must not be complacent observers of the changes around us. May the words on the walls inspire all who see them to think, reflect, question and act." 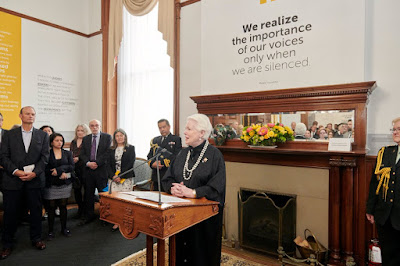 The displays were on the walls of three gorgeous rooms in the Lieutenant Governors Wing. 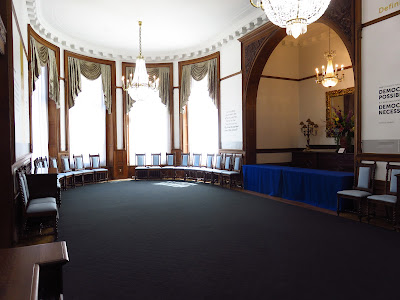 Some quotes made me think. 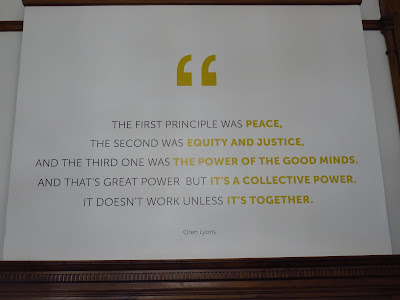 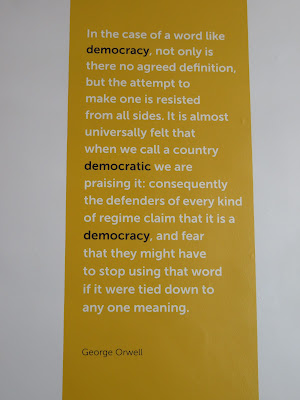 There were beautiful old ornaments everywhere. 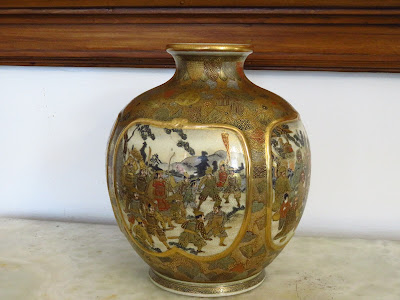 The quote below is quite true. These leaders have no idea of how their decisions affect the middle and lower classes ... no idea! 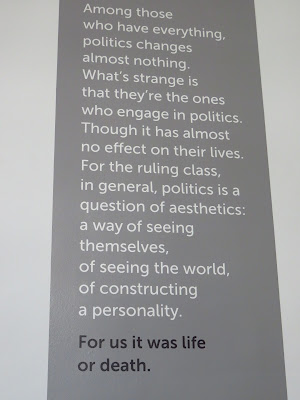 The quote below is from Malala Yousafzai. In 2012, she was shot in the head by the Taliban for speaking up for the rights of girls to receive an education. Fortunately, she survived and became the youngest at 17 to win the Nobel Peace Prize. Her words speak volumes. 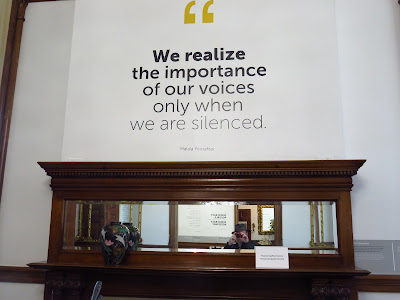 Walking into the next room. 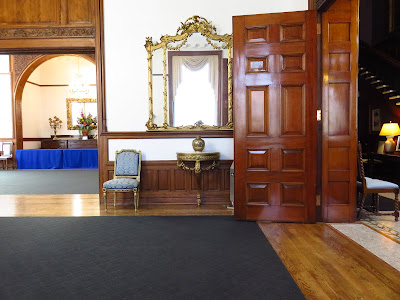 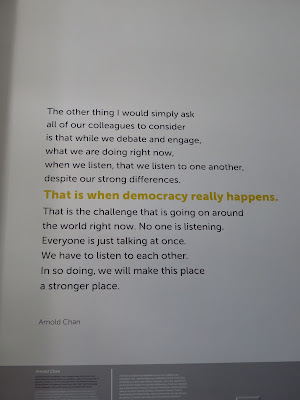 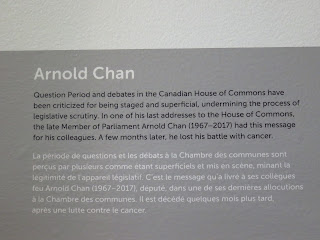 So true and our world's becoming a mess. 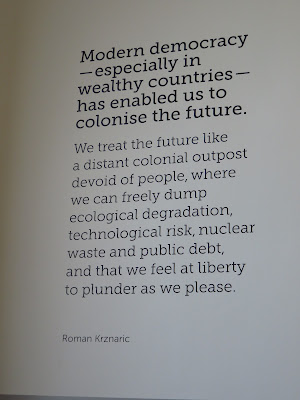 Churchill claims he was quoting somebody else but the world, rightfully so, attributes it to him. Whoever did say it, they said it well. It goes along with another quote I saw on the wall saying democracy is always a work in progress. 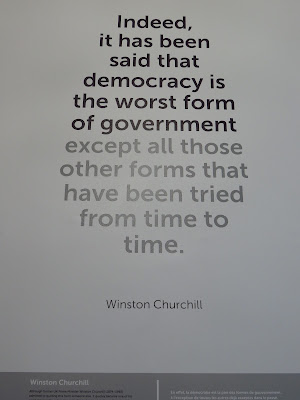 Are we seeing those weaknesses today? 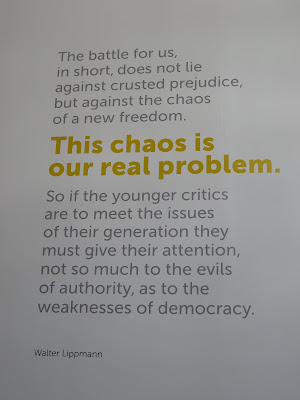 Some more of the interior. 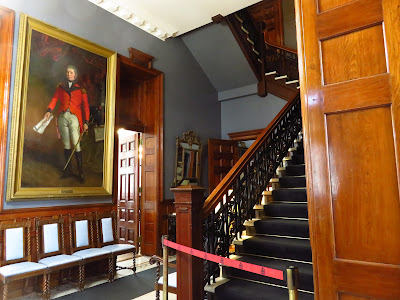 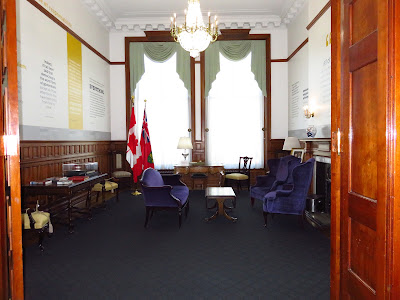 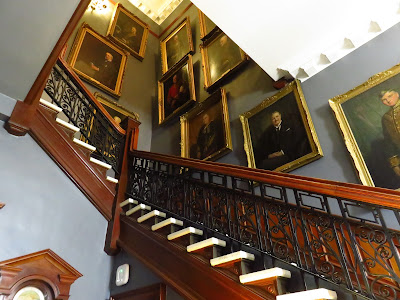 I saw a sword in one of the rooms and asked if it was the same sword as is in the two paintings on the right. It was! 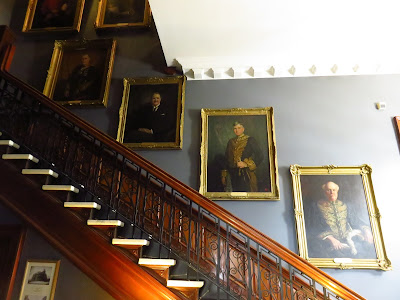 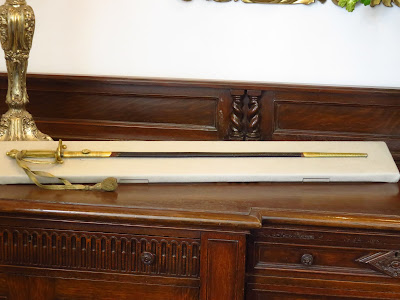 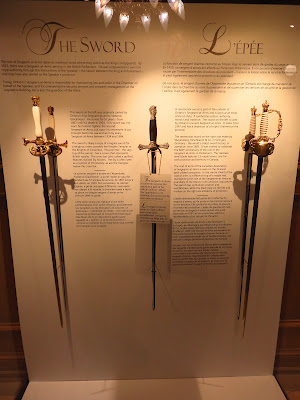 I was thrilled to see this. It's the original mace of Upper Canada which was taken as a prize when the Americans attacked Toronto, then York, in 1813. It was finally returned in 1934. 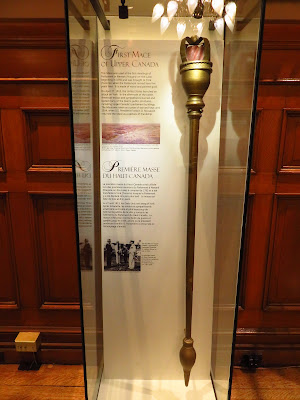 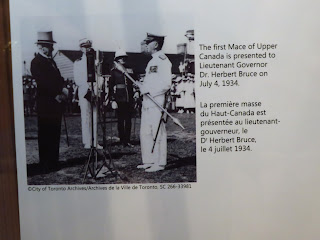 It was a thoughtful display. I'm so glad I had the time to see it and wish it could be on display longer for others to see and think about. 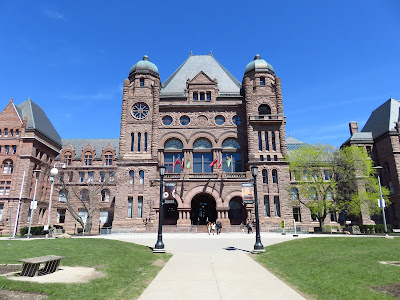 Labels: Day Trips, Things to do in Toronto, Toronto Attractions