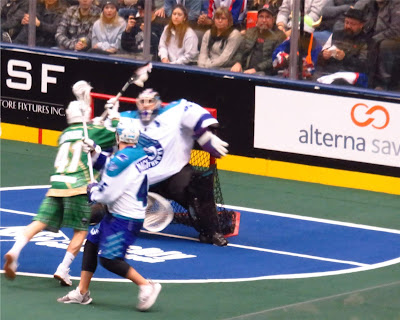 Tonight the 7-3 Toronto Rock took on the 2-9 Rochester KnightHawks in front of 12,873 enthusiastic fans. It was a wild affair.

Being the night before St Patrick's Day, a drum and pipe band joined in the opening ceremonies. 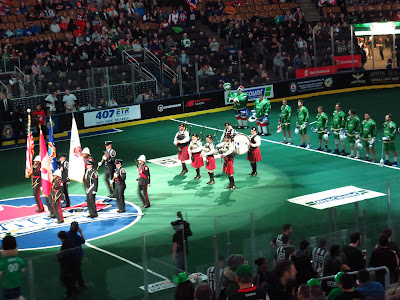 Rona and Jacob joined Teena and I for the game. It was the first time for both and they loved it. 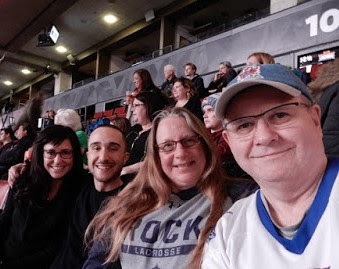 Team meeting before the action starts 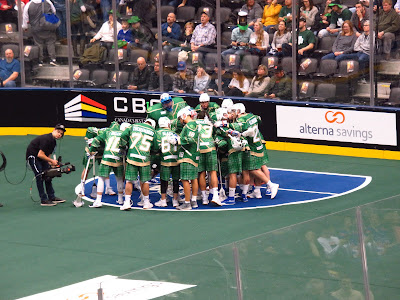 Opening face-off. Rona pointed out that the Rock were losing the majority of face-offs. The end of game stats proved her right. The Rock only won 33.3%. 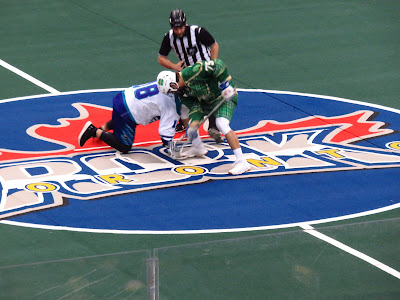 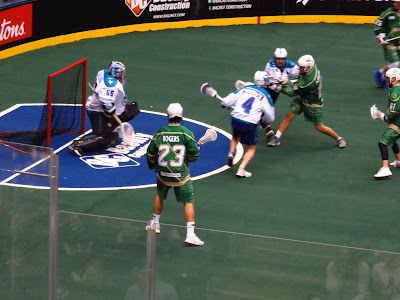 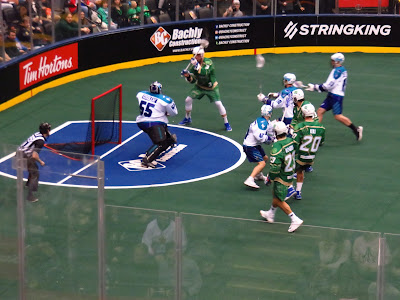 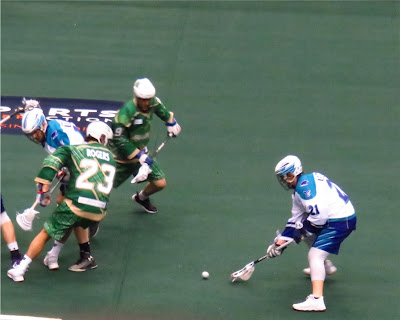 The game was tight throughout with the Rock leading by 5-4 at the end of the first quarter and 10-8 at the half.

Iggy was there working the crowd. 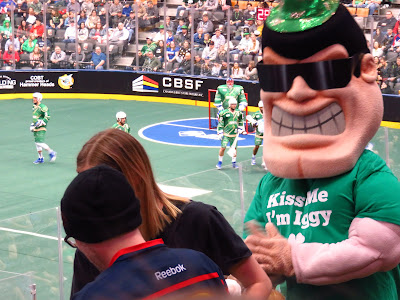 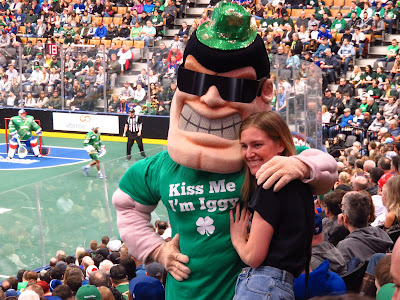 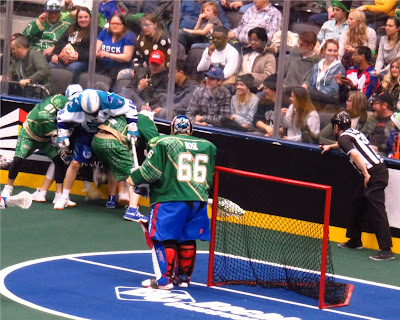 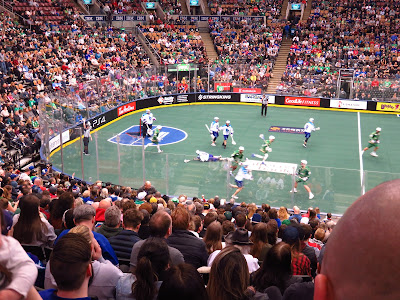 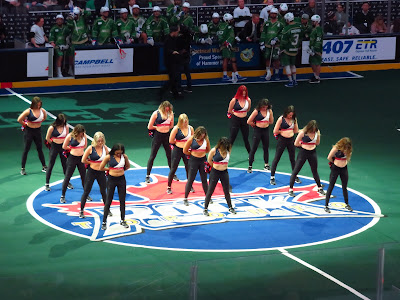 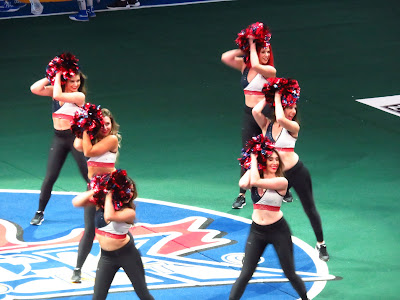 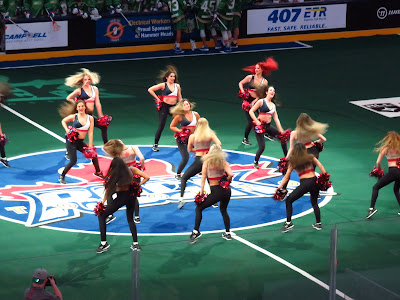 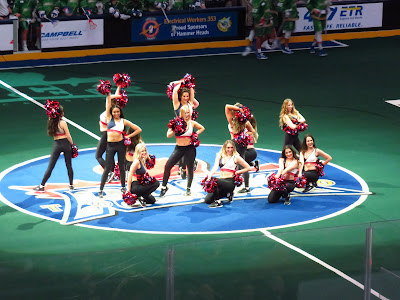 Nope. We didn't win today. It would have been nice. 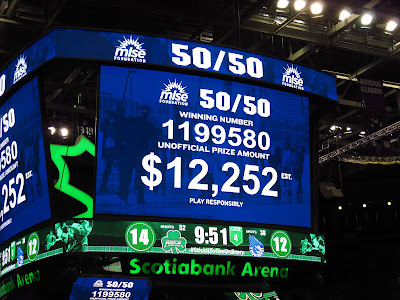 At the end of the third quarter, the Rock still led by two goals 13-11. 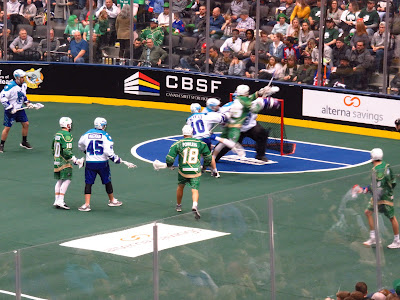 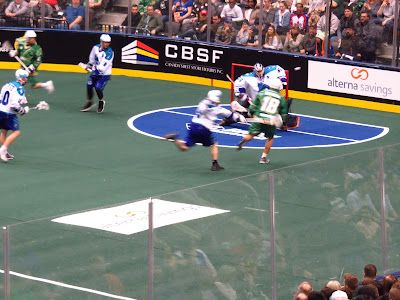 With just over a minute to go, Rochester scored to come within a goal of tying it up. With their goalie pulled, Damon Edwards charged down the court and put in the empty net clincher for a 15-13 Toronto win. 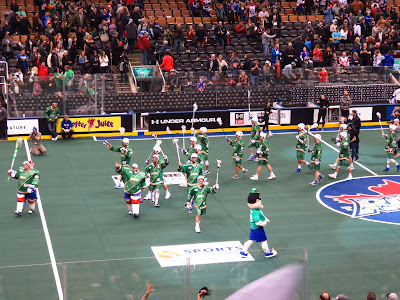 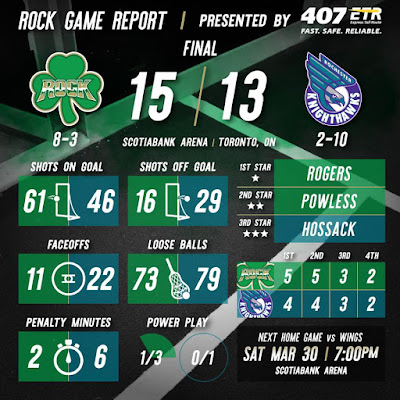 The win puts the Rock into second place in their division. They have a chance of clinching a playoff spot with their two away games next weekend. The top 4 teams make the playoffs with 1st place taking on the 4th place team and 2nd and 3rd clashing in the other.

In two weeks the Rock are at home against the Philadelphia Wings. We'll be there.

I'll end with an artsy, unexpected photo of the game. 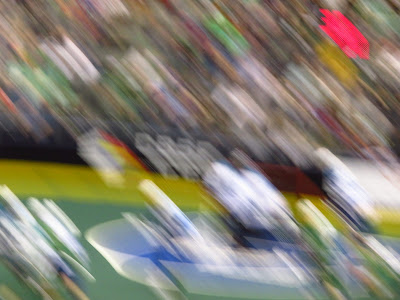