Communicating With My Donor's Family 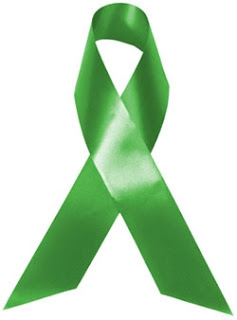 Writer Sarah Breathnach wrote “Life is not made up of minutes ... but of moments” and today I experienced a very special one.

In April of this year, I underwent a liver transplant at Toronto General Hospital through the University Hospital Network (UHN). It was an experience which I have already written about. 203 days later, I’m doing very well.

After I was called into the hospital for my transplant, Teena and I were in the lounge area waiting for somebody to come in and let us know what would be happening. I will always remember the gravity of that talk. The colours, smells and raw emotions remain vivid in my mind.

My surgeon came in and explained how my donor had just been removed from life support. Once they passed, the liver would be delivered to the hospital and I would head to the operating room. That’s when we both fully comprehended the reality of what was taking place at that moment.

While we sat waiting for a liver for me, somebody’s family was at a bedside waiting for a person they loved to pass. My hope became mixed with a crushing sorrow.

Part of the recovery process, if one wishes to, is to write a letter to the family of the donor. The letter cannot impart any details of who you are, man or woman, or age. I wanted to do this but waited months before doing so as I needed time to heal.

That letter was the hardest thing I've ever written. In not being able to give any details, I had to find a way to make it personal. I needed them to know I really understood what they went through for me to receive that gift. Their emotions. Their pain. Their loss.

I described my thankfulness for the person being so giving at the end. Then I related my own story of watching my father lose a fight with cancer at the young age of 47, when I was just 17, and how he still lives within me. I promised to look after that gift I received as a result of their loss. It was very hard to write correctly in order to convey my feelings and emotions. I could only hope that it all came through when they read it.

Today I received a reply from them. I am only allowed to send one letter. They too can only reply once and with no details of the deceased. Reading that letter for the first time was a moment in my life I'll never forget.

It was beautifully written. My God, was it ever. Not only did I feel that my words had meaning for them but it was wonderful to know the person they loved remains a part of them and they were able to move on. It would be improper for me to quote any of it as it’s a personal connection between us but their words are now a part of me.


Please sign up to be a donor. Your choice, one day, could save up to 8 lives. 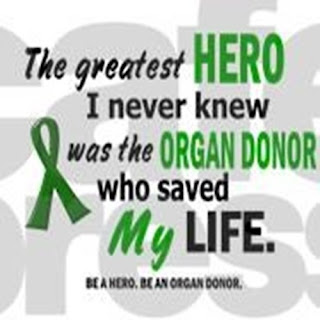