An Inside, Personal Look at Toronto General Hospital's Transplant Program 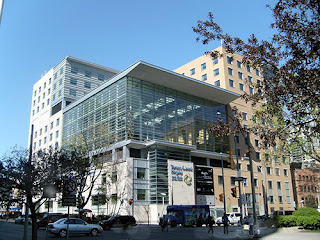 Yesterday I went for a 4,500 step walk with Teena down by Lake Ontario. I know this doesn't sound like much of a hike except for the fact that 30 days before, during the night of April 20, I was on the receiving end of a liver transplant.

I have always made sure that my driver's license and health card showed that I was registered as a donor. Never did I expect that I would be the one who would need a transplant from another.

Canadians are lucky. We have access to the busiest transplant hospital in North America and one of the most famous in the world. In 2017, the UHN program performed 639 adult transplants compared to 607 at the UCLA Medical Center and the University of California San Francisco Medical Center which completed 601. It should be noted for the purposes of this article that 195 of the transplants at Toronto General Hospital were liver transplants

Last year it was discovered that I had cancer in my liver. Princess Margaret Hospital took care of that. Originally I was told that the procedure, called a TACE, would halt and shrink the tumor but would not kill it.  It could be contained, though until I received a new liver.  However, it turned out that the cancer was indeed wiped out. The liver was weakened by the cancer and the likelihood of it returning was great so I was placed on the transplant list. 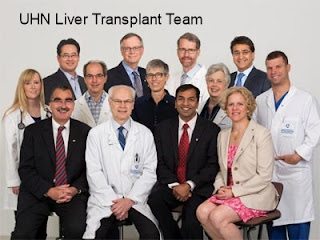 While waiting for my turn to come, I met with many doctors, surgeons and social workers at Toronto General  who all made sure that I was physically and mentally ready for the operation. My turn came up on April 20 and at 10pm I was wheeled into the operating room for my six hour operation. Let's just say that the day after my operation wasn't the best I have ever felt but, hey, it's like that for anyone that has gone through any type of major surgery.

The ward is divided into post-op stages, the first one being right after surgery in acute care where I was constantly monitored. I wasn't in there long, maybe overnight (that part is hazy) before being moved to the next unit and a less intensive level of care and designed to get me moving. My first feat of strength? Being helped out of bed and into a chair beside it to sit for an hour. The next day, though, the physical therapist had me heading down the halls for a lap with a walker. The day after, a lap or two without a walker and then I graduated to my last unit.

I spent three nights there, resting, climbing stairs with my physiotherapist, walking and being constantly looked after with medications, blood tests, small procedures and training.

Training for what? How to detect organ rejection. Surprisingly it's not IF it happens but how to recognize it when it happens. It could be in a few weeks, few months, few years, decades, but definitely will  occur.

My medications drive up my sugar levels so currently I am diabetic and had to learn how to inject myself and go through a diabetic program. I may or may not have to continue with my daily shots when one of my meds is cut off. I'm hoping I don't need it. 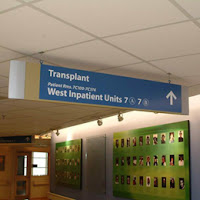 Every transplant recipient has an aftercare transplant co-coordinator and transplant doctor. The program has a call system that I had to learn about where I can leave messages that are answered the same day, or they can contact me though it for any followup, medication change or questions they may have. It's wonderfully efficient.

Six days after my operation, on Friday April 27th, I was sent home with Teena. Everyday has been a challenge but everyday too, Teena and I see an improvement.  My thanks go out to everyone who has been involved and helped me through all of this. Especially the nurses. I was so well looked after!

I know people had to suffer through a loss of a loved one for this to happen. That plays on my mind and every day I am thankful for their kindness and generosity.

There is still a long way to go to recovery but it seems to get a little faster every day. After all, 30 days ago I would have never dreamed that I would be going for a walk along the lake. Now I'm starting to look forward to so much more.


REGISTER TO BE A DONOR 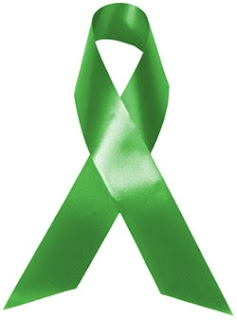