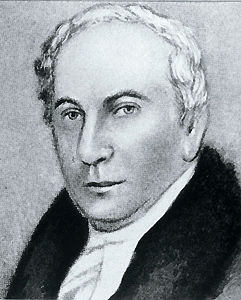 Today in 1807, successful businessman Ezekiel Hart, who was elected to the Assembly of Lower Canada for Trois-Rivières in a by-election on January 21, was told he could not take his seat in the Assembly or vote on any issues as Jews and Roman Catholics were not allowed to be members of Parliament in Britain or the colonies.

He was subsequently elected to the Assembly two more times and each time was not allowed to sit or vote.
Posted by Swordsman at 12:29