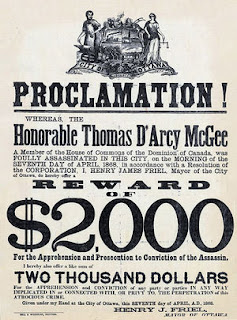 Today in 1868, MP and a Father of Confederation, D'Arcy McGee, was shot in the neck and killed by an assassin outside of Trotter's Boarding House on Sparks Street, where he stayed when in Ottawa. He was returning from Parliament Hill around 1 am after a late night session.

It is thought that McGee was killed by a Fenian for his anti-Fenian views. Within 24 hours, James Patrick Whelan, a suspected Fenian, was arrested for the murder. He later was hung for the crime. 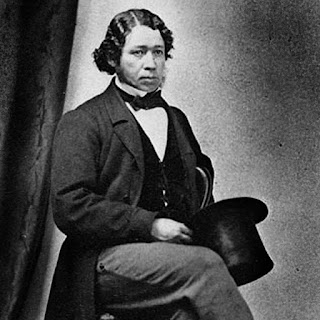