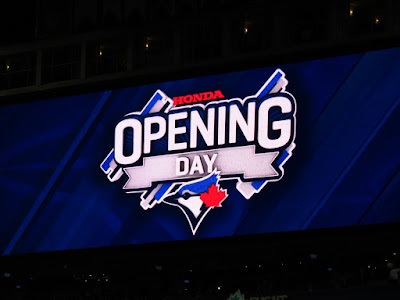 It's been awhile since the Toronto Blue Jays had Opening Day in their own ballpark. Usually it has been six or seven games into the season. There's nothing like opening day. The excitement. The anticipation.

This year we open the season at home against the powerful looking New York Yankees, who are one of Las Vegas' top bets to win the world series.

Before the start of the game, there was a tribute to future Hall of Famer, Roy Halladay, who pitched 12 seasons with the Jays and was killed in a plane crash this past winter.

Past coaches of his in the Jays' organization were introduced, as well as his wife and sons. A tribute was shown on the jumbotron and his name was unveiled on the Level of Excellence, as well as a banner bearing his Jays sweater number being unfurled in centre field.  His #32 is now the second number having been retired by the Blue Jays. 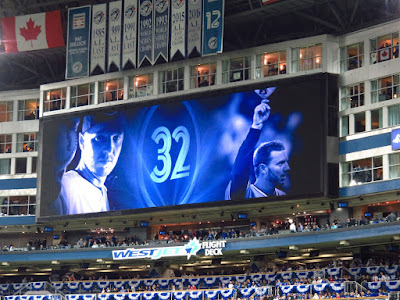 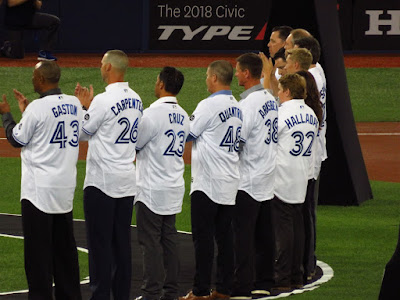 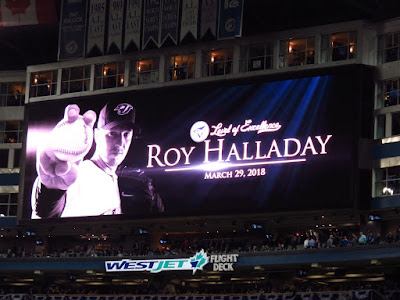 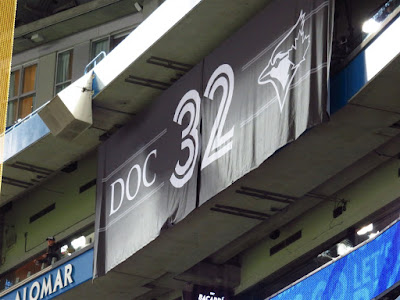 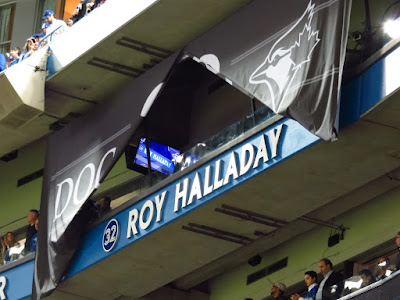 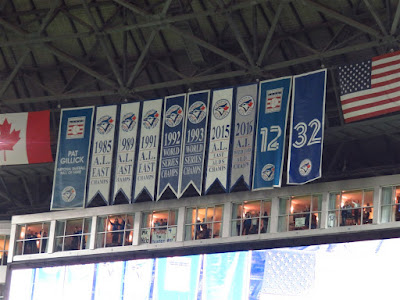 It was a touching tribute. I could see men around me quickly wiping their eyes, just like I did.

Then it was time for the opening ceremonies. A small symphony band played the national anthems and a giant flag was unfurled in centre field by members of our military. 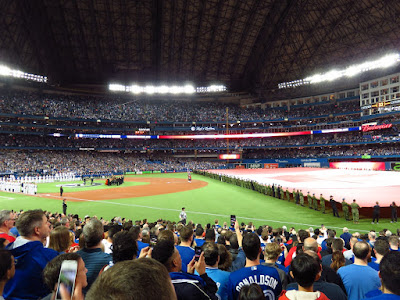 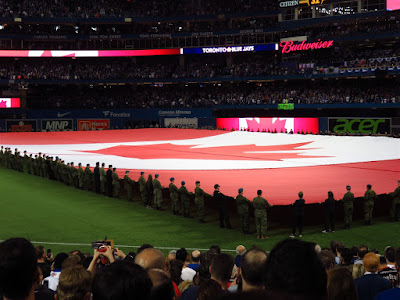 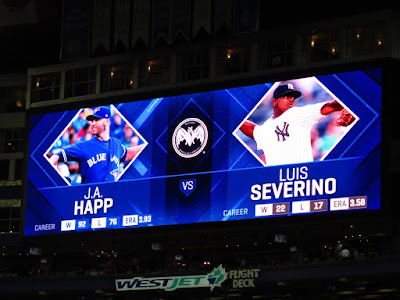 The songs that will play when each Jay comes up to bat. 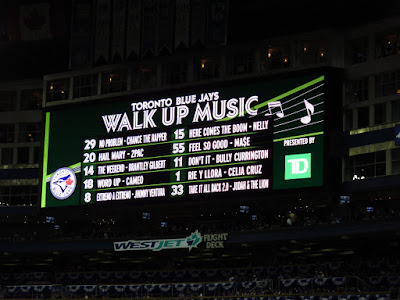 The first pitch of the season. It was a strike! 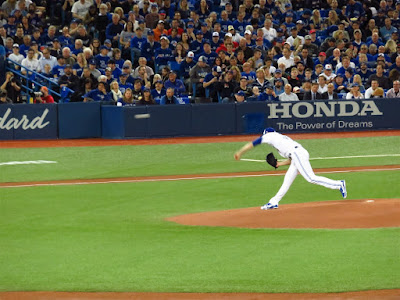 The Jays got down early in the first inning 2-0 after an error by new Jay, veteran Curtis Granderson, along with a home run. It didn't get any better from there. 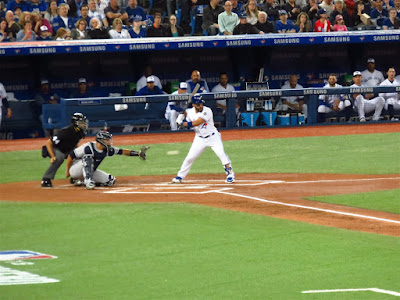 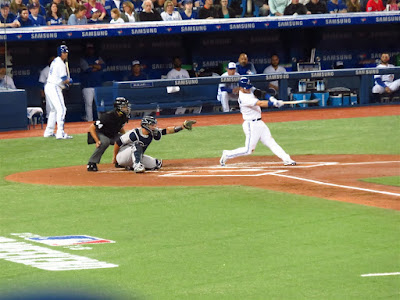 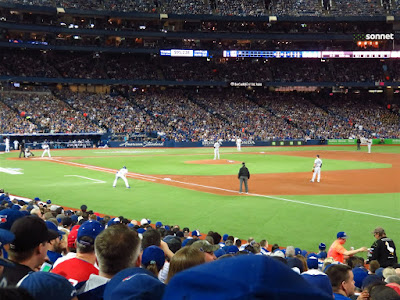 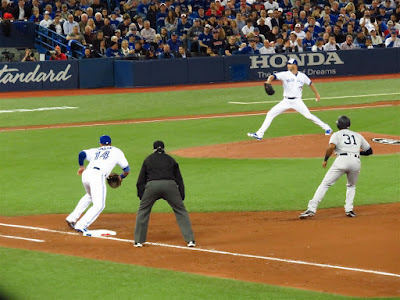 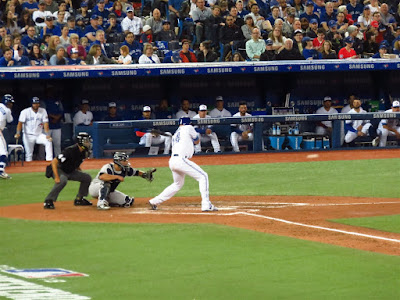 My timing is off. I wanted to show the ball just before it hit Smoak's glove. Maybe I should go to Florida with my camera with the Jays for spring training. 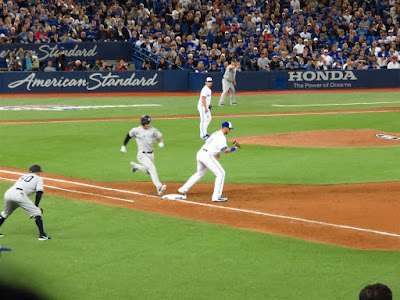 We didn't win but one fan came away from the game with a nice wad of cash. Oh, wouldn't it be nice... 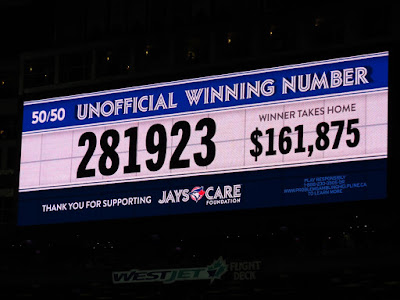 In the end, the Jays lost 6-1. Kevin Pillar scored the Jays only run on an 8th inning home run.

Not the start we wanted but hopefully things will improve. Teena and I will will back again to cheer on the Jays on Saturday, which just happens to be my birthday. Watching the Jays take down the Yankees will be a great way to spend a birthday. 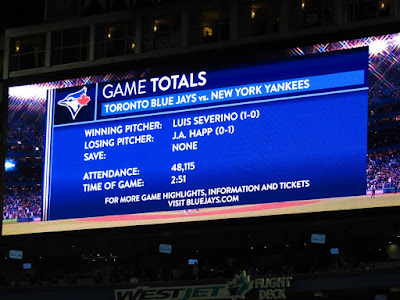