Lady Gaga at the ACC 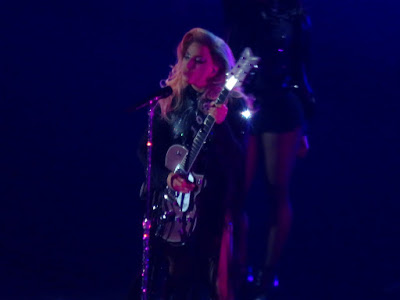 Tonight Teena and I went to the see Lady Gaga at the ACC. It was the second of two shows as she did one last night.

There looked to be three stages. The main stage behind the lights to the right and the two circular ones. 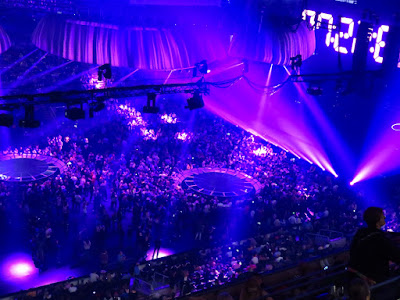 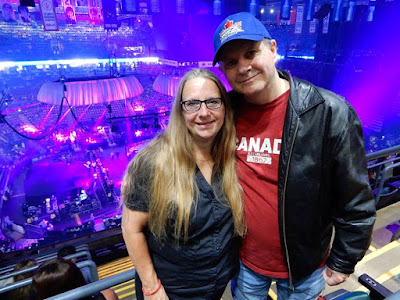 The show was scheduled for 8:30pm but she didn't come on till 9:15pm. Although she is coming off a bout of laryngitis which forced her to cancel Monday night's show in Montreal, her voice was in full form. She can really belt out a tune.

Lady Gaga sings at all her shows. No lip syncing phoniness here.

We were pleased to discover that a tent was raised off an area at our end of the arena revealing another stage. It was great to see the show planned so everybody, no mater what end they were sitting at, could see her close by. Bridges came from above so she could walk stage to stage. 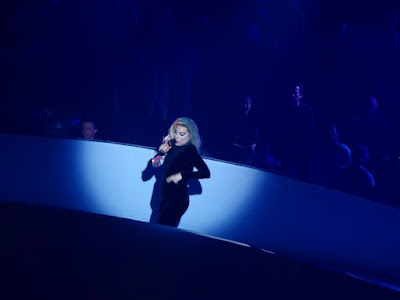 Not only is the show a full-tilt spectacle of dancing, lights and fire, Lady Gaga also showed some of her personal side. I don't believe it was an act. She talked about being broke, her father's sister dying at 19 and read an emotional letter that a fan had handed her. That was unscripted, for sure. It was too emotional for her and the fan. 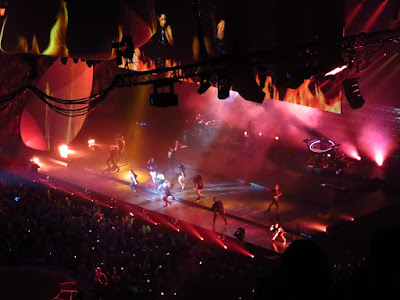 After speaking about her early life she did a solo on the piano, a slowed-down fabulous version of The Edge of Glory. For me that was the highlight of the night. She didn't sing Judas, which was one of the songs I really wanted to hear but she can be forgiven after hearing her do The Edge of Glory. I wish she would record that version. 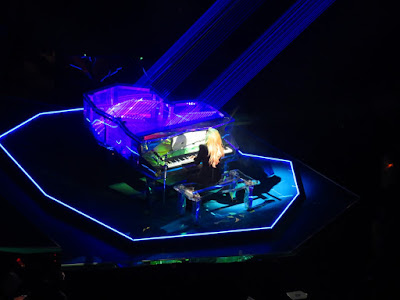 She ended the show by putting her hat (she wore many during the show and being a hat guy, I enjoyed it!) on the piano bench before the piano and her was lowered below stage. Cool ya to end it!

It was a great show that had a little of everything in it. I'm glad we managed to get tickets for it. 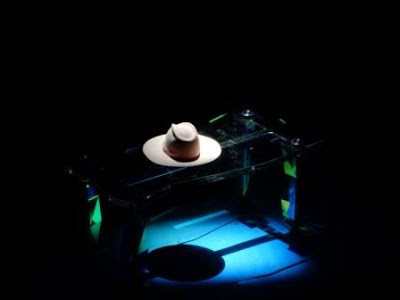