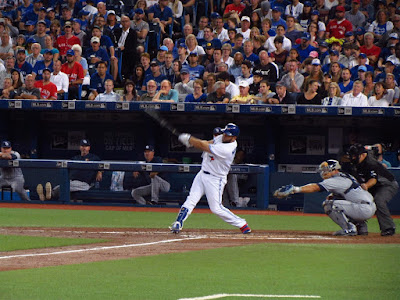 This afternoon the Toronto Blue Jays had a 4:07 start against the Tampa Bay Rays. I had a seat just three rows up, right close to left field. Too bad it was raining, though, as the roof had to remain closed. In other cities it would have meant a long rain delay so this is much better.

Usually the SportsNet game centre is curtained off when on the air but it looks like they don't do that for the pregame show. Here Jamie Campbell and Greg Zaun give their insights to the coming game. 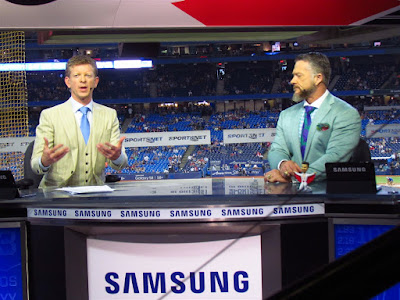 I found the warm-ups interesting. The outfielders step into power bands and do side steps in order to loosen up their legs. 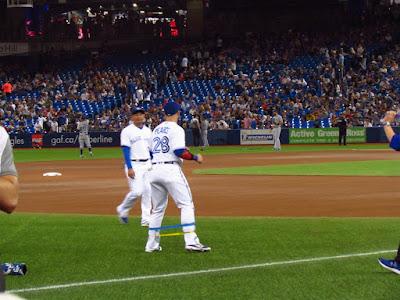 First pitch from Chris Rowley in only his second major league start. He won his first Monday night. 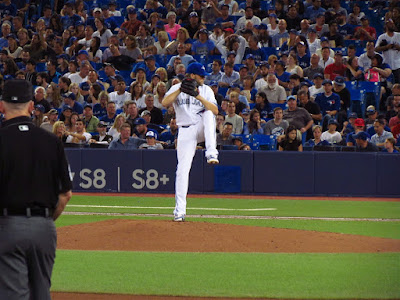 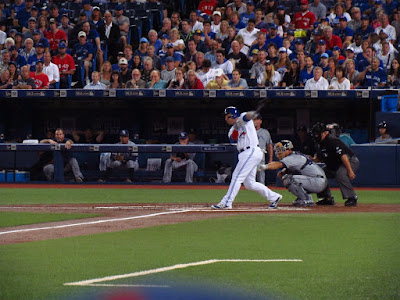 Next inning, Pearce hauls in a fly ball. 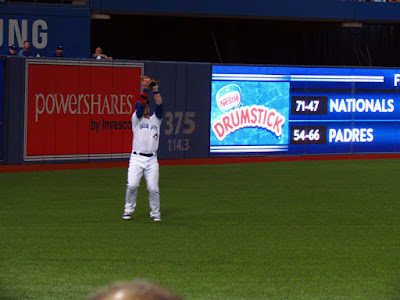 Justin Smoak singles in a run. 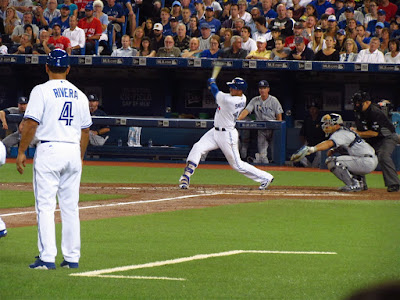 Rays shortstop Hechavarria being stalked by a bird. 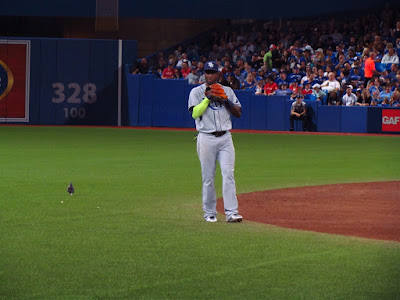 The view from my seat. 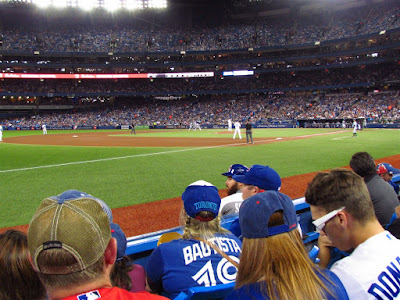 Josh Donaldson rounds the bases and receives congratulations on his second home run of the day to give the Jays a 3-1 lead. 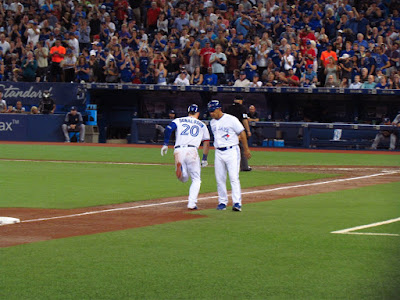 Goins attempts to turn a double play. The runner was safe at first. 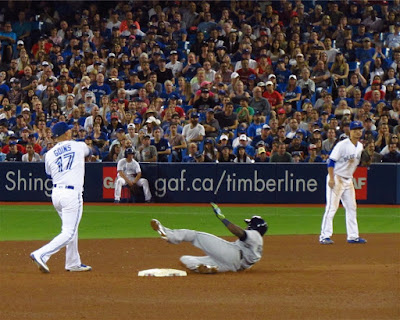 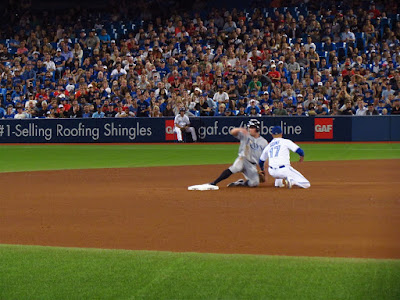 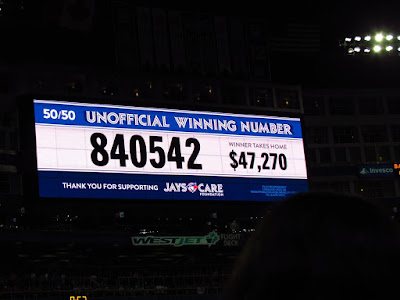 With the score tied 3-3 in the bottom of the 8th, Justin Smoak crushed a two run home run to give the Jays a 5-3 lead. Then Roberto Osuna came into the game to shut down the Rays for his 32nd save of the year and preserve the Jays victory. 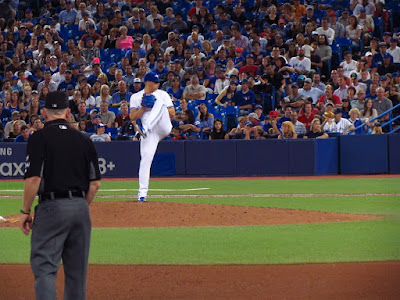 Congrats are given and received. 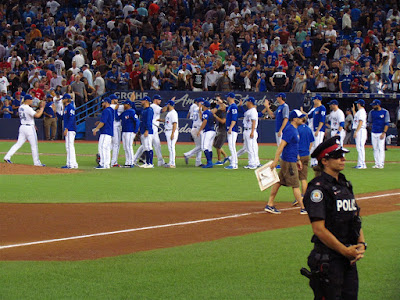 The win puts the Jays in a three way tie in the wild card race, just three games back of the LA Angels who hold down the last playoff spot. Four more teams are also ahead of the Jays chasing that final spot and many say the Jays have to jump over too many teams to make it, so are unlikely to make it to the playoffs.

Here is the math. Forget how many teams are above the Jays right now. The Jays are three games out and have won 5 of their past 6 games.They need to keep winning and if they do, will rise above the others. That's the math.

The Jays have won 5 of their past 6 games. 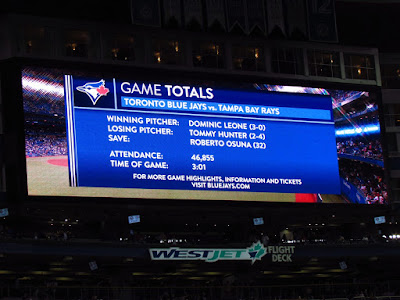