The Craft Beer Awards at the Royal 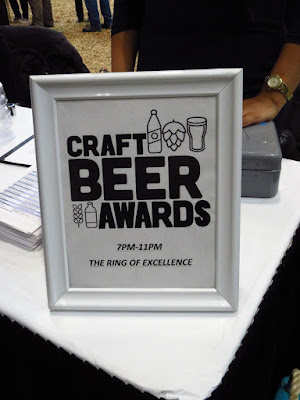 Tonight Teena and I were at the Craft Beer Awards at the Royal Winter Fair. It was an excellent deal. The ticket for the show was the same price as entrance to the fair and came with 10 free beer tickets.

We wondered where it would be taking place and it turned out it was in the Ring of Excellence, the same place that cows and horses are judged. Nobody had to worry about spilling as we were on super absorbent wood chips. There was a little left over manure from the afternoon show but that just added to the ambiance.

About 300 people were expected. It was never crowded and everybody had time to talk to the brewers and reps. The awards in four categories, Lager, Ale, Porter and Seasonal, were to be voted on by the people. 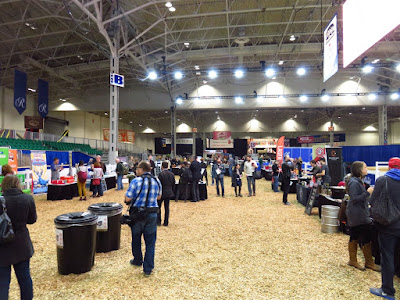 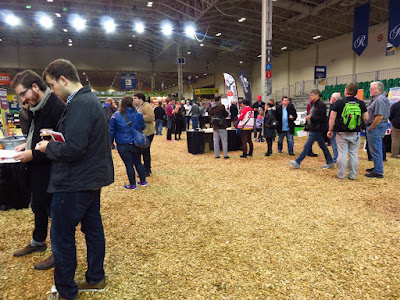 There was lots of cheese put out and refilled during night. 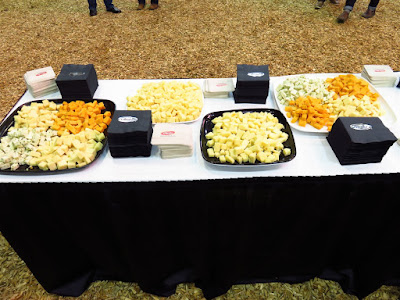 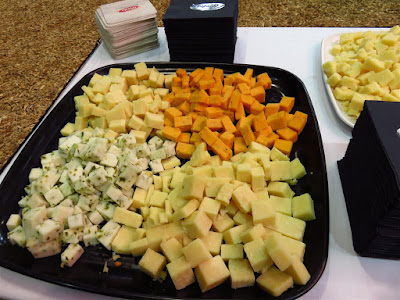 Teena and I met Gill from Broadhead Brewing before the festival. She told us about the Bodacious Blueberry Blonde Ale which we both looked forward to trying. It was terrific and Teena and I both both voted for it as our favorite seasonal. 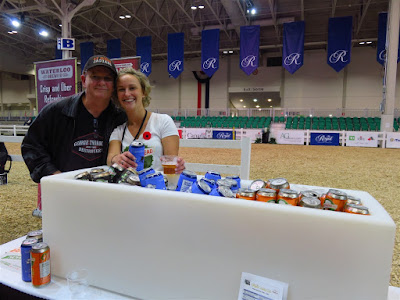 I turn my nose up at pumpkin ales but really enjoyed the one from McAuslan Brewing. 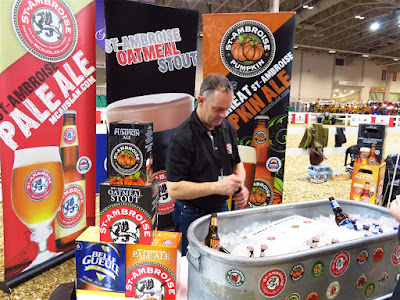 The Tracklayers Kolsch from Junction Brewery was full of flavour. 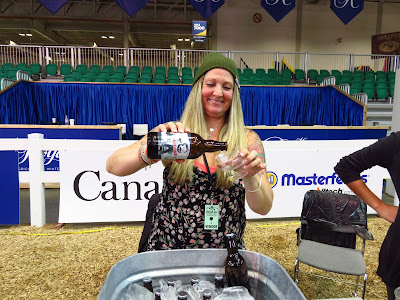 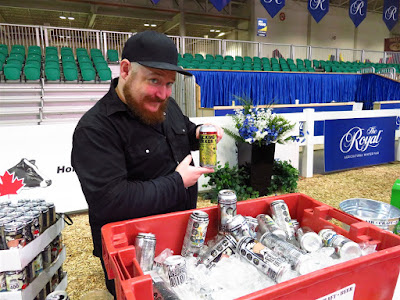 I always think of Thornbury as a cider house but they also operate Thornbury Village Craft Brewing. I had a nice Pickup Truck Pilsner from them. 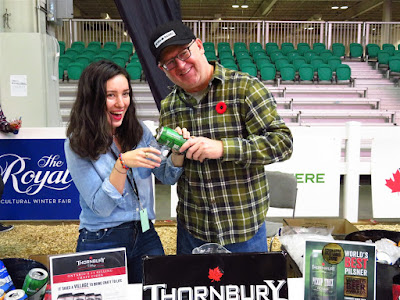 Ransack the Universe from Collective Arts was my favorite ale. 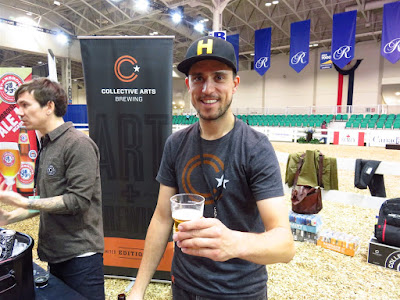 I had a doppelbock from Waterloo Brewery. 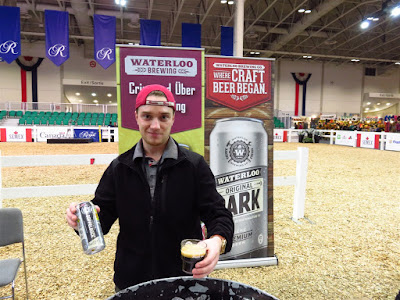 I had a Winterweiss, which is a dunkle style ale, from Muskoka Brewery. 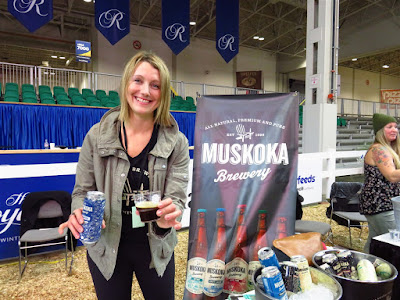 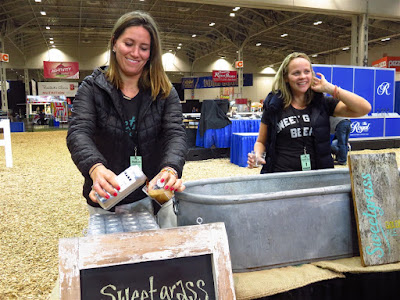 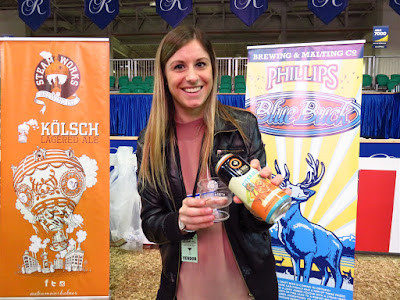 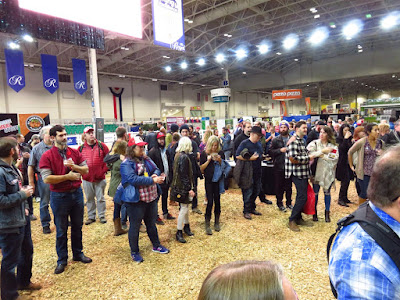 Medal winners for the Seasonal Category. 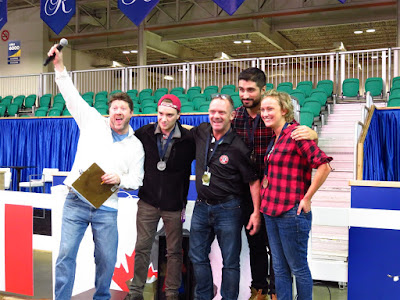 Side Launch Brewery won gold for their Dark Lager. 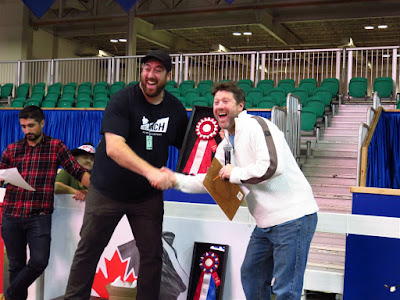 Broadhead won Gold for their Bodacious Blueberry in the Seasonal Category. No picture but Collective Arts took the Gold in the Ale category for their Ransack the Universe. 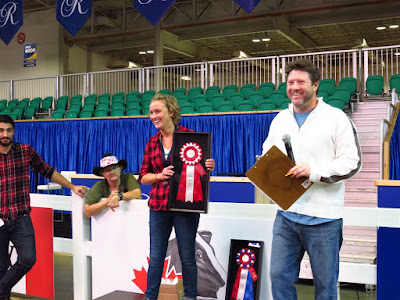 We are at the Royal which means, as they do with the animals, there is an award for the Best in Show. 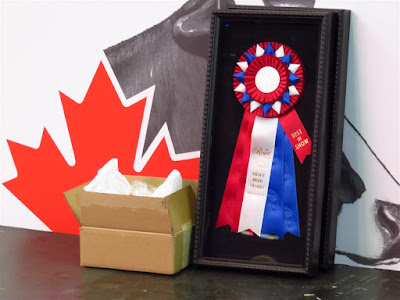 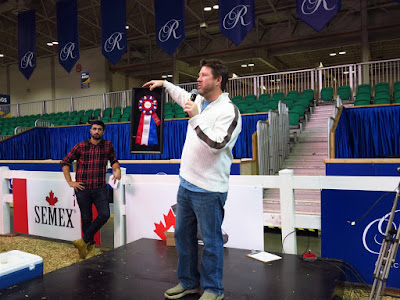 The Best in Show award as decided by the attendees was the Bodacious Blueberry. Congrats! 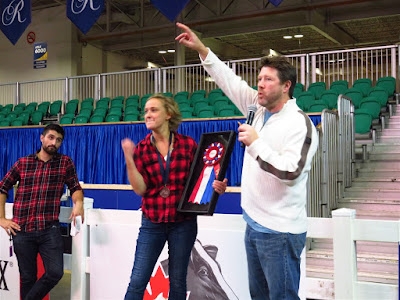 It was an excellent festival. Lots of fun and priced well. I hope the Royal does the same thing again next year.
Posted by Swordsman at 23:00