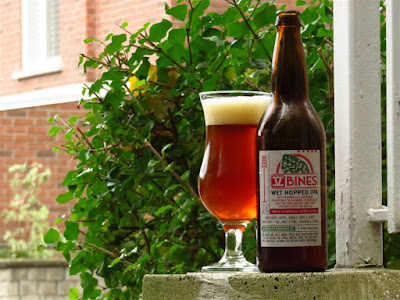 A few weeks ago I was coming home from my mother's place north of Belleville and stopped into 5 Paddles Brewing in Whitby. It's interesting that what I craved the moment I got out of my car was not beer but a sausage on a bun as the Great Canadian Meat Company is in the same complex and were cooking up sausage. 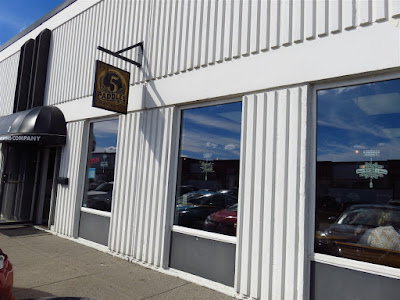 The brewery had its grand opening on June 13, 2013. The name is interesting. I saw a canoe hanging from the roof and thought that might be where the name came from but was wrong. It's not a canoe paddle they were referring to but a mash paddle. According to What's Brewing:

A lot of people ask them where the name 5 Paddles Brewing Company came from. After bantering about potential brewery names for a few weeks, they came up with the name based on all of them having a hand, or mash paddle for that matter, in the brewing process. All five of them are brewers and are active in the direction of the brewery, the recipes that they create and the actual brewing process and it is for these reasons that they are called 5 Paddles Brewing Company. 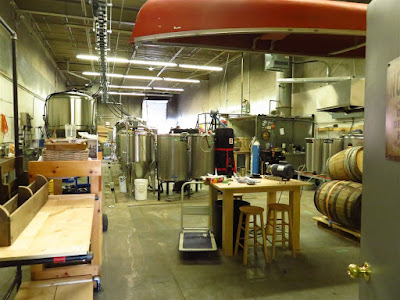 They have a sampling area. 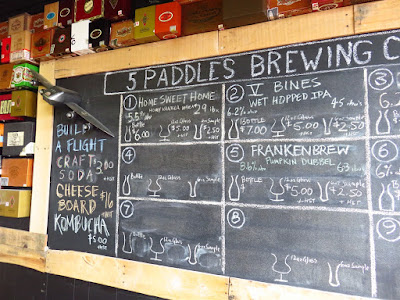 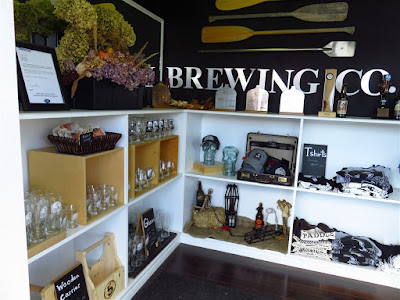 I came home with some V Bines Wet Hopped IPA.

So how was it?

Wet-hopped really means fresh hopped, adding hops that come fresh from the vine. The hops in this beer were picked on a September morning and were used for the the brew that same afternoon.

V Bines pours amber colour with a white head. There is lots and lots of citrus in the aroma.

The citrus also comes through right away on the first sip but not in a bitter way. Just as a nice citrus addition. Then quickly that full flavoured citrus is followed by a bitter citrus which carries right through to the finish. It's one delicious beer for sure!

I doubt I'll get out to Oshawa before these are sold out but am happy I had the foresight to buy three bottles. My next trip home from my mother's will include a stop into this industrial complex for more 5 Paddle beer and some sausage.