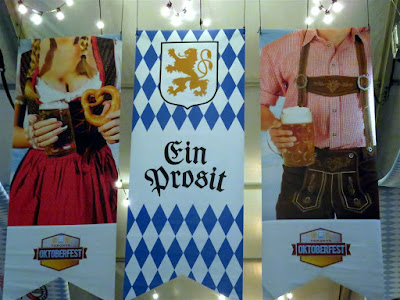 Tonight Teena and I were at the Toronto Oktoberfest, which is our third year attending this festival.

Join 5,000 others dressed in dirndls and lederhosen at Toronto's largest Oktoberfest, celebrating Bavarian heritage with food, beer, music, and a fun fair modelled after the original Munich event. This two day festival takes place in a massive Festhalle tent and outdoor Bavarian Village.

There will be lots to do, from eating, singing, mingling, sporting lederhosen, listening to polka music, speaking German (or attempting to), and performing the chicken dance! 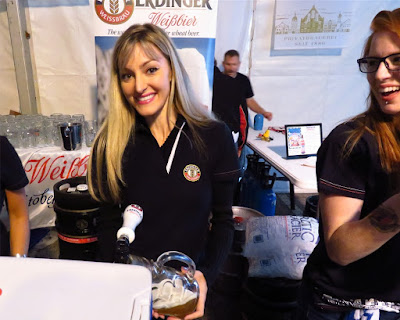 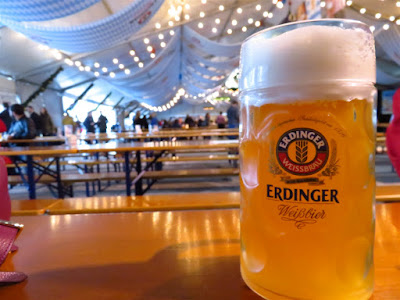 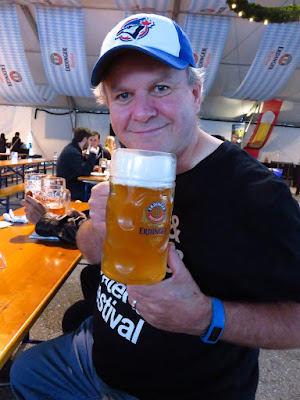 Other years there were five or six different German breweries at the festival. This year Erdinger seemed to sponsor the whole event, although Steigl had a small stand, as did Pommies Cider.

Women, I guess men could too, could get their hair braided. 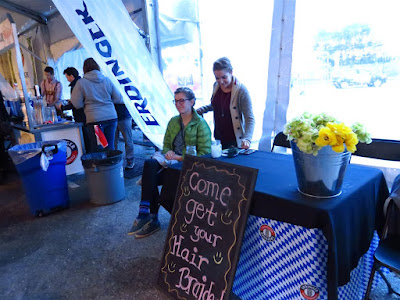 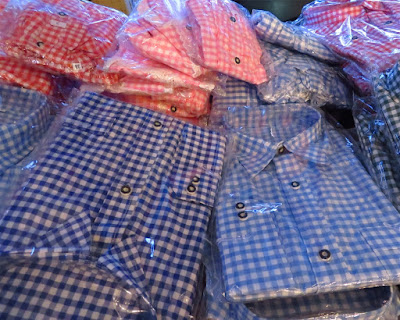 Teena and I and our steins. 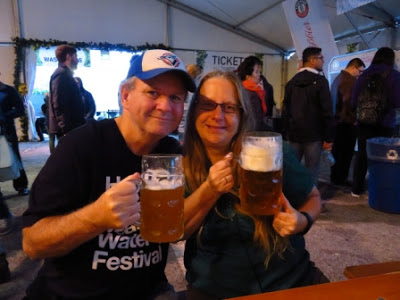 The German band was good but the way the tent was set up, you could only hear them if you were right in front. The tent was long and the band was set up in the middle, facing width wise so really nobody could see or hear. 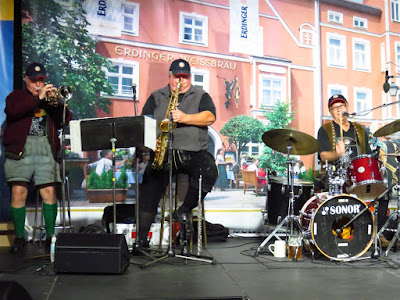 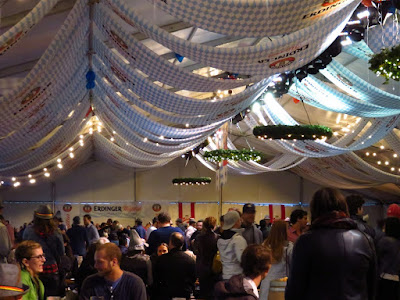 This game seems to be at all the beer events. 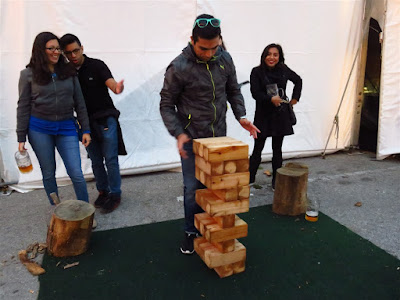 Indie88 were giving out sunglasses. 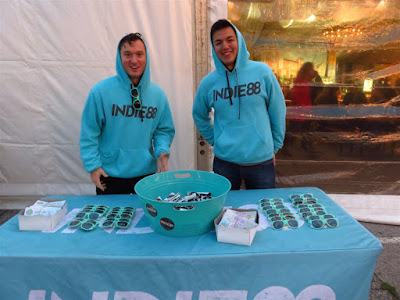 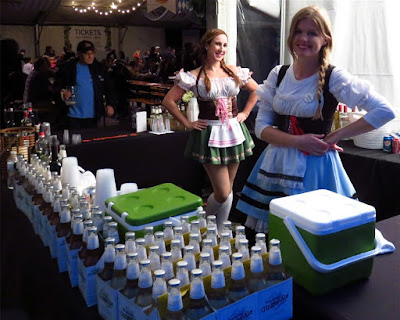 These ladies were going from table to table serving Jagermeister. 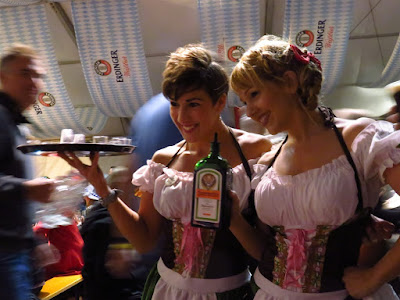 I followed my Erdinger Wheat with a Dunkel. 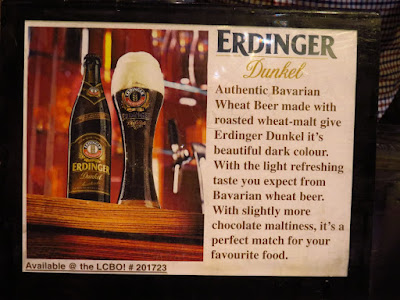 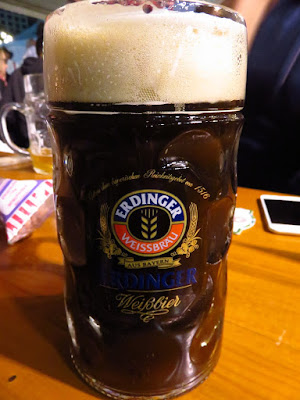 We couldn't hear the band or see the dancers and the whole thing was not as much fun as other years, so we left early. The food lines were too long as were the beer lines. It really was not well organized or set up.

If they get back the old tent, we would go again but if they have this same setup next year, we'll likely skip it.
Posted by Swordsman at 20:30