Toronto Blue Jays ... Not With a Bang But a Whimper 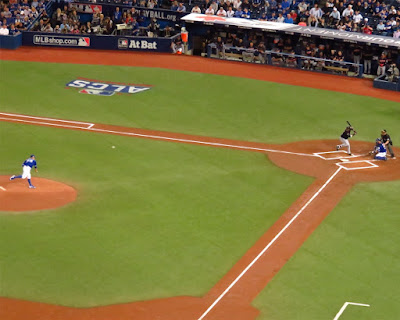 Tonight was do or die for the Toronto Blue Jays. In a best of seven series, they came into tonight's game down three games to one. A loss and they were out. It was a sell-out crowd that showed up. 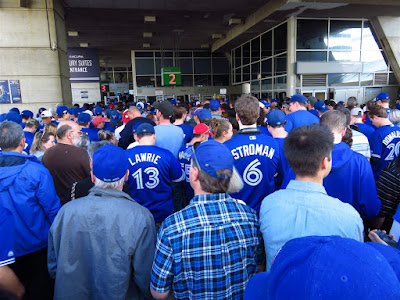 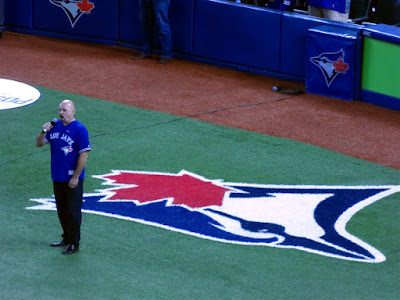 The exchange of the score cards. 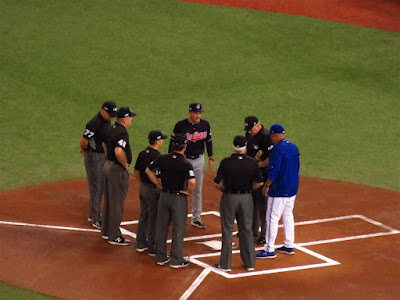 We get them out at first. 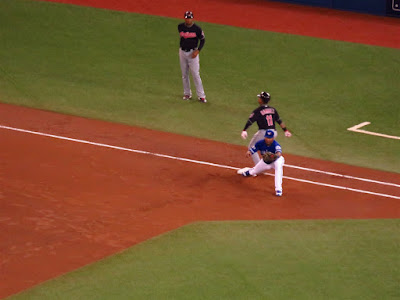 Josh Donaldson was one for four at the plate. 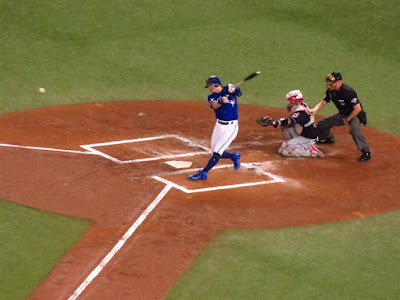 I bought my ticket on Stubhub for what I thought was a fair price. My view. 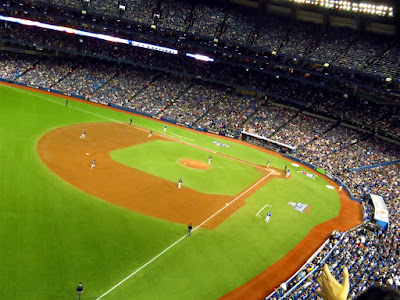 Jose Batista was two for four with a double. 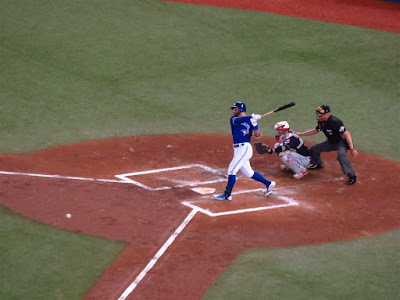 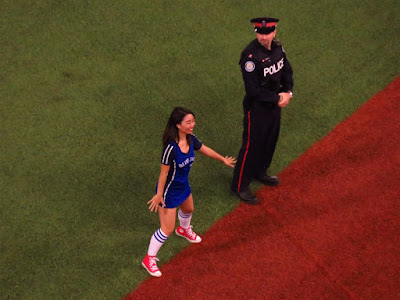 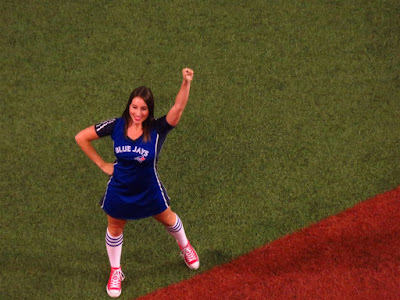 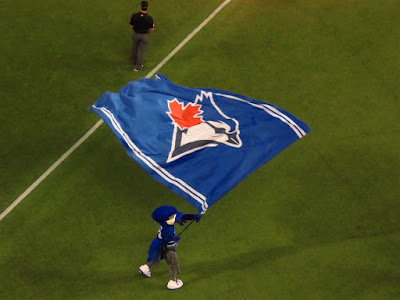 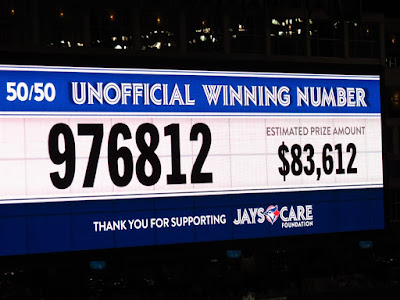 An drunk asshole who'll receive a big fine and hopefully a night in jail for disrupting the game. 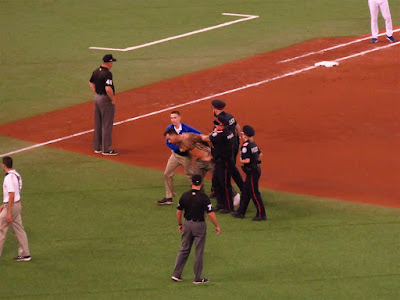 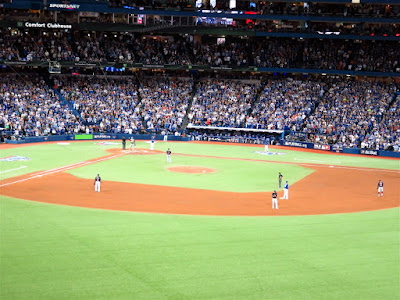 The series clinching out. 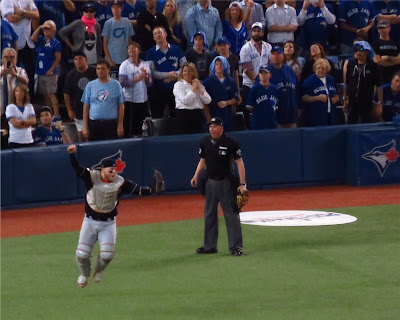 The Jays lost 3-0. In five games, they were shut out twice, scored only one run in one game and two runs in another loss.

Coming into the season, everybody thought that the bats were OK with the pitching questionable. At the beginning of this season Josh Donaldson, in my mind the Jays' star of this series, said that as long as the Jays pitchers could keep them in the game, their bats would give them a win.

Not in this series.

The Jays pitchers gave up only gave up 12 runs in 5 games. The bats died as they only scored 8 runs in the series.

Oh well. Many great moments to the season and many more in the playoffs. Hopefully after the dust settles with free agency movements, we end up with a team that gets this far and hopefully farther in 2017.

Thanks Blue Jays for another great season!

My memories from tonight. 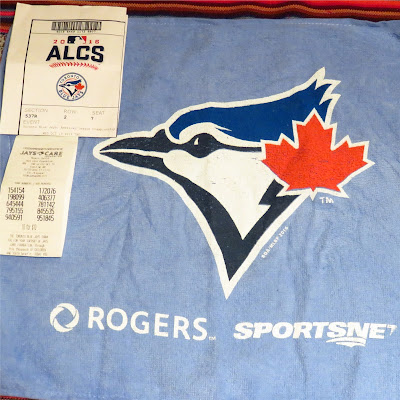 Great Pics and I agree with your comments