One Team Record Set, Another Tied at Jays Marathon Game vs Indians

This afternoon the Toronto Blue Jays took on the Cleveland Indians. The Jays had lost their last two games whereas Cleveland came into this game having won thirteen in a row and with a win today, would set a franchise record for longest winning streak. It would be a six hour and thirteen minute marathon to decide it.

There was a Blue Jay towel give away. I thought it was going to be small rally towels but instead they were quite large! 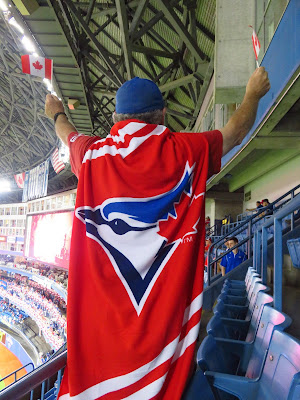 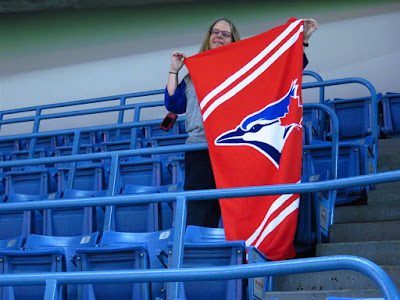 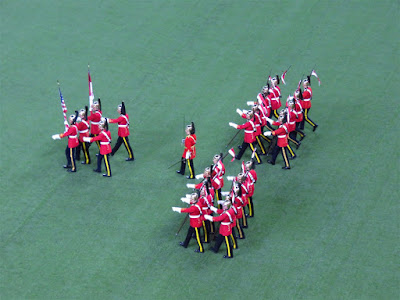 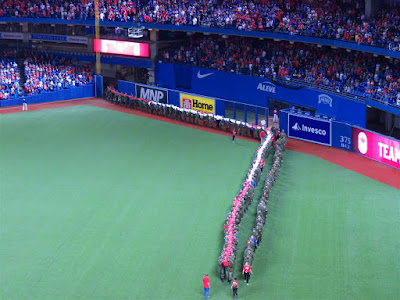 Some of our 2016 Rio Olympic athletes were introduced. I fenced against one,Joseph Polossifakis, a few years ago. He beat me 5-0 in abouot a minute and never worked up a sweat. In a smaller fun foil tournament (a weapon I had never used till then) a few years ago, I was teamed up with Eleanor Harvey, who carried us to a silver medal. It was her and her friend all the way, but I did win the odd match. She's a fabulous really nice, very competitive woman who I think will do very well down there. 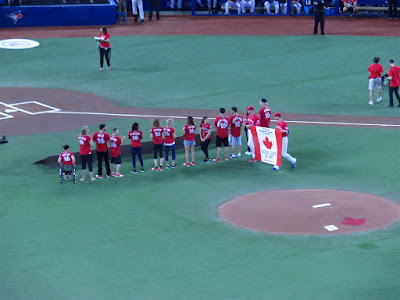 The flag was unrolled and the national anthems were sung. 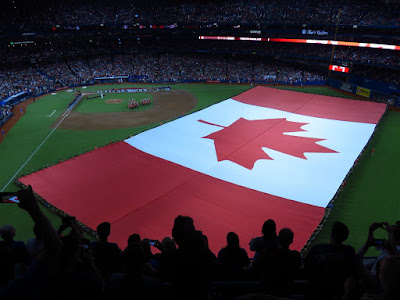 It's the first Canada Day that it rained so the roof was closed. 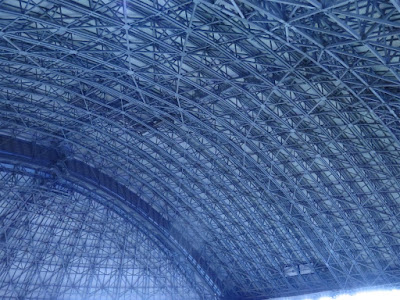 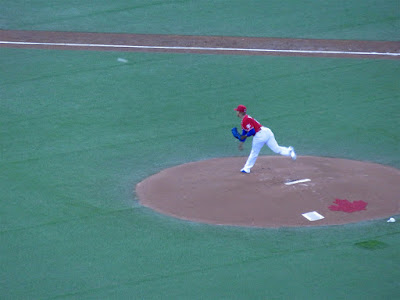 Edwin Encarnacion takes this pitch for a strike in the first inning. After this, at bat he said something to the umpire which got him tossed from the game. Gibbons, the Jays' manager, was too. 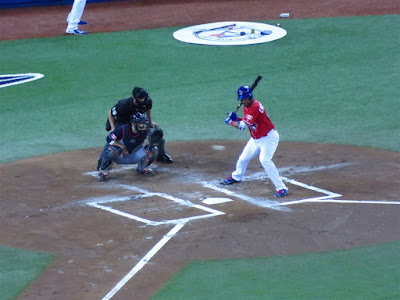 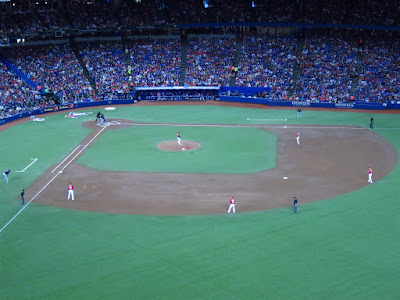 Out at first to end a Cleveland inning. 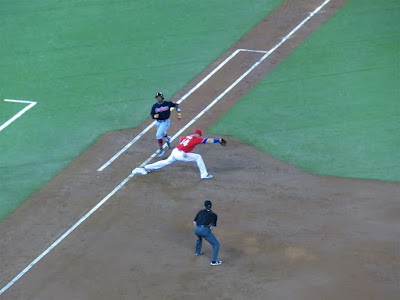 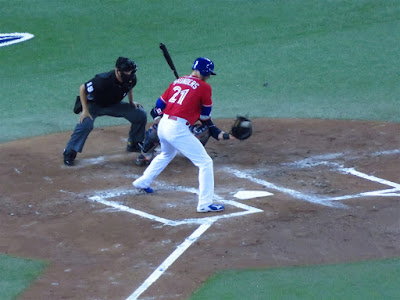 Kevin Pillar made a great catch in the tenth to save the game. He singles here. 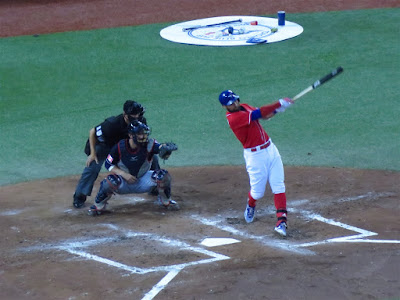 Nice to see Brett Cecil back. He faced one batter and got him out in three pitches after pitching a scoreless inning last night. 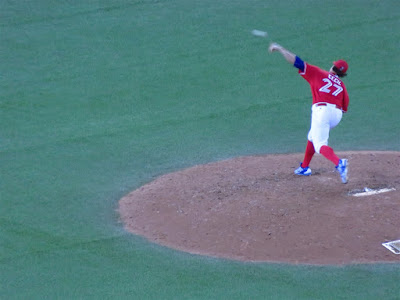 Josh Donaldson was no for six tonight. 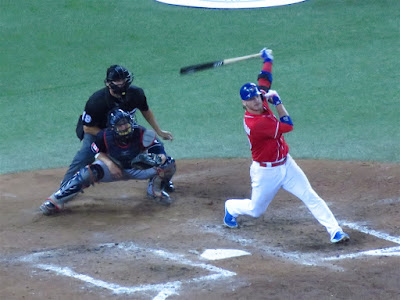 45,825 fans were in attendance and still about a third were left at the end of the six plus hours. 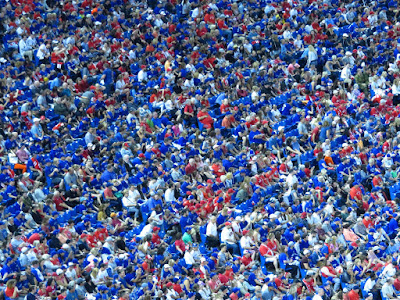 Tonight's 50/50 draw prize was huge. Teena and I already had plans for it but they were dashed when these numbers came up. 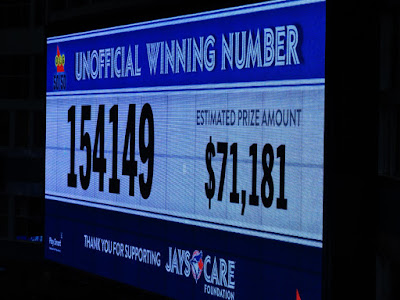 Osuna came in and shut down Cleveland in the ninth. 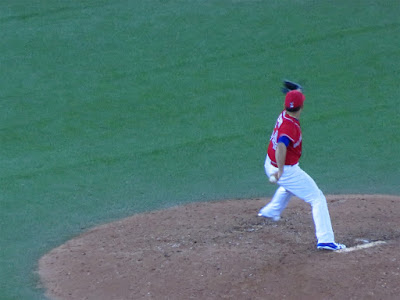 This was an out in the bottom of the ninth. 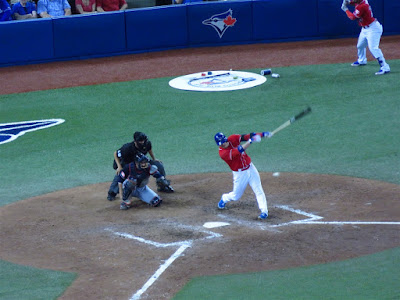 In the bottom of the 13th, Russel Martin struck out, said something to the umpire and was tossed. Then he lost it! I think he may have bumped the umpire and will face a suspension. He acted as though he was going to punch the umpire if not held back. 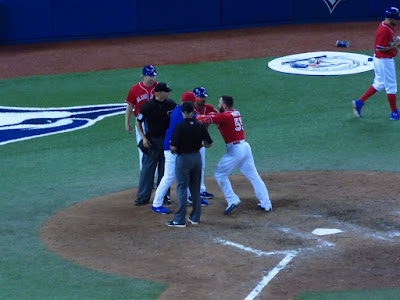 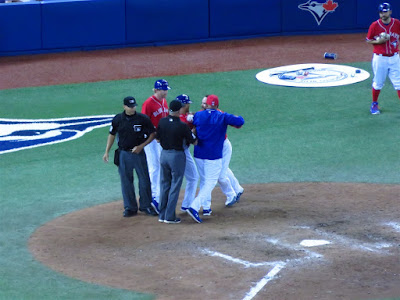 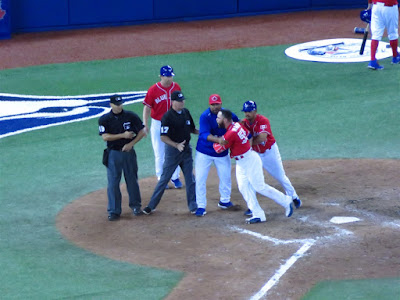 Look at this! Even though the game was still tied going into the top of the 18th, second baseman Ryan Goins came in to pitch. He got himself in trouble and had men on first and third with nobody out but pitched out of it, with no runs scored.! 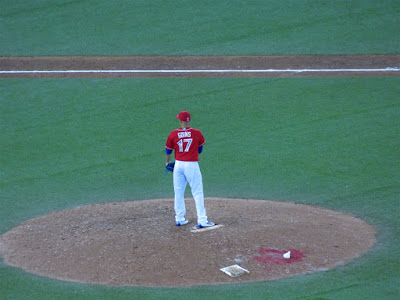 Here's how it went courtesy of CBS Sports:

Michael Martinez: Ball, Martinez reached on fielder's choice to second, Ramirez out at home, Chisenhall to third, Martinez to second. 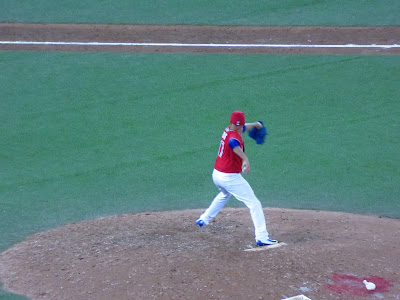 The Jays put a man on first in the bottom of the eighteenth inning with one out, but could not score him. So in the top of the nineteenth inning, infielder, Darwin Barney, came in to pitch. He gave up a home run right away but then settled down to get a line out, a pop out and yes, a strike out! 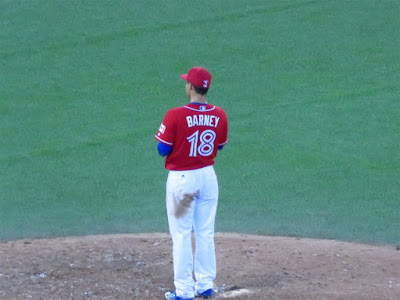 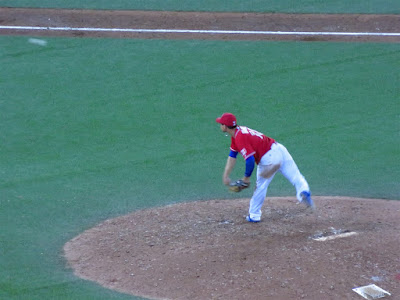 In the bottom of the nineteenth, with the top of the Jays order up ... they went quietly into the night.

We sure got our money's worth today. It was an exciting game with lots of action, missed chances and a few unusual events. It may be a loss but I feel one that will spark the Jays in the games to come.

Congrats to Goins and Barney who did a fine job filling in at pitcher and saving some arms for the next few games. 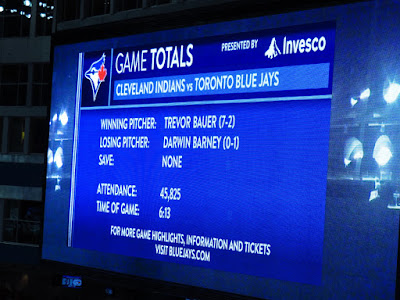