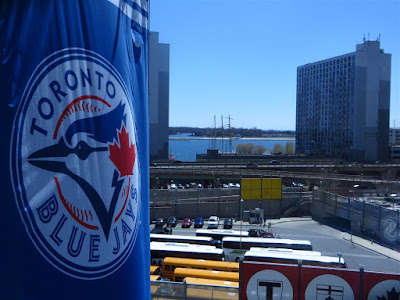 This afternoon Kevin, Alfred and I were at the Rogers Centre to watch the Toronto Blue Jays take on the Oakland Athletics. The Jays came into the game with an 8-10 record having lost their last three games, while the Athletics came in 10-7 with a perfect 7-0 record when playing on the road.

It was Junior Jays Saturday and this young girl, Hannah Levinson, did an excellent job singing both National Anthems. 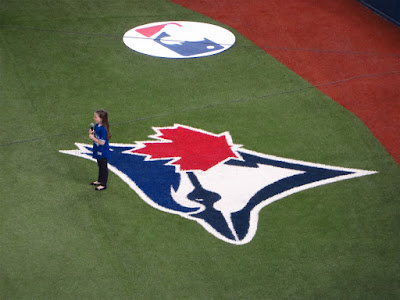 The umpires meet at the plate. 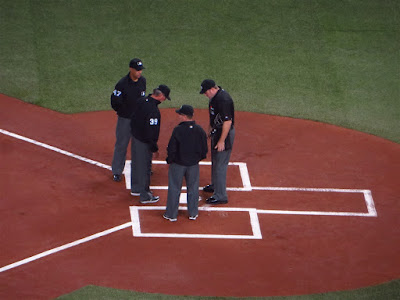 J.A. Happ fires the first pitch. If you wonder why pitchers have so many arm/elbow injuries, look at the bend in his arm. 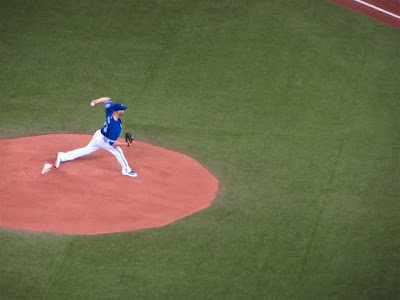 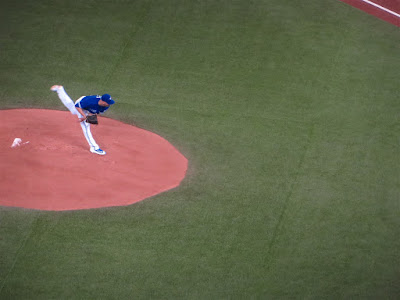 Bautista takes a big swing. Although he didn't get a hit, he did manage to drive in two runs. 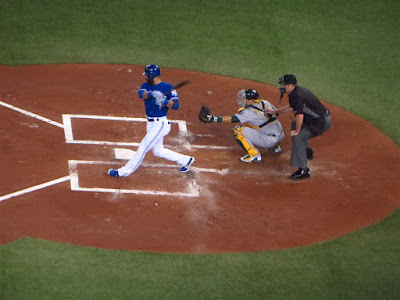 Encarnacion did not have a good game, going 0-4 and striking out twice. 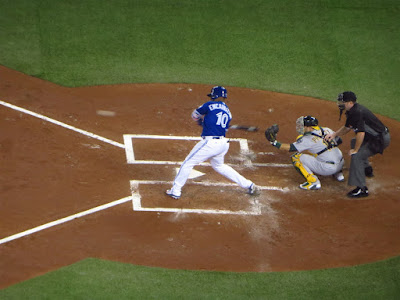 We were in the upper deck with a good view of the field. 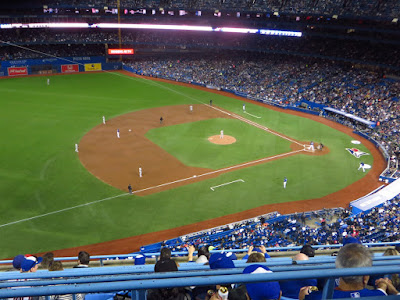 Russell Martin gets a hit here and drives in a run. The Jays scored two runs in the first inning and another three in the second. The game never really was in doubt. 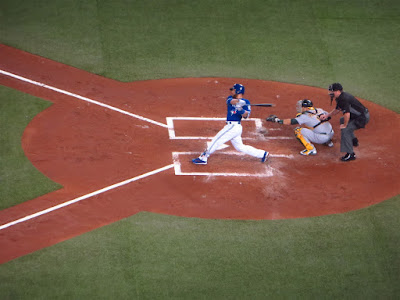 Ezequiel Carrera steals second base. He was a force today going 3-4 with a stolen base and two sensational diving catches in the outfield. 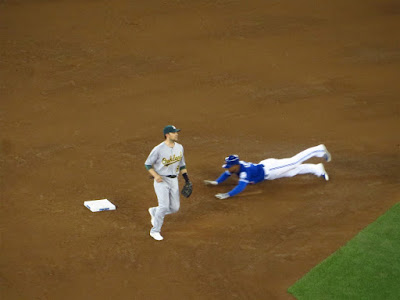 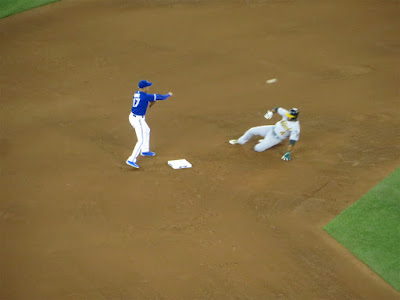 Everyone is up and singing along to the Blue Jays song during the seventh inning stretch. 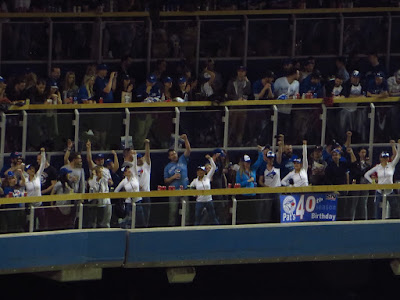 Troy Tulowitzki had a big day at the plate. Here is is congratulated after slugging his second home run of the game. 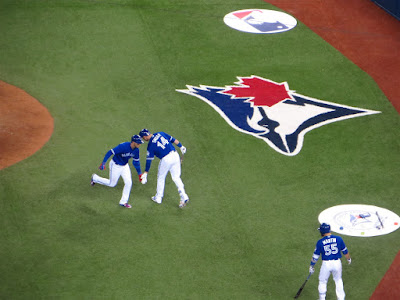 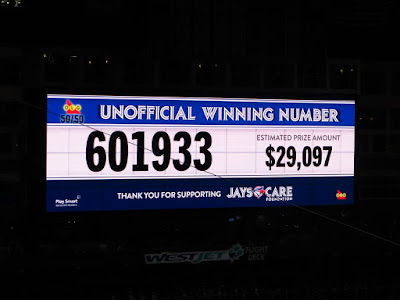 I was not the one coming home with it, though. 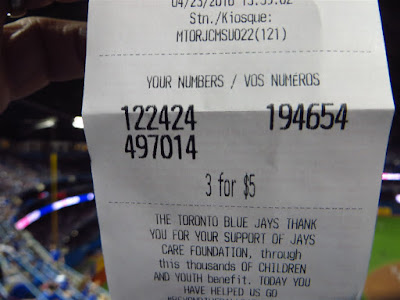 The Jays scored single runs in the sixth, seventh and eighth innings for a big 9-3 victory 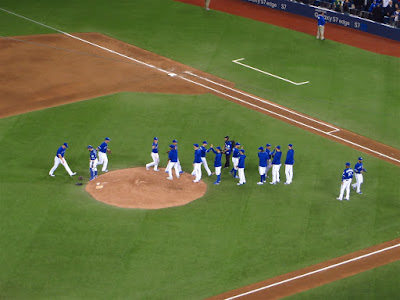 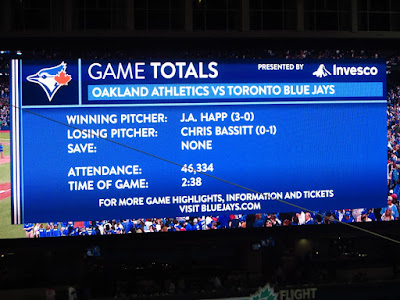 This was my fourth game this month. I always have fun at the ballpark, especially when they win. Looking forward to going to more!
Posted by Swordsman at 16:30