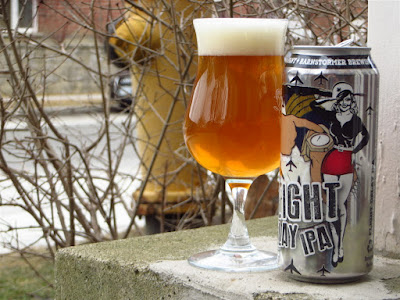 In this month's Beer of the Month package, there were three cans of Flight Delay IPA from Barnstormer Brewing in Barrie, Ontario.

Barnstormer Brewing started brewing in 2013, and opened their retail store in December of that year. Planned as a brewpub, the restaurant part opened later on, I found the restaurant receives great reviews for its pizza.

On this season on CBC's Dragons' Den, the owners of Barnstormer make a pitch to the five dragons. It has yet to air, It should be interesting to hear Dragon Manjit Minhas' take on their operation as she is the the co-founder and co-owner of Minhas Breweries.

The brewery is themed after the aviation industry of the 1920s and 30s. I like the can and how the stats about the beer are displayed on aircraft dials. I also love the flight themed old style labeling. 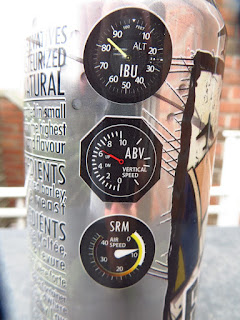 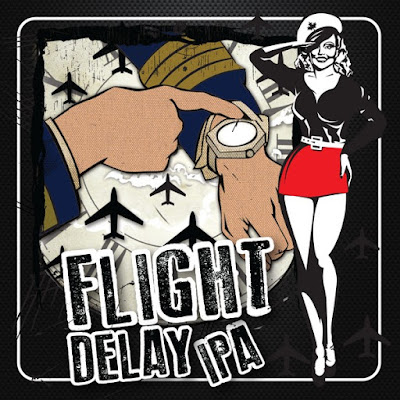 Flight Delay IP pours a golden colour with a full white head that takes it's time to settle down. Citrus really comes through in the aroma.  I love west-coast IPAs, how they are so citrusy and bitter and this one does not disappoint. The first sip starts with some citrus, then the bold bitter citrus follows and stays throughout the finish.

This is a really enjoyable beer that I hope to have again. I can picture an overnight stay in Barrie sometime this summer, with dinner and beers at the microbrewery restaurant.