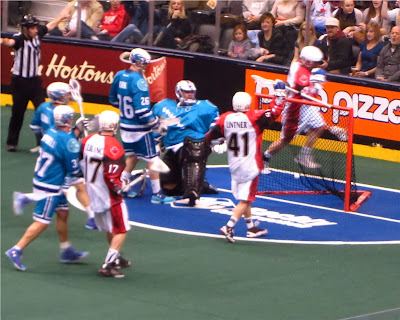 Tonight the 1-6 Toronto Rock took on the 3-3 Rochester Knighthawks at the ACC. The Rock won their first game just a week ago and are looking to go on a winning streak. They also wanted some revenge after losing the home opener to them 12-7.

Teena and I were there with our friend, Roger, and his dad, Ben. 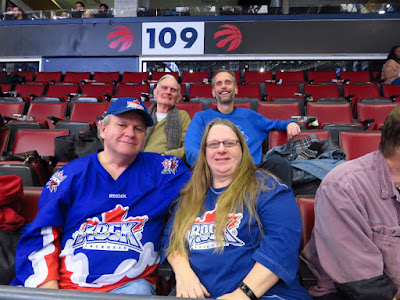 It turns out that Ben is a hit with the ladies. 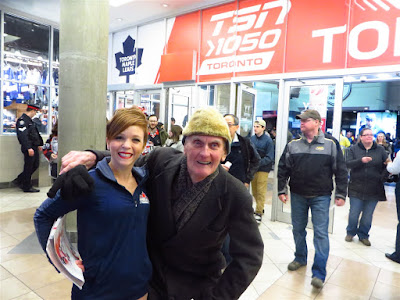 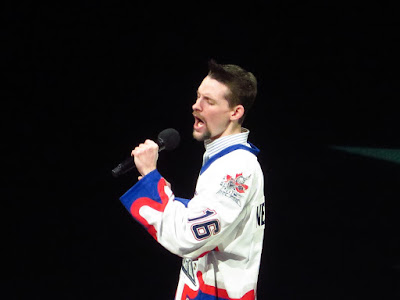 Iggy got the crowd wound up. 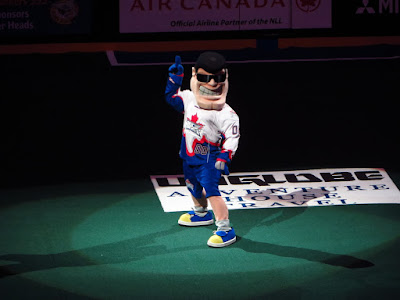 The team gets together one last time. 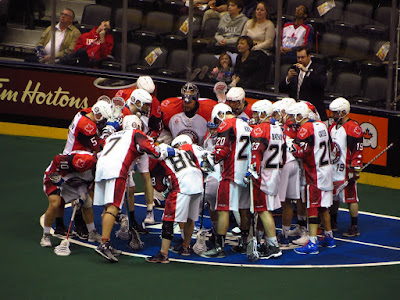 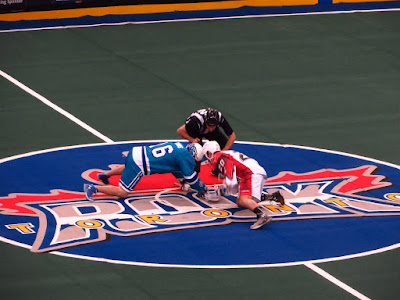 The game was never a close affair. Toronto scored the first two goals of the game in a minute and eight seconds. Rochester scored soon after but that was it for them in the first quarter, which Toronto led 7-1 when the buzzer went. 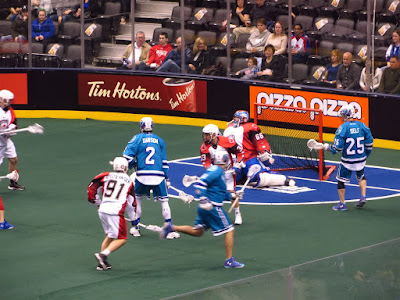 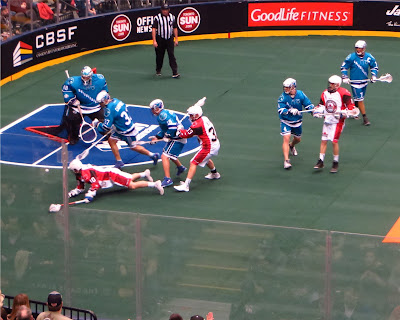 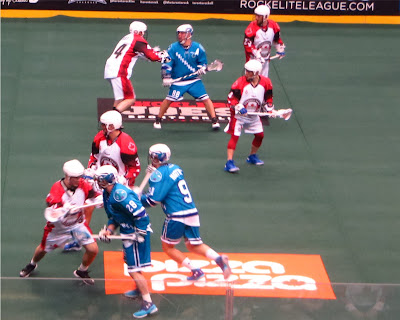 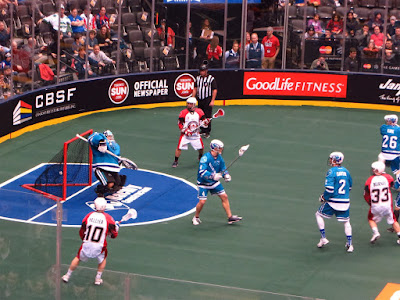 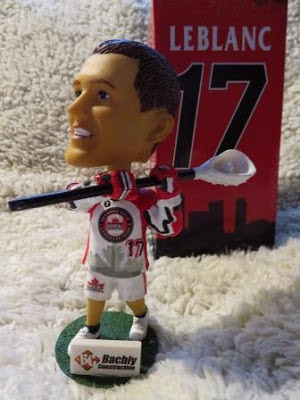 Tim and Gillian wave the flag after every goal. 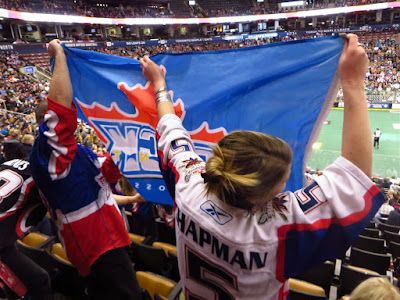 The Toronto Rock Cheerleaders had lots to cheer about. 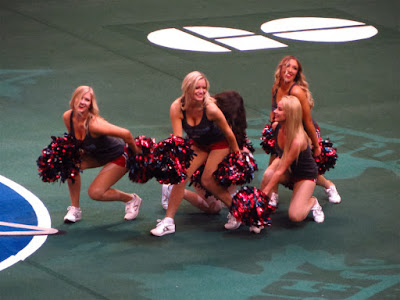 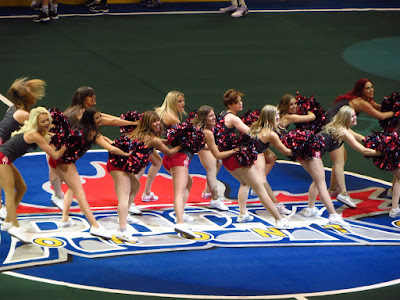 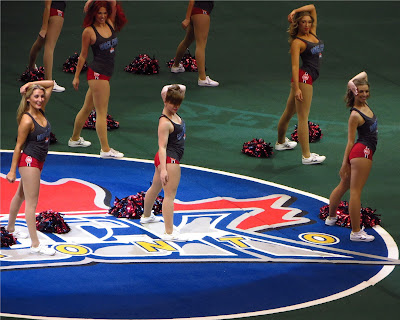 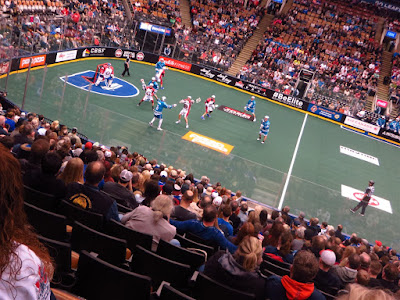 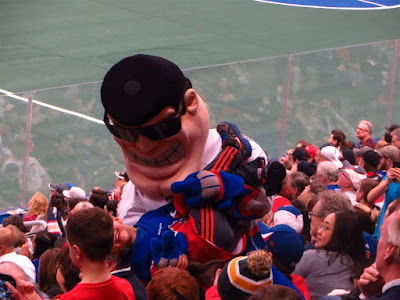 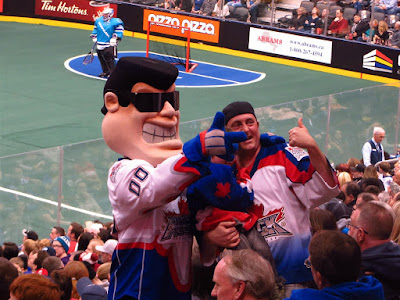 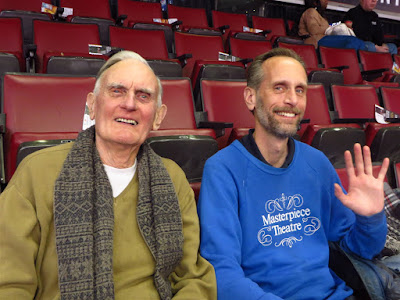 Toronto had a ten goal lead when the cheerleaders came back out. 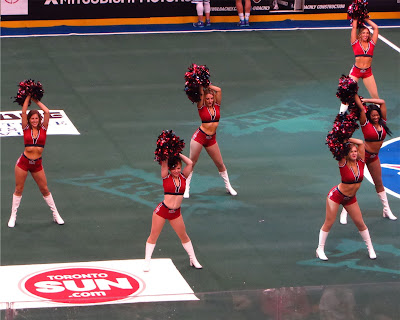 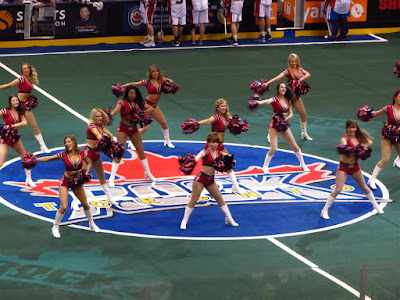 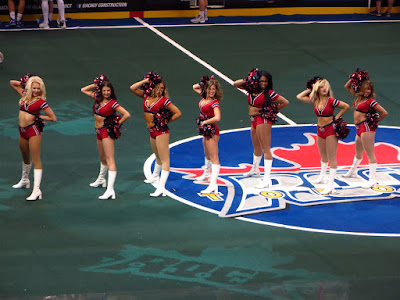 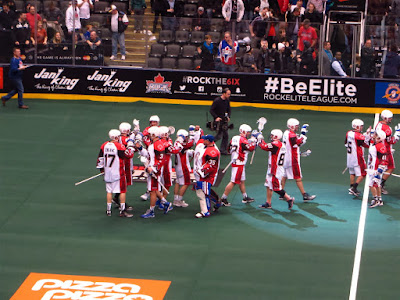 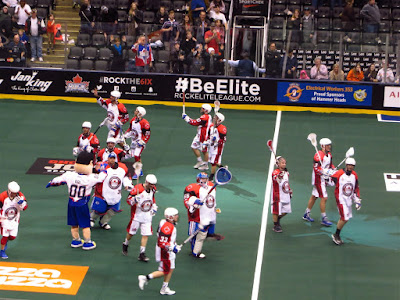 For the second week in a row, Rock goalie Nick Rose was the first star. He made 52 saves on the night, many of them in spectacular fashion. It would have been a much closer game if not for him. 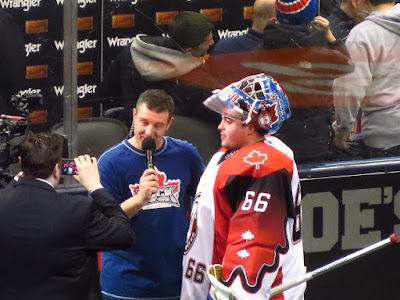 Toronto has a week off, then has a two game home stand over a single weekend, when on Friday March 11, they take on the Calgary Roughnecks and on the Sunday host the Vancouver Stealth.

Teena and I will be there.
Posted by Swordsman at 23:14