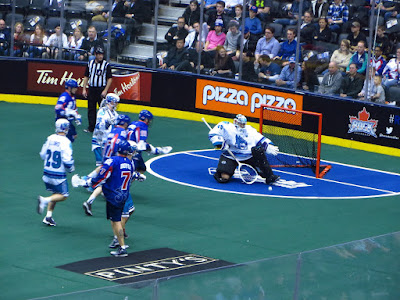 Tonight was the home opener for the Toronto Rock, who were hosting the Rochester Knighthawks. Toronto lost their opening game 12-7 against the Georgia Swarm last week and were looking to even up their record. Rochester was looking to do the same after losing to Colorado 16-14.

Teena and I once again have season tickets and were there. 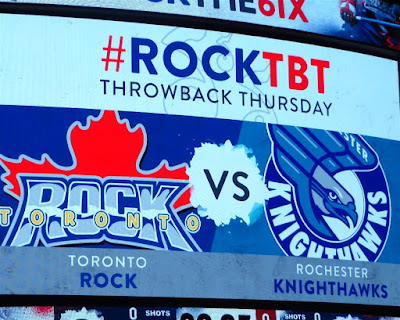 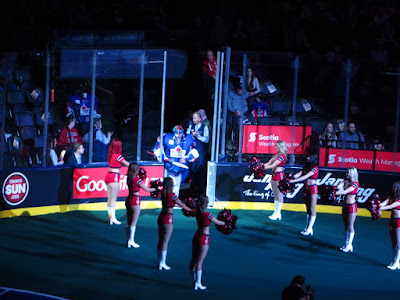 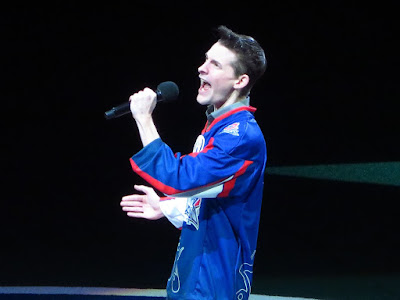 Team huddle before the start. 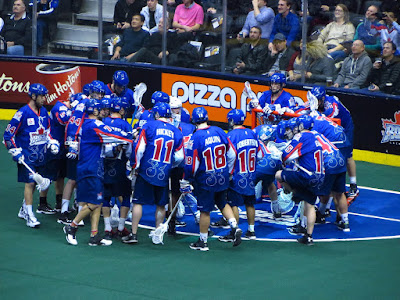 Opening face-off.We lost it and the game went downhill from there. 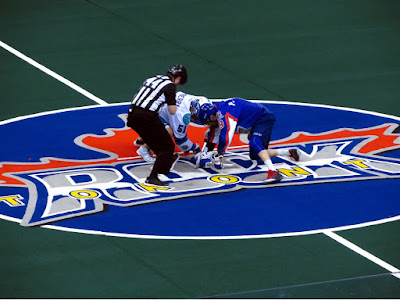 Rochester scored first, five minutes into the game, Toronto tied it two minutes later, then Rochester put in three in three minutes to end the quarter 4-1. 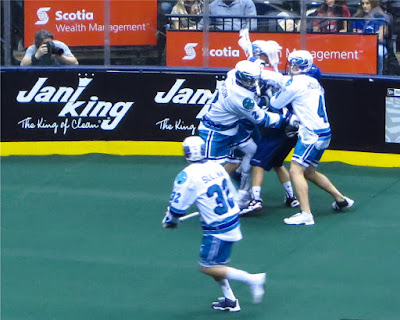 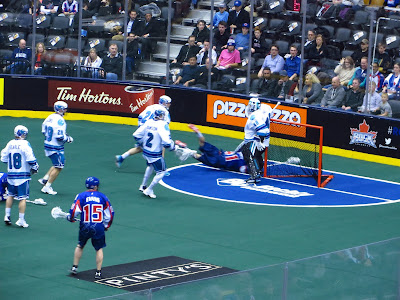 The Toronto Rock Cheerleaders came out to rev up the crowd of 9,387. 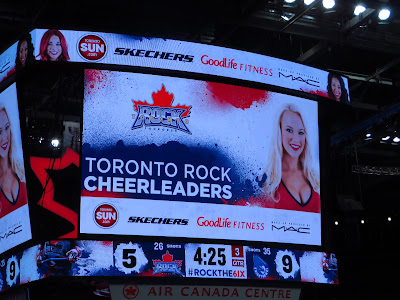 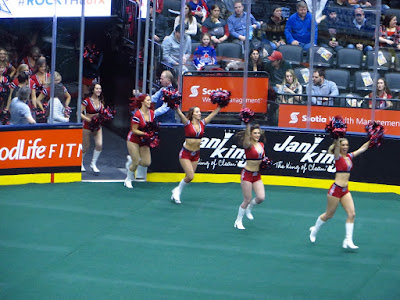 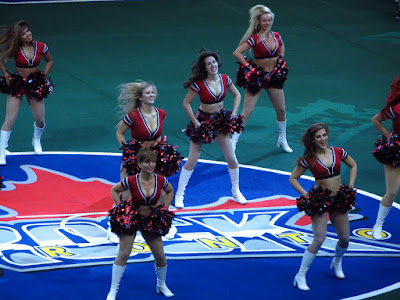 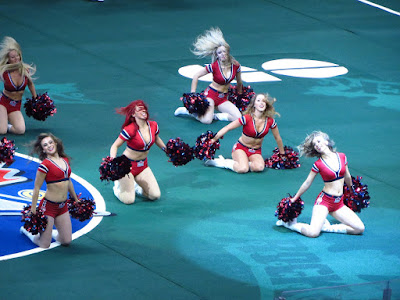 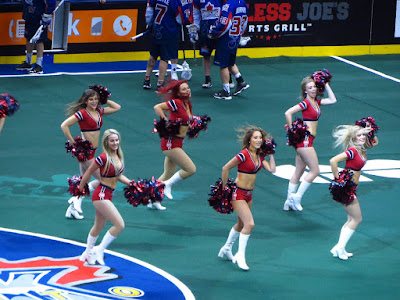 Iggy Rock was working the crowd too. 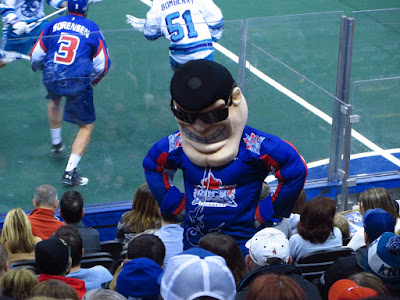 The Rock were out scored 7-2 in the first half, out shot 30 - 18, out hit and out played. We hoped the second half would be better. 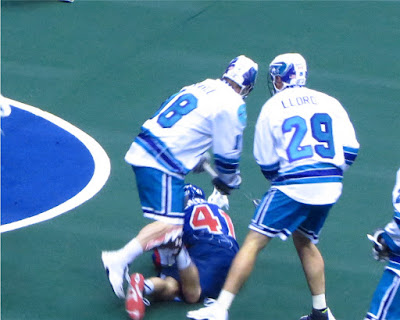 Well, we scored 22 seconds into the second half, but Rochester scored 29 seconds later. Damn! Then we went on a three goal streak to pull the game closer 9-6. That was as close as we got. 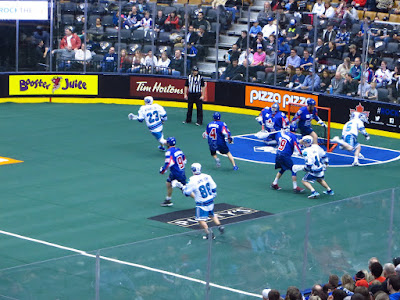 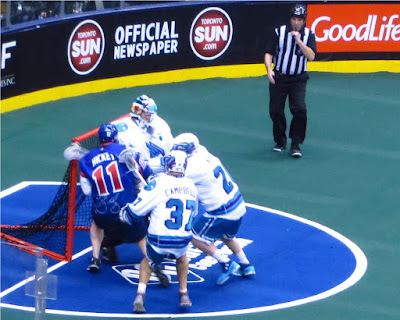 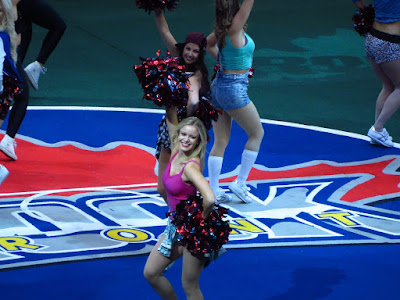 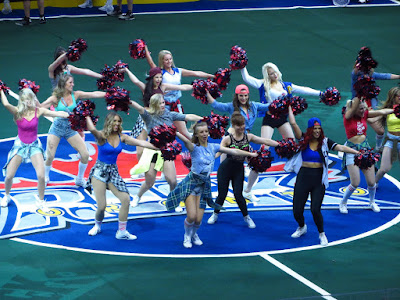 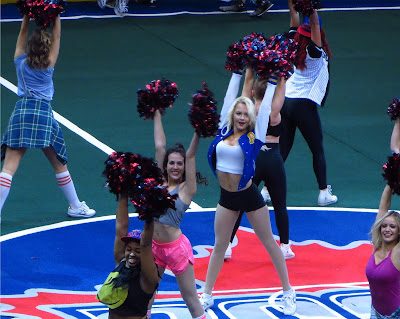 More action in Rochester's end but to no avail. 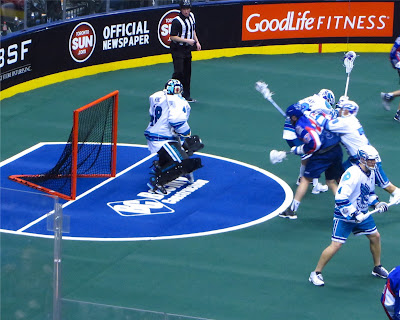 The red head guys were in their same seats again this year. About as enthralled at the Rock's chances of pulling this one out. 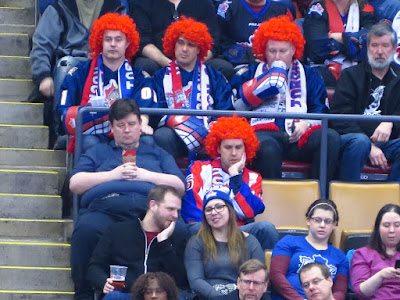 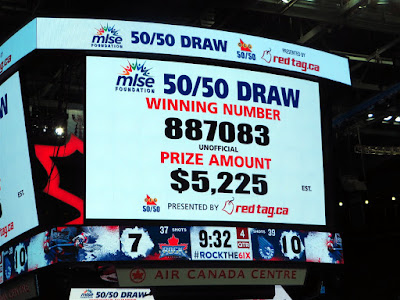 The horn went. The game was over. We lost the game. We won the fight after. 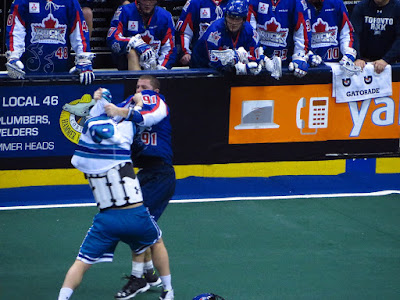 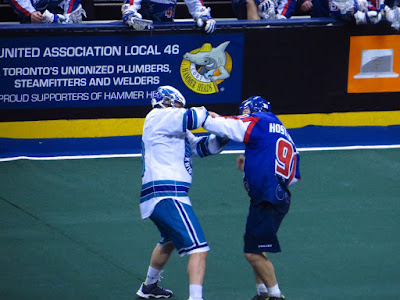 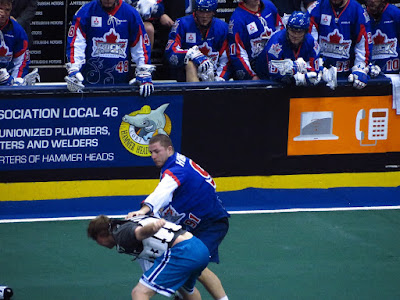 As always, handshakes after the game. 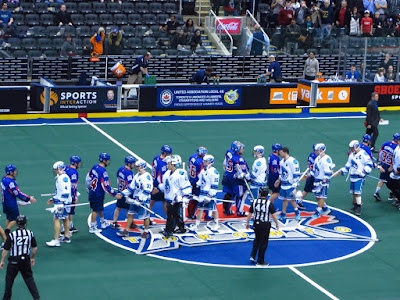 In the end we lost 12-7, the same score we lost with in the season opener. Saturday we are back in Rochester looking for revenge. The following weekend we are in Buffalo and on Friday, January 31, we are back home against the Georgia Swarm. Hopefully with a 2-2 record.
Posted by Swordsman at 22:00