"Gaslight" at the Ed Mirvish Theater 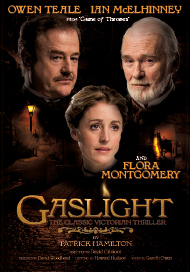 Teena is away and does not like period piece plays, well except for the Phantom of the Opera. Gaslight is a period piece and Teena did not want to go so I went this afternoon while she is visiting her sister in Halifax.

Gaslight is playing at the Ed Mirvish Theater, a historic 95 year old theater that I absolutely  love.

“Suddenly, I’m beginning not to trust my memory at all.”

As the ghostly living room gaslight flickers and the floorboards creak around her, Bella Manningham becomes convinced that she is losing her mind, as her mother did before her. With her husband away on business, she loses all sense of reality. Does the terror exist in her imagination or are dark secrets living in her home? The surprise arrival of a retired detective leads to a shocking discovery that will shake her respectable Victorian marriage to its core. A powerful psychological drama.

Patrick Hamilton’s classic mystery thriller premiered in London in 1938 and immediately became an international success. In 1944, it was adapted into an iconic film starring Ingrid Bergman. Since then, the play has become a staple of theatre companies in Britain. This brand new production will be mounted in the U.K. before travelling across the Atlantic to the Ed Mirvish Theatre.

Northern Irish actress Flora Montgomery will star as Bella Manningham alongside Game of Thrones stars Owen Teale and Ian McElhinney. Owen Teale and Ian McElhinney are two acclaimed stage actors who have also found great success on screen. Most recently they have been two of the stars of the international phenomenon, Game of Thrones, which has revolutionized television and created legions of fans that have made the series among the most popular of all time.

Wow, what a drama! So good that the term "gaslighting" is still used today as a term to describe controlled abusive manipulation. The Star wrote a great article on this term.

The play is excellent. At the start, we get to see how Mr. Manningham controls his wife, Bella, and how she starts to doubt her own sanity. Then when Mr. Manningham leaves for a night out, Inspector Rough, played by Ian McElhinney, comes on the scene. The rest I will not spoil for you.

Folra Montgomery and Owen Teale are excellent as Mr. and Mrs. Manningham, but it is Ian McElhinney who steals the show. His character brings in a bit of humour, just enough to break the tension, then bring the tension back again.

This 1938 play still stands up today and I would recommend going to see it.

Teena, you just missed out on an excellent piece of theater! 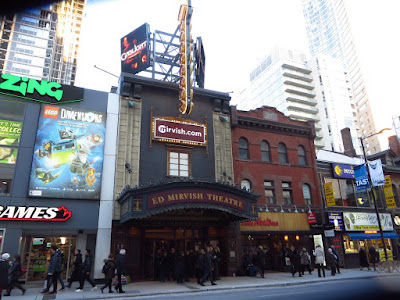