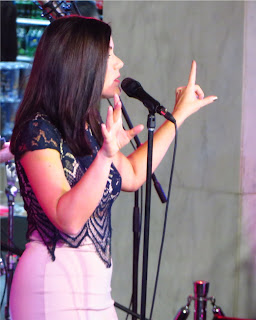 Today Emilie Claire Barlow put on a concert during lunch at the waterfall stage at First Canadian Place, and, of course, I was there. 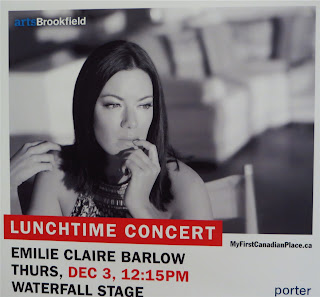 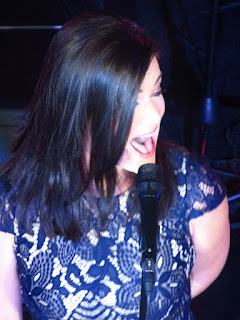 Emilie-Claire Barlow is a Canadian jazz singer, arranger, record producer and voice actress. A Juno Award winner, she has released 11 self produced jazz albums on her own label and has voiced dozens of characters for animated television series. 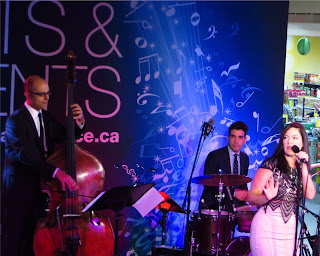 Emilie Claire has done very well for herself. Here are some of her Awards: 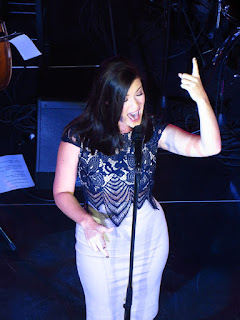 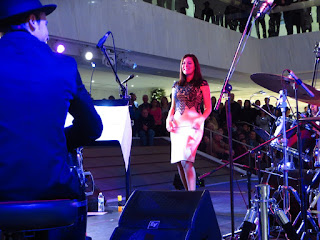 She sang some original tunes but her talent seems to really be taking old songs from the sixties and seventies and slowing them down and reworking them as Jazz. I really enjoyed her performance but didn't have time to buy one of her CDs that were on sale to the side as when I left, I already was late getting back to work. 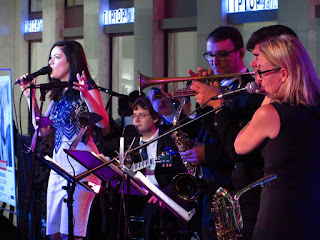 I will have to download some of her songs from iTunes. Here is a sample of her style that I downloaded from You Tube, Sunshine Superman, a song I love which was originally done in 1966 by Donovan.