Beer of the Week - The Beers of Blood Brothers Brewing 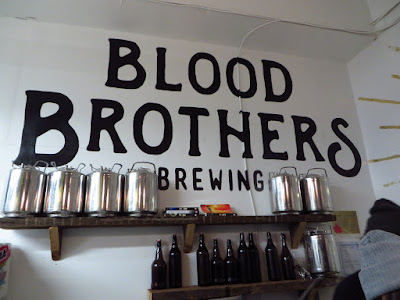 On Friday Teena and I had supper and a couple of beers at Tequila Bookworm. The tap board changes regularly and after my first beer up on the board went a new beer from  brewery I have not heard of before, Blood Brothers Brewing. It was delicious so I looked up where they are located and found it is not too far from home, located in the Dovercourt/Dupont area.

We went yesterday.  The entrance is not well-signed, having just this small A-frame sign out front. Blood Brothers have only been open for a couple of weeks so I'm sure that will change. 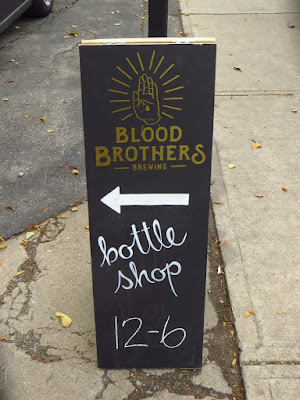 Here are the beers that were available. They had just sold out of the Cocoa Woman so I grabbed four each of the Hail Saison and the Shumei IPA.  Plus Dustin, one of the owners, bottled a fresh Murican IPA for me, the first one out of the keg. Can't get any fresher than that. 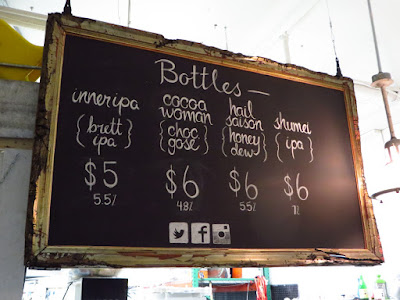 The brewery is owned and operated by Dustin and his brother (I didn't get his name). Here is Dustin. He was great to talk with and showed us around the operation. 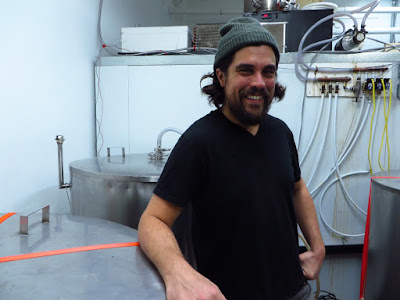 So how is the beer?

Yesterday I started with the Hail Saison, which was made with fresh honeydew melon. That makes this a very healthy beer as honeydew contains Vitamin C, iron, B vitamins and other essential nutrients.

The Hail Saison pours light yellow in colour with a white head. The aroma had that notable saison fragrance but I could not detect any honeydew in there. I asked Teena to see what she thought, but she too could not find any melon.


Honeydew may not be in the aroma but is very present in the taste. The first sip brings the usual saison taste but then the honeydew comes powering in. With the honeydew presence, you might think this would be a sweet ale, but no. There is a pronounced sourness in the finish. I think this is a great, refreshing and tasty saison, one that I would buy again.


Next up was the Murican IPA, which is made with American ale yeast and citra hops. I wanted to have this right away as it was the first bottle capped from the keg.

It pours a dark amber colour, with a white head. I don't think I poured it properly as it has a smallish head, but when I sip, lots of lacings are left along the inside of the glass.


Powerful notes of bitter citrus jump from the glass. When I first sip I find the bitter citrus right away. It hits me right away and stays through the long finish, A very nice IPA, that would be good as the last beer of the evening. If you started with this, it would likely make any beer you had after taste like water. This is another beer that I would buy again.

Today I had the Shumei IPA as I flipped back and forth between the Packers game and the NASCAR race. It was the same beer that I discovered at Tequila Bookworm, only then I had a couple of beers before this. I wondered how it would be as my first beer of the day.

The Shumei IPA pours amber on colour with an orange tinge and a frothy, slightly off-white head. The head took its time to settle and lots of thick lacings line my glass. Hints of citrus come off in the aroma. 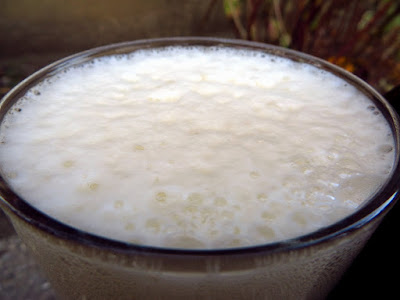 The Shumei IPA starts with a little of that nice citrus bite, which increases throughout each sip to a fabulous citrus finish. It's a nicely balanced IPA, every bit as good as the one I had on tap the other night. This beer alone is worth the 15 minute drive up to the brewery. I will be buying more.

Blood Brothers Brewing is a brewery with nice, down to earth people, who make excellent beers. I wish them well and will be back to buy some more beer. 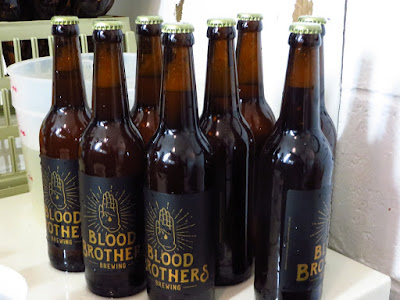