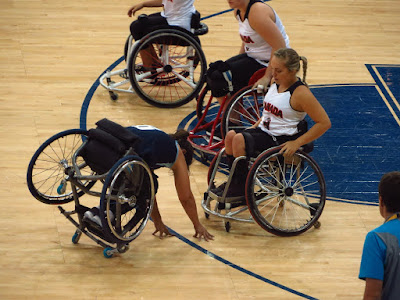 I have been indulging on the Pan Am Games and the concerts. Tonight I headed off to a Para Pam event, woman's wheelchair Bbsketball.

Wheelchair basketball is similar to able-bodied basketball — players move the ball around the court by passing or dribbling the ball, except that they must throw or bounce the ball after every two pushes of the wheels on the chair, otherwise they will be penalized for travelling. The objective is to throw the ball into the opponent’s net. One, two or three points are awarded for each goal, depending on where the ball is thrown from. The team with the most points at the end of game wins.

The event took place at the Ryerson Athletic Centre, housed in what once was Maple Leaf Gardens. Canada was taking on Argentina in the semi-finals. The winner moves on to the gold medal match. 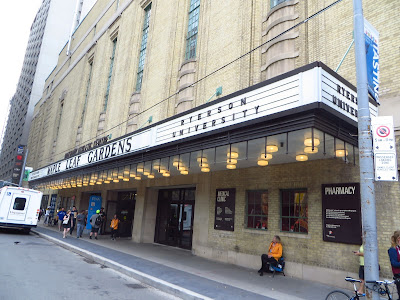 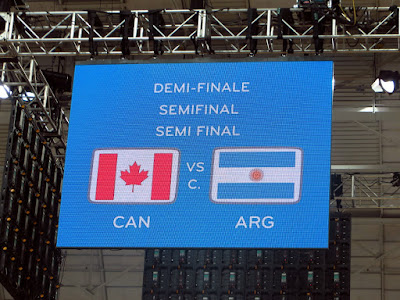 The banners were out. 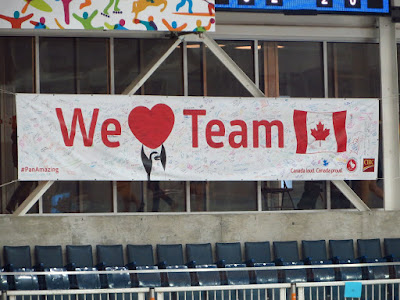 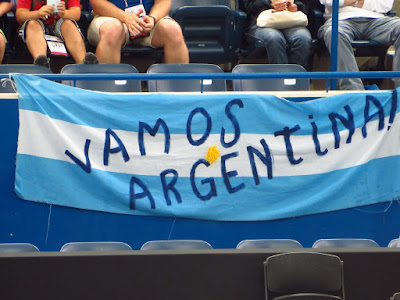 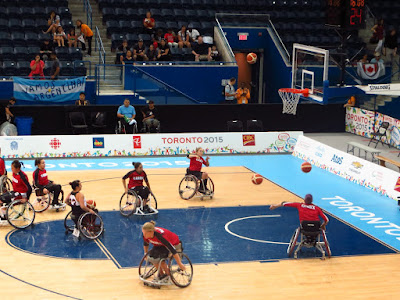 The teams greet each other. 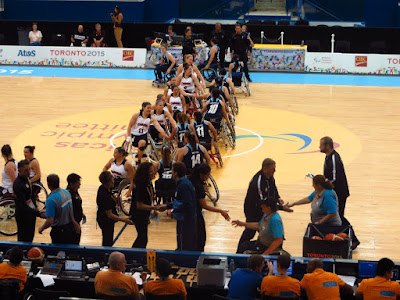 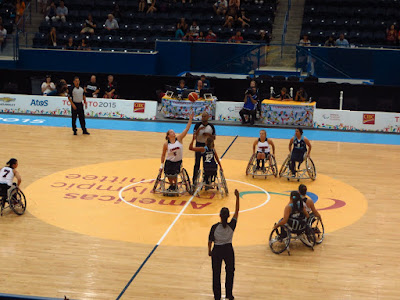 Canada scores the first point of the game. They scored many afterwards before Argentina actually scored. 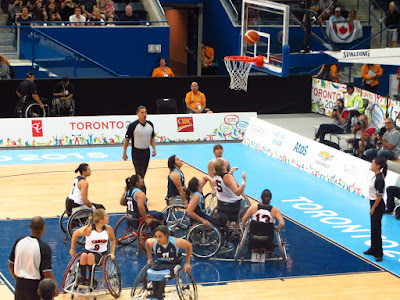 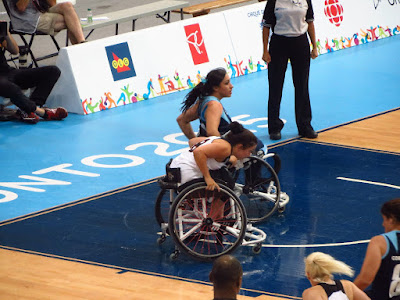 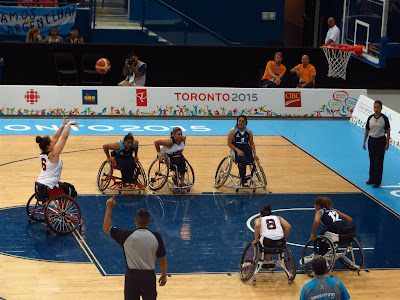 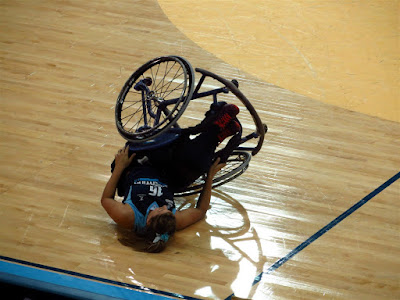 Canada had a huge lead at half time. During breaks there were Kiss Cams, Crowd dancing videos are my favorite, catching somebody in the crowd on their cell phone and putting up a clock to see how long it takes for them to notice they are on the big screen.

There was also a ball slingshot. This was in my direction but fell short. 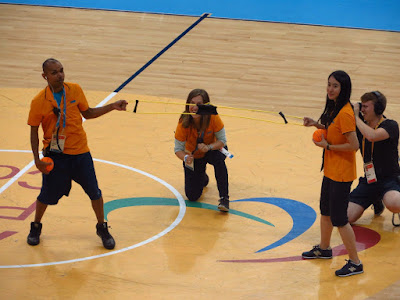 Canada wins 82-28, I told you it wasn't close, and takes on the U.S. tomorrow night in the gold medal game.

Shaking hands and saluting the crowd! 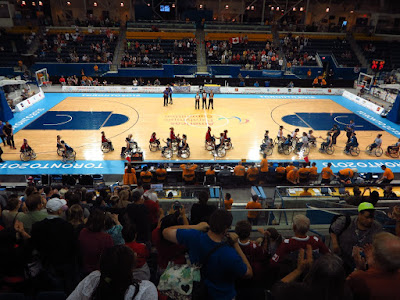 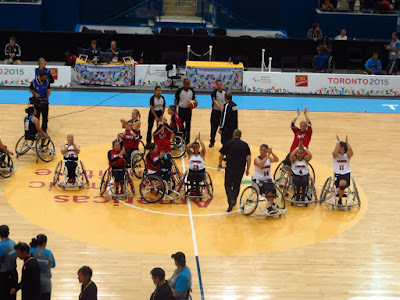 I have said it before but it is very special to be cheering on your country at an international event. I am so proud of our women tonight and hope they take the gold when they they take on the U.S. tomorrow night,