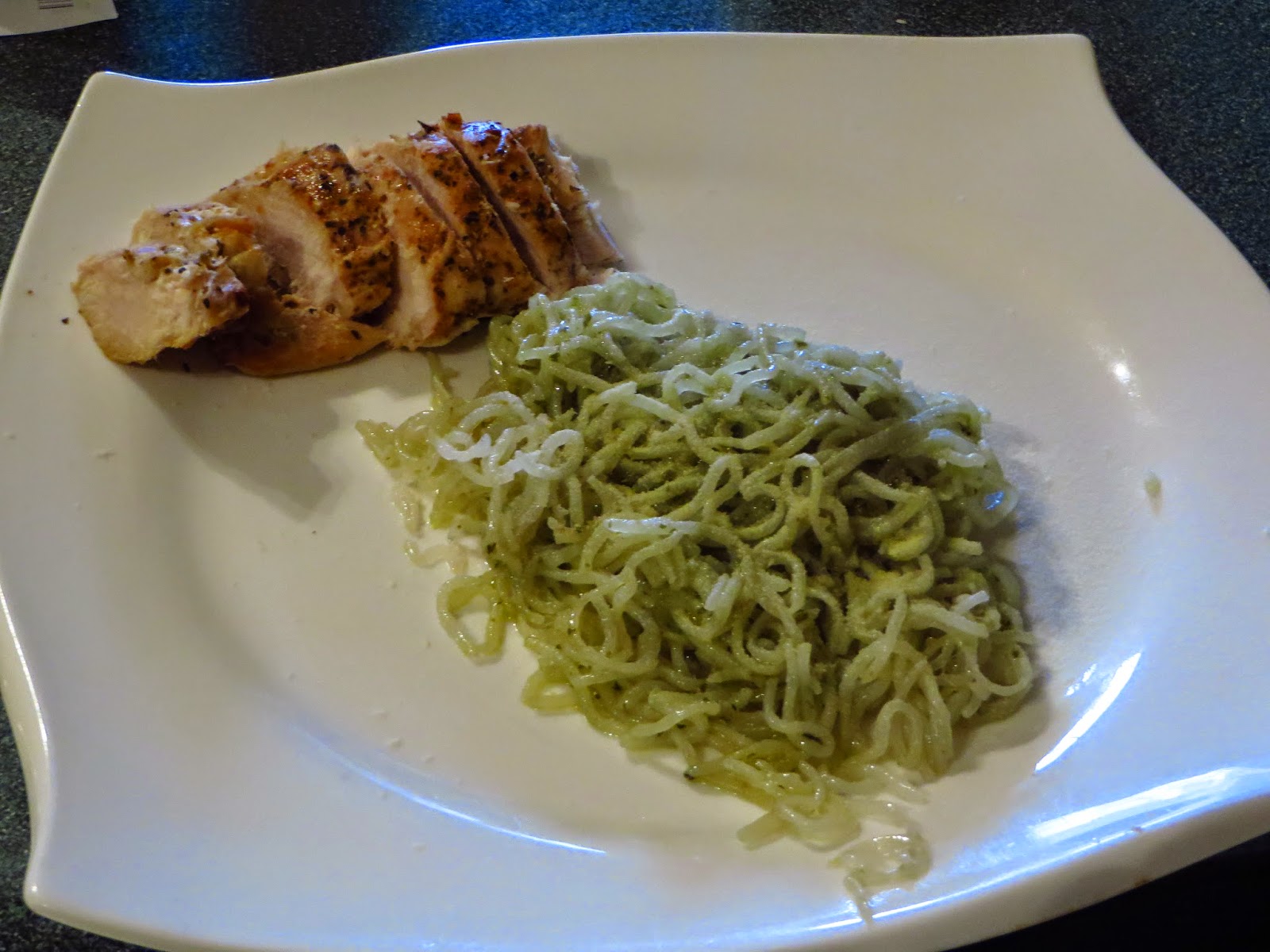 My glucose counts have been up for a year and as a result, I was on pills. Then after a long talk with my doctor, she agreed to let me attempt to keep my sugars down with diet. As a result, I have been removing starches from my diet.

The problem is that I really enjoy pesto pasta and now can't have it ... until I discovered Shirataki noodles. A Globe and Mail article explains that:  Shirataki are firm, slightly gelatinous noodles made by processing flour from the konjac yam (konnyaku in Japanese) with limewater. Though the process may sound like a chemistry experiment, konjac-based gels are a culinary tradition in Japan.

Of course, Westerners haven’t taken to konnyaku for its centuries-old pedigree. No, it's become a darling of the weight-conscious set because it possesses one remarkable quality: zero calories. In fact, shirataki noodles have no nutritional value whatsoever. It's right there on the package: no calories, no carbs, no vitamins, no nothing, including flavour.

One thing that I was nervous about was the aroma. The noodles are packed in a fluid which has an odour which has been described by fish and old socks. After draining mine into a colander, I did notice the fishy smell.

Not to fear. A recipe over at Healthy Recipes explains how to get rid of the smell.

First bring a pot of water to a boil. meanwhile drain the noodles into a colander and run under cold running water for a minute. I might have done more, plus dunked them a few times. 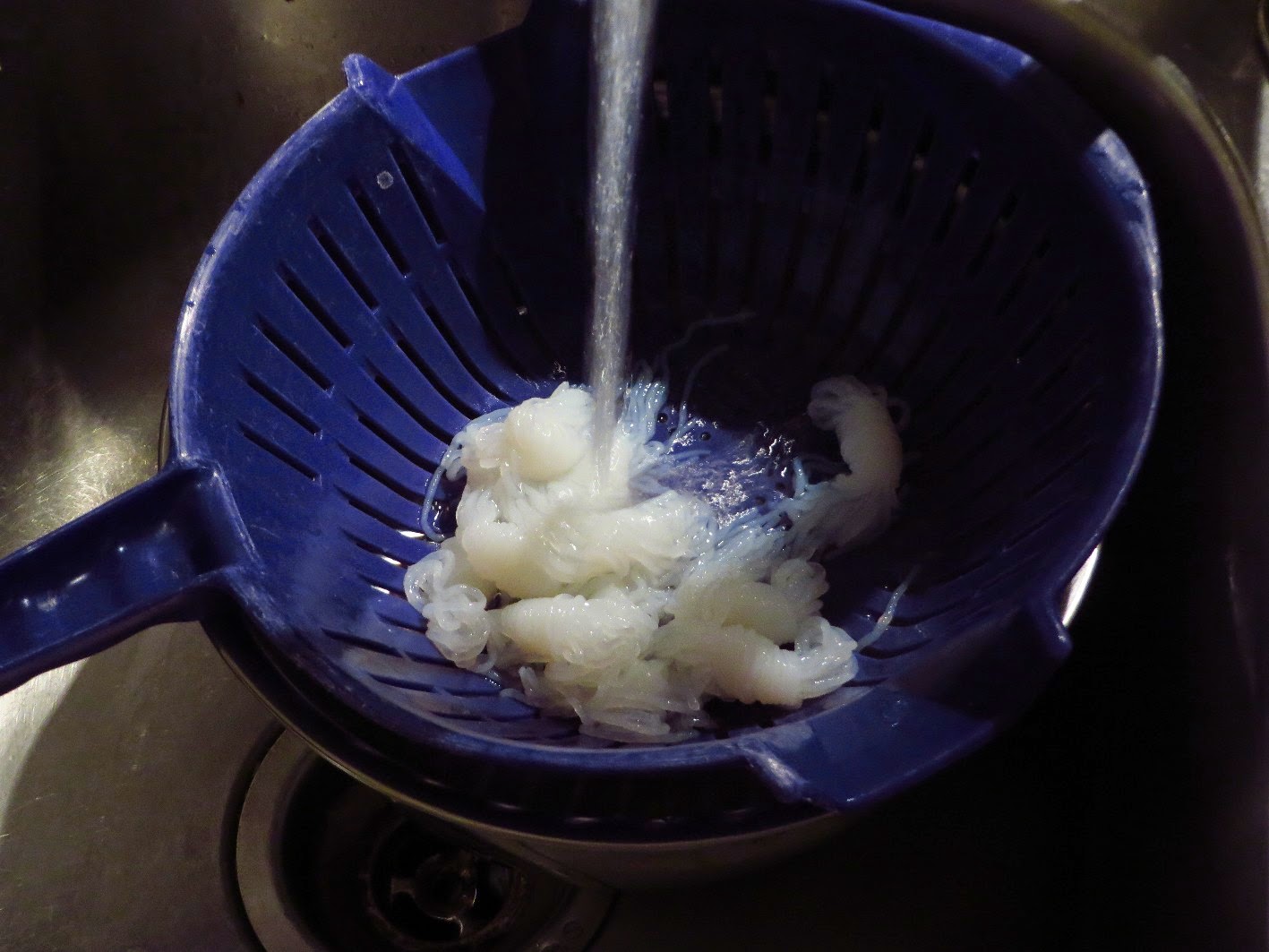 Then place them into the boiling water and boil for three minutes, then dump them back into the strainer and drain well. While they are draining bring a dry pan to a medium high heat, then dump in the noodles into the dry pan and fry the liquid from them for about one to two minutes. This step is important to remove the rubbery texture from the noodle

When this was done I added some butter to the noodles and stirred it in giving a nice shine and smell to the noodle. 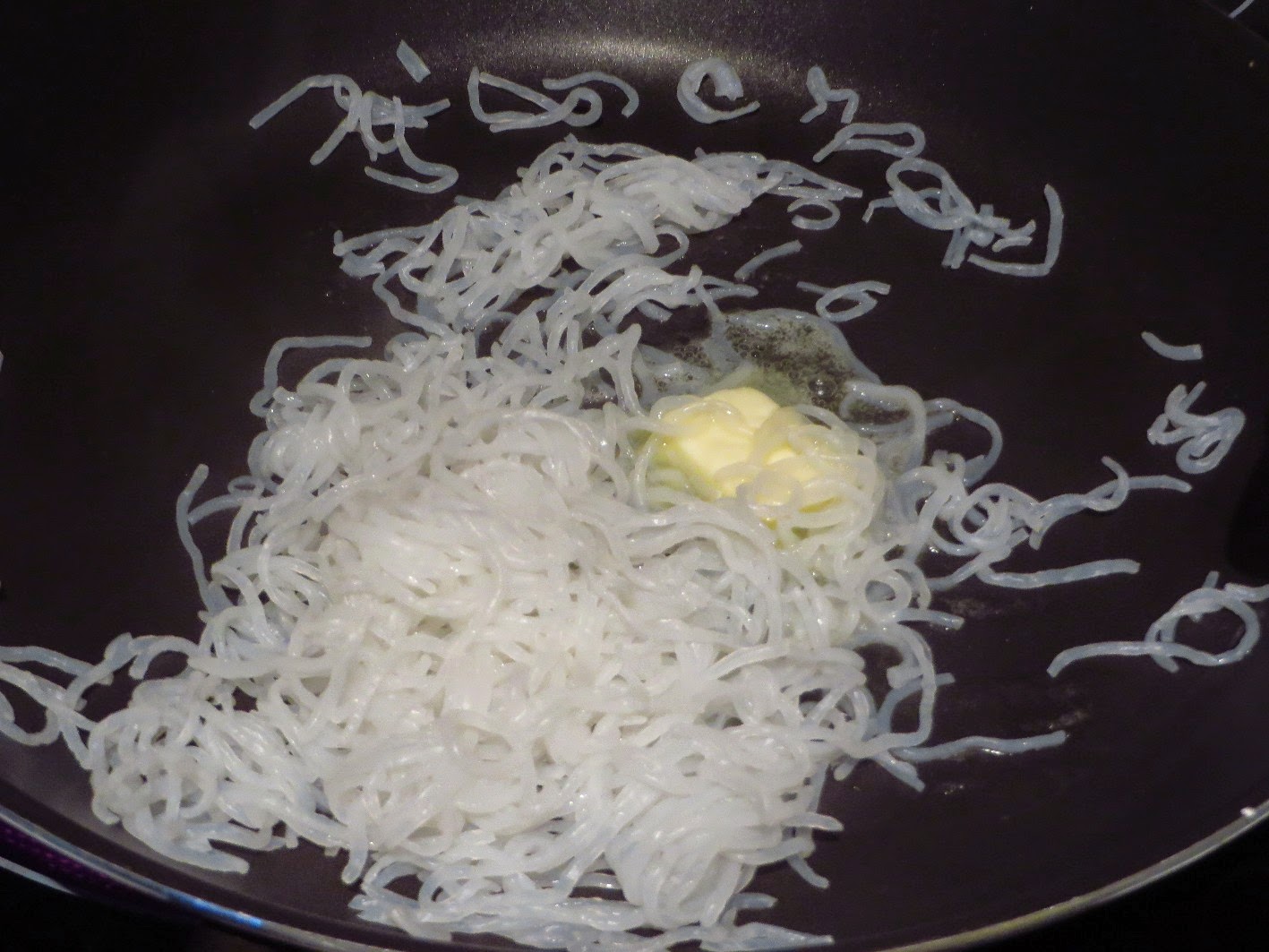 Then I added in the pesto. I read on a few sites that pesto does not work well with Shirataki noodles, but after preparing like this, the pesto works real well. This method allows the noodle to absorb the flavour of the sauce.

After plating, I sprinkled some grated Parmesan (not the boxed stuff) over the noddles. 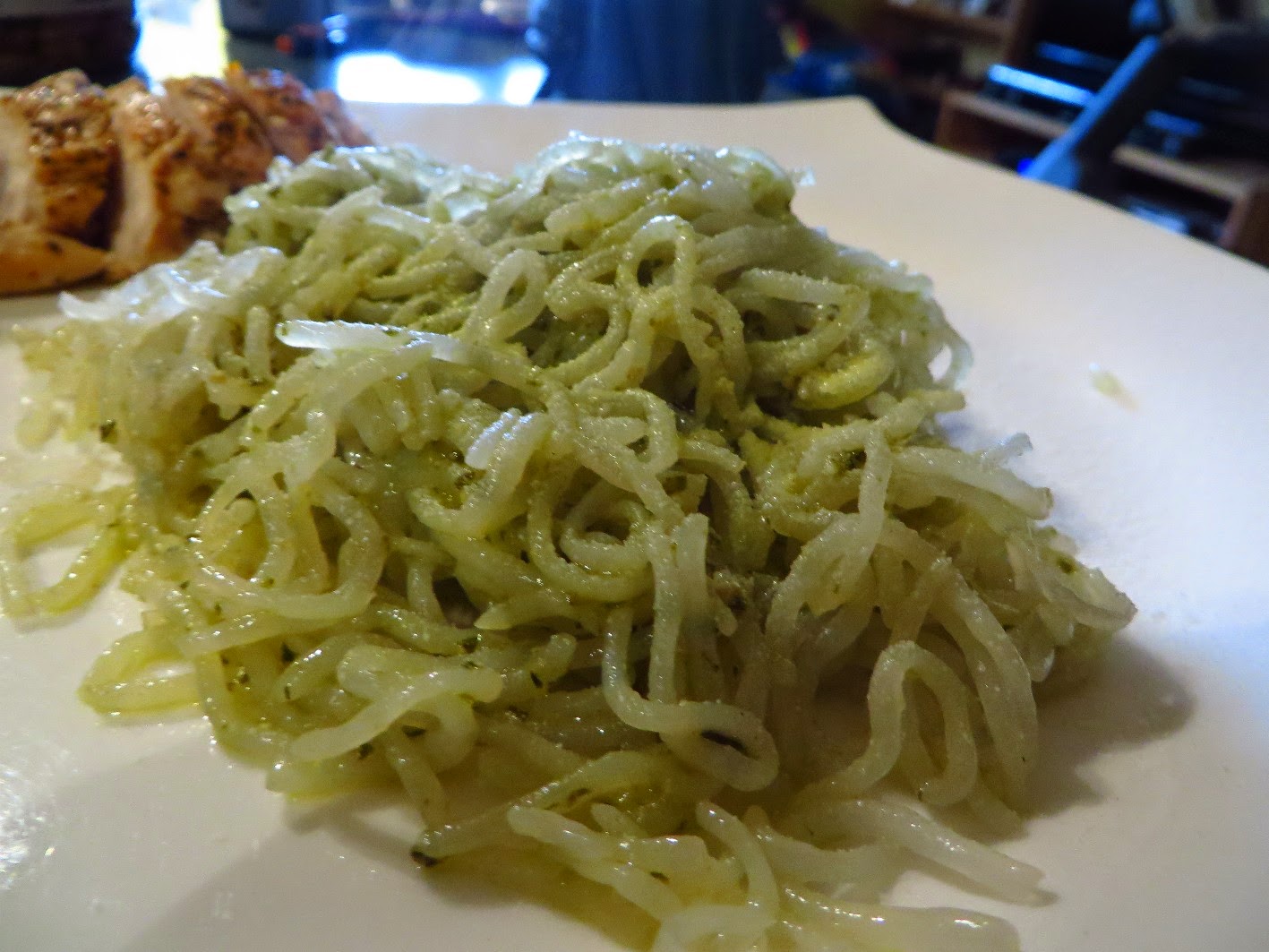 Not only was it delicious but my glucose never rose at all afterwards, not one tenth of a point. Amazing!

The process of getting them ready only took a few minutes and is quite easy. Shirataki noodles are something I'll be using again and again. They are already back on this week's shopping list.
Posted by Swordsman at 19:08