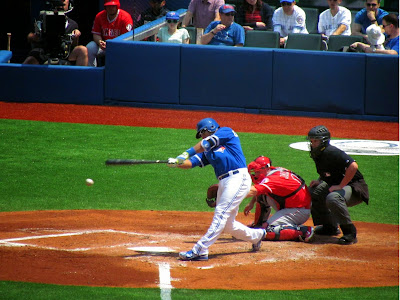 Anyways, they came in with a 19-18 record against the Jays 17-22. The Jays were on a five game losing streak and things need to turn around. 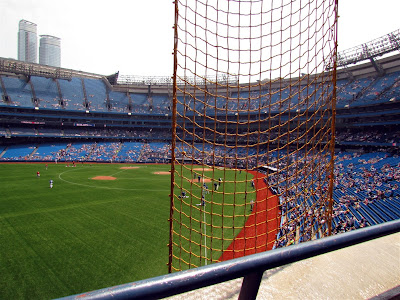 Leaning forward is OK and you don't annoy the guy beside you. 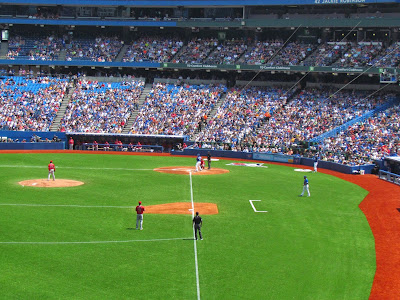 Of course, it could be worse. Here is the view from seat 9. 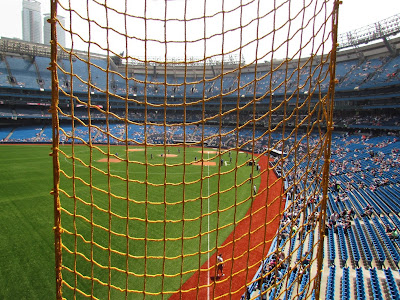 Stretching out before the game. Wish I was this flexible. 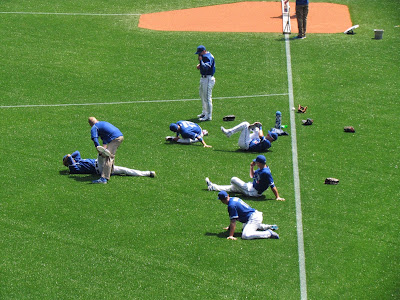 The roof was open. 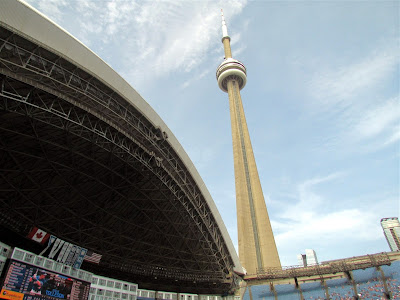 We were mooned all afternoon by tower walkers. 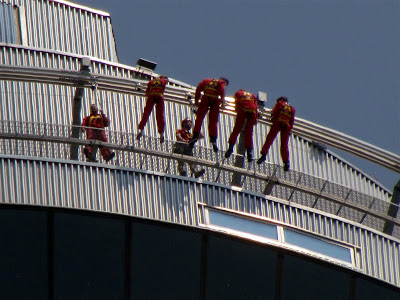 Toronto Pitcher Redmond and catcher Martin make their way onto the field. 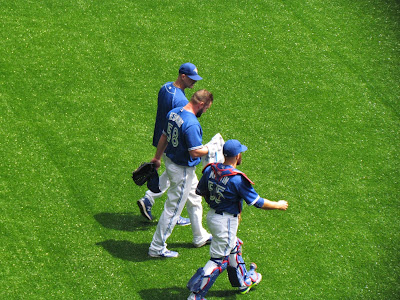 Rookie pitchers are required to wheel out the bullpen gear in a pink suitcase. 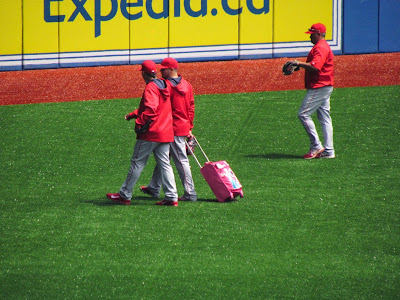 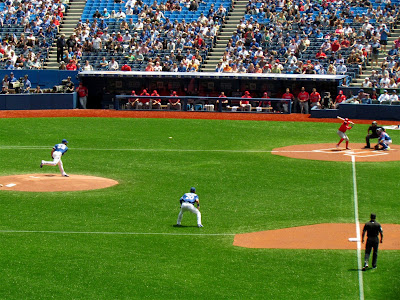 The ball might be in the dirt but Bautista pounded this for a single. 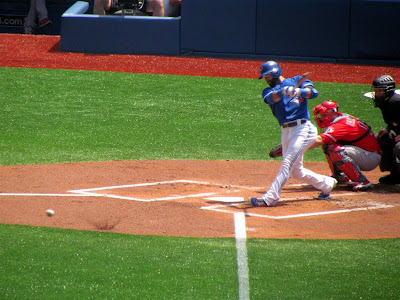 Ryan Goins is clearly out at third. 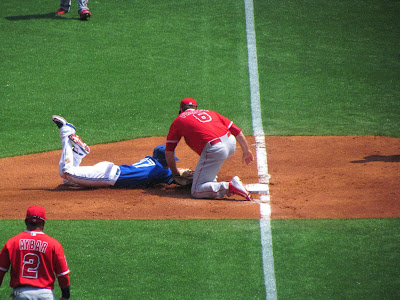 The game started great with the Jays blasting into a 4-0 lead in the second inning. The Angels, though, scored three runs in the fourth and another two in the sixth to go up 5-4.

I love to move over to this area in centre field. Not only do they have a much better selection of beer, including Goose Island IPA, but the angles for photos is much better. 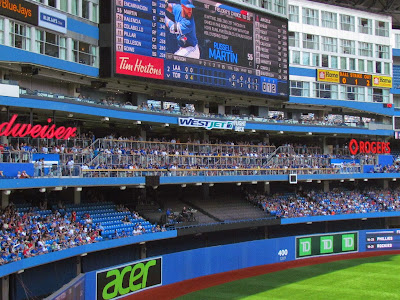 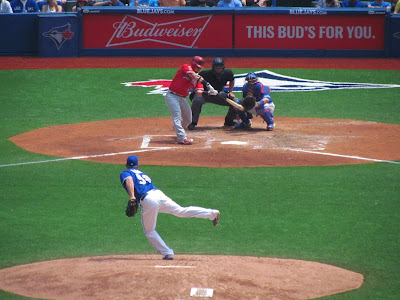 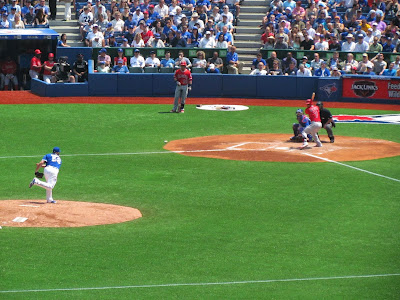 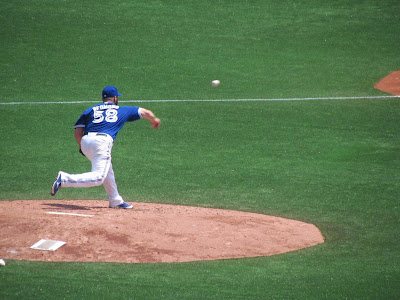 In the bottom of the sixth, Russel martin Doubled for the Jays, scoring two runs and another two runs came in later in the inning to give the Jays an 8-5 lead. 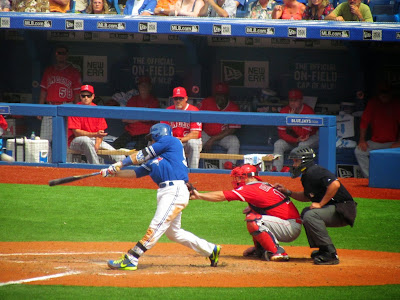 A big swing and a miss for Encarnacion. 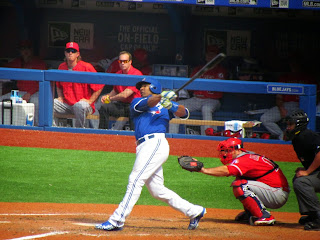 Jose Bautista stroked a two run homer in the seventh to seal the victory. The celebration in the field. 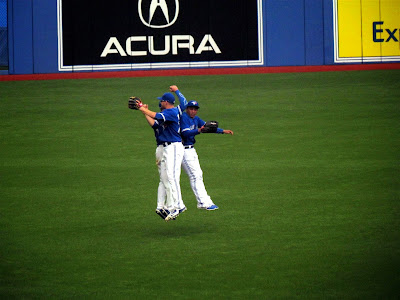 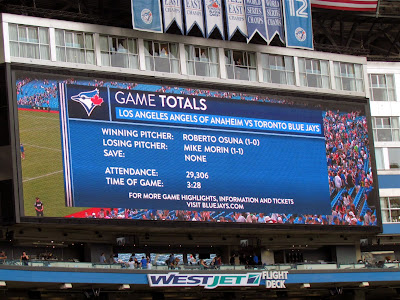 Hopefully this is the start of a good run. The Jays need it!
Posted by Swordsman at 18:00