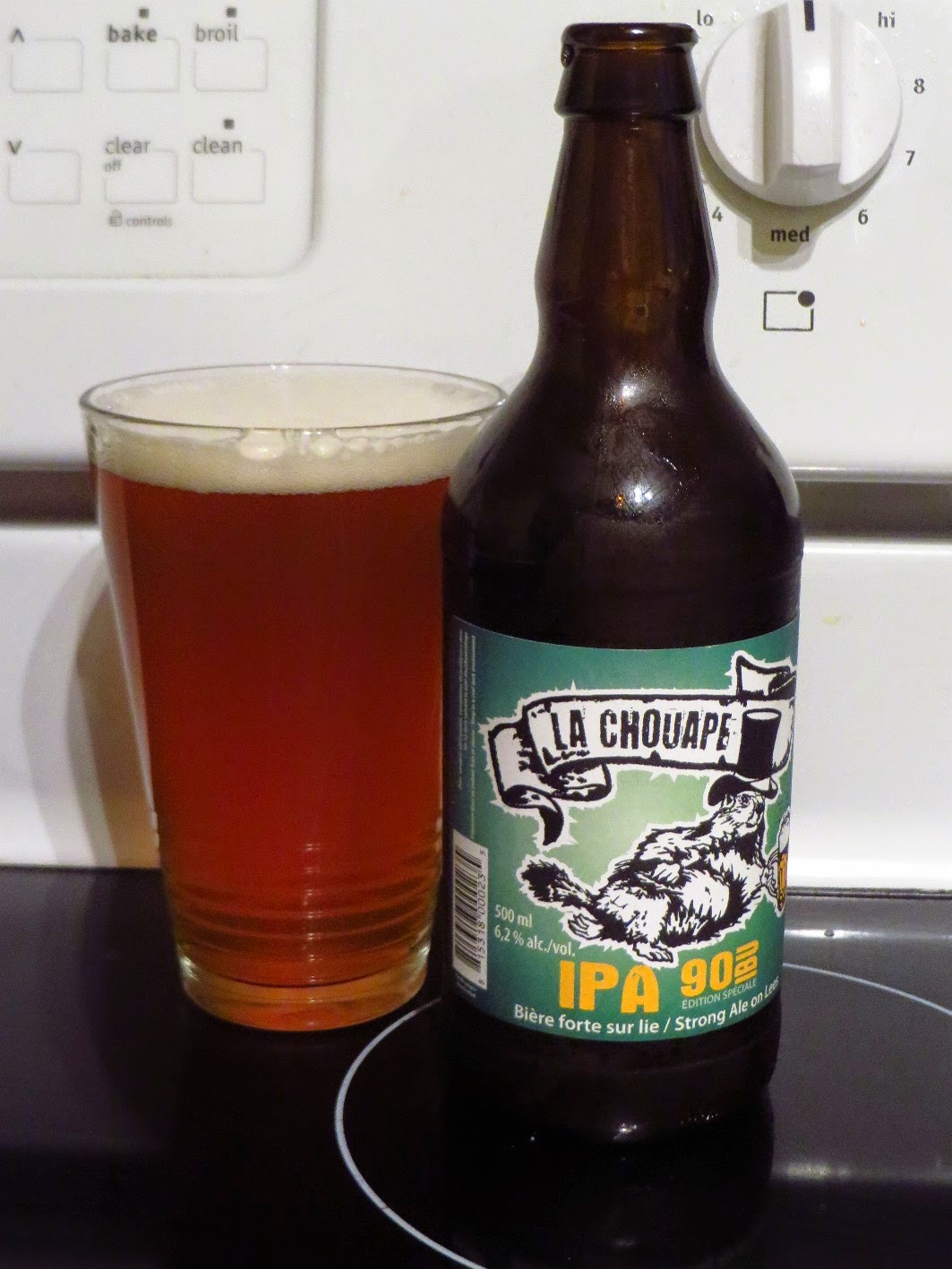 This week's Beer of the Week was another beer that I picked up from Depanneur AS when Teena and I were in Montreal a few weeks ago. I love IPAs so when I saw a La Chouape IPA, I knew it was leaving with me.

Microbrasserie La Chouape, located in Saint-Félicien, Quebec, a town on the Ashuapmushuan River about three and a half hours north of Quebec City, opened in 2007. The owners, Louis Hébert and his wife Marie-Eve Seguin, spent three years before that in Europe learning the beer making and planning their operation.

I love it when small towns have their own brewpub. That this place has been open for eight years shows that not only that they make good beer but are well supported by the local population.

The moment I opened and poured this IPA, the citrusy aroma of the hops came bursting out and I had yet to even have put my nose to it. All the beer that la Choupe brews has a secondary fermentation in the bottle (a little yeast is added to the bottle so the beer keeps fermenting while it ages) so the beer was a little cloudy.


Although the bottle says the beer is 90 IBUs (International Bittering Units), it is not over powering in bitterness. Instead this is a very well balanced beer with a n excellent west coast citrus bitterness at the end.

This is a nice beer, very nice. I wish I had brought home more. 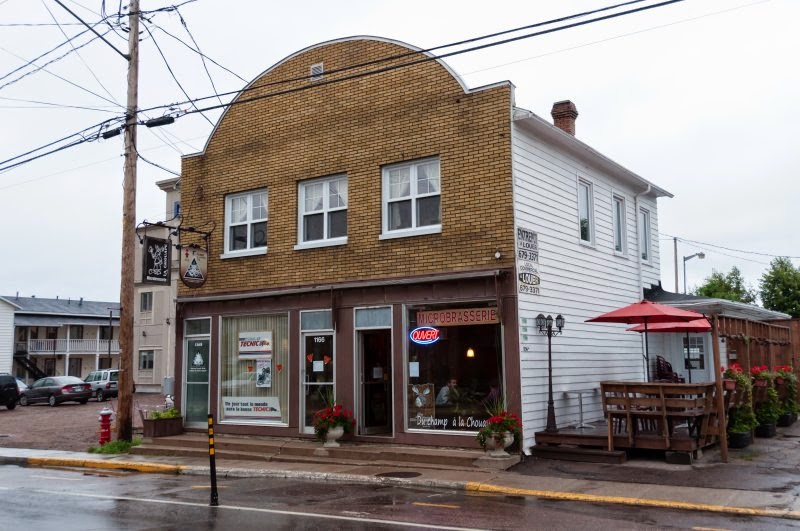