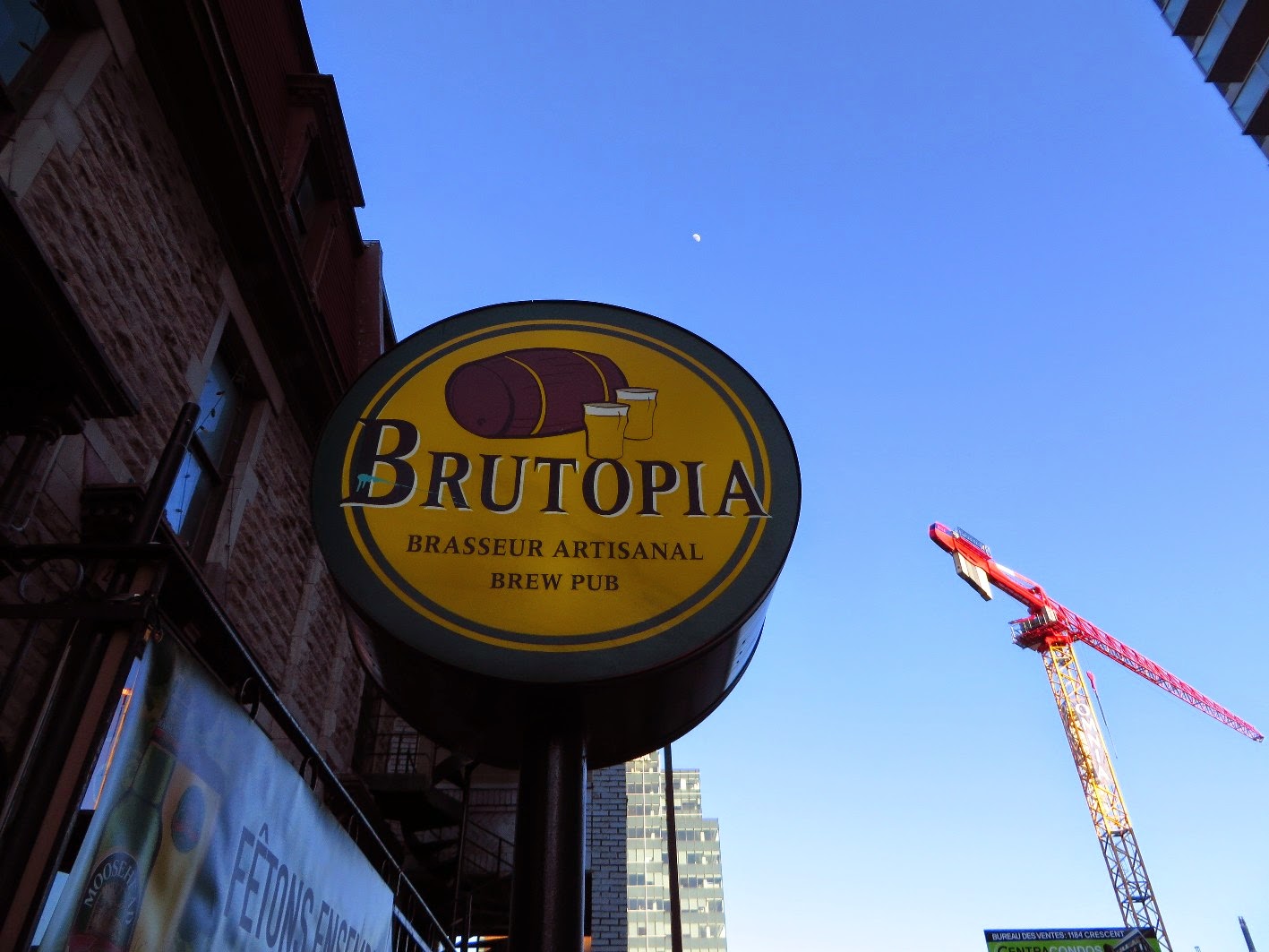 Across the road from our hotel is a brewpub, one of many in Montreal, called Brutopia Brewpub. Teena and I had to stop in to give it a try.

They had a good selection of home brewed beer and right away, I headed for the hops and ordered an IPA. 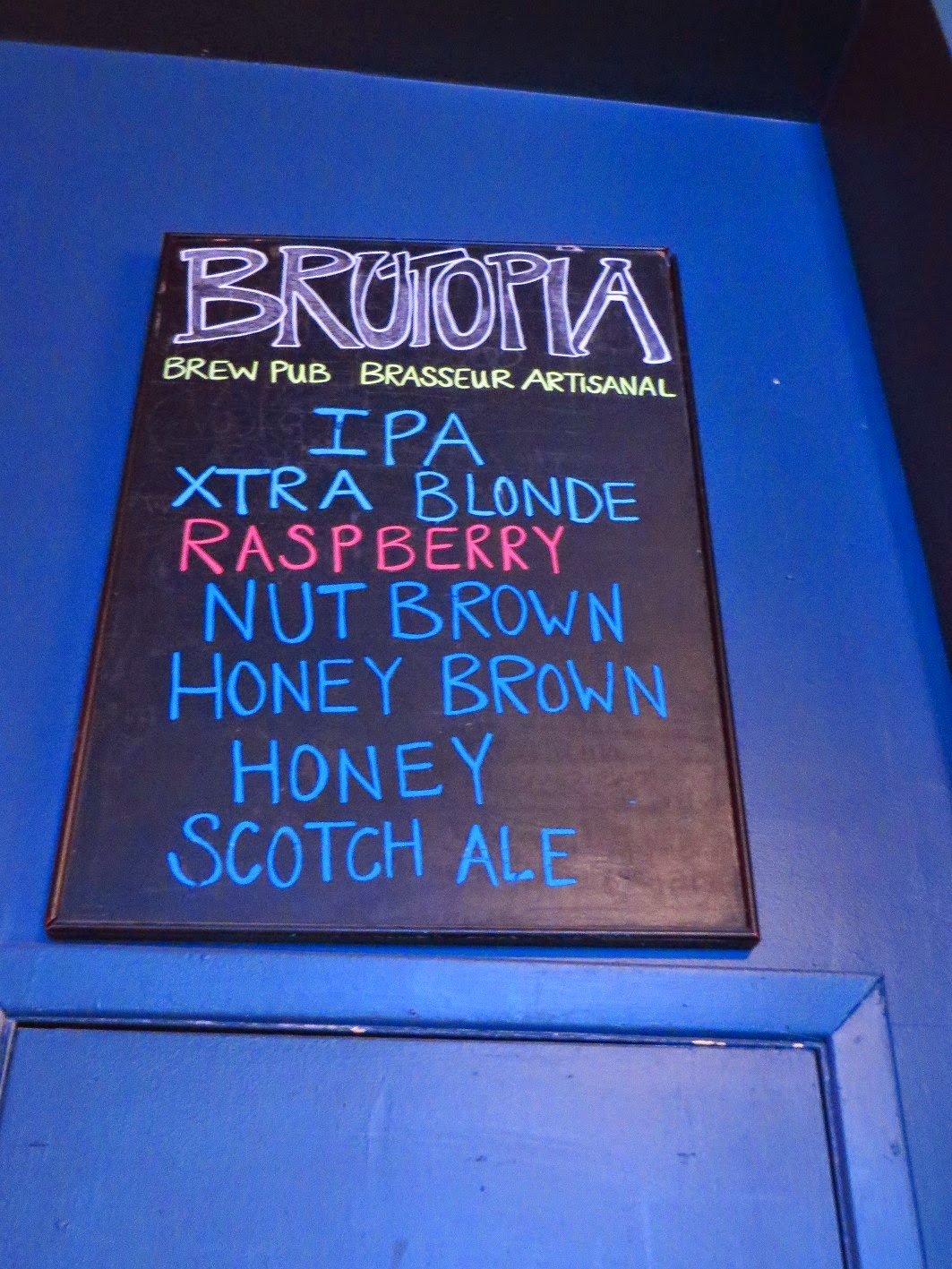 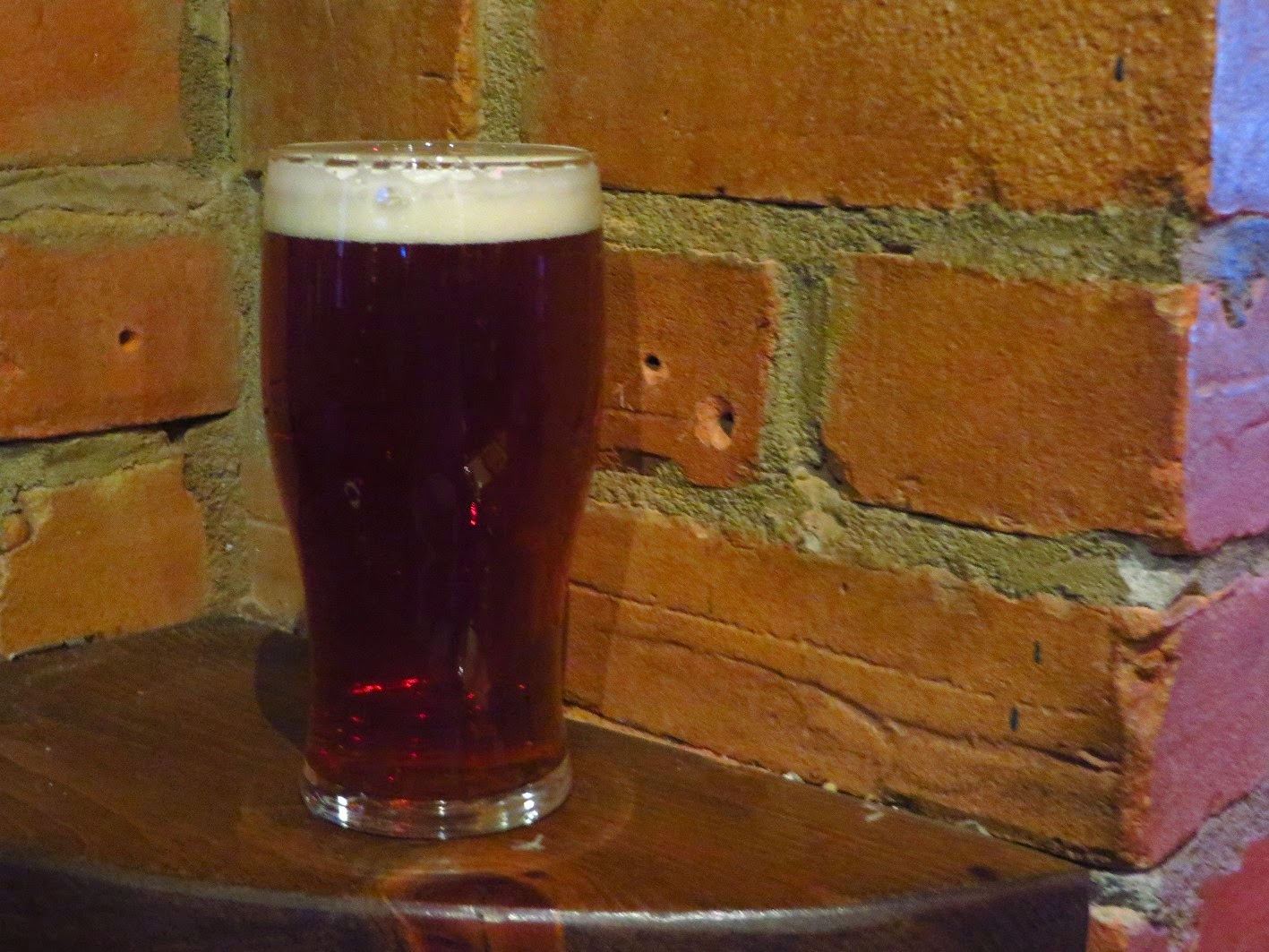 It was OK. Nicely balanced between the malt and hops, but really not hoppy enough for me. A nicely crafted beer which was more malt forward than I like. Next up was the Dark IPA. 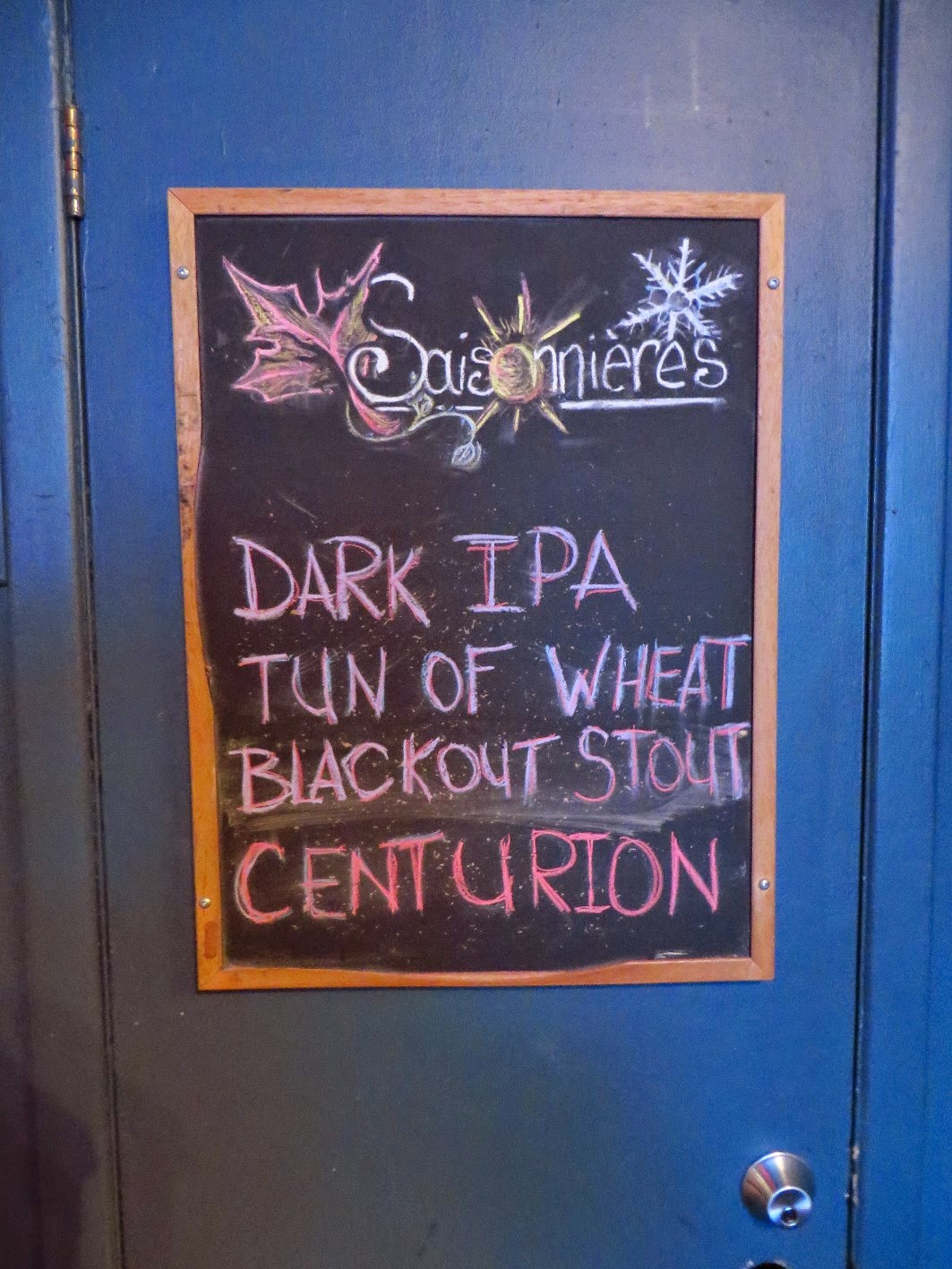 It was a little more bitter, with the roasted malt bringing out more bitterness. A nice but not great beer. Teean had a Raspberry Blonde which she really enjoyed.

It was a true brewpub and they do brew their beers in house. 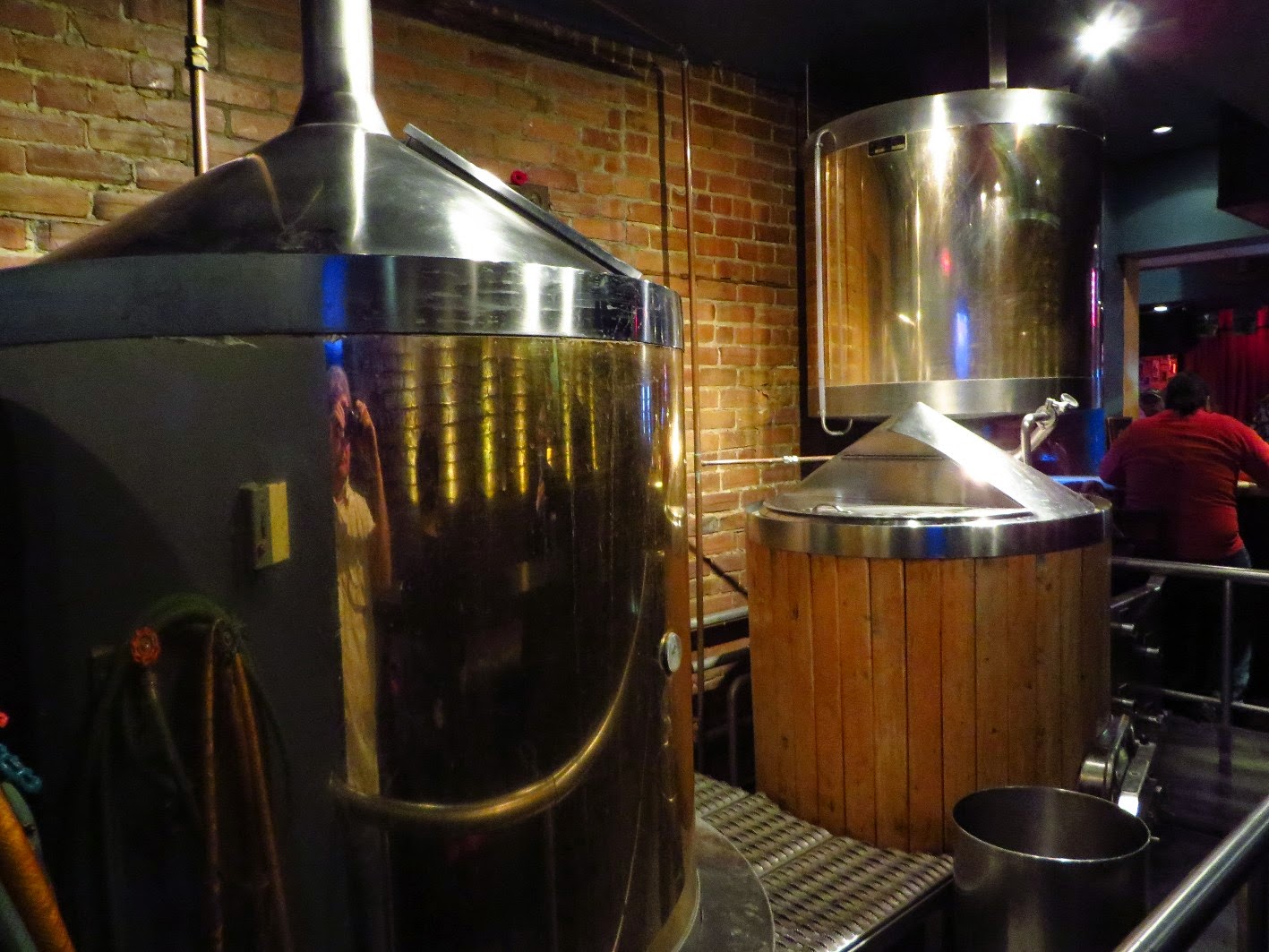 Jazzlee (very cool name) was a great server and gave us a list of places to try while we are here in Montreal. I enjoyed the service and atmosphere of the place and would stop in again. 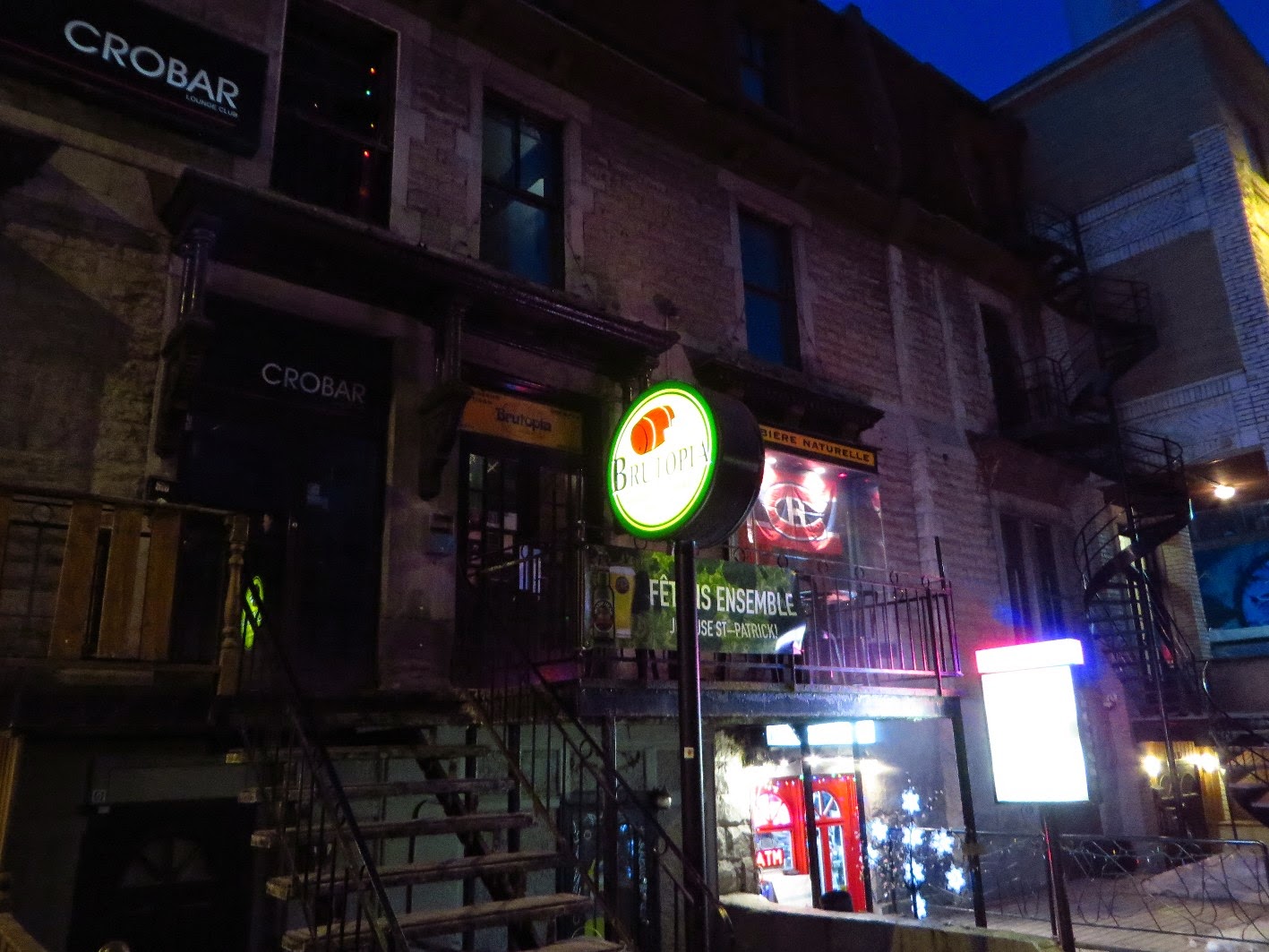