The Montreal Tower at Olympic Stadium 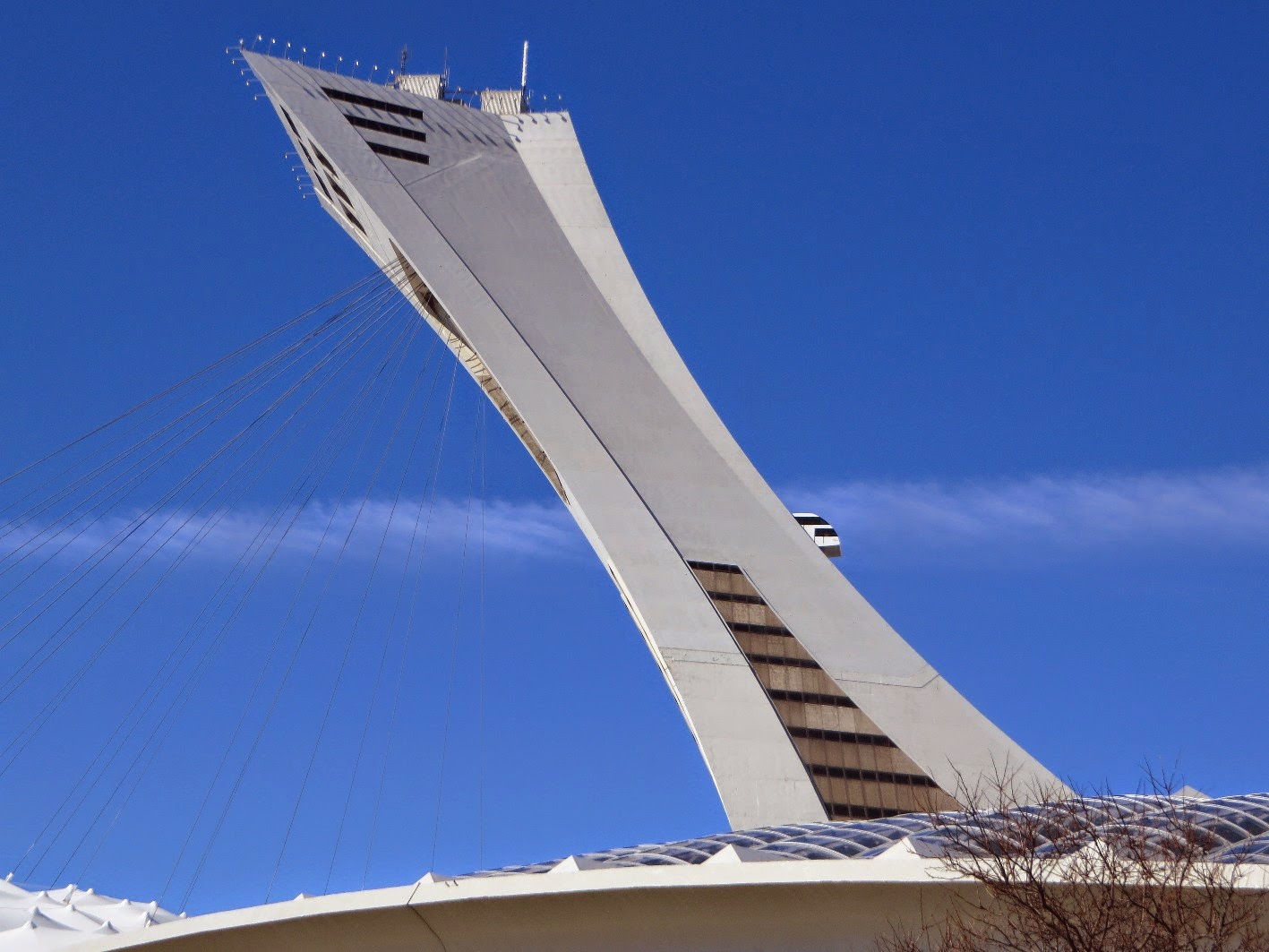 Olympic Stadium in Montreal was built for the 1976 Olympics. The Tower, now called the Montreal Tower, was built to create the first retractable roof in the world, although it was not completed until 1987. 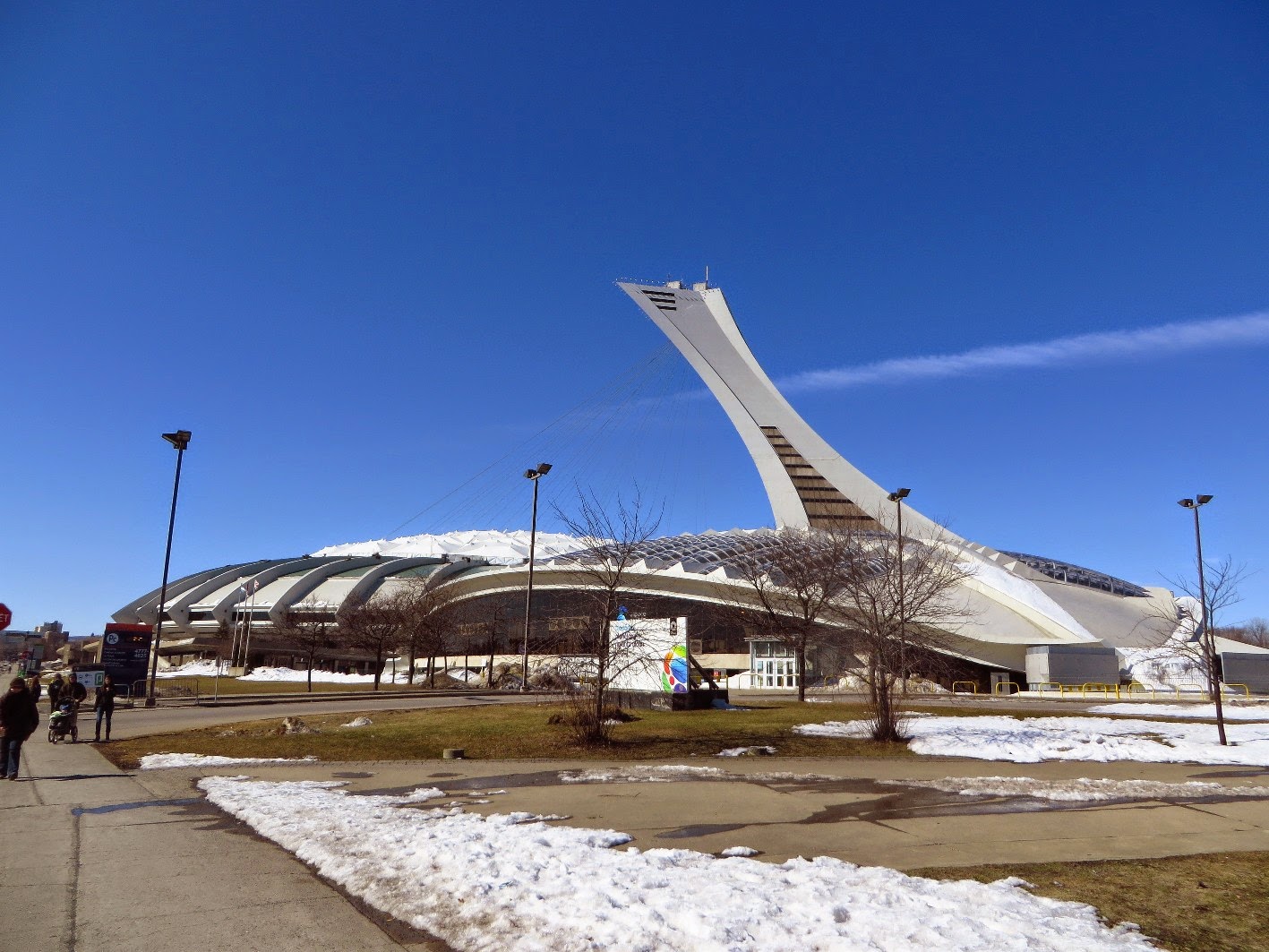 Accessible by a funicular, The Montreal Tower is the tallest inclined tower in the world, rising 165 metres at a 45-degree angle. At its peak, you can admire the Montréal area and the St. Lawrence Plains 80 kilometres in the distance.

The ride up on the funicular is terrific with a fabulous view. At 165 metres, the Montréal Tower is the tallest inclined tower in the world! The funicular is the only one in the world that operates on a curved structure. It has a hydraulic system that allows the cabin to remain horizontal during the two-minute ride to the top.! 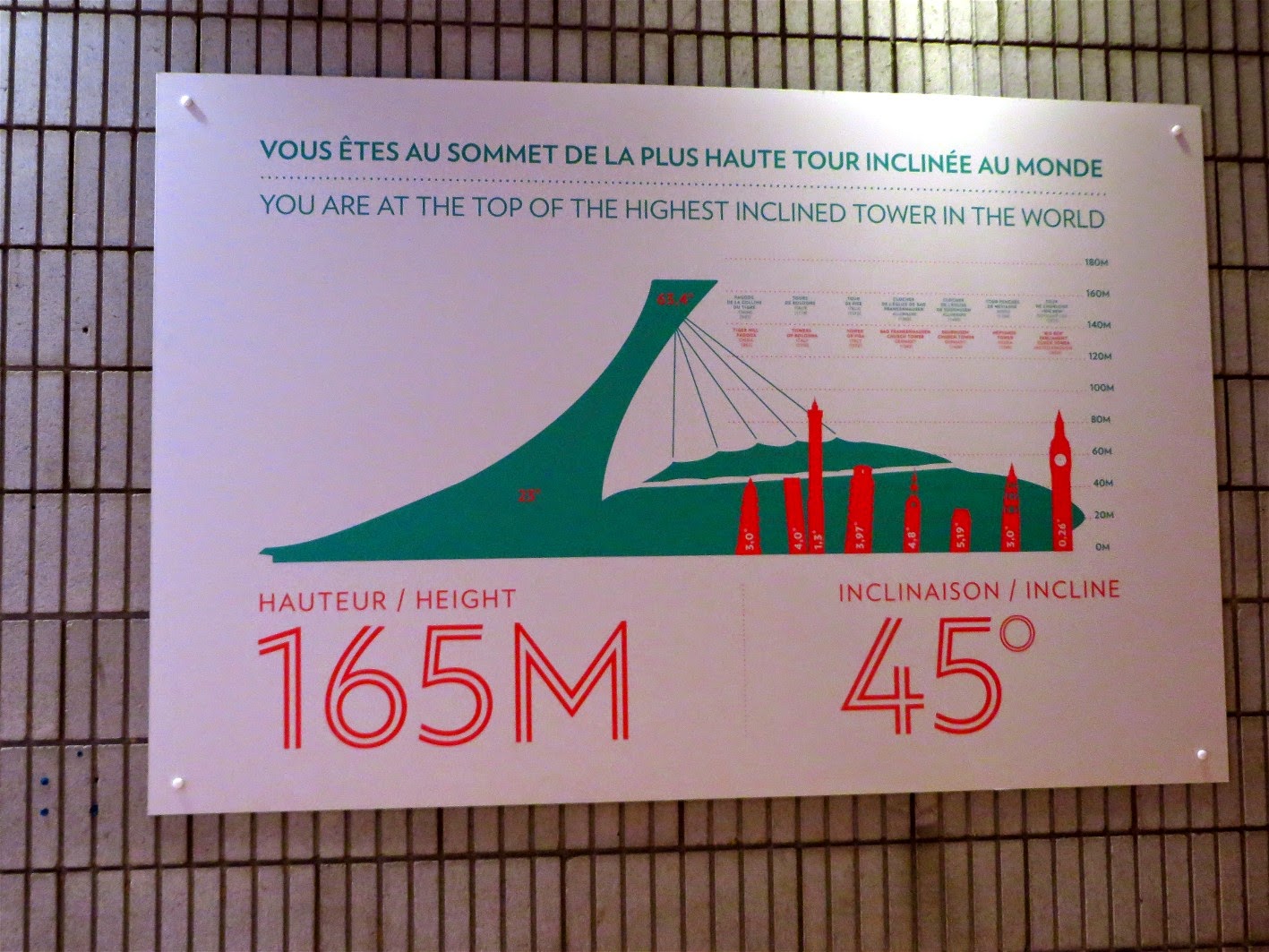 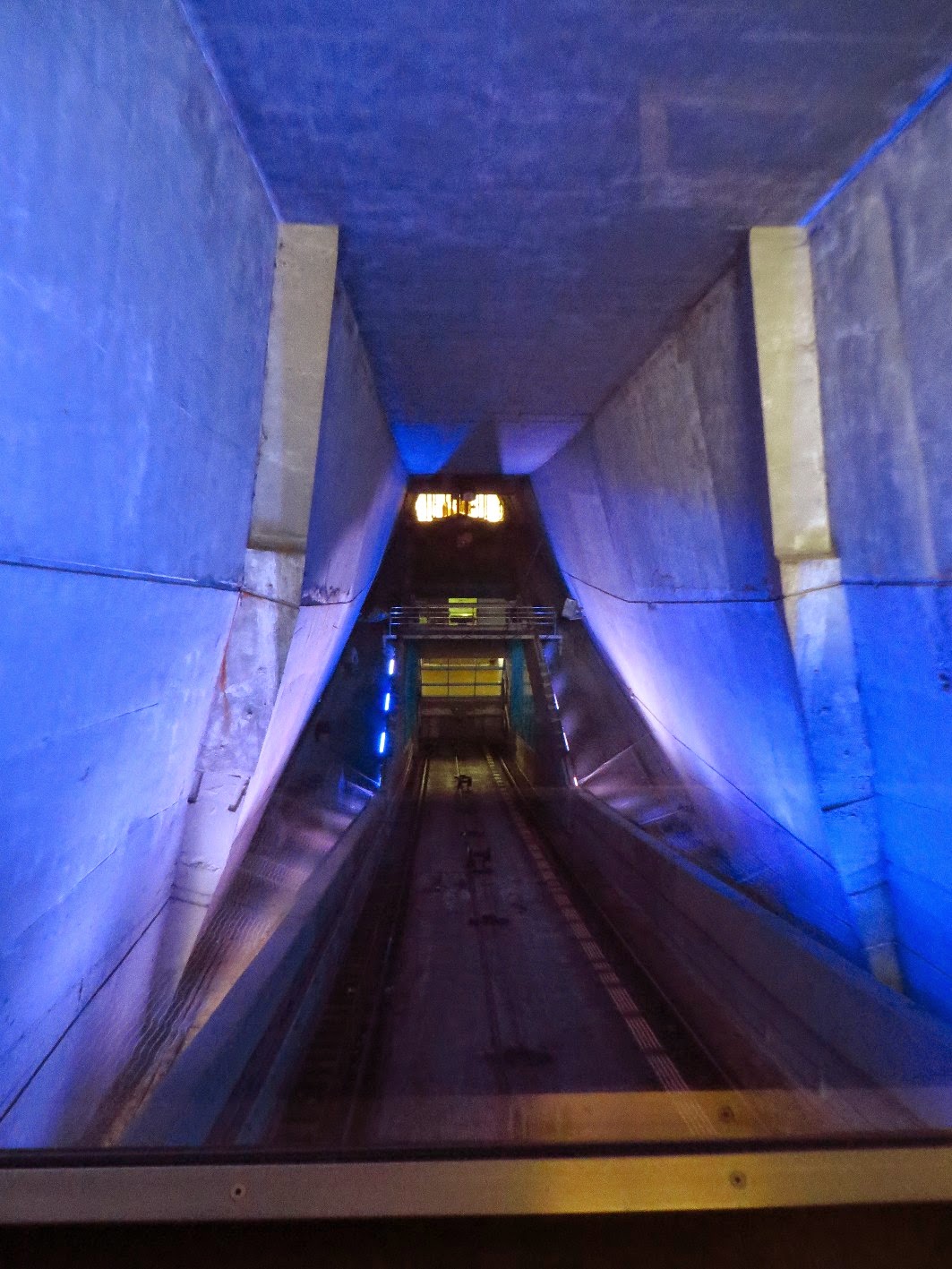 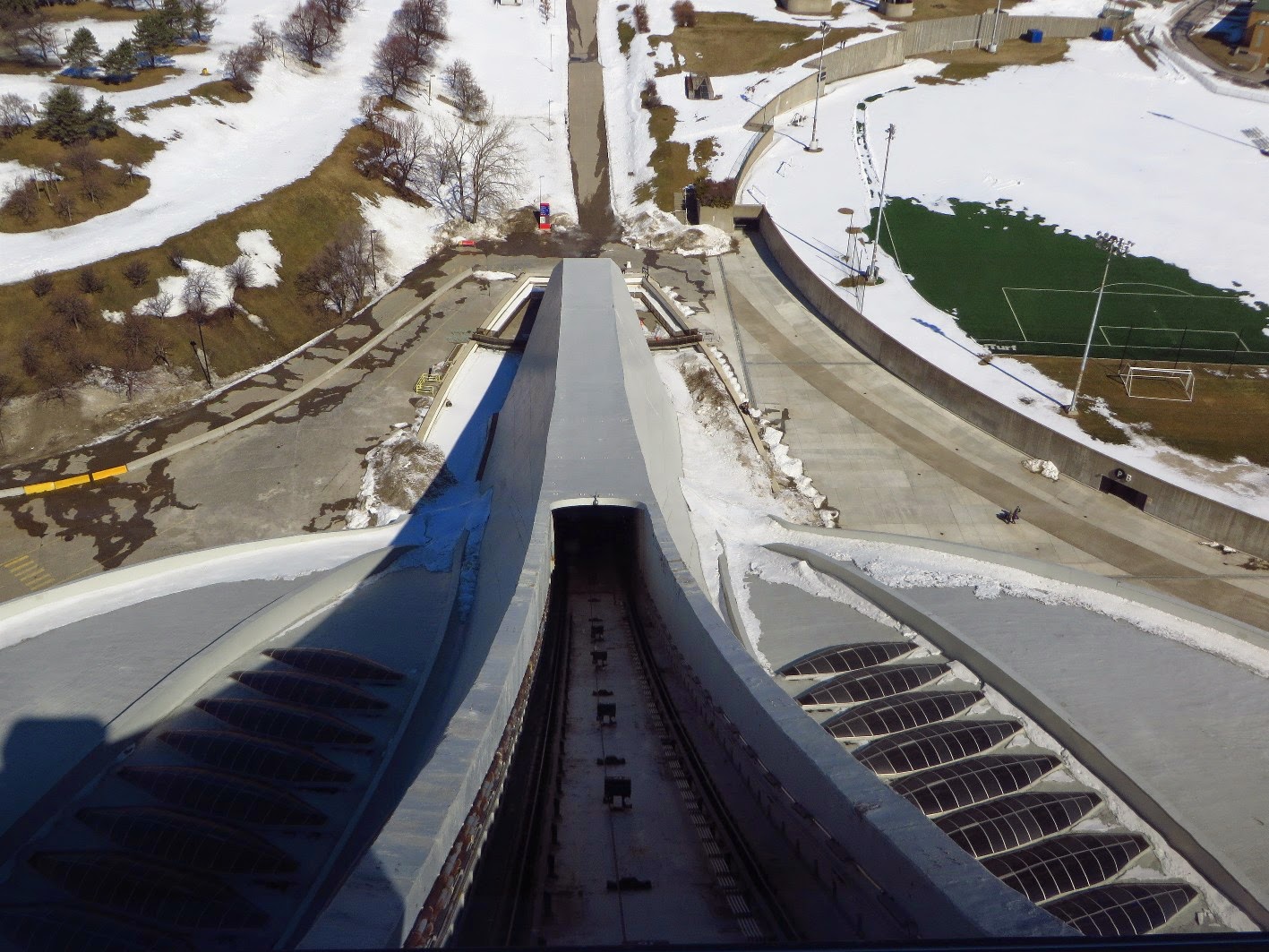 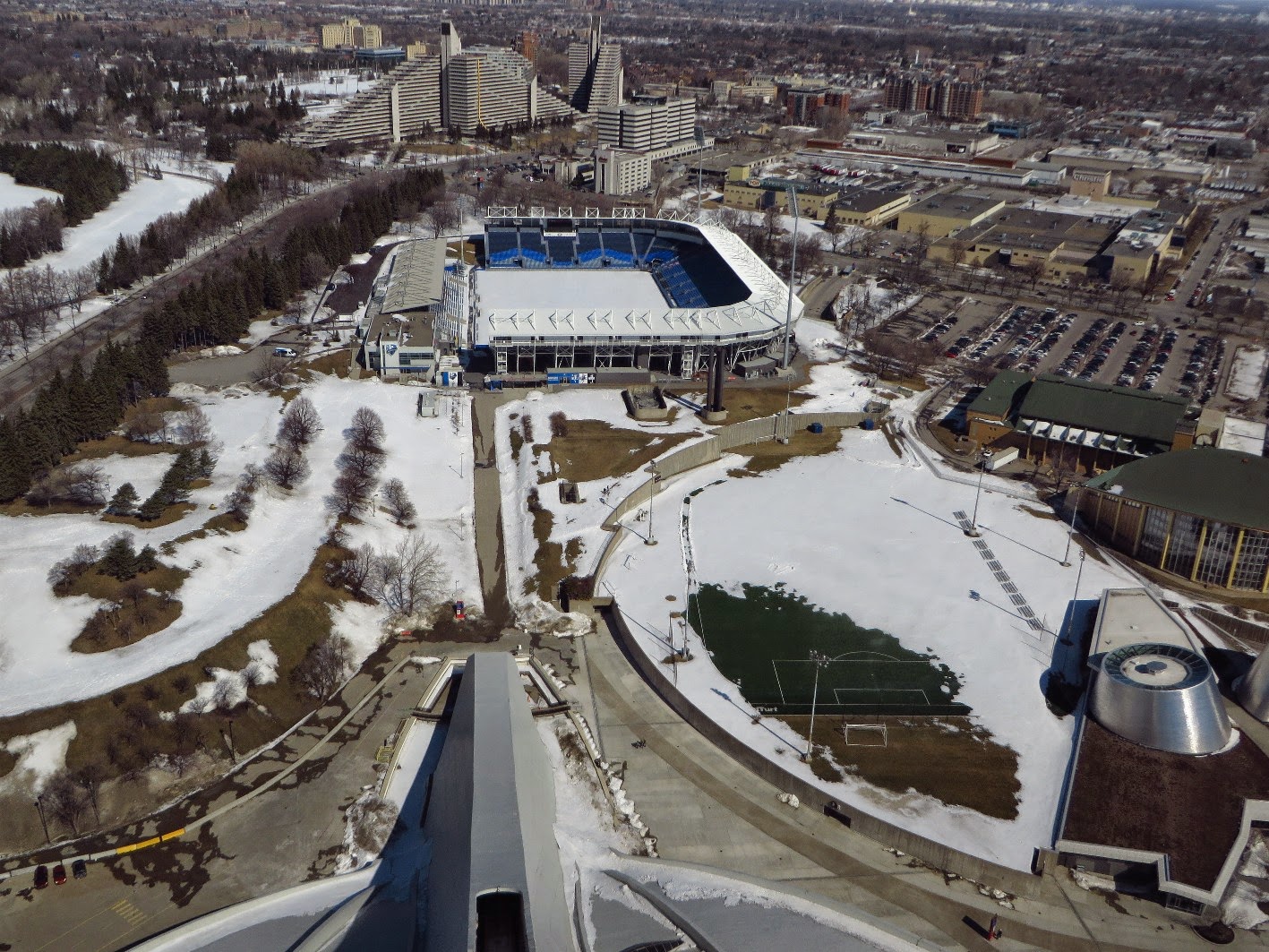 The view from the top was great. There are two levels to visit but I will say that I was disappointed that there was no outdoor observation deck. 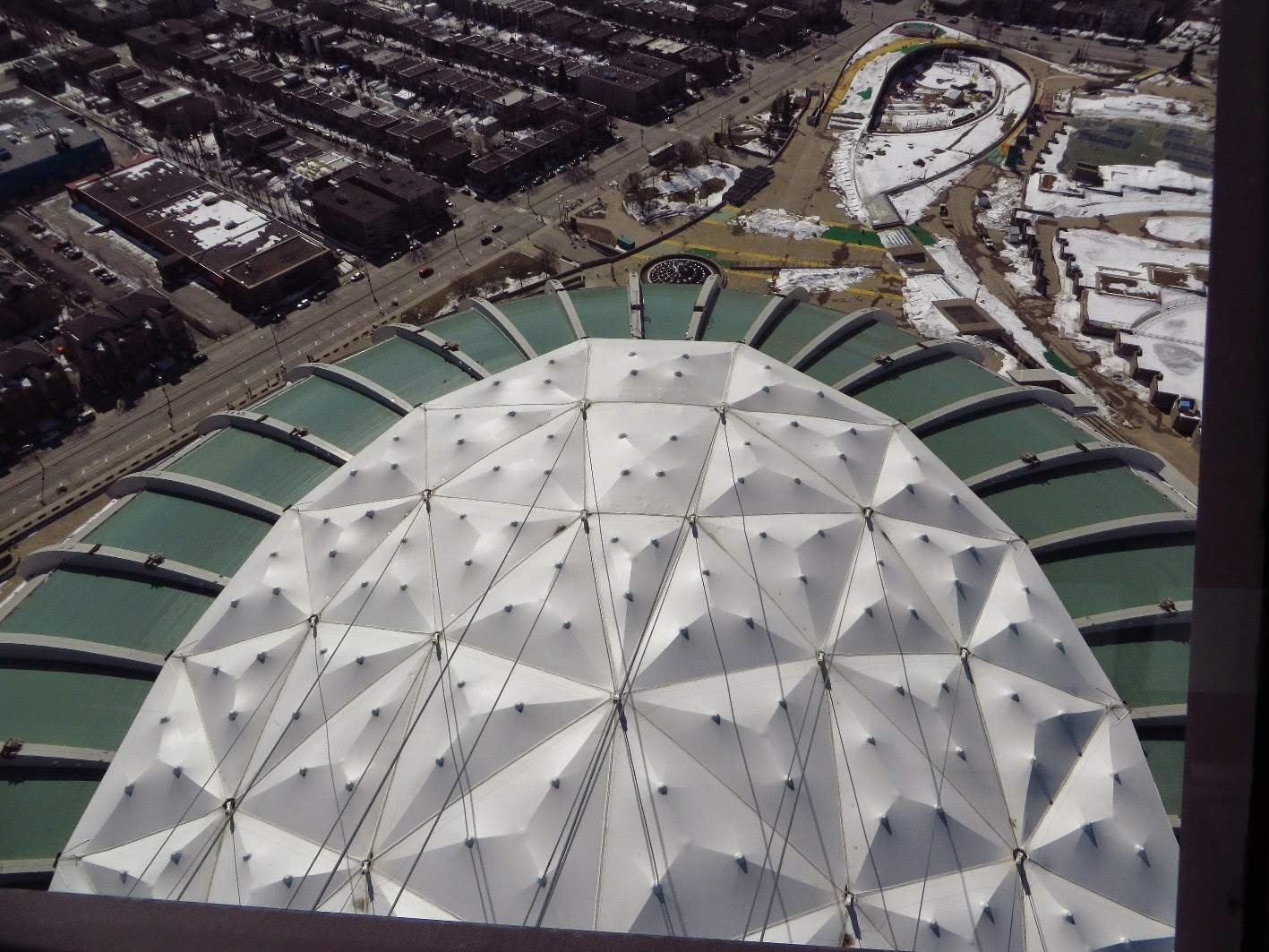 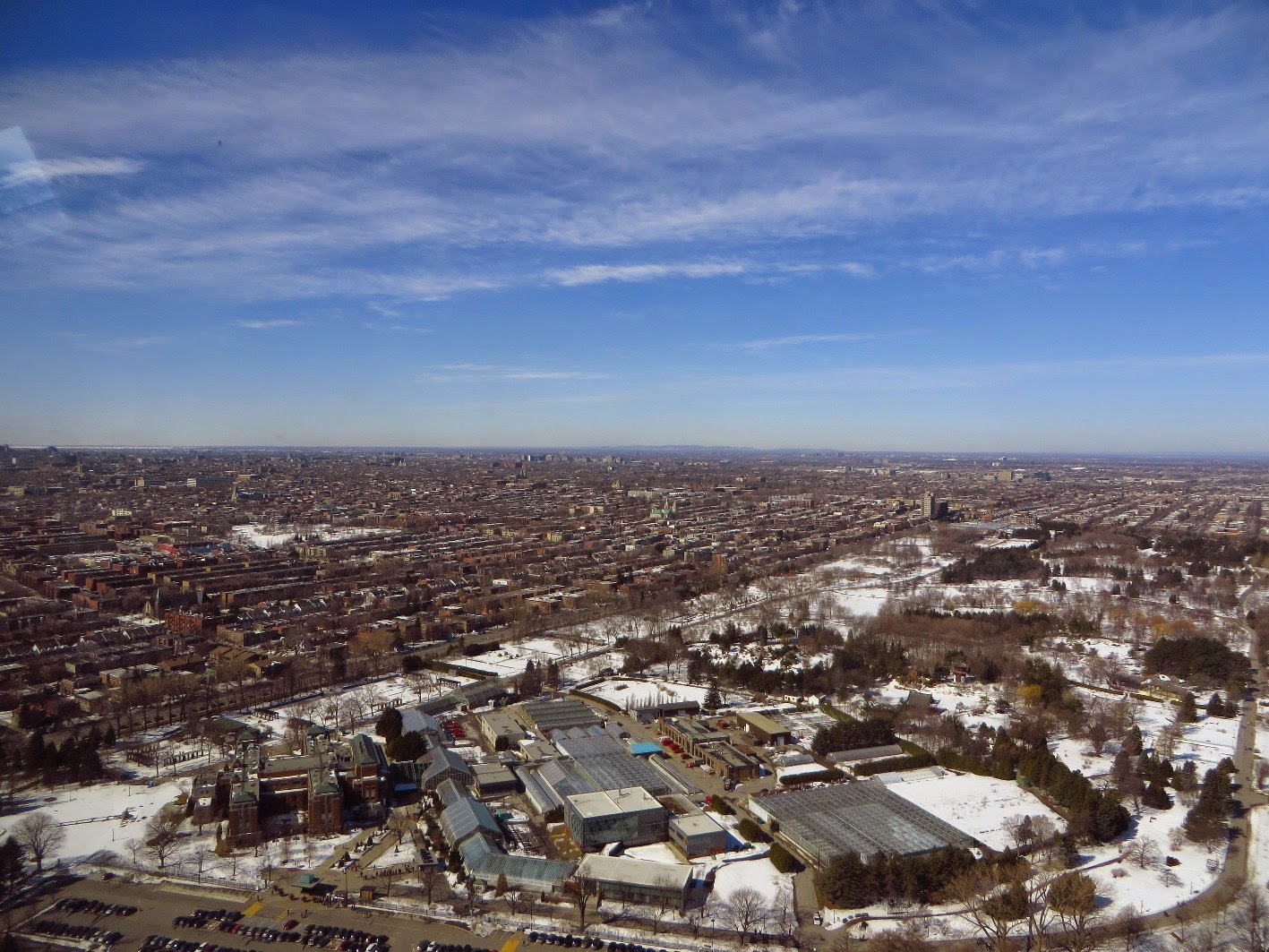 This is Mont Royal. We would be climbing up it an hour or so later. 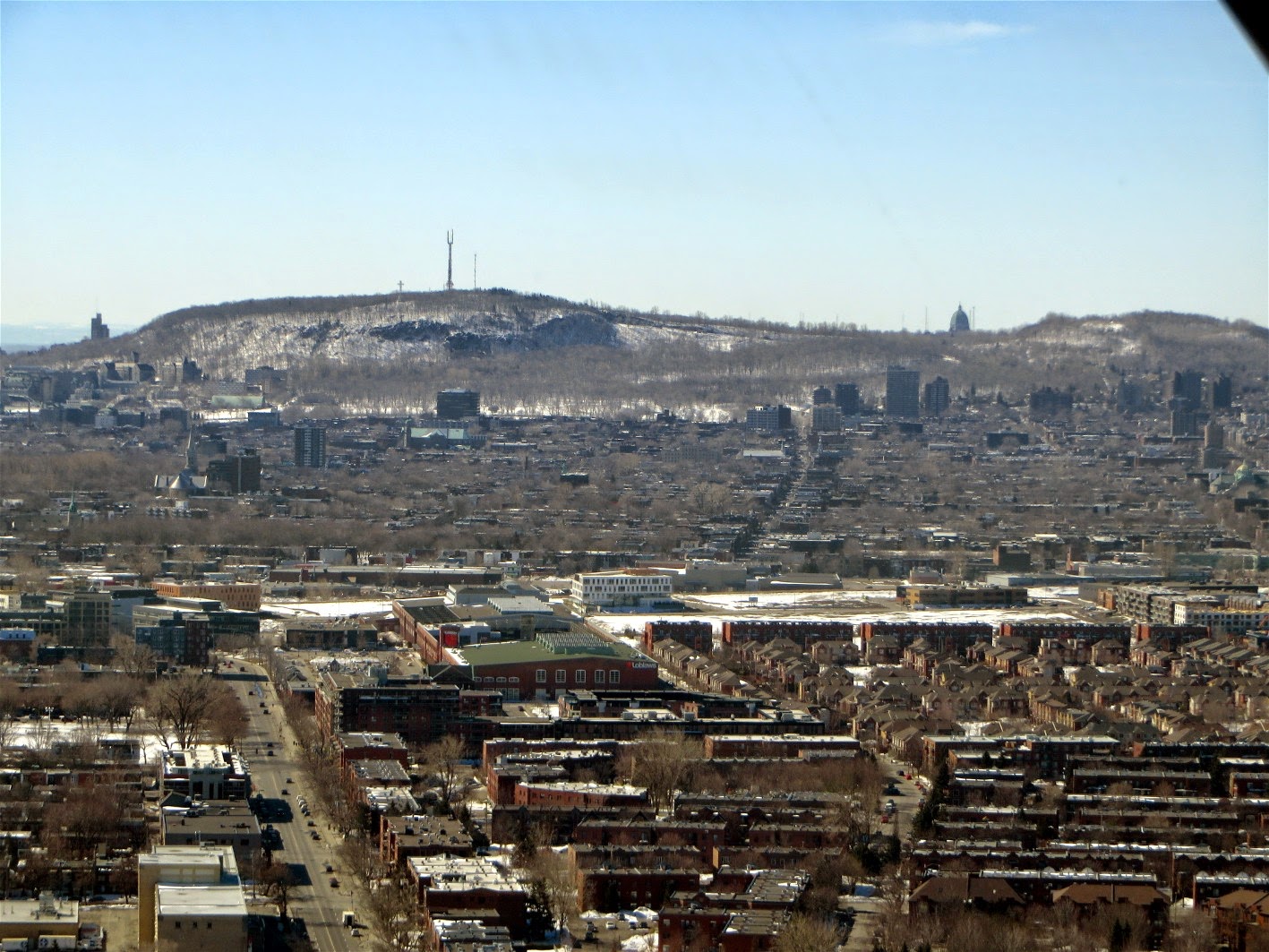 Great views of the river. 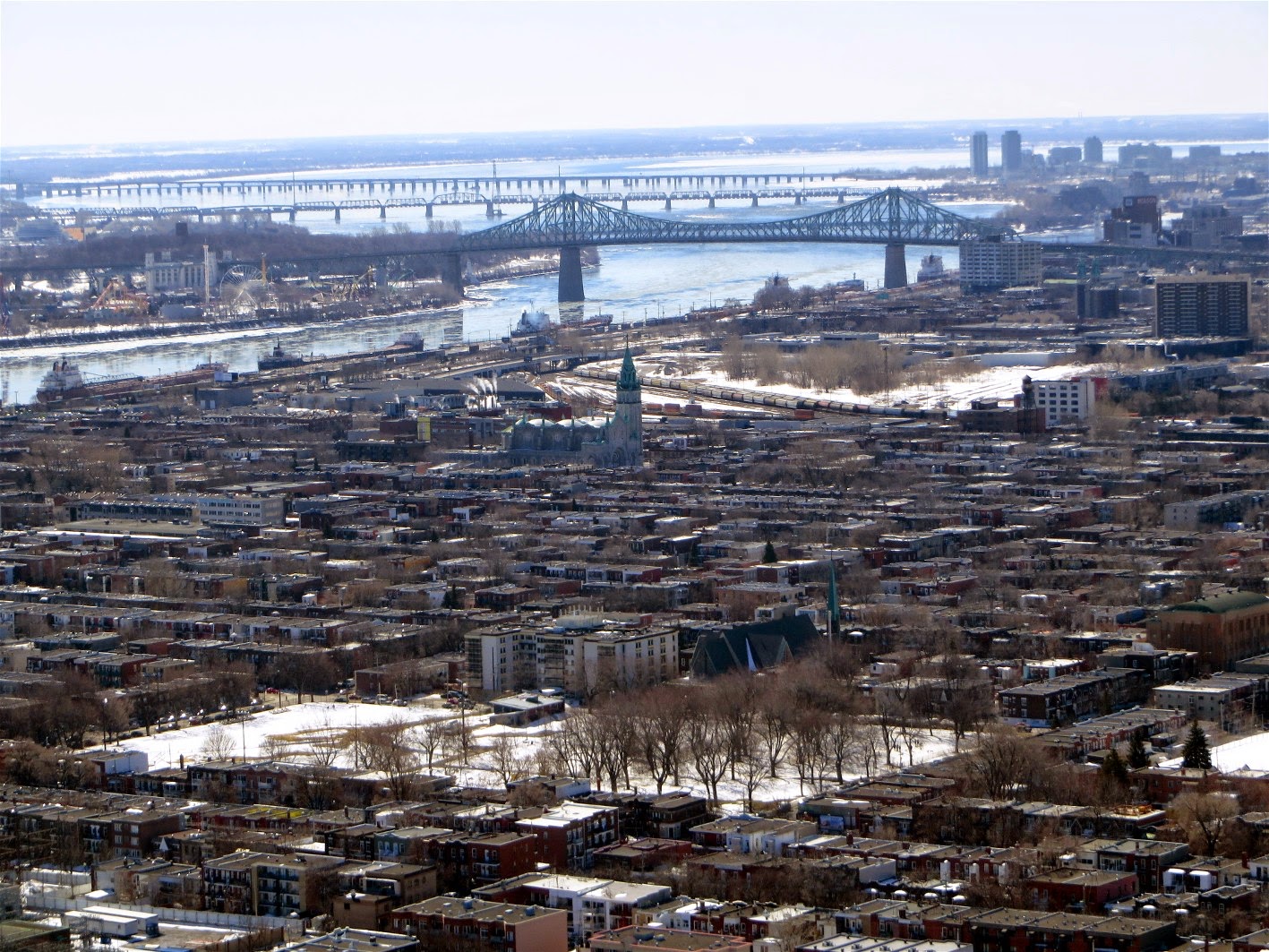 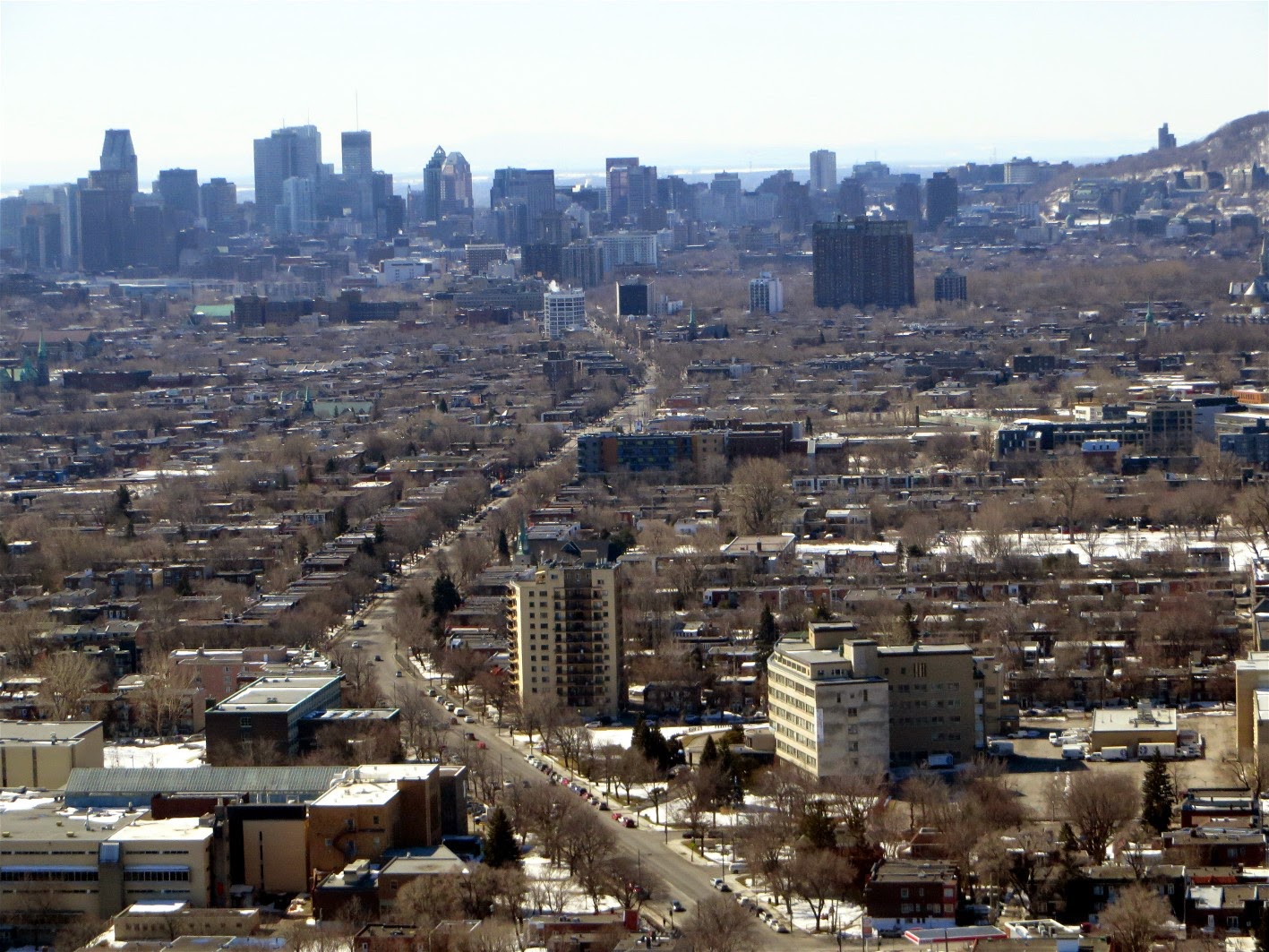 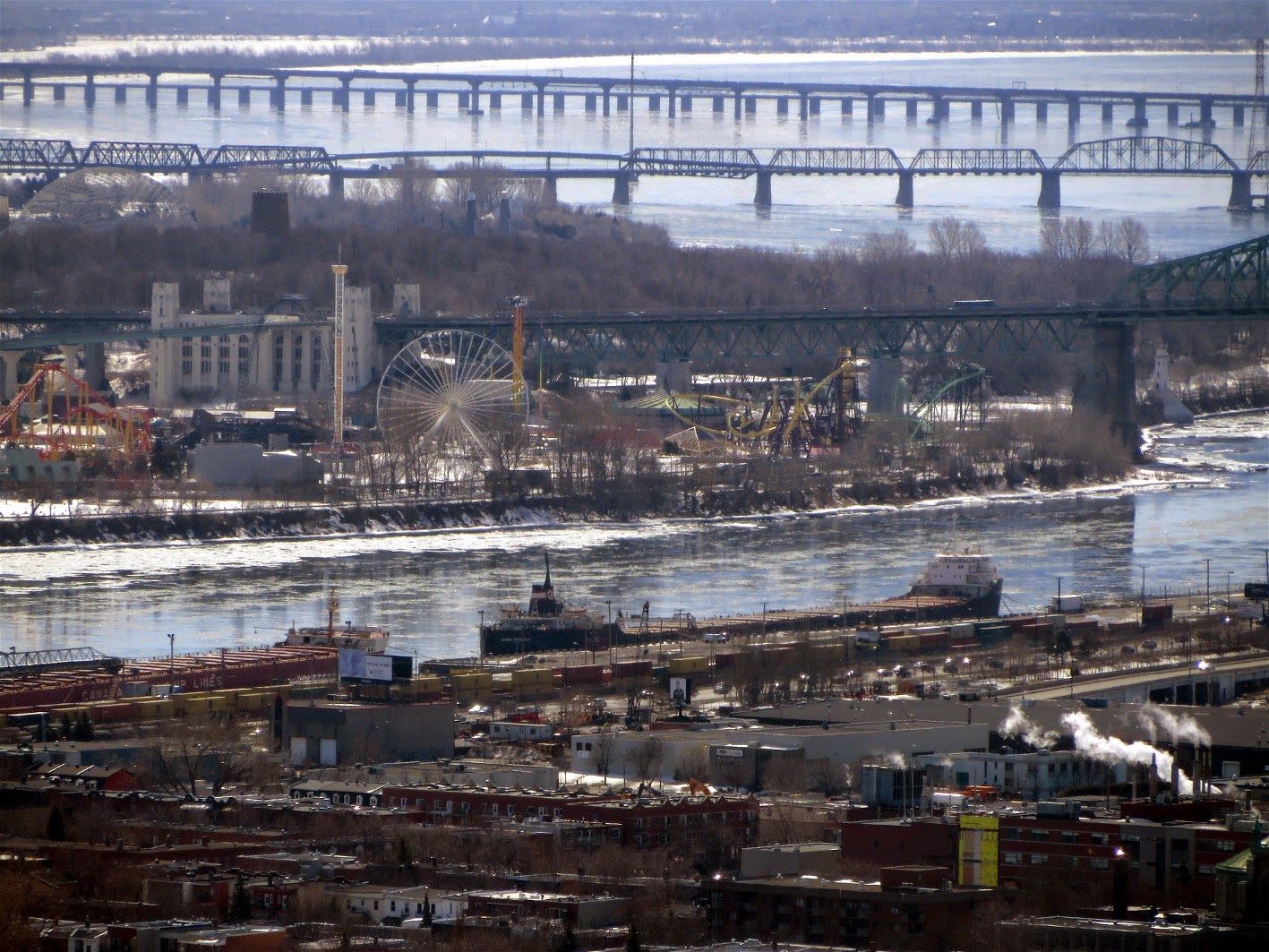 One complaint, though, besides no outdoor access. If you live in Quebec, this cost you $18. If you are a tourist, they charge $22.50. I question their approach to tourism with this. They do have this free cheesy fake shot and it was fun to do. 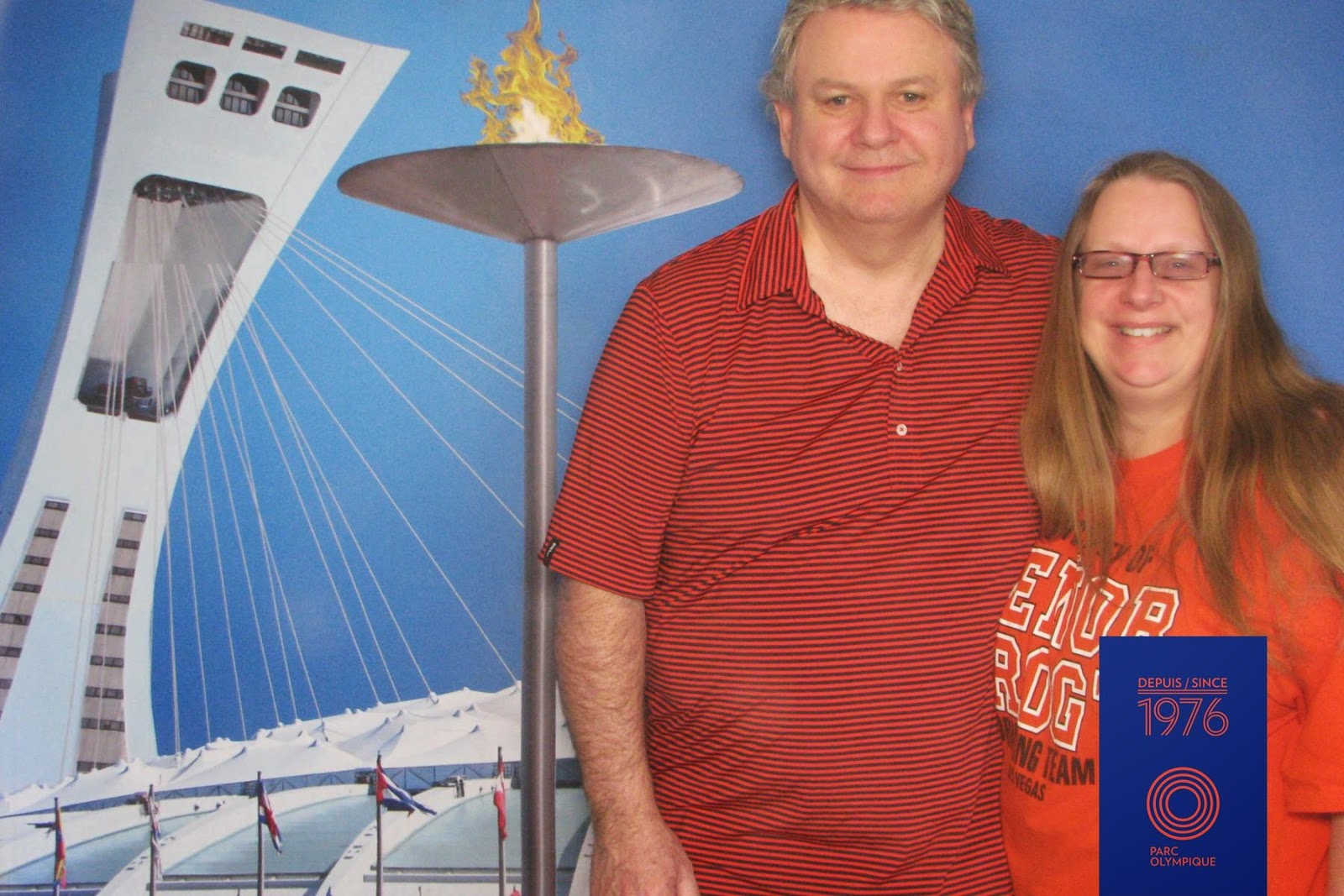 A real shot of Teena and I. 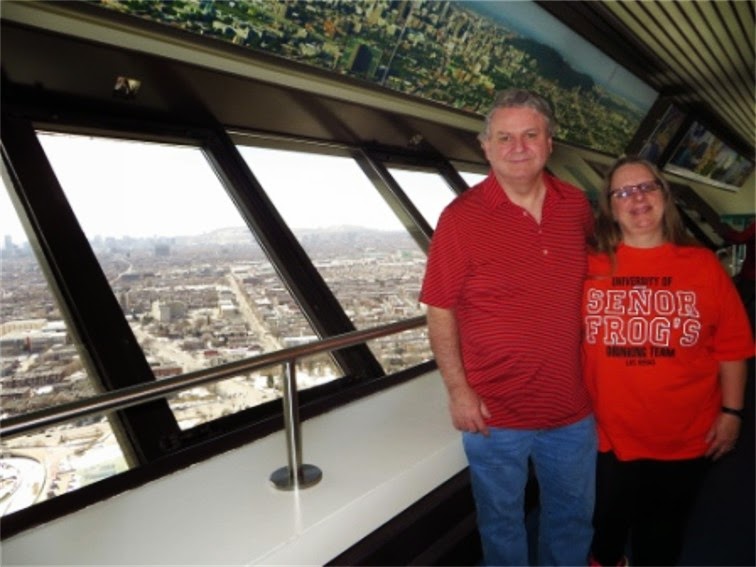 We both enjoyed the experience and would recommend it to others.
Posted by Swordsman at 12:30