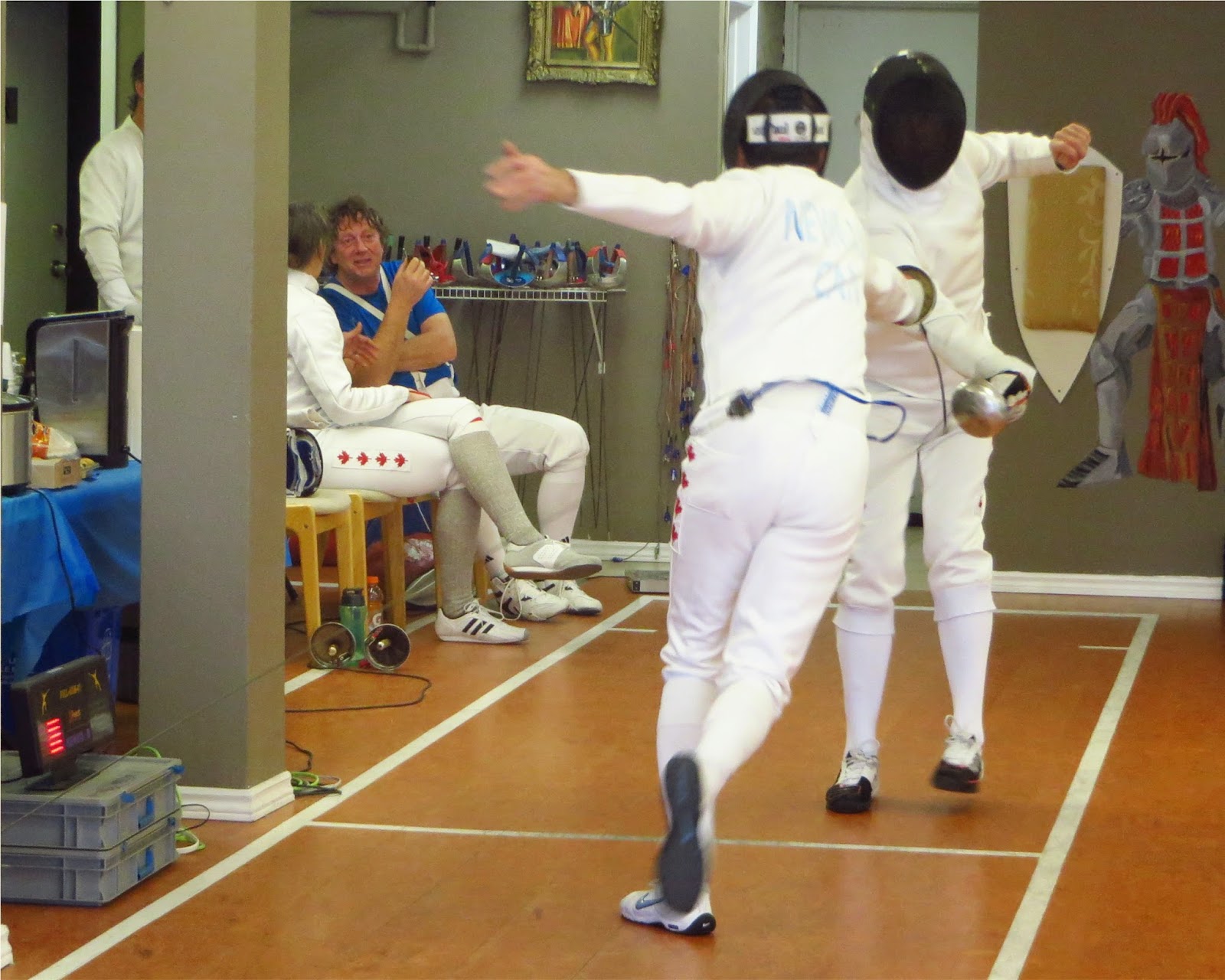 This weekend is a three-weapon Veterans' event at the Kingston Fencing Club.

There are three tournaments, one for Epee today and tomorrow will feature Foil in the morning and my favorite weapon, Sabre, in the afternoon. Medals are awarded for each tournament and a Master at Arms trophy is awarded to the fencer who had the best showing in all three weapons. I am skipping foil tomorrow so won't be up for that one. Like I even had a shot at it. 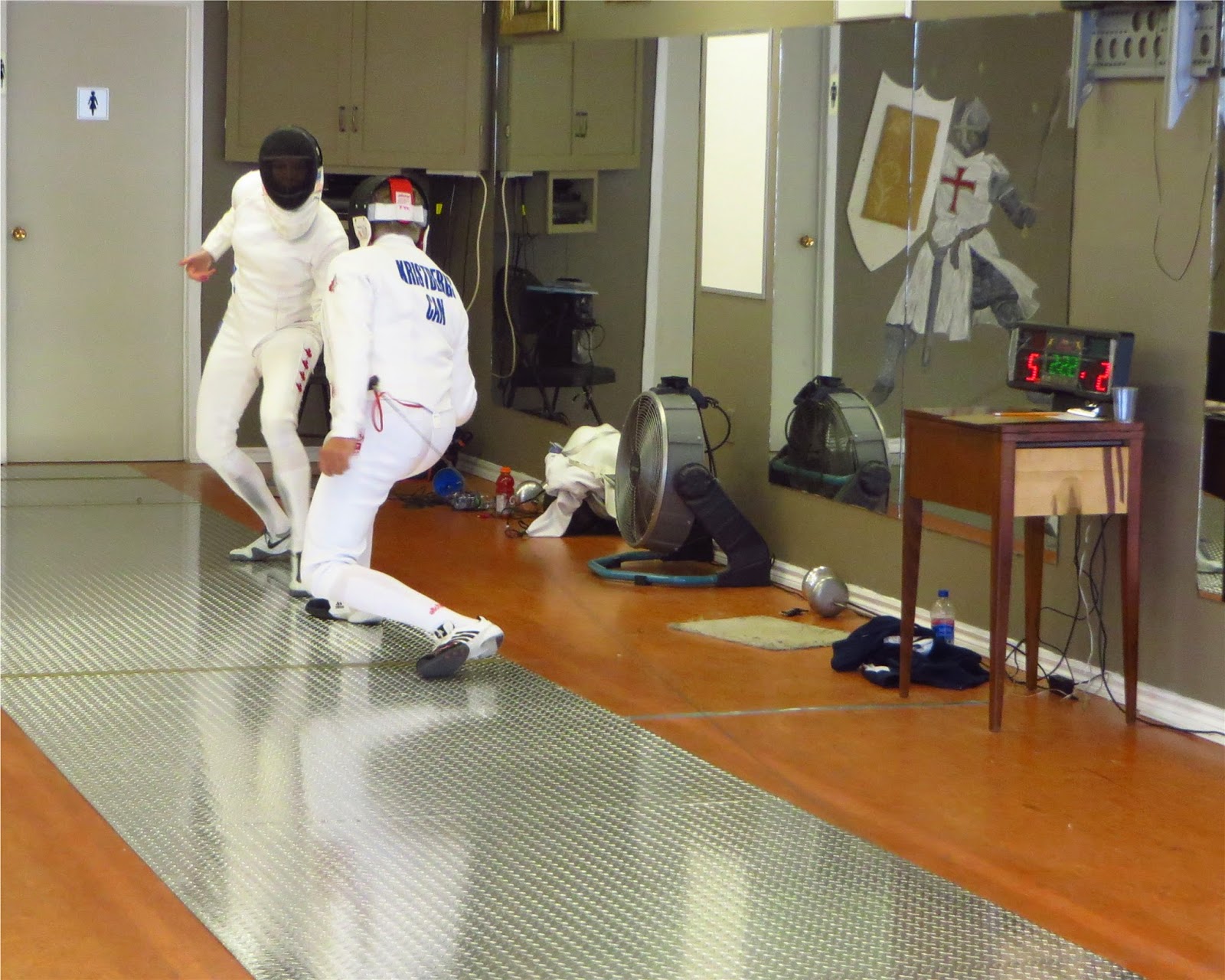 I recently decided to take up Epee and, in fact, last weekend was the first time I bouted with it in a couple of years. I think I have only held one three times. My hopes weren't very high but I knew it would be fun and it was.

The club is quite nice. It's in a storefront with two fencing strips (pistes) and change rooms. 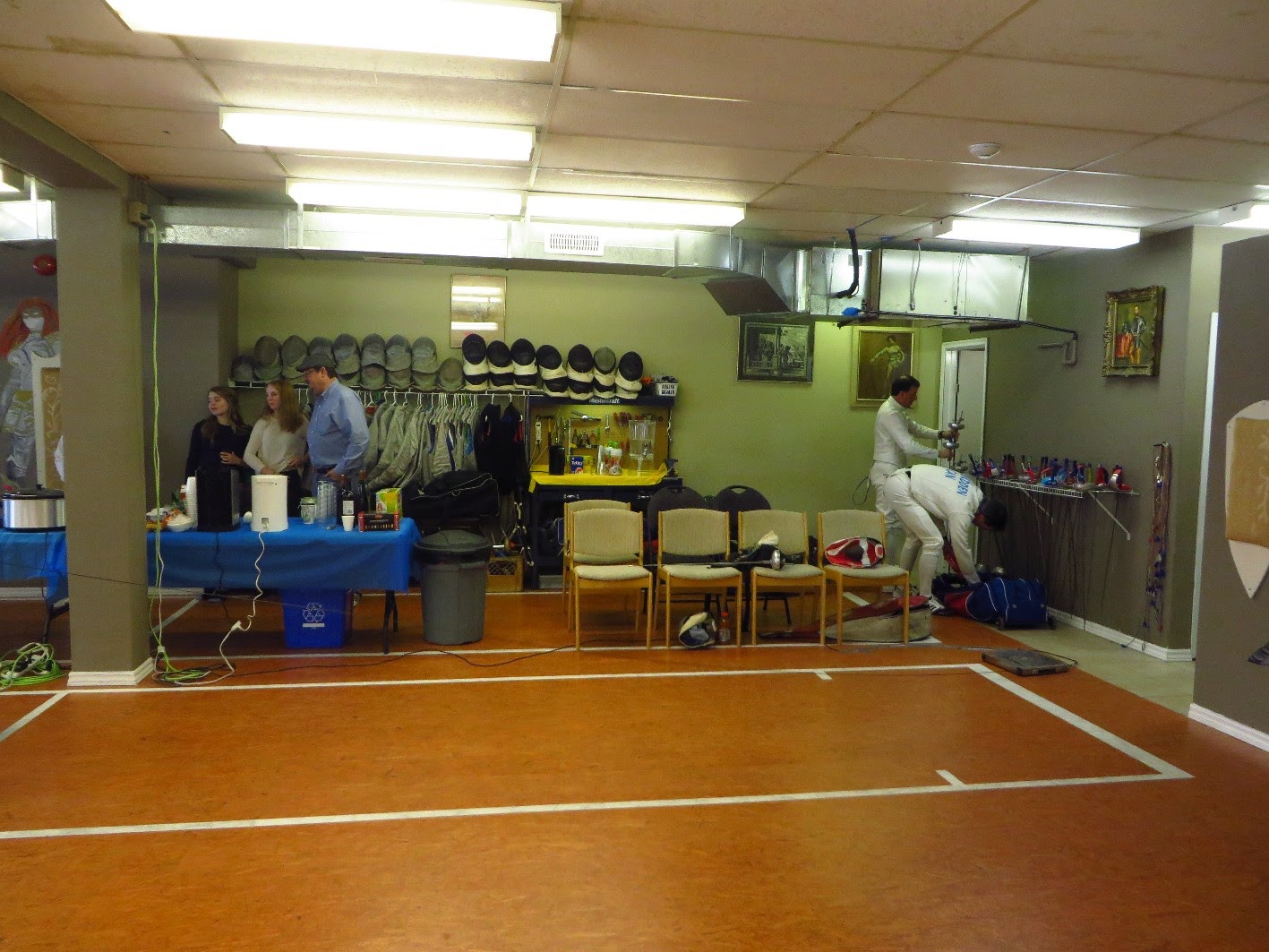 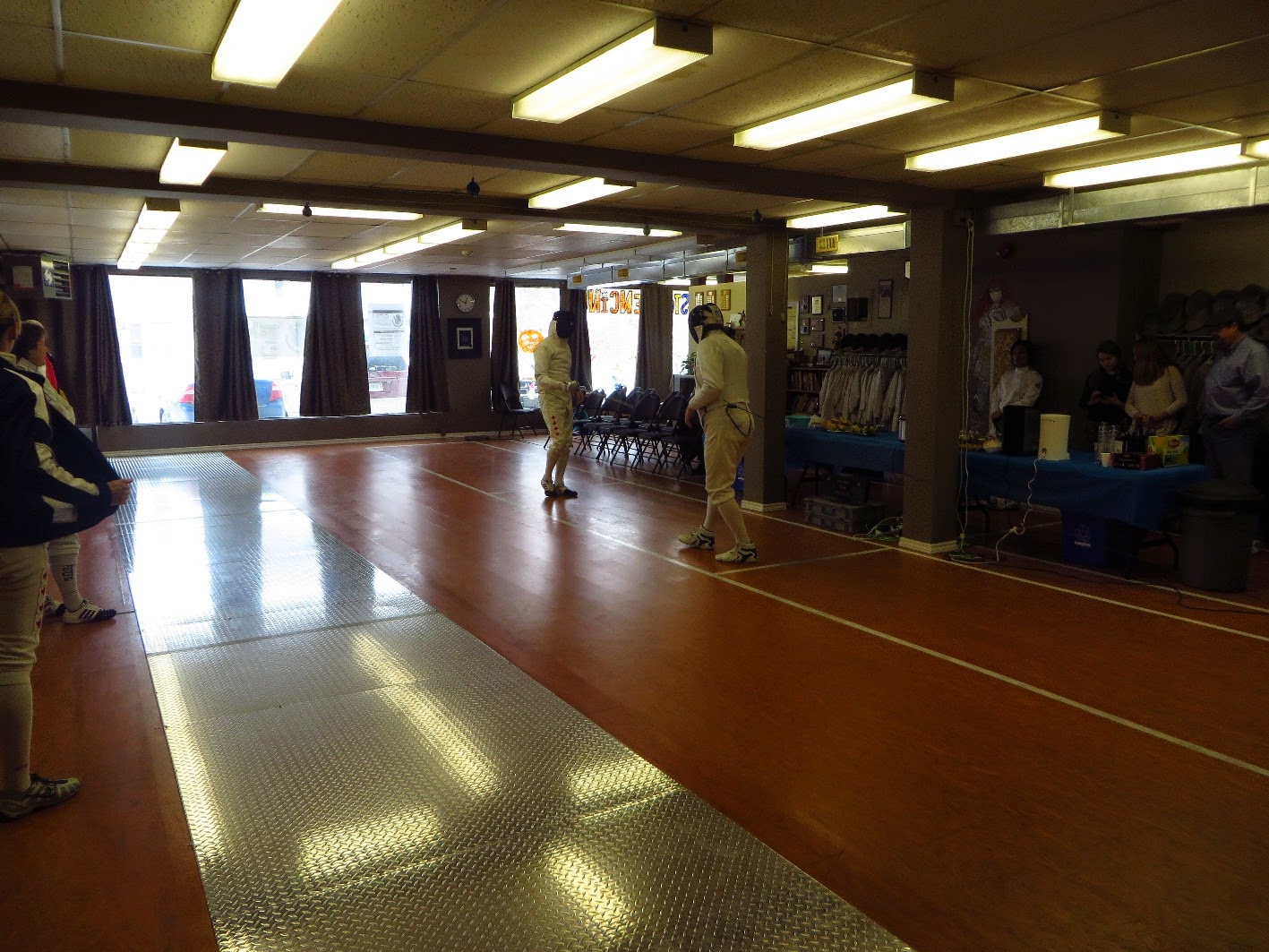 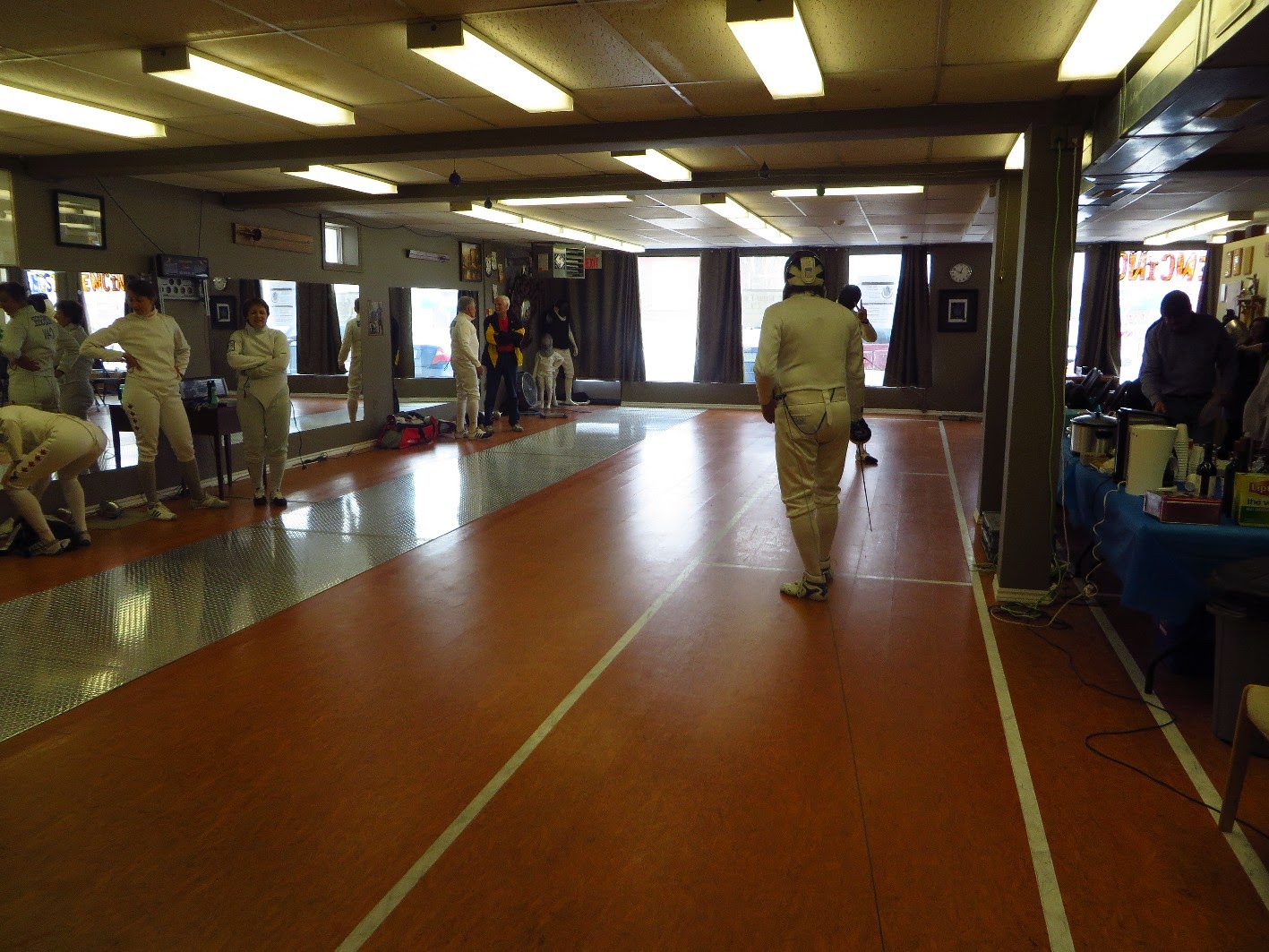 Henk (left), the owner of the club, started off by welcoming the two judges who came in from Quebec for the tournament. 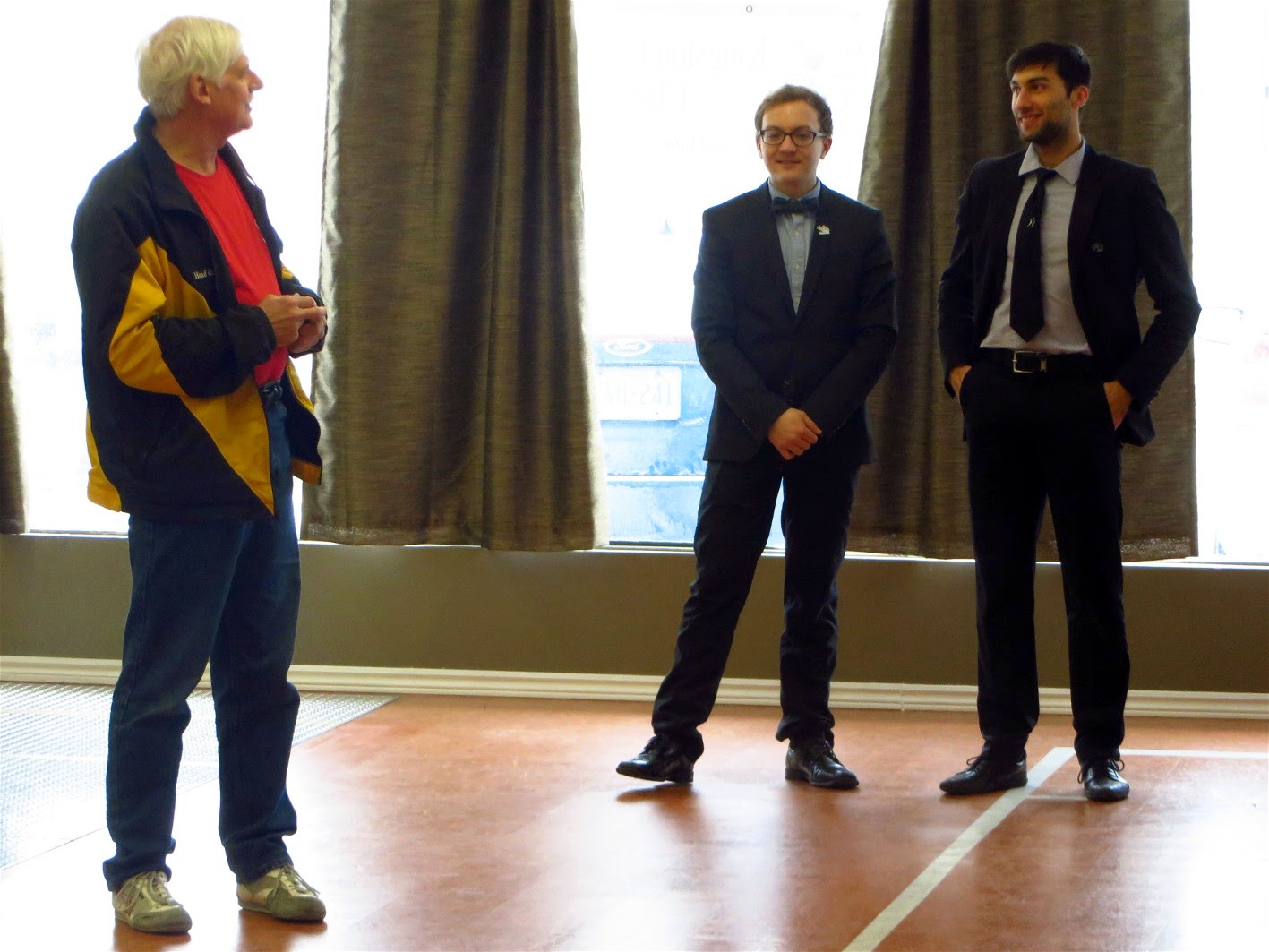 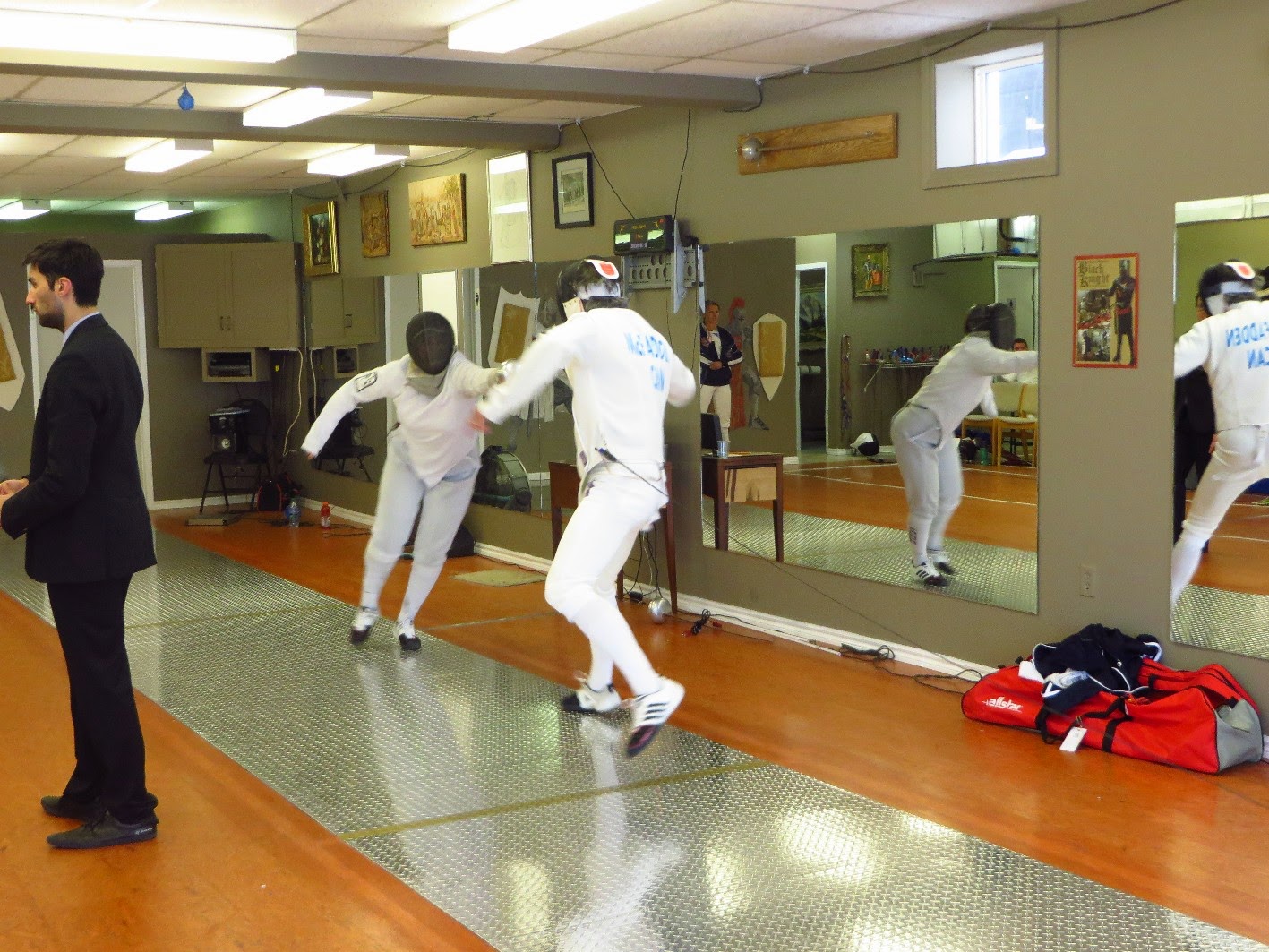 Food, wine, coffee, muffins and fruits were all available at the break between the pool and the elimination round. A local chocolatier owner, Derek from Ridgeway Confections, came with a large selection of his chocolates. I had the coffee one and one filled with Earl Grey tea, and they were fabulous. Oh, I had a drink of wine too. 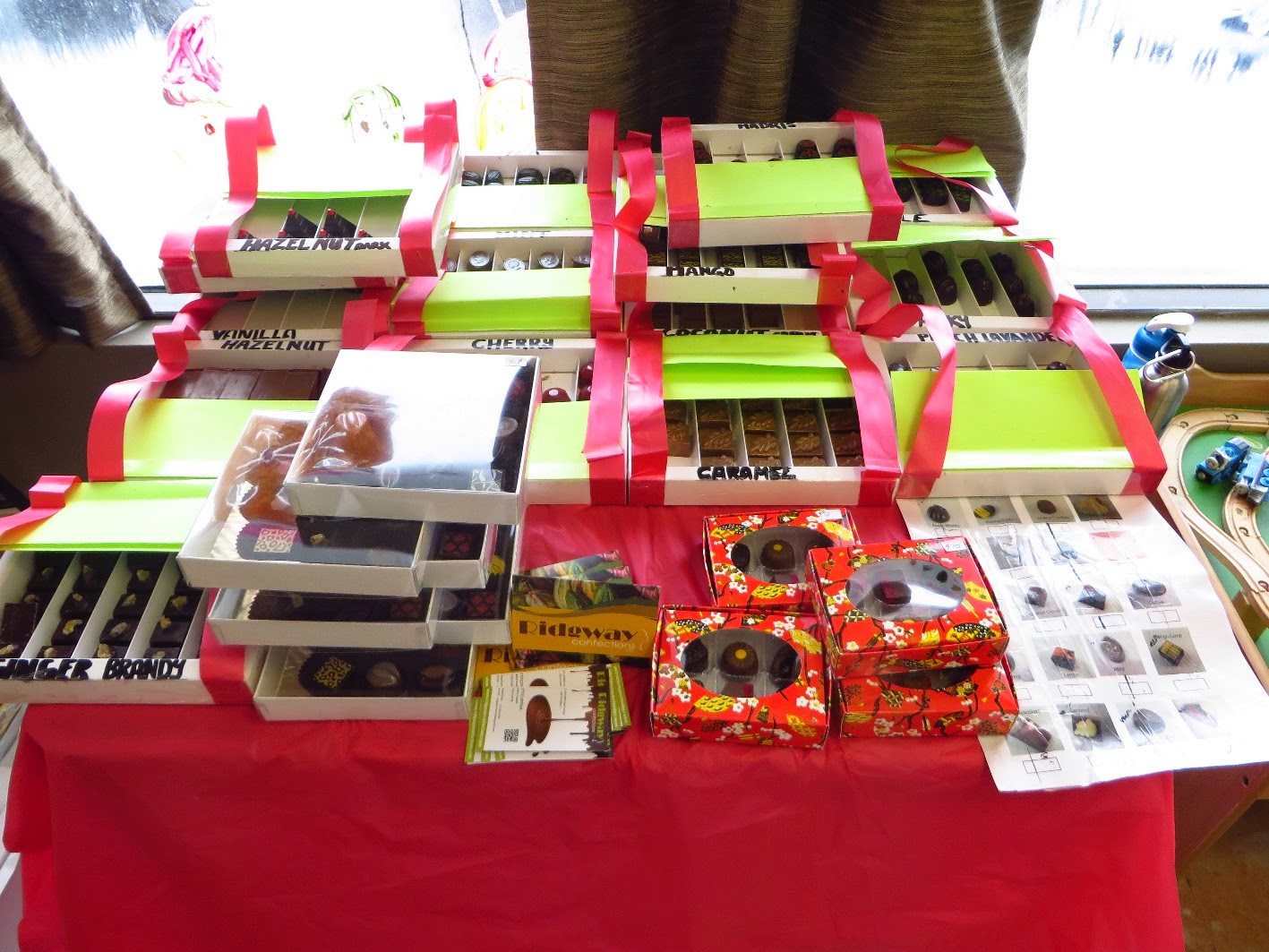 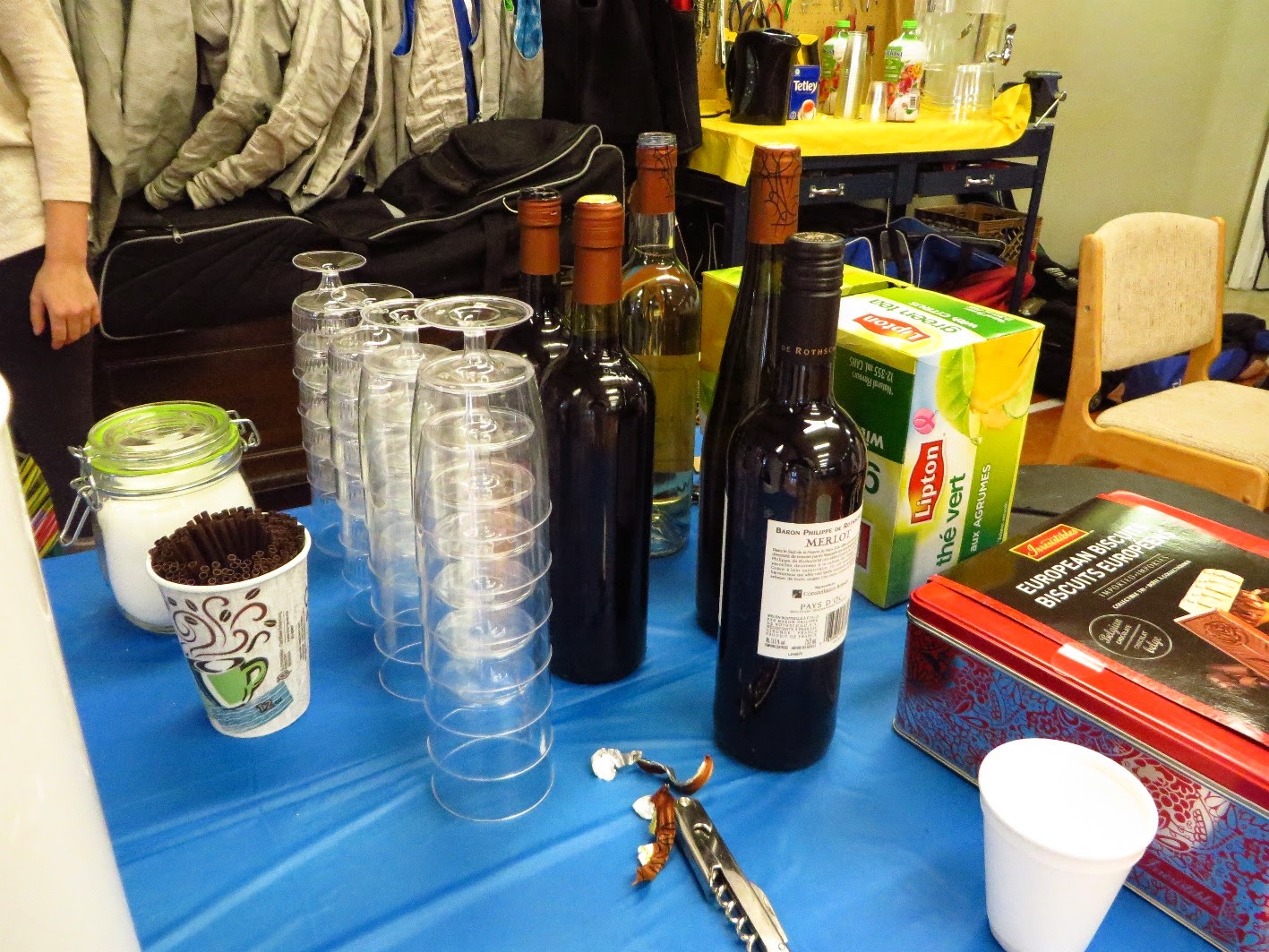 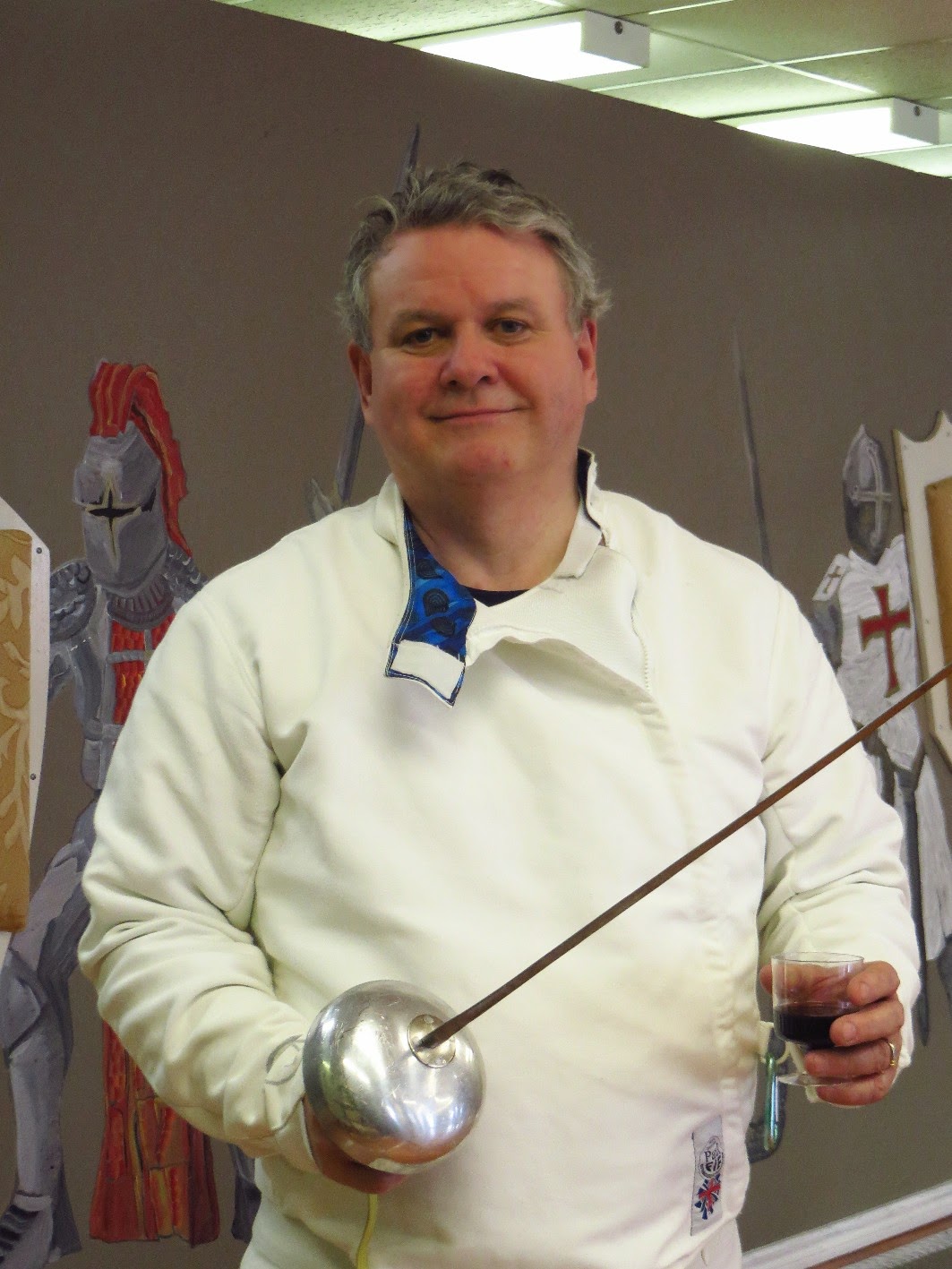 Eli, a foil fencer from my home club, Bladeworks Fencing, destroyed me in my elimination, then was knocked out himself the next round.

The winning point of the tournament. 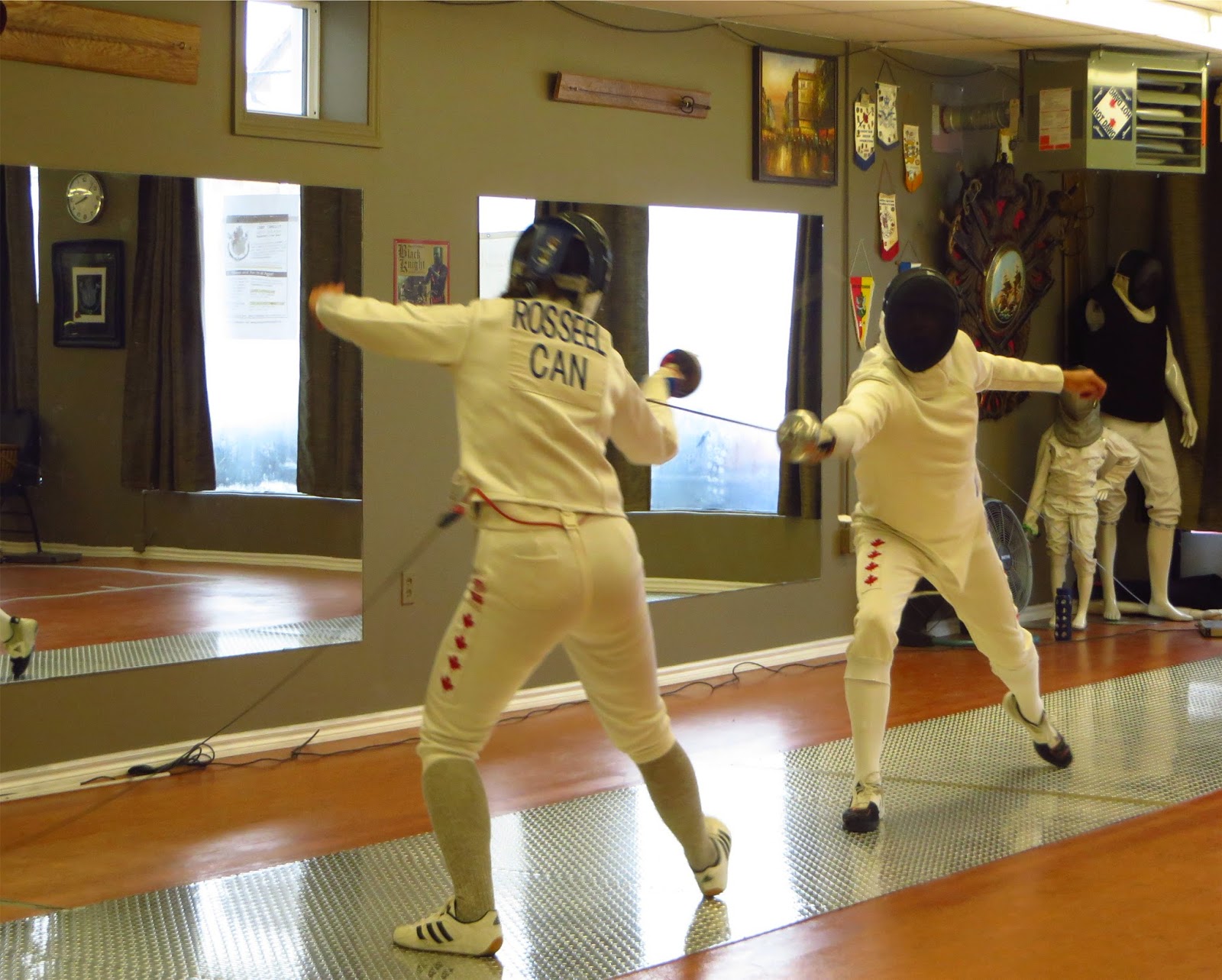 Robert in the red won Gold, Genevieve on the left took Silver with Fritz, and Robert on right left with Bronze medals. I cam in 9th out of 10. I'll take it! 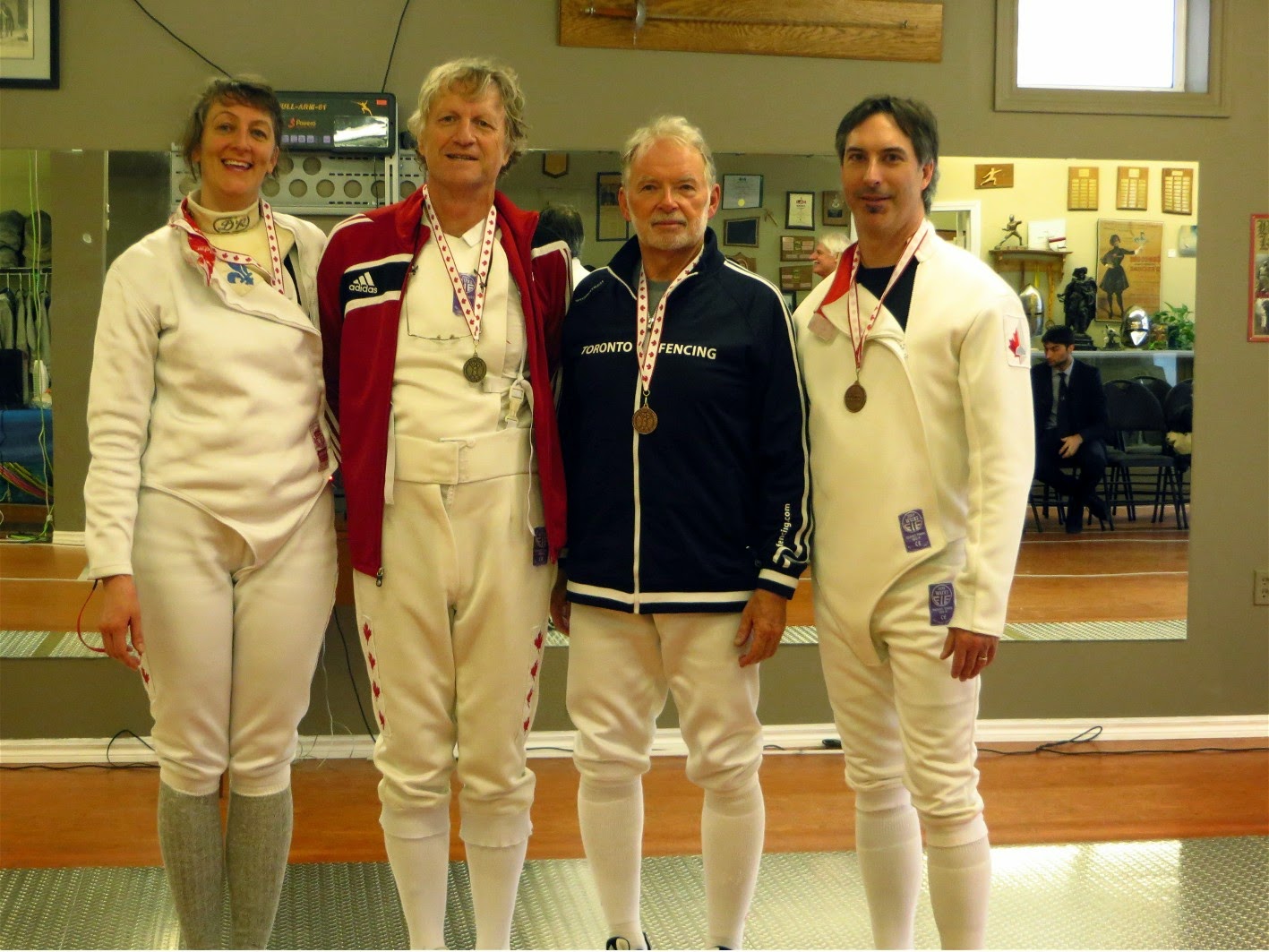 It was a great day. Thanks to Henk and everyone who helped put this together. I'm really looking forward to using a familiar weapon tomorrow when I hit the piste with my sabre in hand!
Posted by Swordsman at 17:00