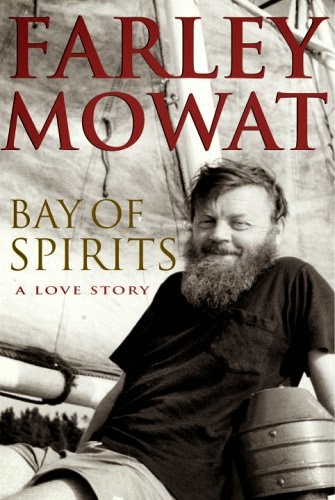 I had never read a book written by celebrated Canadian author and environmentalist Farley Mowat.  When he died this past May at the age of 92, I, like many other Canadians, decided it was time to correct that. Bay of Spirits is now the third book of his that I have now read.

In 1957, Farley Mowat shipped out aboard one of Newfoundland’s famous coastal steamers, tramping from outport to outport along the southwest coast. The indomitable spirit of the people and the bleak beauty of the landscape would lure him back again and again over the years. In the process of falling in love with a people and a place, Mowat also met the woman who would be the great love of his life.

A stunningly beautiful and talented young artist, Claire Wheeler insouciantly climbed aboard Farley’s beloved but jinxed schooner as it lay on the St. Pierre docks, once again in a cradle for repairs, and changed both their lives forever. This is the story of that love affair, of summers spent sailing the Newfoundland coast, and of their decision to start their life together in Burgeo, one of the province’s last remaining outports. It is also an unforgettable portrait of the last of the outport people and a way of life that had survived for centuries but was now passing forever.

There are three, maybe even four, stories running through this book. The first, as the title, Bay of Spirits, A Love Story, indicates, is a love story. Although already married, when he meets Claire for the first time in St. Pierre, it seems to be love at first sight. The book is about their first few years together. I like how sometimes Mowat will use passages from Claire's journal so we get to also see her point of view.

The second is a story about adventure. Farley and Claire spent much of their time sailing and exploring the coves, inlets and harbours of Newfoundland. Severe storms could rise up in a minute and sometimes I wondered at how Mowat managed to survive many of them. Luck was surely on his side in many cases.

The third story that comes up a few times is man's senseless cruelty to creatures. Although much has been written about Farley Mowat trying to save a whale trapped in a pond while locals continually shot at it, there are other instances in the book about the same kind of useless slaughter. No wonder Mowat became such and activist.

The final story is about the loss of the way of life for Newfoundland's fisherman and those living in small harbours around the coast. The book takes place in the sixties and even then, everyone knew that the Grand Banks were being overfished. That and Premier Joey Smallwood's policy of resettling outport residents to larger communities made it harder and harder for those that refused to give up their way of life to remain.

Bay of Spirits is an excellent book, one which I highly recommend and is not the last of Farley Mowat's book that I will read. 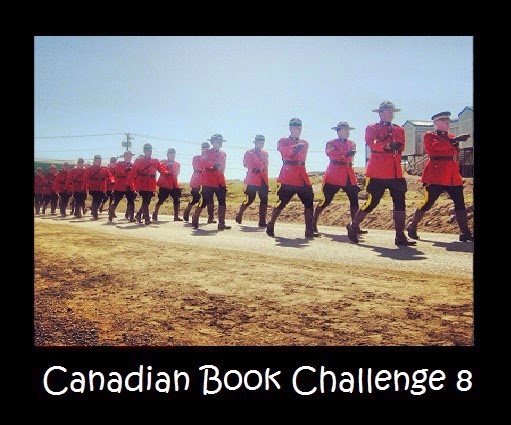