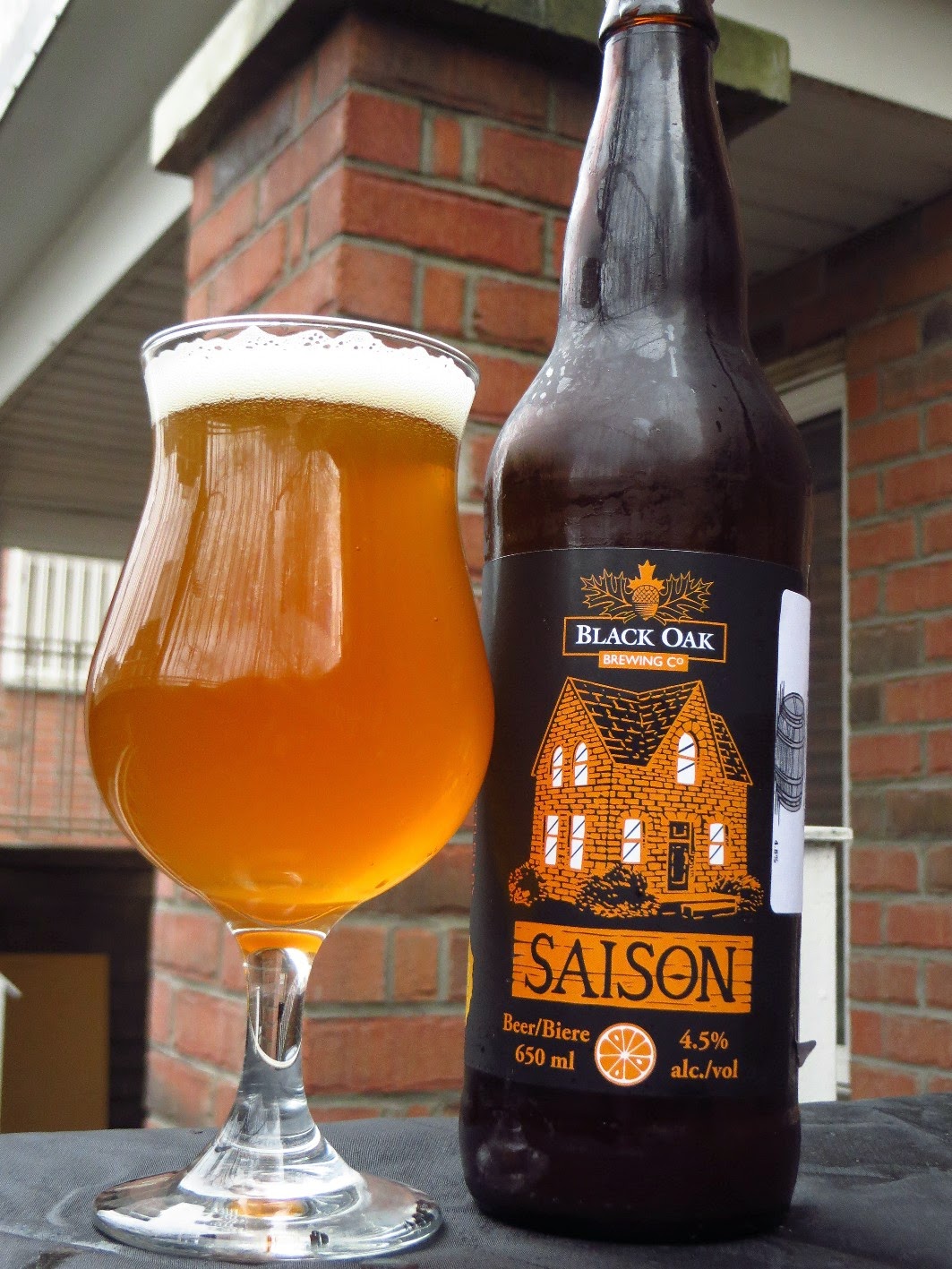 Black Oak Brewing makes my favorite saison, which they put out each summer seasonal offering.

In 2013 at the Ontario Brewing Awards, their saison took Bronze in the Belgian Wheat Ale Category. At one time it was only available at the brewery so I would pick up a box at a time whenever I was there.  But now, happily, it is also available at the LCBO. It's a regular in my fridge during the summer.

Teena stopped into the brewery this week to pick up me up a dozen fresh Pale Ale and a few bottles of Nutcracker Porter and was told that they now had a saison which they aged in Pinot Noir wine barrels along with some gooseberries. Knowing how much I love their saison, she picked up three 650 ml of these bottles for me.

What a great wife!

The beer pours a golden colour with an orange tint to it. As it is unfiltered, it is cloudy in the glass. Usually I have trouble in detecting fragrances in a beers aroma but not here. The pinot is quite prominent and I can sense a bit of spice. Lacings are left behind with each sip.

I love the flavour! This is not a bitter beer but one that is a little on the sour side. The pinot really shines in this and I think of that sourness must come from the gooseberries, which there are notes of in this. I really don't know what a gooseberry tastes like but there is a berry flavour in this so that must be what it is.

Black Oak still makes my favorite saison, only now it is their barrel aged. I really hope they make this again. Hopefully they still will have some left in the fridge tomorrow as that is the first chance I'll have to get to the brewery.

Note: Teena was there today and picked up more for me. She was told that they have enough in stock to last through December. Good news! 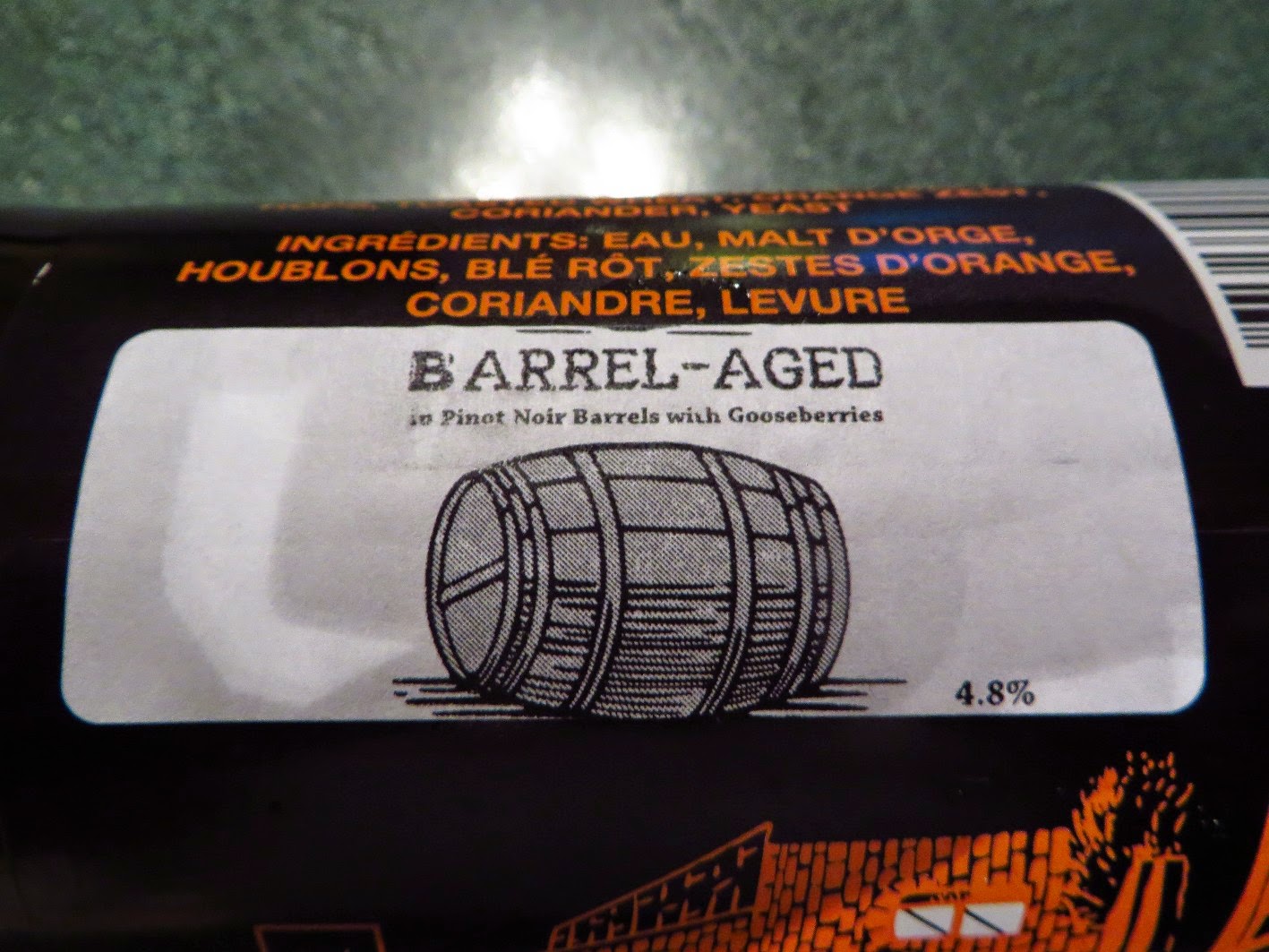