Fencing at the Toronto Open 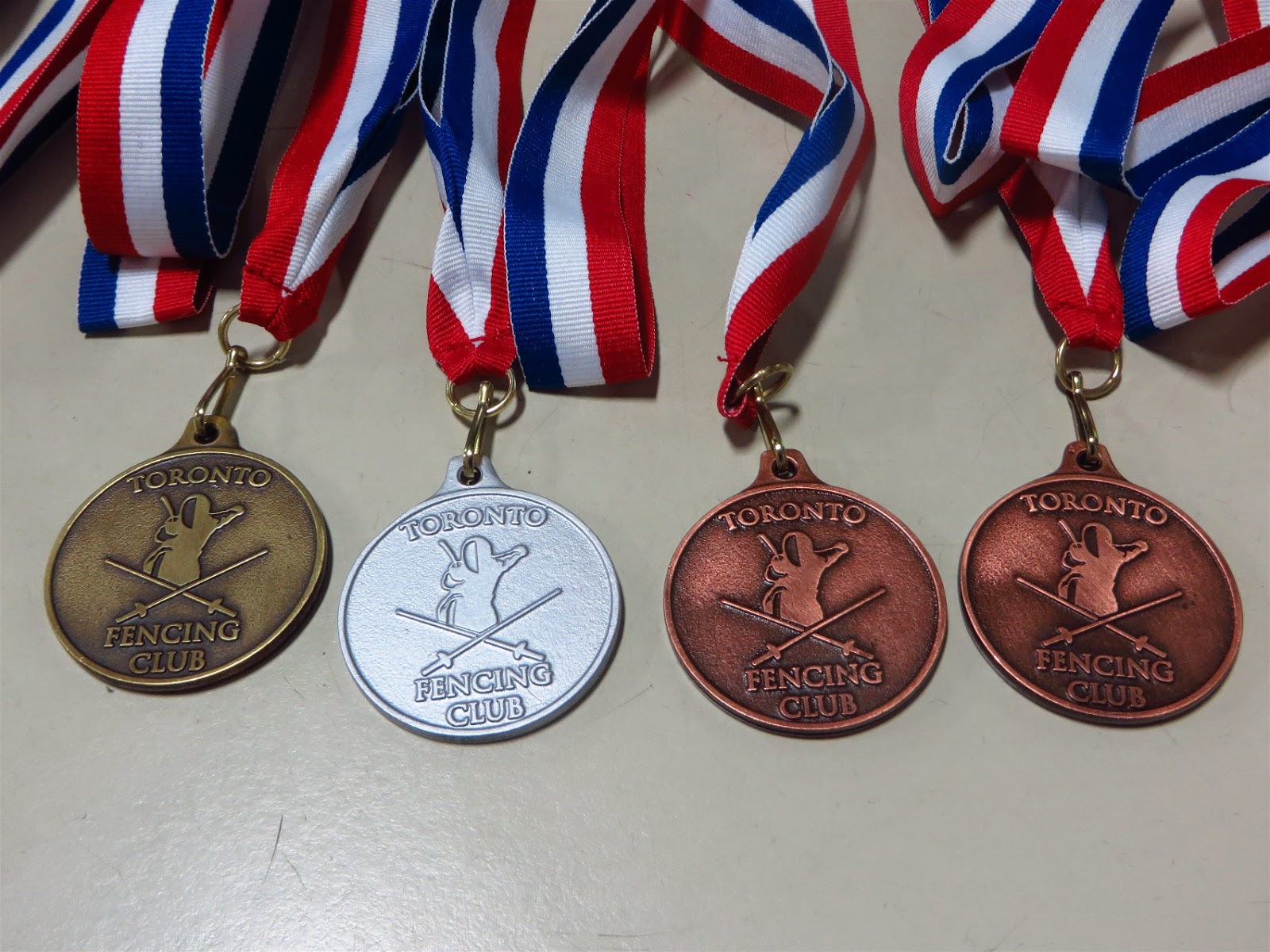 Today I fenced in my first tournament in two years. I have been dealing with a bad knee and a really badly sprained ankle during that time. I started back with limited practices in August and today fenced in the Senior (open age group) division against mostly university fencers.

The Salle (fencing club) is not a bad size but had many divisions fencing so is was a little crowded, especially for everyone's fencing bags. Mine is in there somewhere. 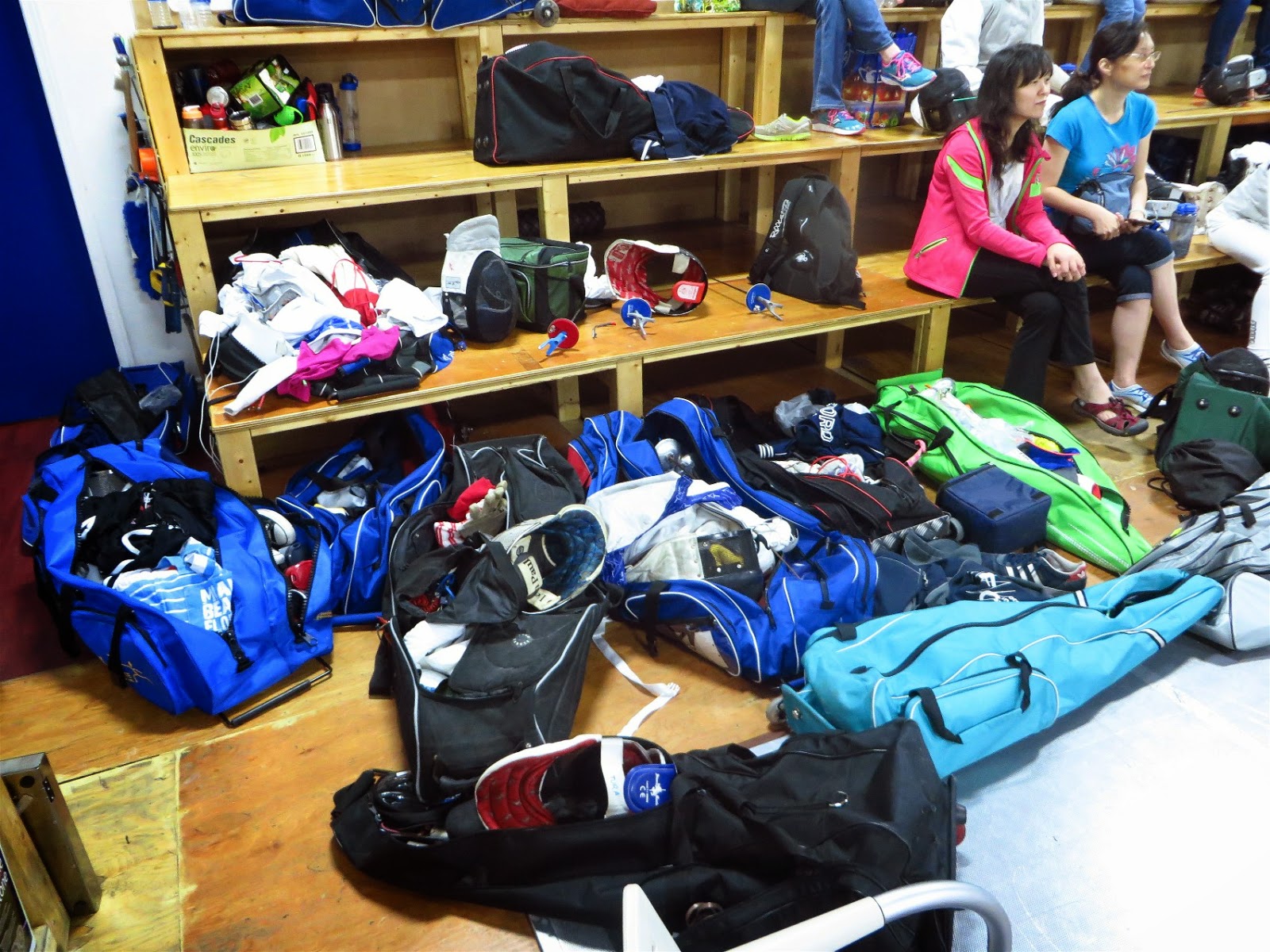 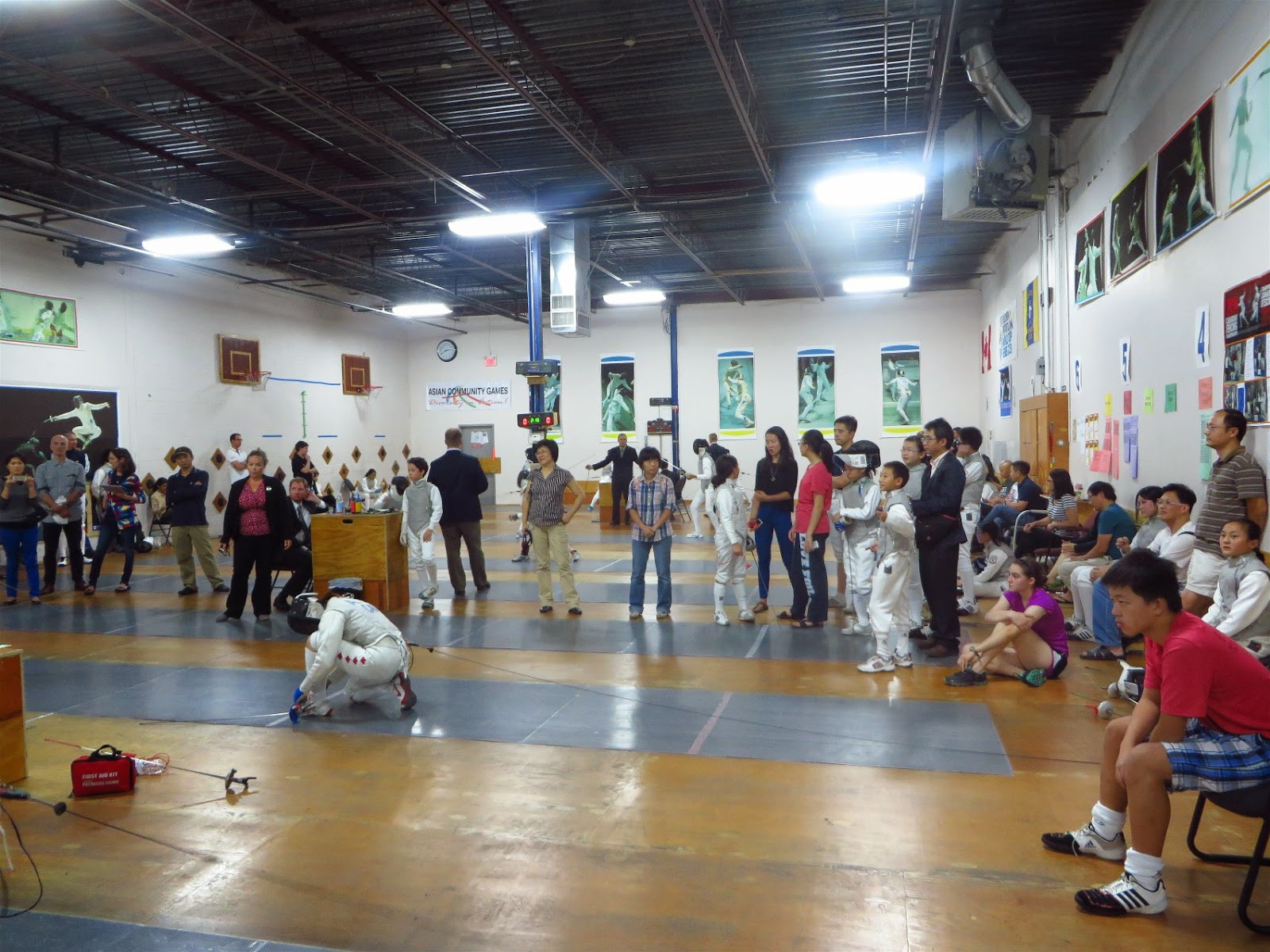 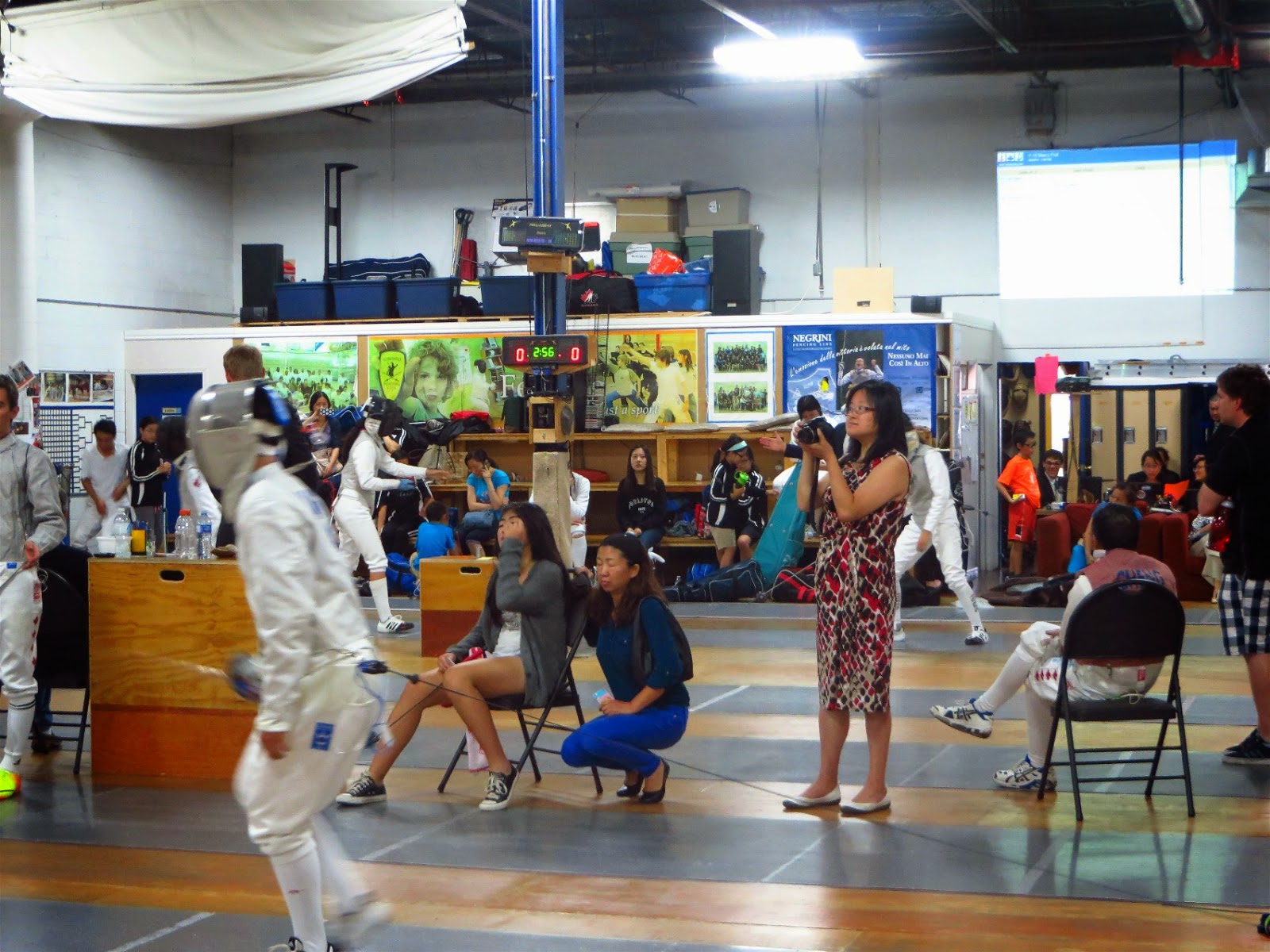 Here I am, despite the tight fitting jackets, ready to go! 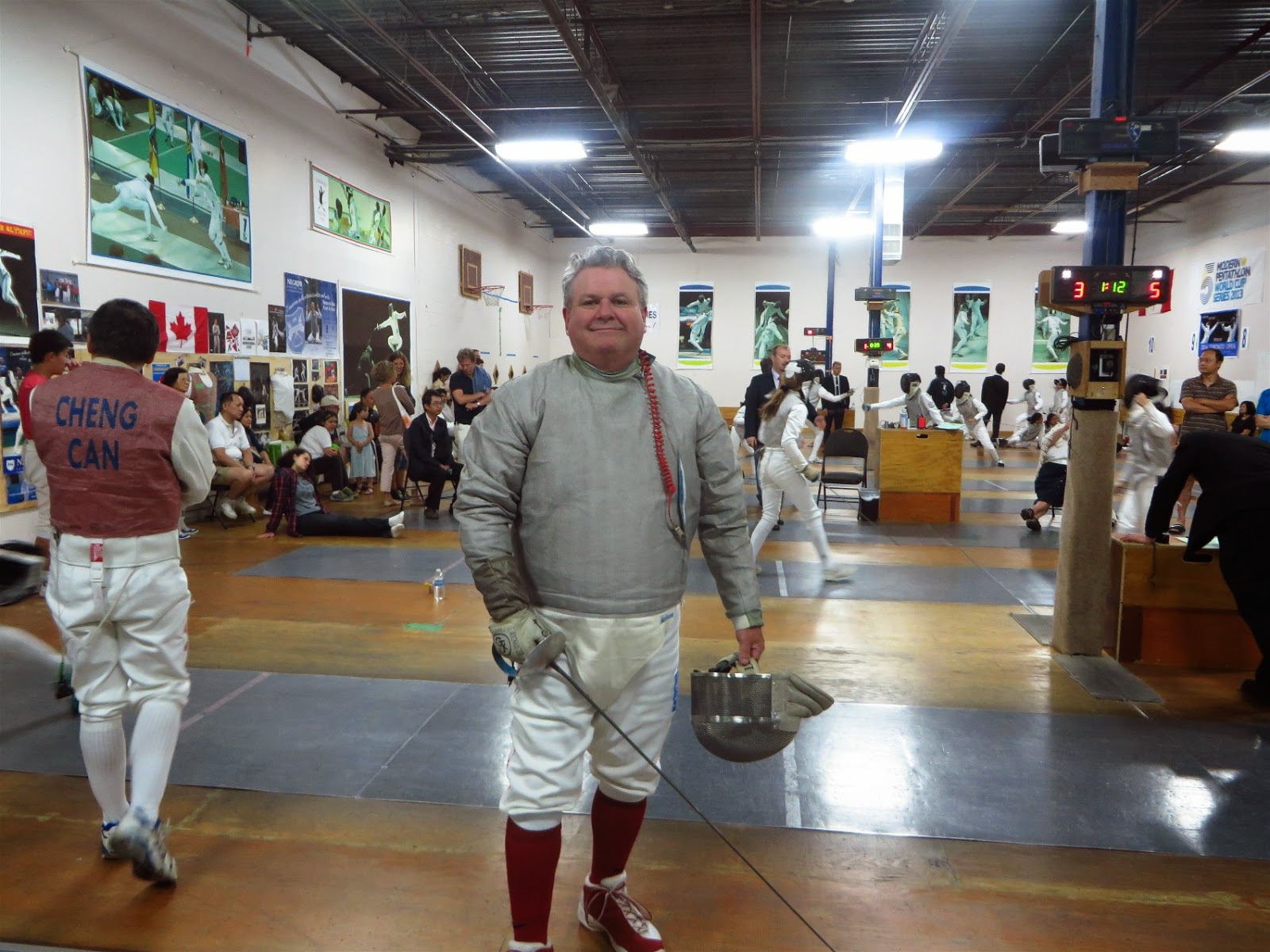 I really didn't do bad considering the long layoff and being out of shape. There were only ten fencers entered, a small tournament but with a lot of fast talented university fencers. I only won 2 out of my 9 matches but was never shut out, scoring 24 points in the pool with 38 scored against me. There is lots of rust in my game.

In the DEs (direct elimination), I won my first match and came up against an excellent fencer, William, who before I went on injury leave shut me out in the last two matches we fenced. My fencing in the first half of the match, which goes to 15, was sloppy to the extreme as I did about everything wrong, that I could do wrong, and found myself being shutout 8 - 0 at the break.

I took the minute to remind myself to be aware of the position of my blade during my attacks, my arm tends to drift into the middle of my body giving my opponent an excellent target, not to rush my attacks, which I was doing and he took advantage of , and to watch my distance to keep out the the reach of his blade.

He scored the first point after the break but then I scored two, which I put up to him being way too overconfident. I could see him bear down.but I worked my strategy quite well and am quite proud of how I fenced in the second half. I lost 15 -6, but he only out scored me 7 -6 after the break. I even scored 2 points in a row before losing that final 15th point.

Time to haul out the ice packs and deal with aches and pains as tomorrow its the Vets sabre tournament where I get to fence against kids my own age! 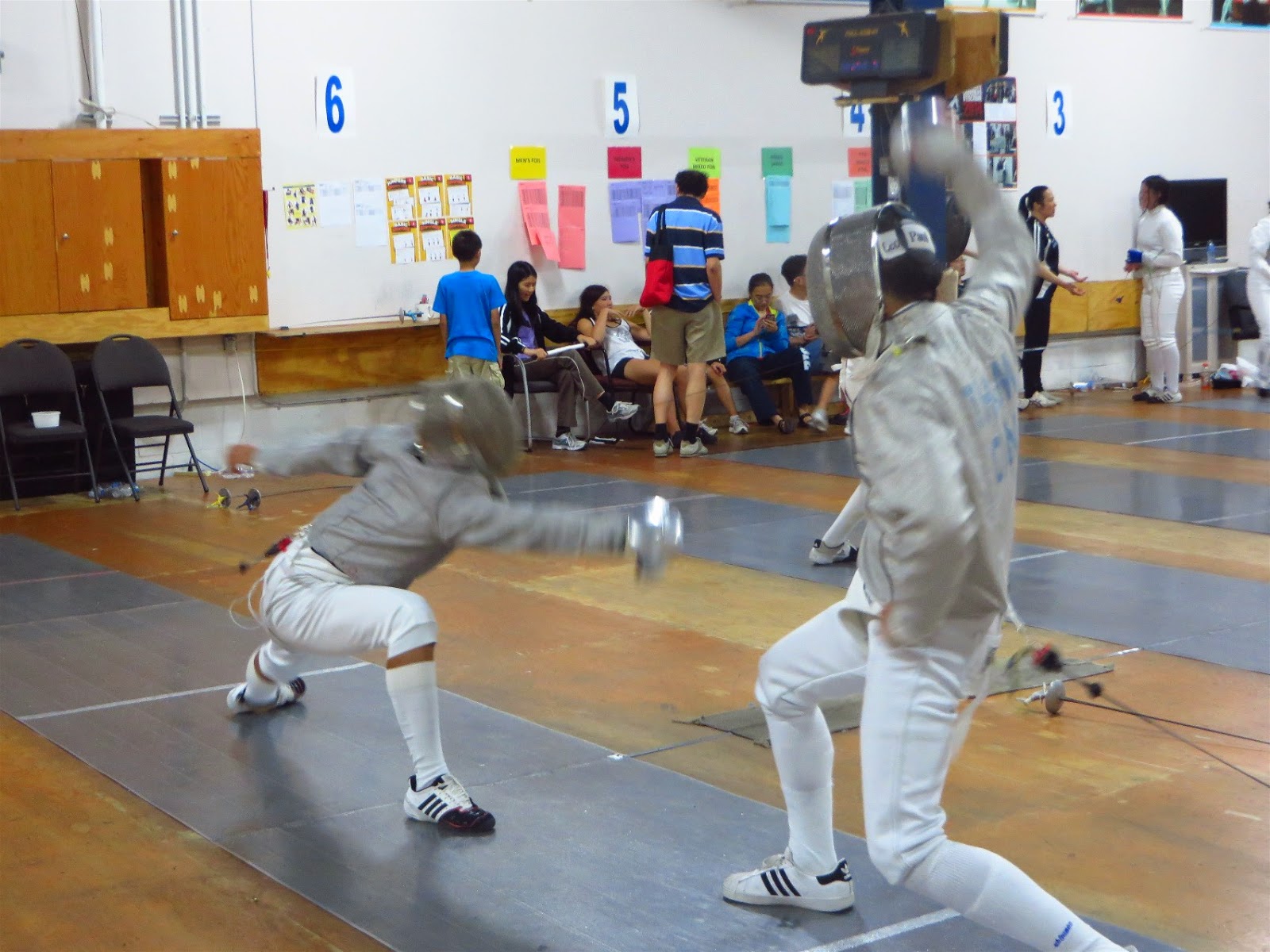