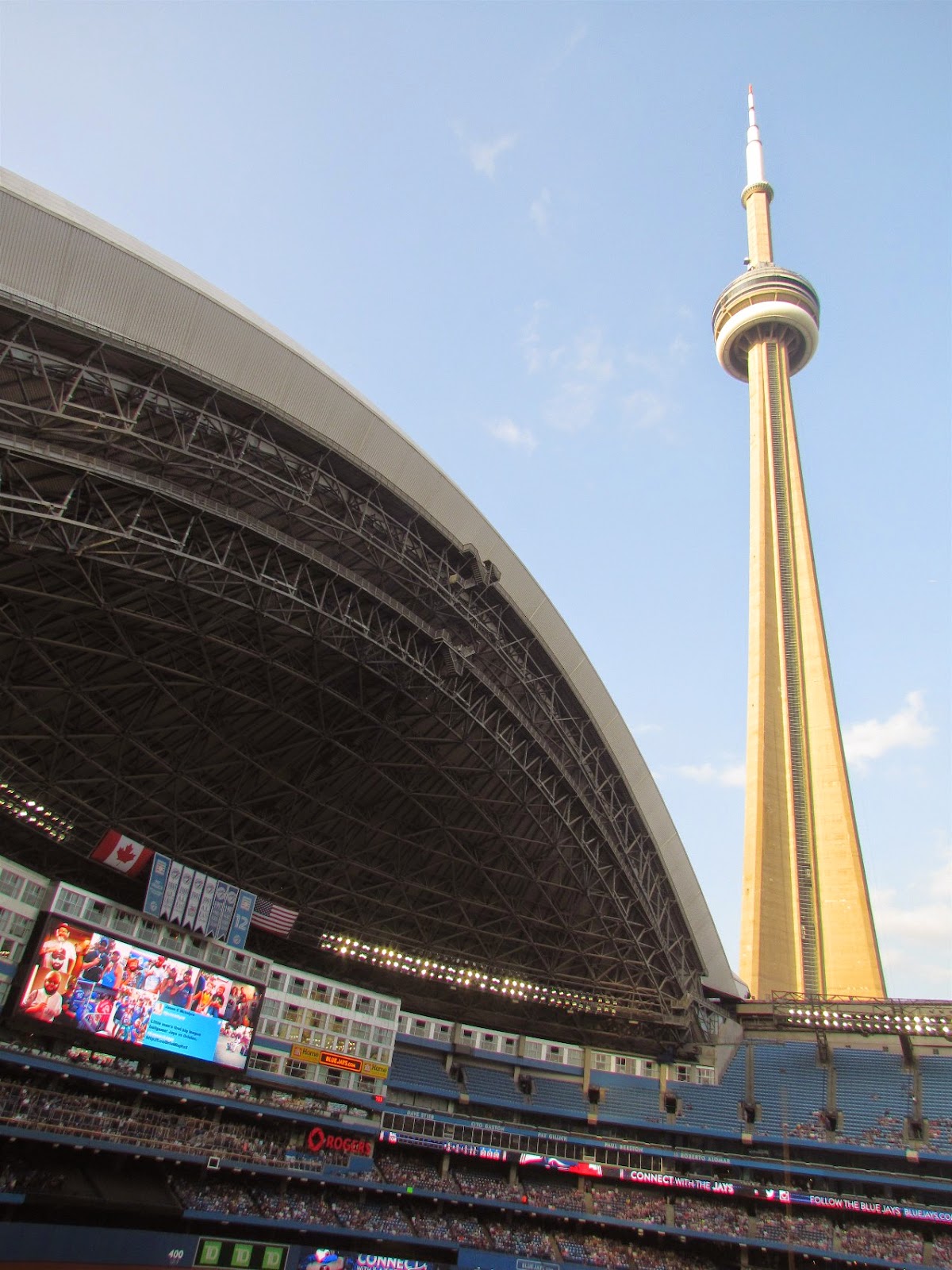 Tonight Teena and I were at the Rogers Centre to see the second place Toronto Blue Jays take on the first place Baltimore Orioles. We were four games behind them in the standings and need at least two wins, hopefully three to draw ourselves closer to them.

Tonight that would not be so. The Jays starting pitcher Mark Buehrle was off his game and was pulled after four innings. The other pitchers did not do much better, but weren't helped by sloppy fielding either. The Jays could get men on, but not score them.

Kawasaki and Bautista stretch before the game. I can do these but mine are as stretched as these ones. 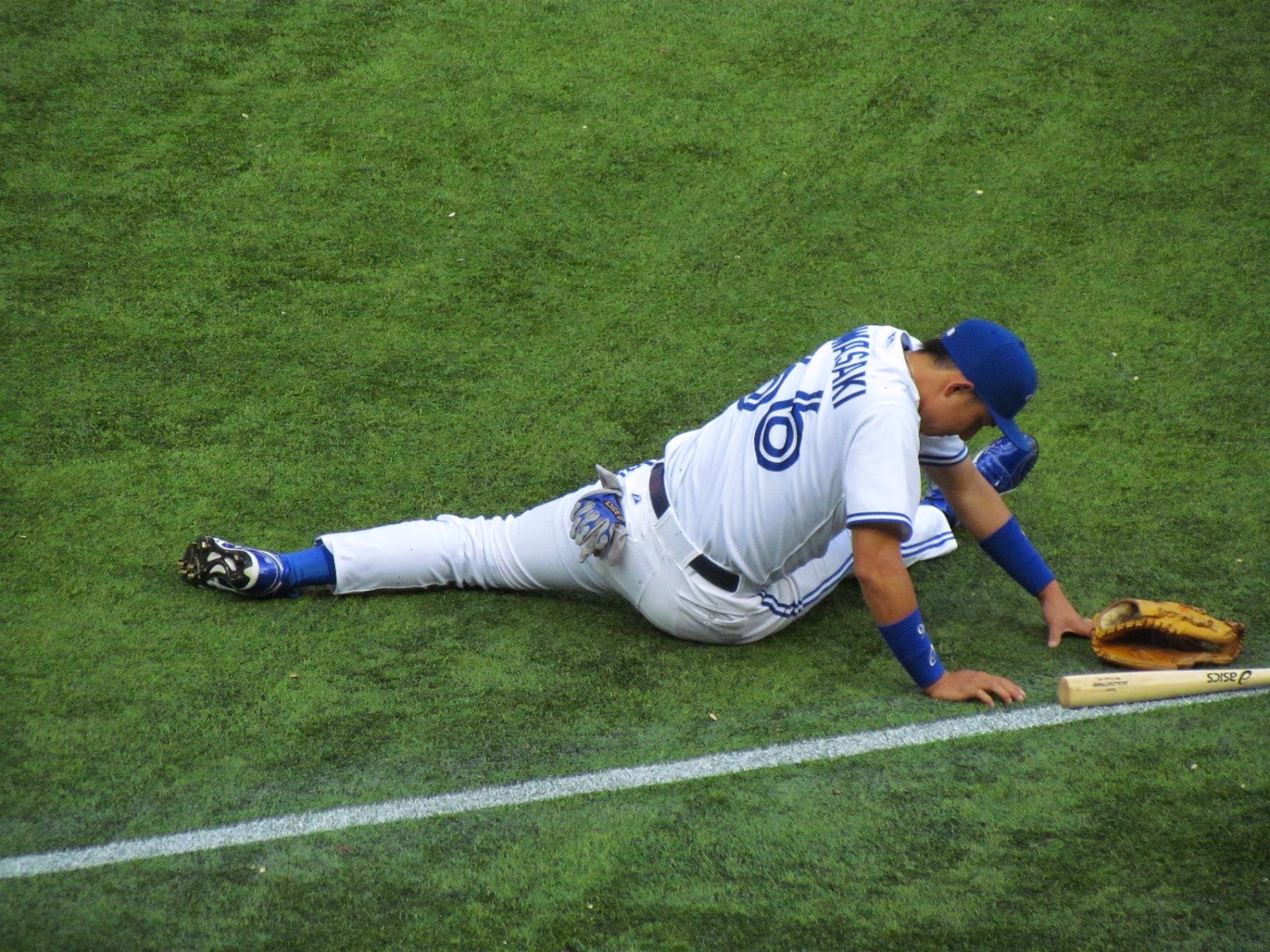 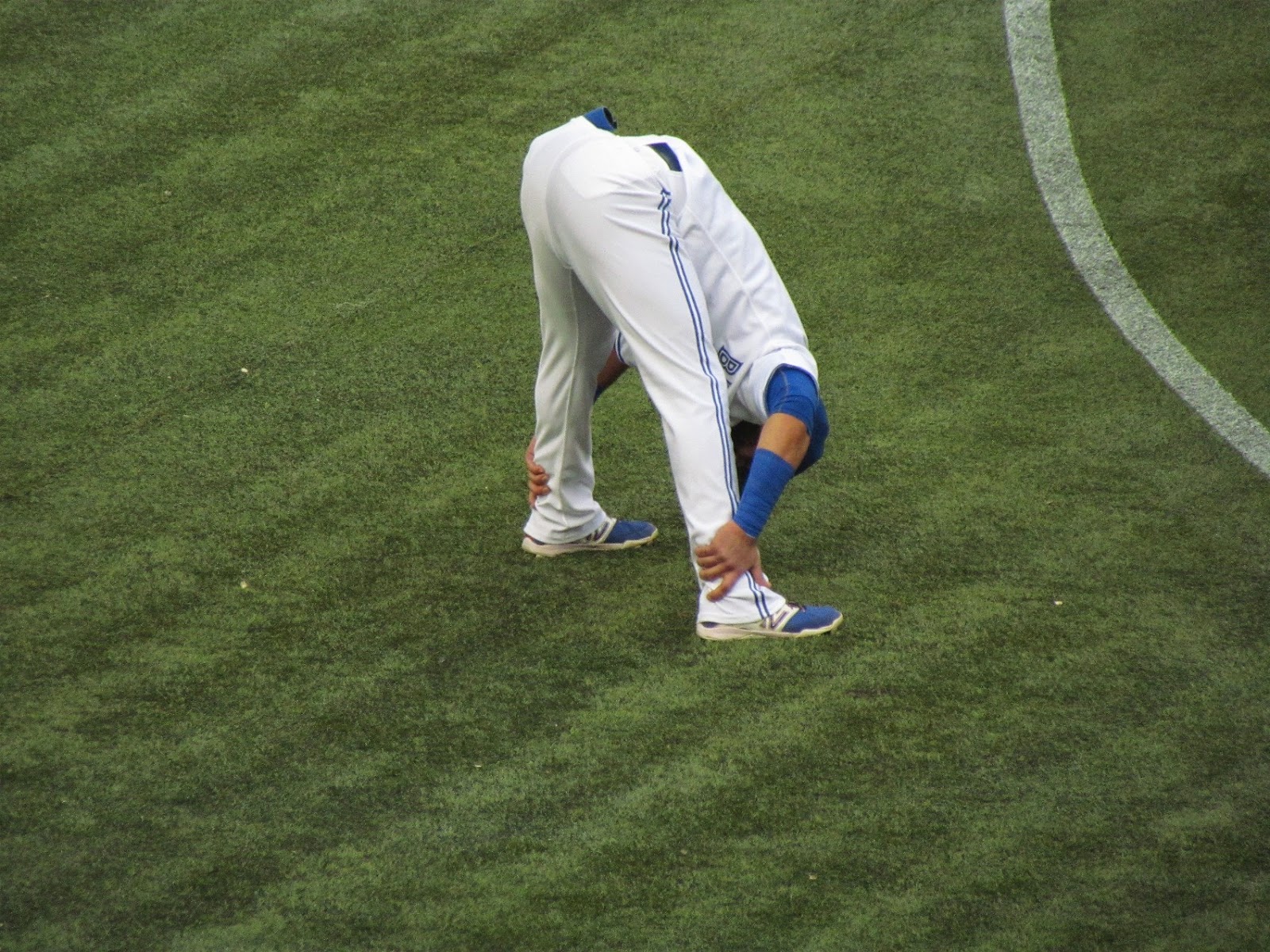 The exchanging of the scorecards at home plate 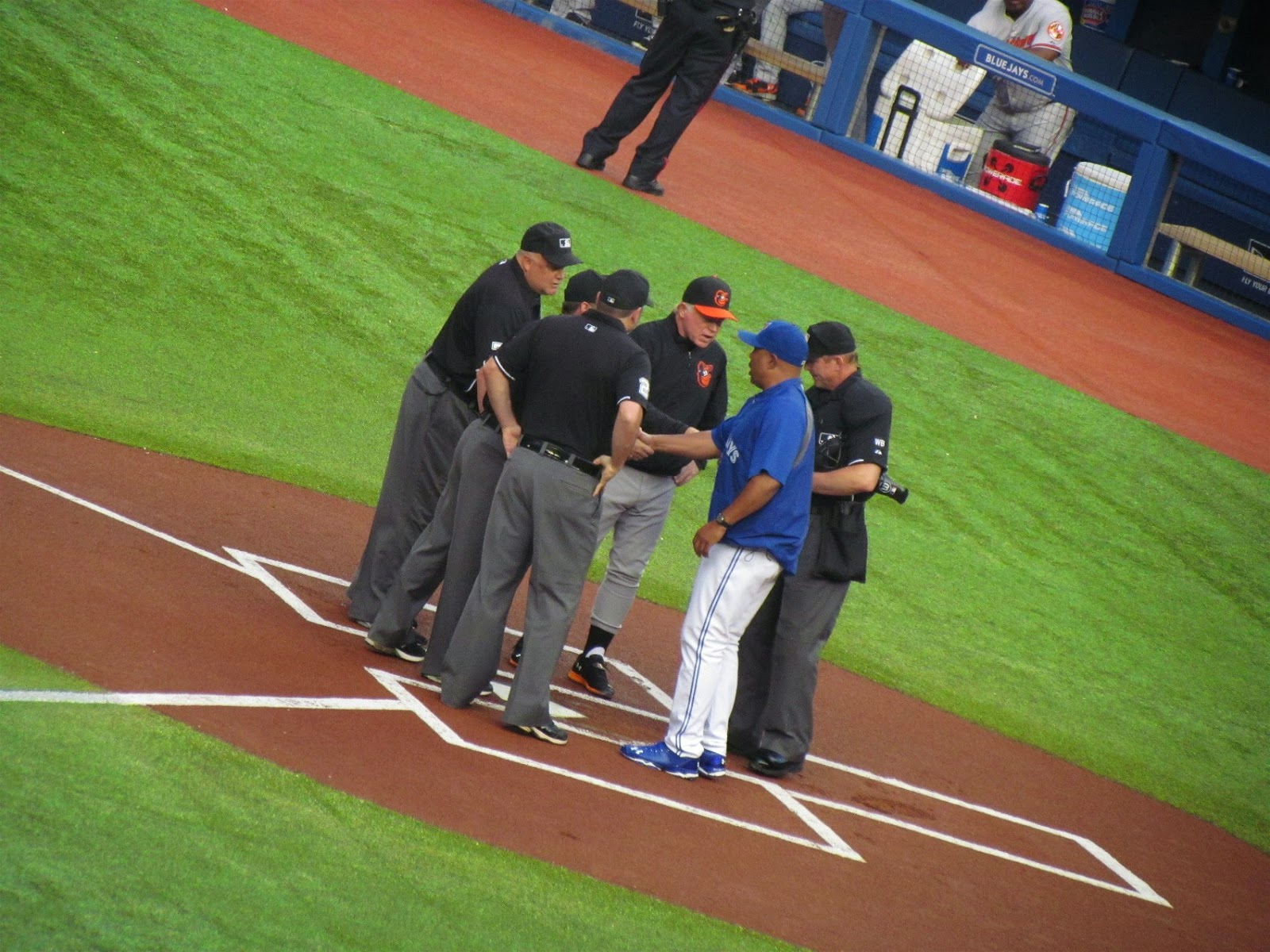 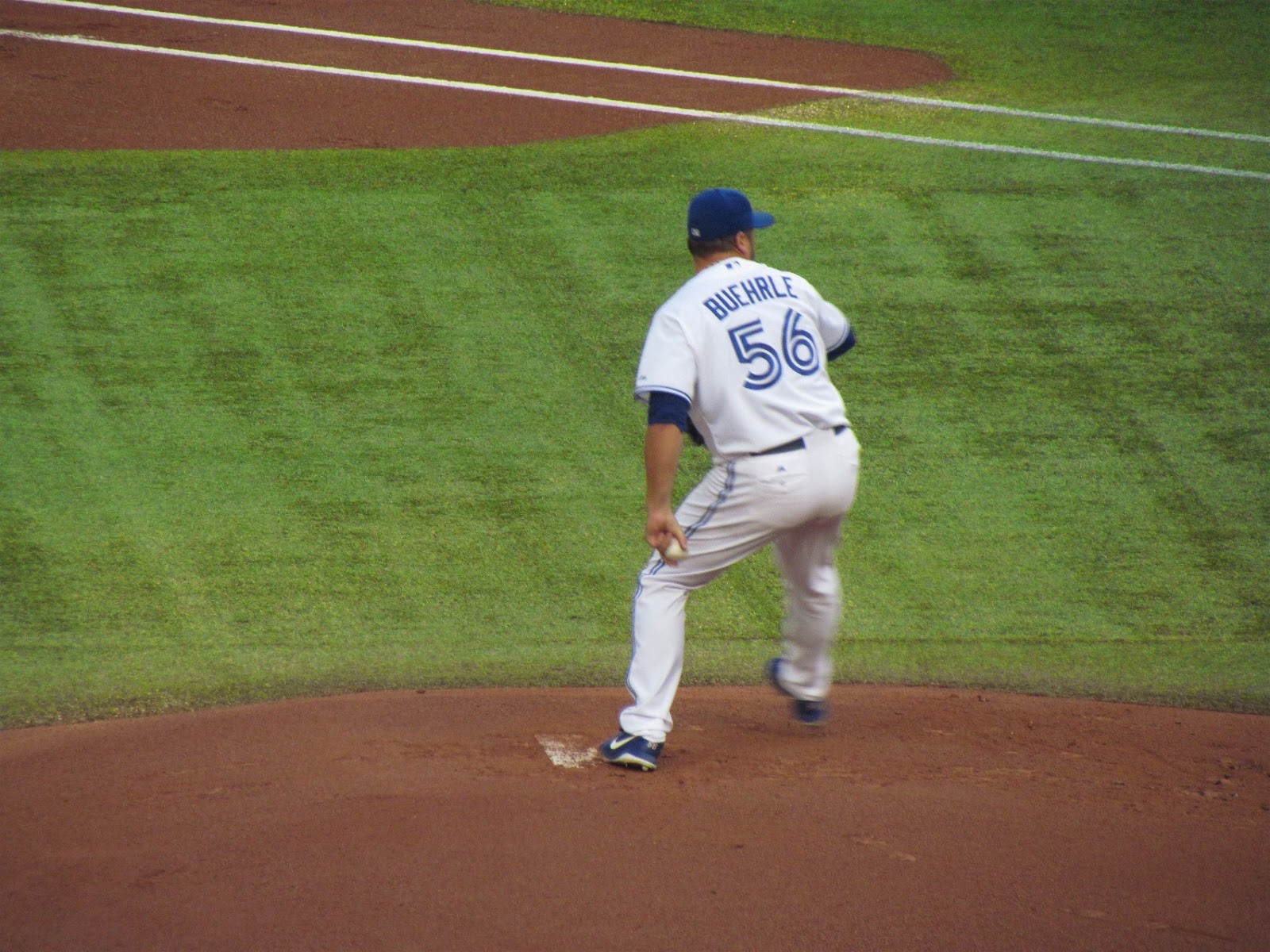 The dome was open and we had good seats two rows up in the 200 level. 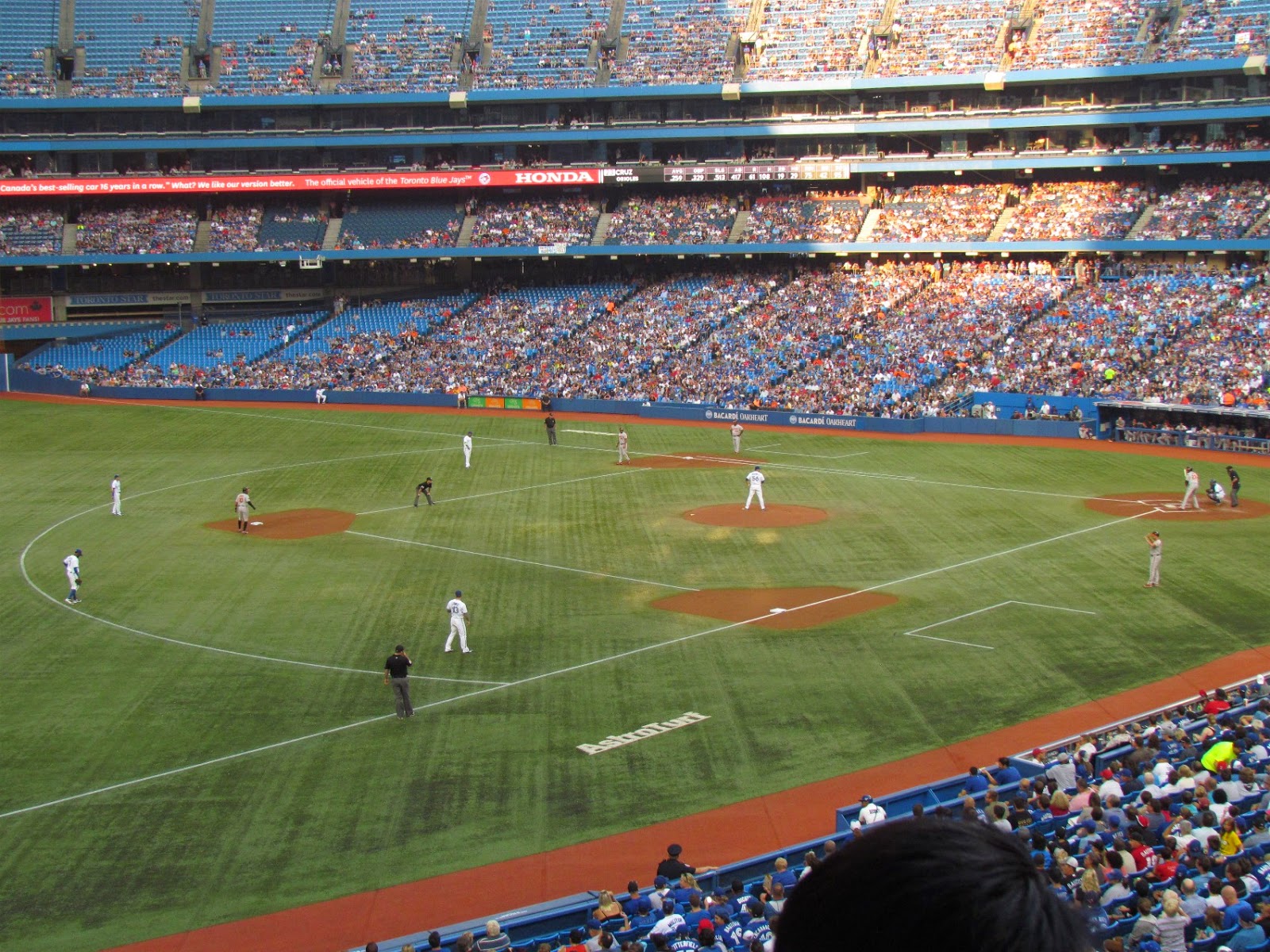 The tunes that play when the Jays come up to bat. 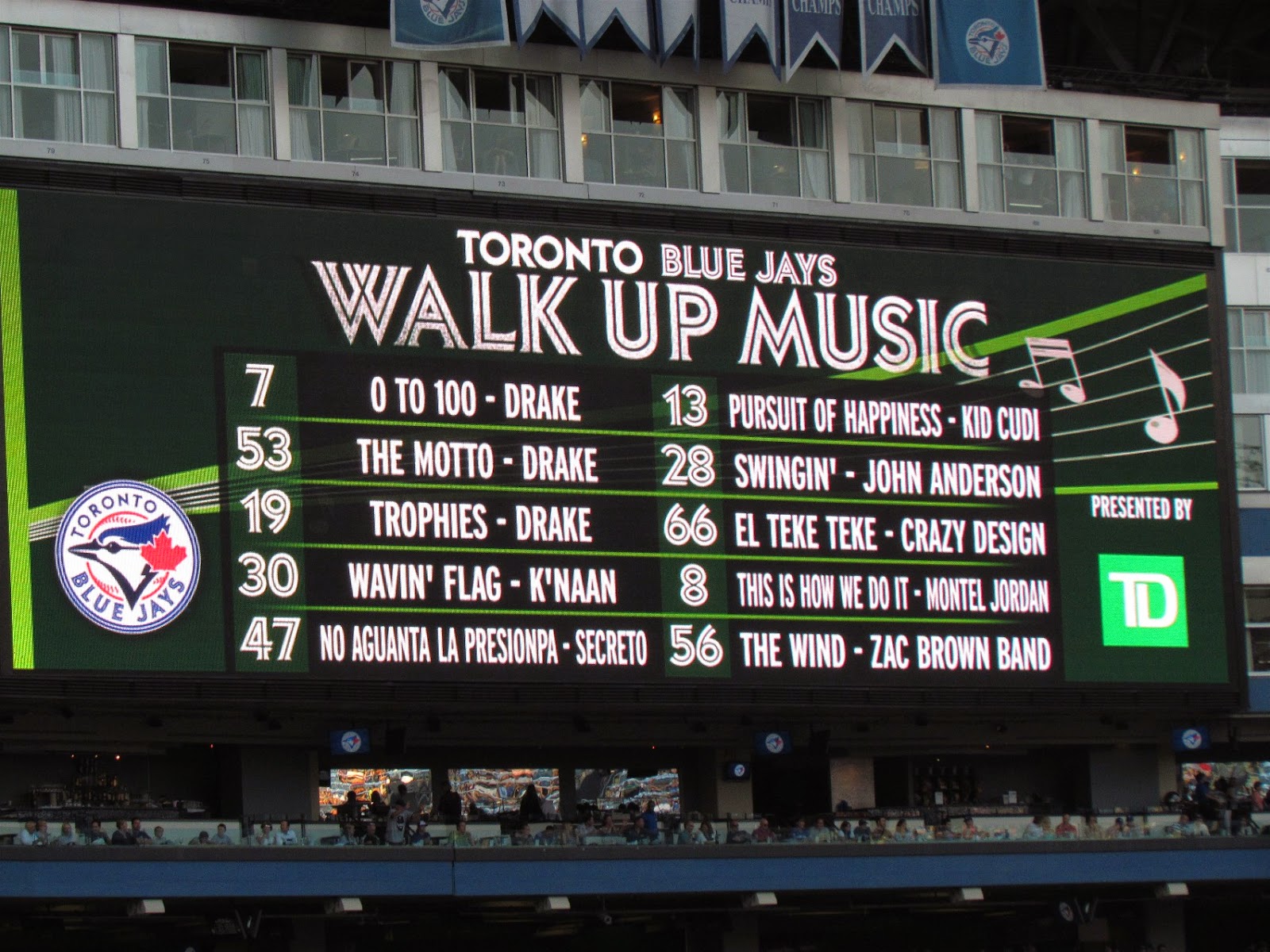 Swing and a miss by Reyes. Jays catcher Navarro pops one up. 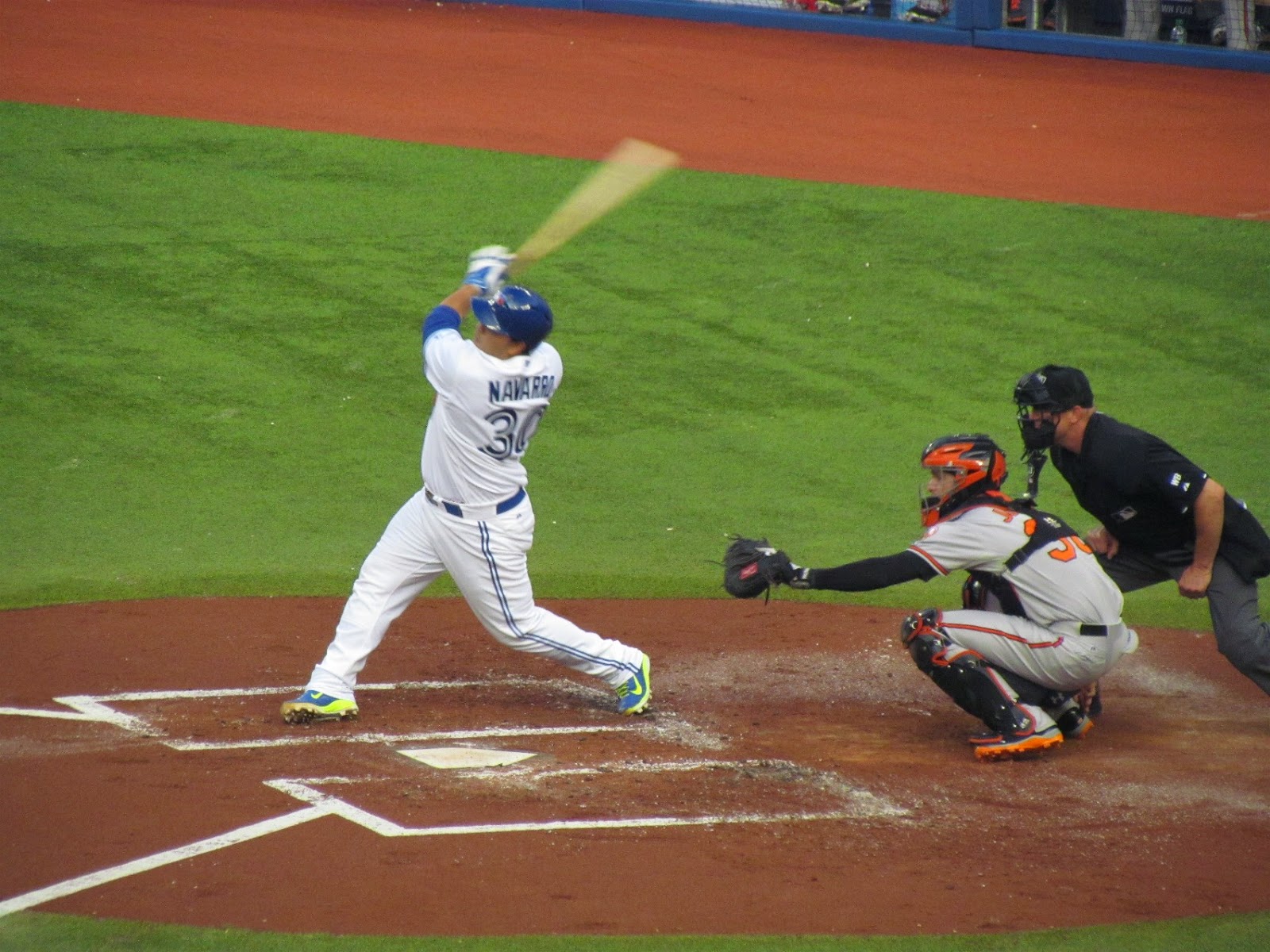 Look what's going on up on top of the CN Tower! 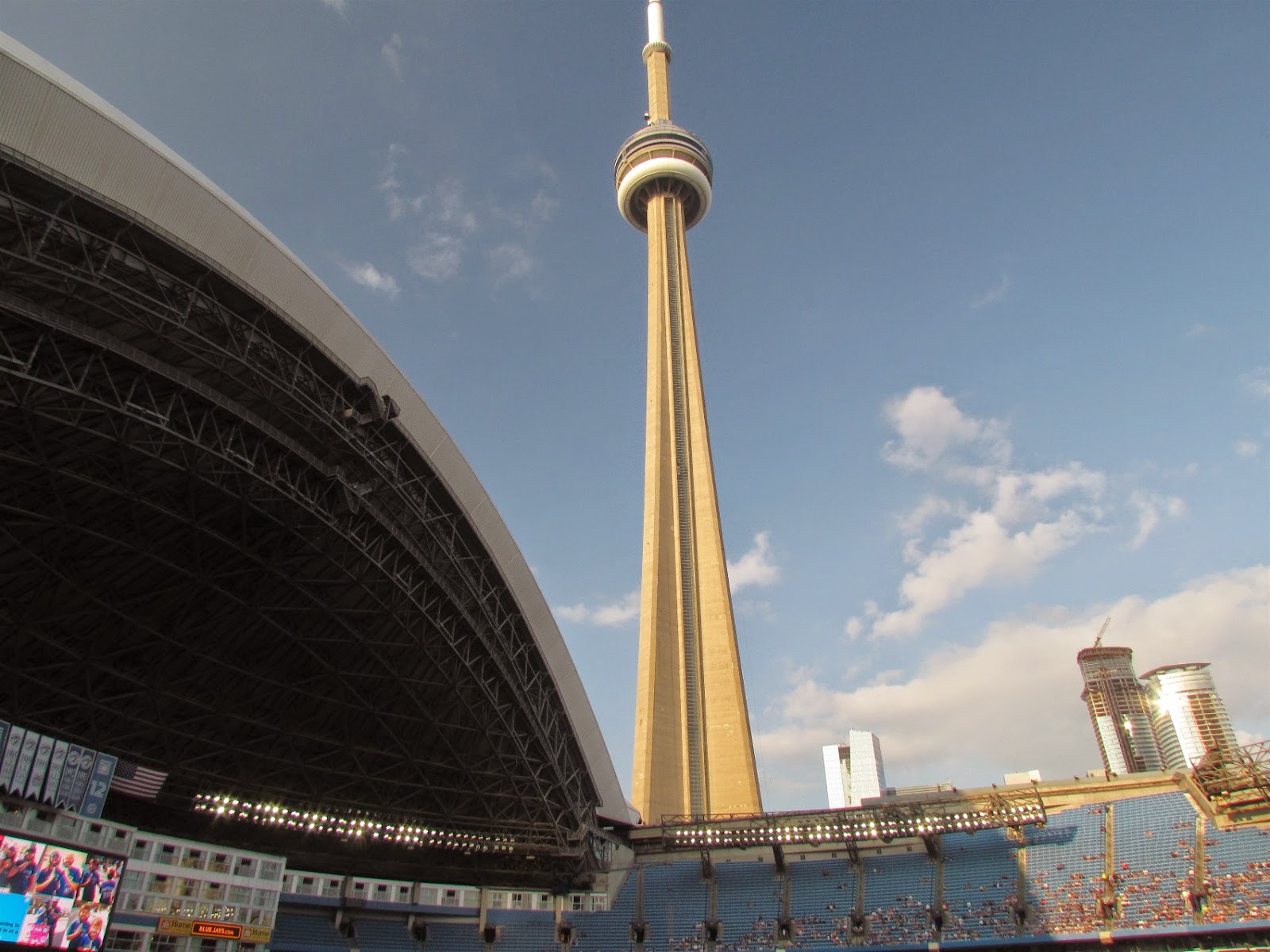 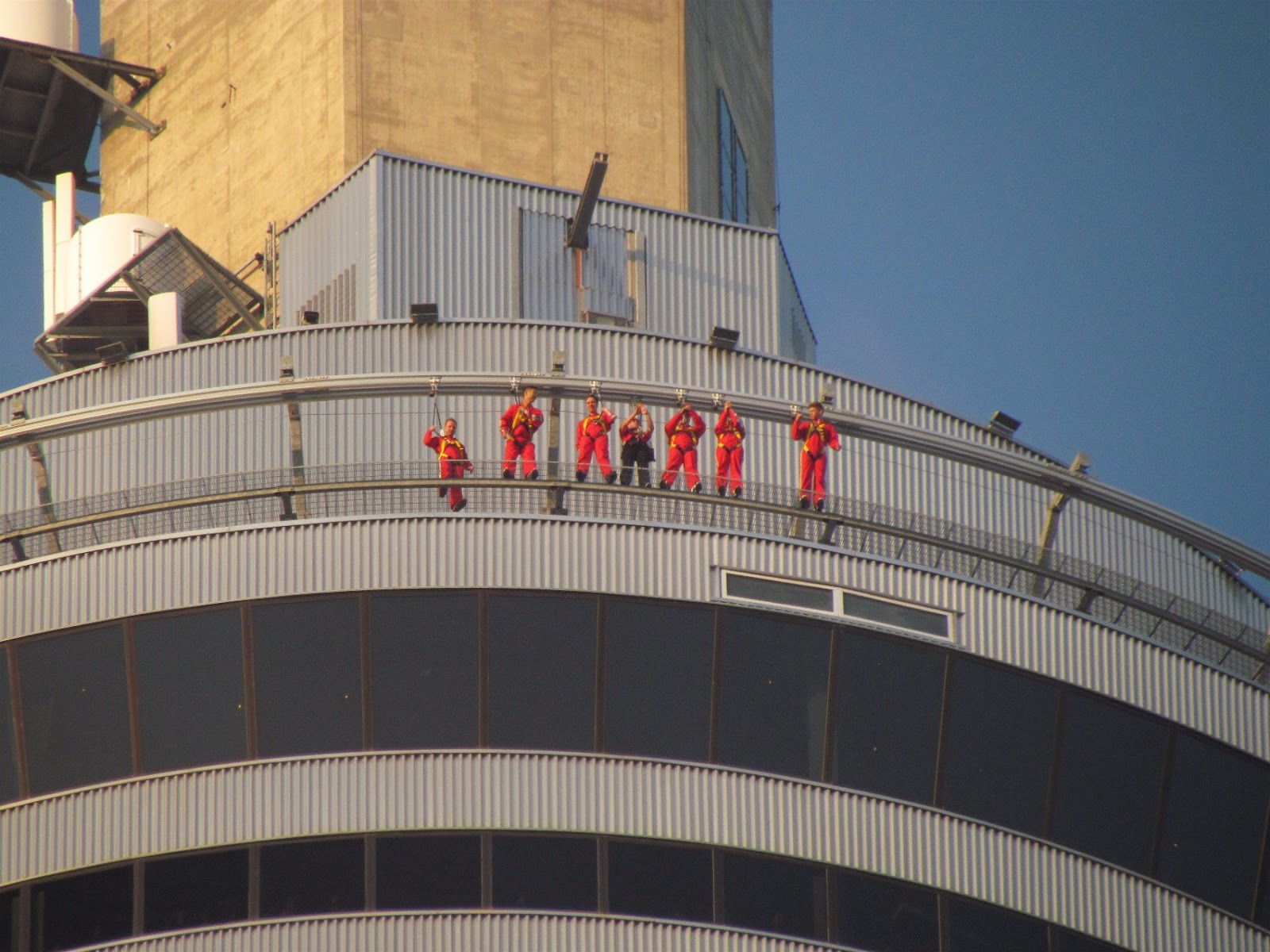 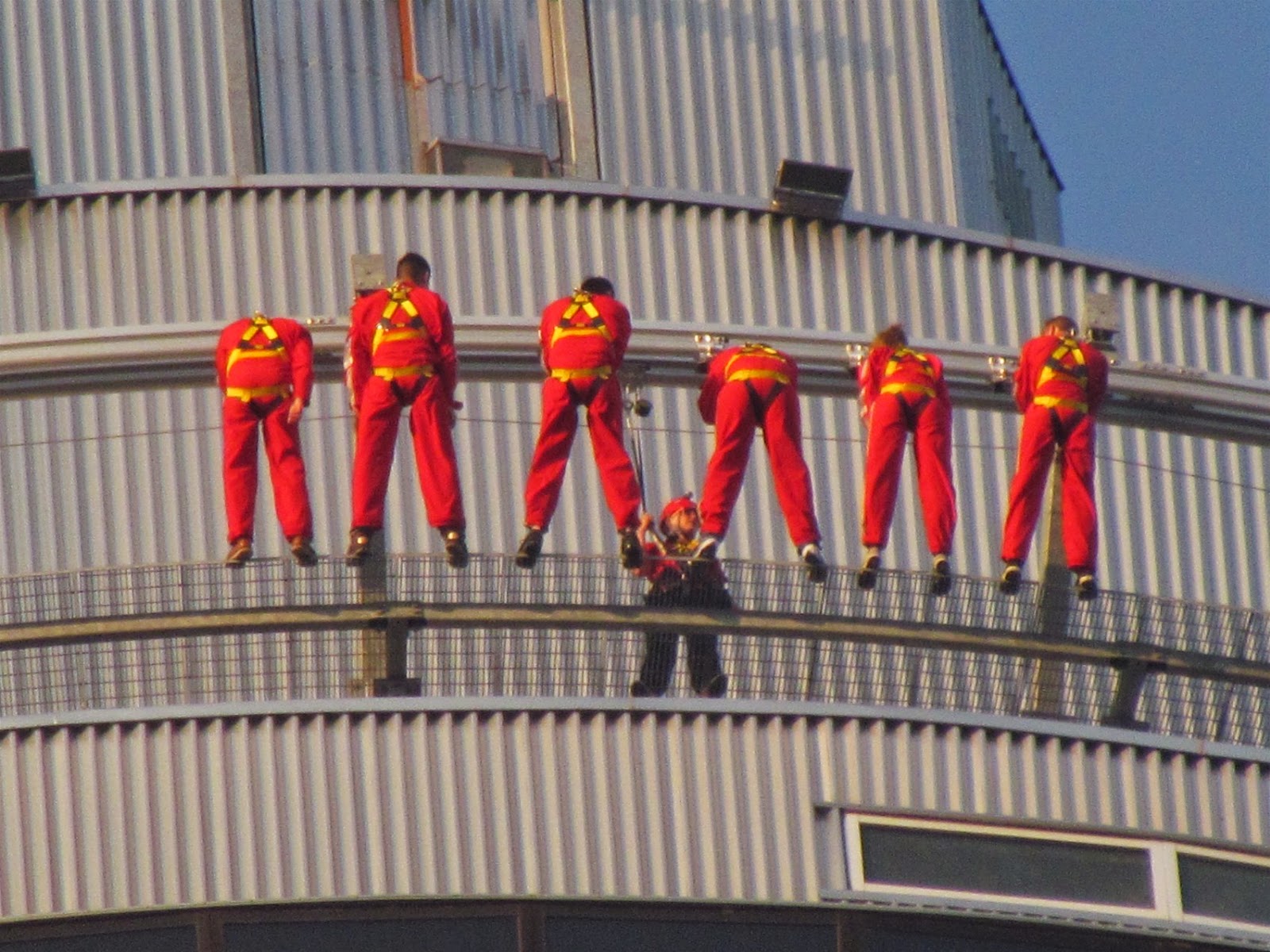 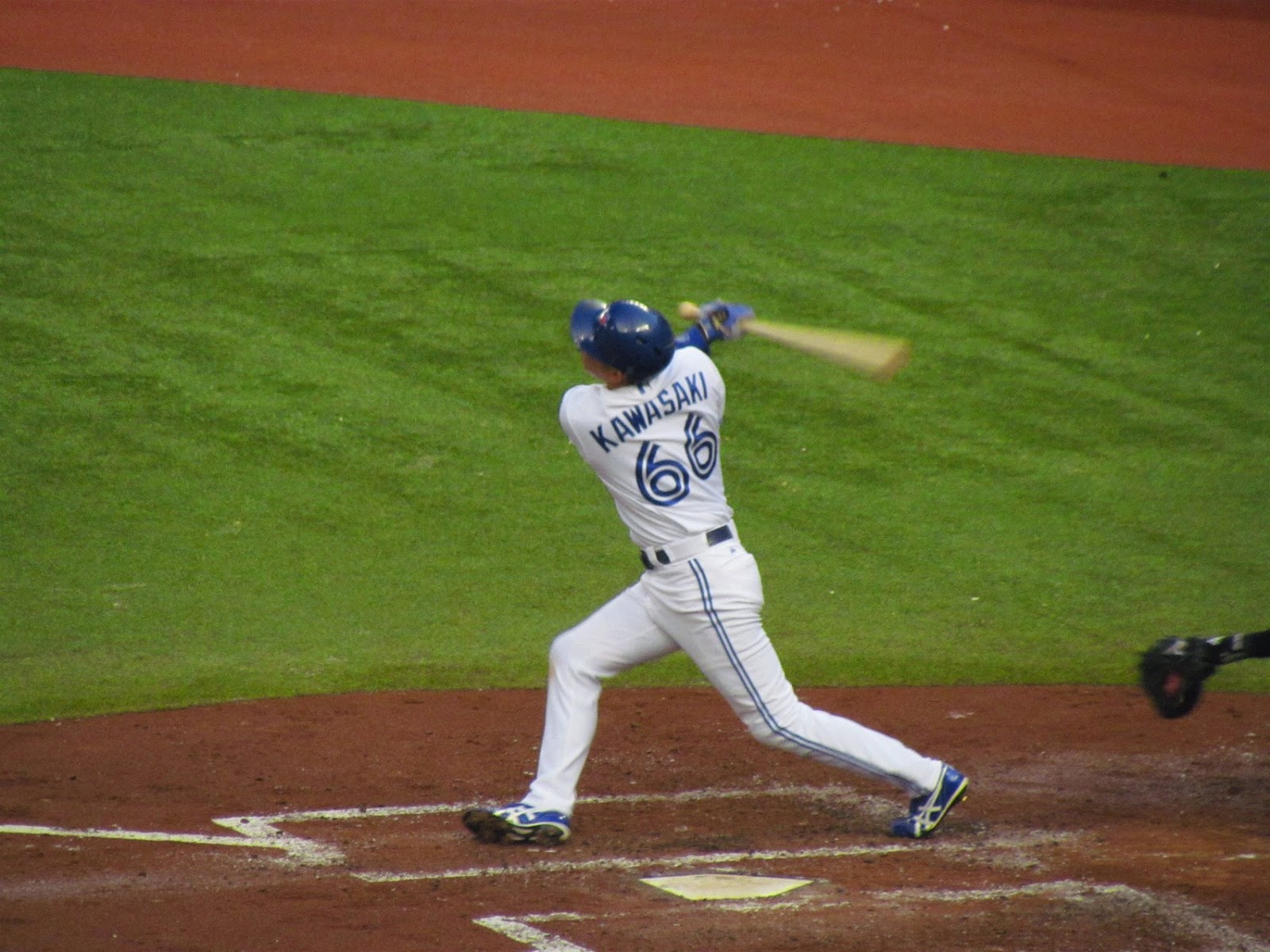 Bautista pops one up. You can see the ball racing out the top of the picture. 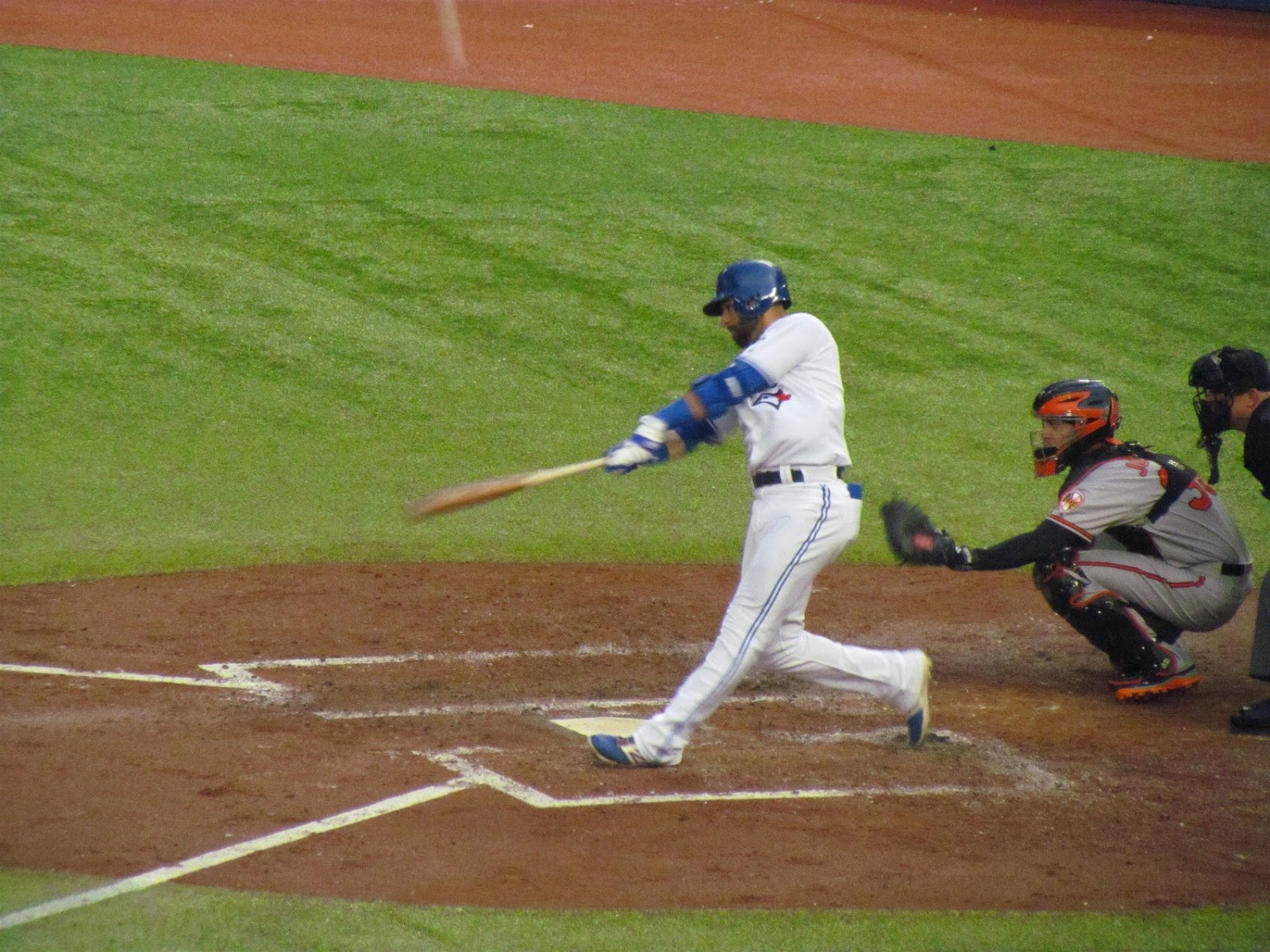 These are the worst seats in the house, the extra 15 rows that are added where the roof stops. One couple decided it was a good spot though to take in the game. 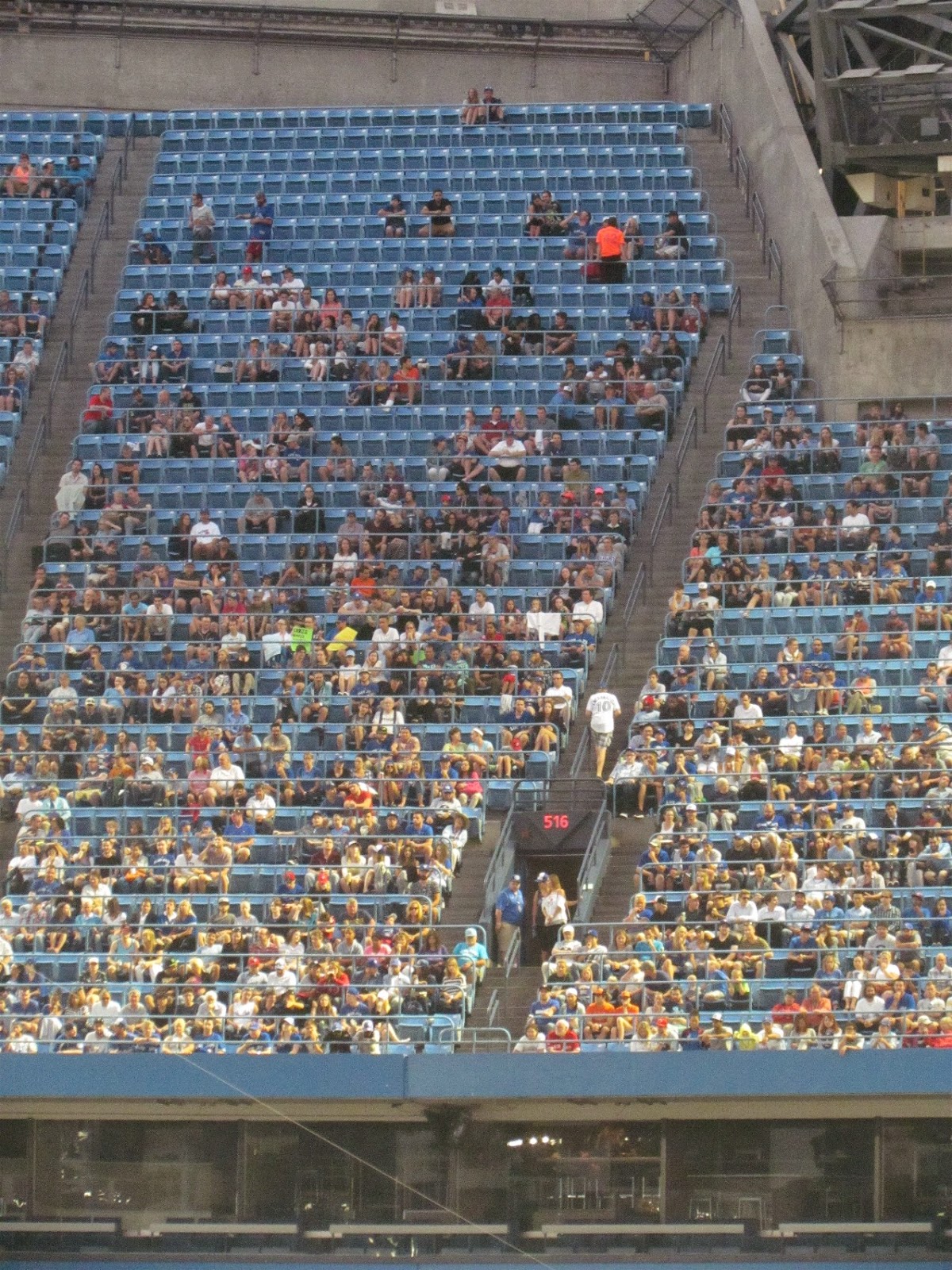 A cameraman was right below us. 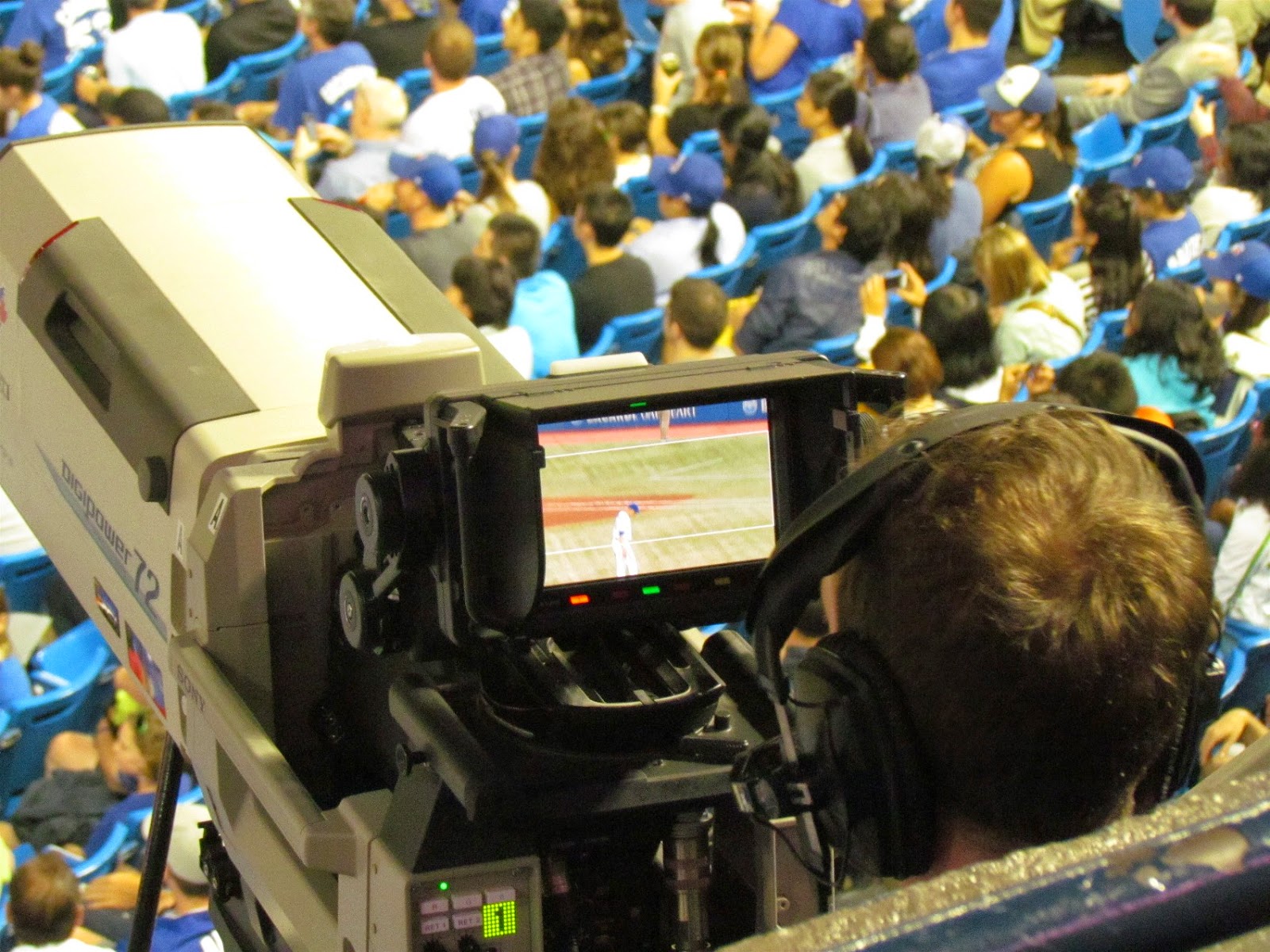 Bad pitcher. Bad play too as Reyes bobbles the exchange for the double play. he did get the out. 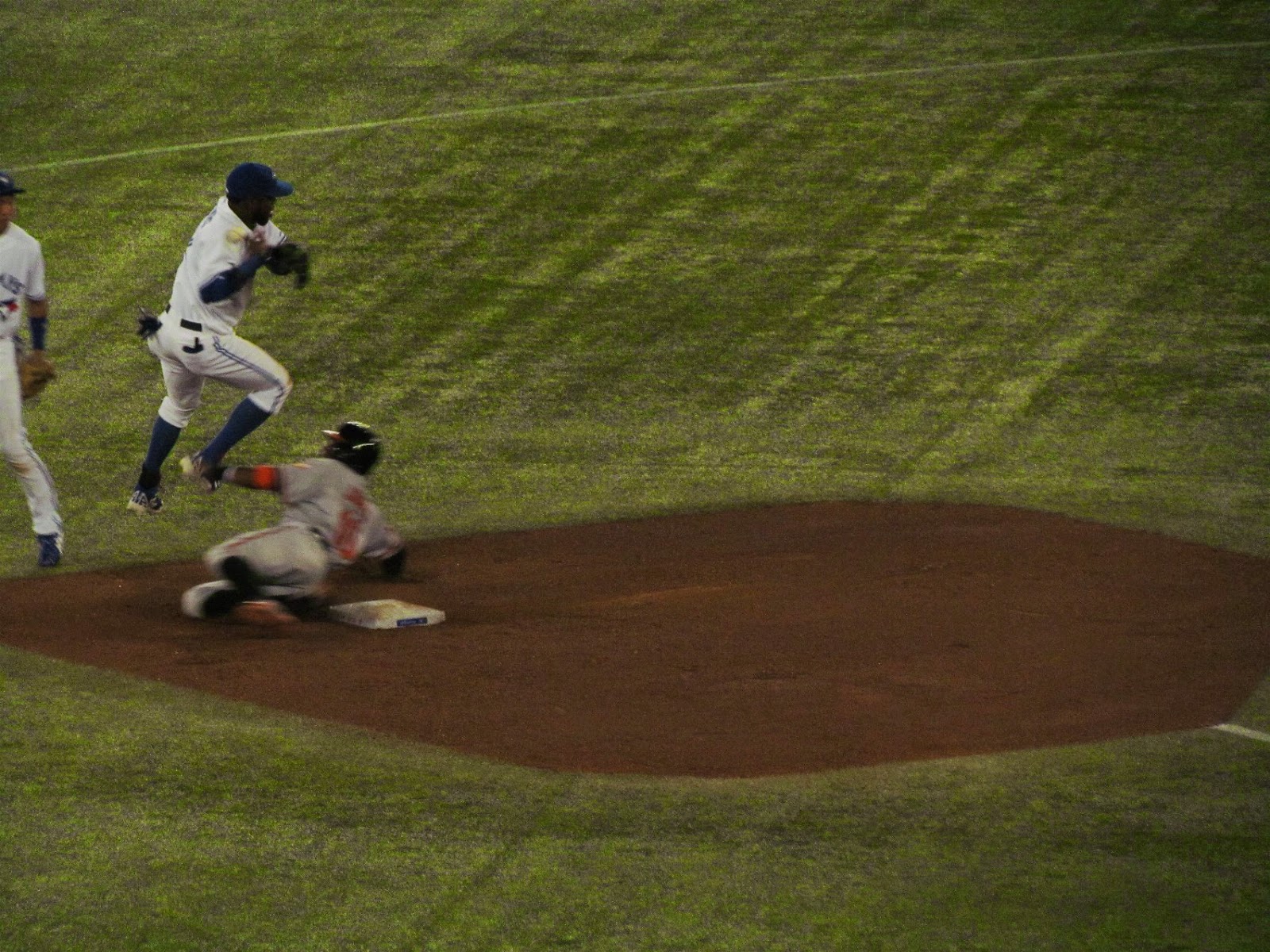 When the Orioles changed pitchers, Kawasaki was pulled for another batter. He never sat down. 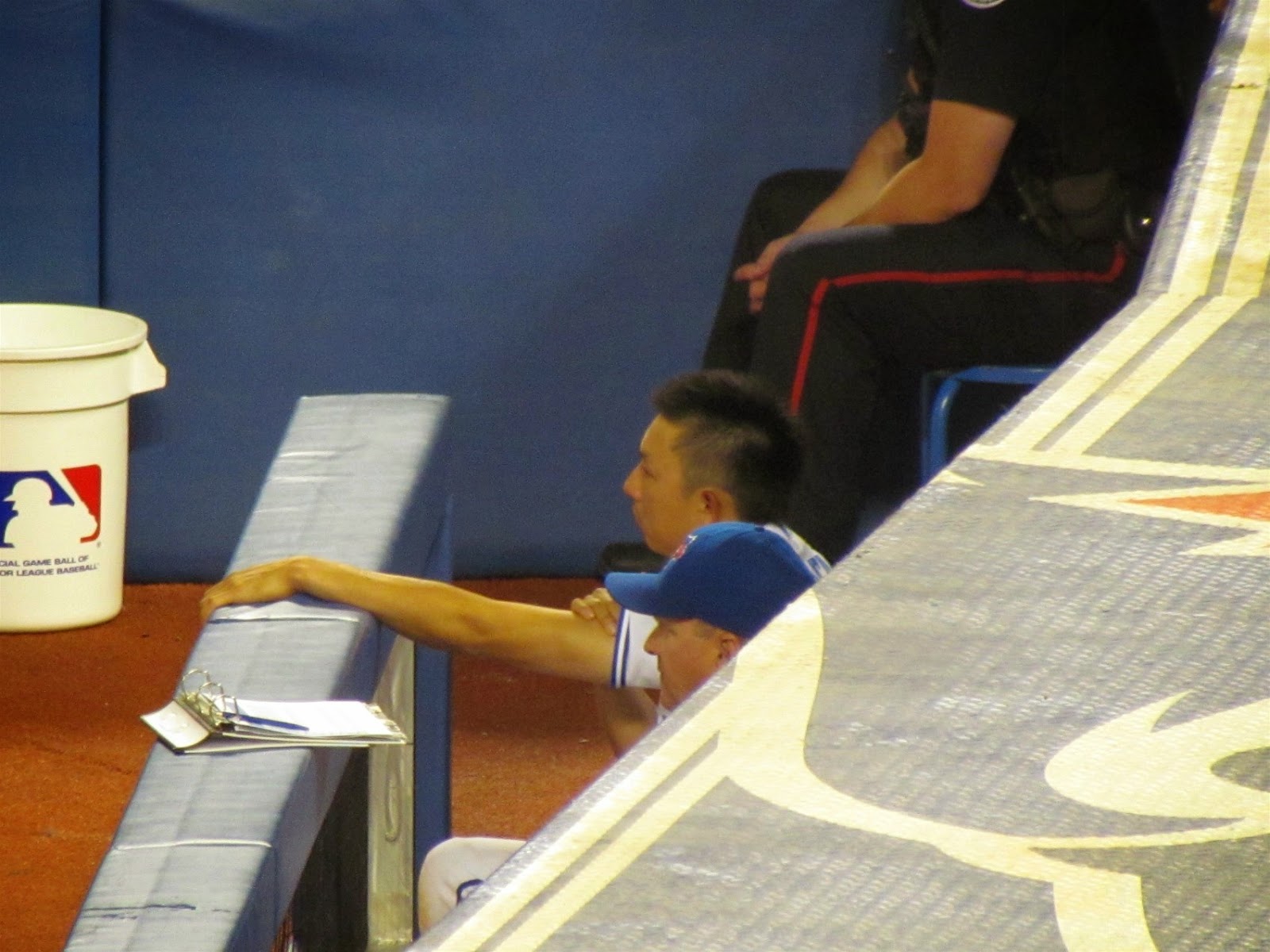 We left at the end of the eighth inning. The game was long and it wasn't fun seeing the Jays getting clobbered. We didn't miss anything and there was no scoring in the last inning. Hopefully the Jays can come back and take the next two games from the Orioles. 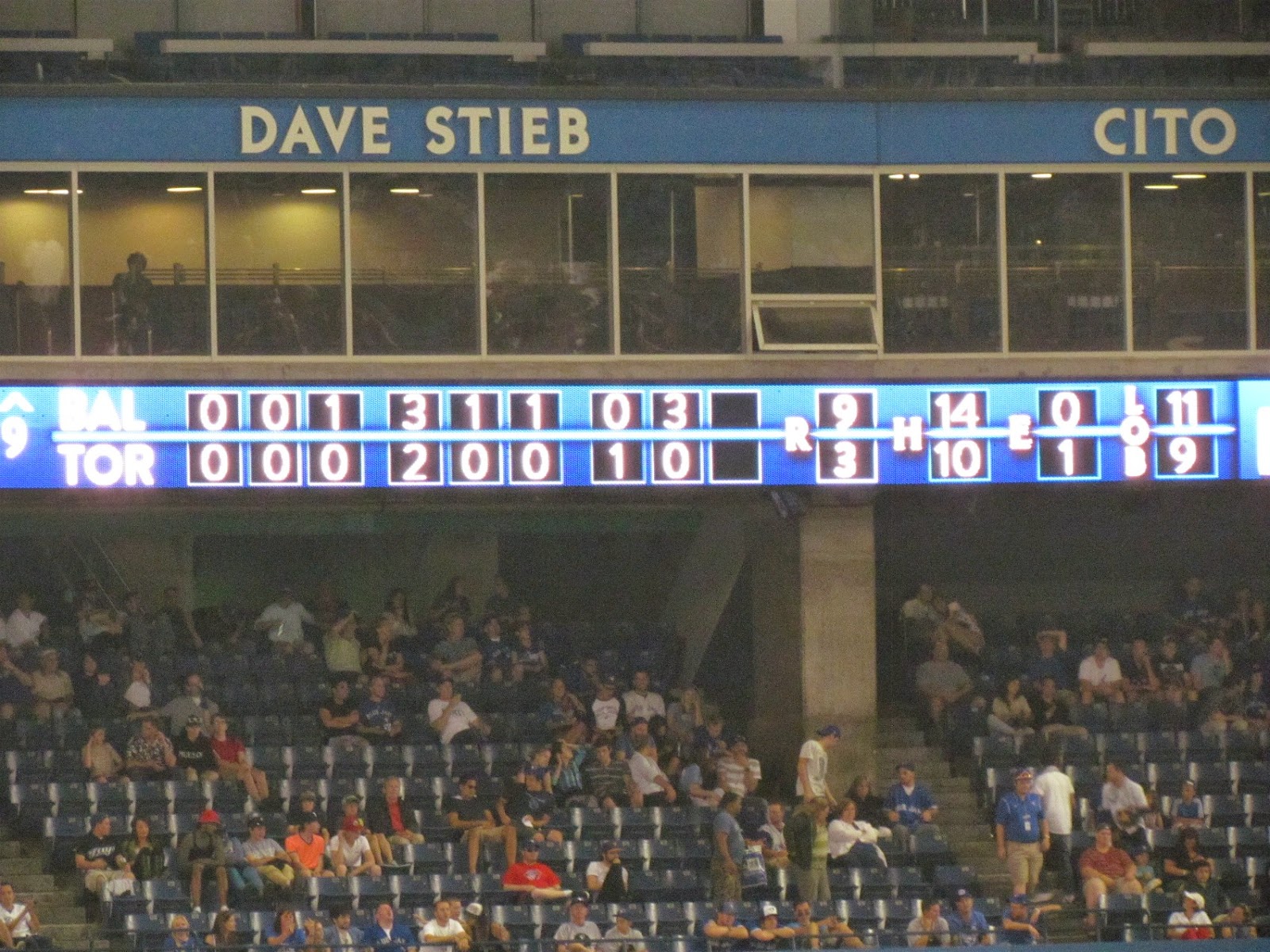