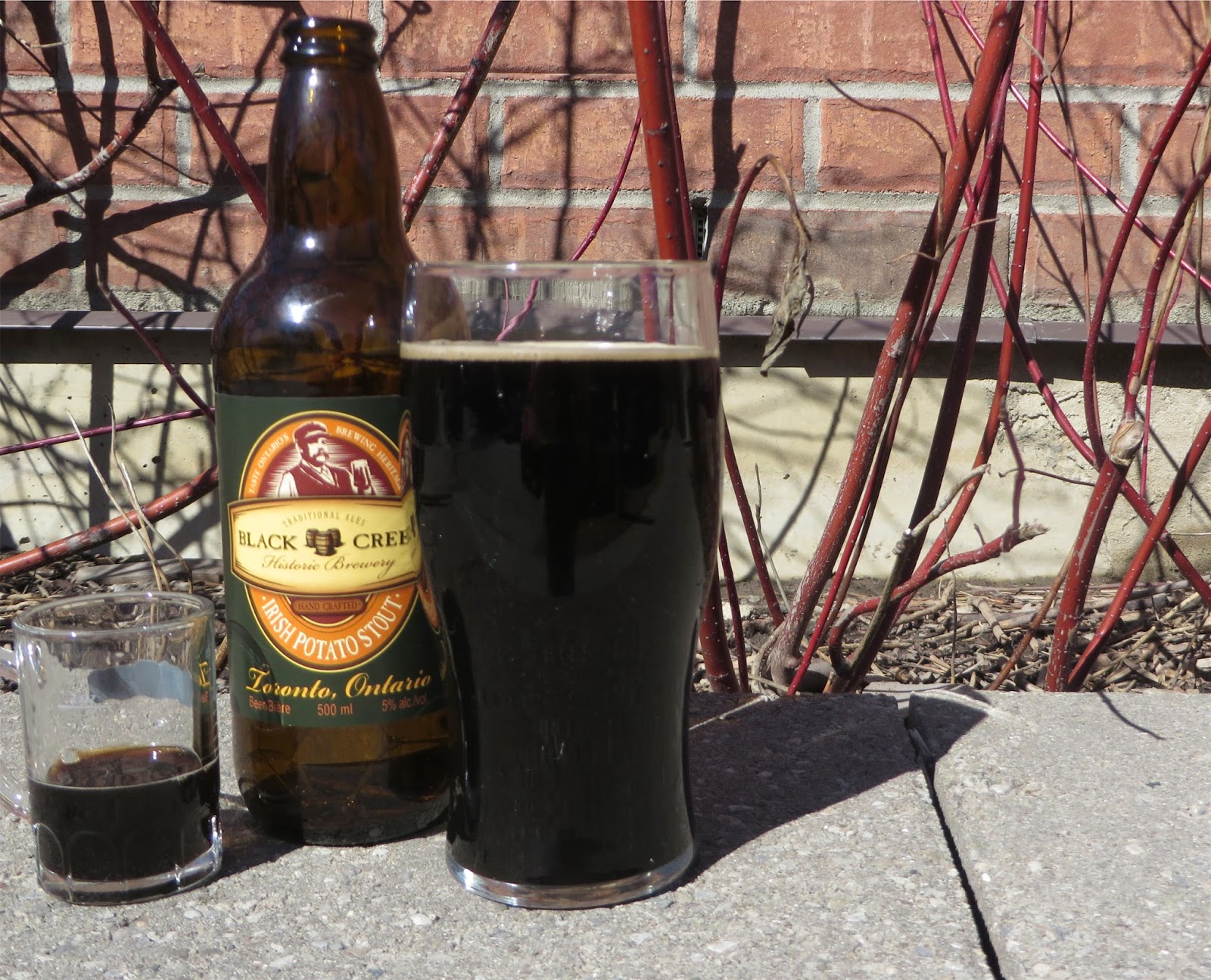 While others celebrate St Patrick's Day this weekend drinking green coloured beer, which is wrong on many levels, Black Creek Historic Brewery has provided me with a different option.

They have produced an Irish Potato Stout!

I have written about this brewery before but this should be a fun beer to taste and write about. Teena is a big fan of potatoes but not the stout style of beer. I will be asking her opinion.

I figure there had to be a history behind putting potatoes in a beer. I can`t see a brewer waking up one day thinking, "Hey, how can I combine my favorite root vegetable with a beer?" Maybe he did (all the pictures on the website show male brewers, so I am not being sexist here).

On the label, the ingredients are listed as water, barley, potatoes, hops and yeast, so yes, this is a potato beer. Even though there are potatoes in this beer, which would add more sugar for the yeast to eat and create alcohol with, it still weighs in at the normal 5% APV. 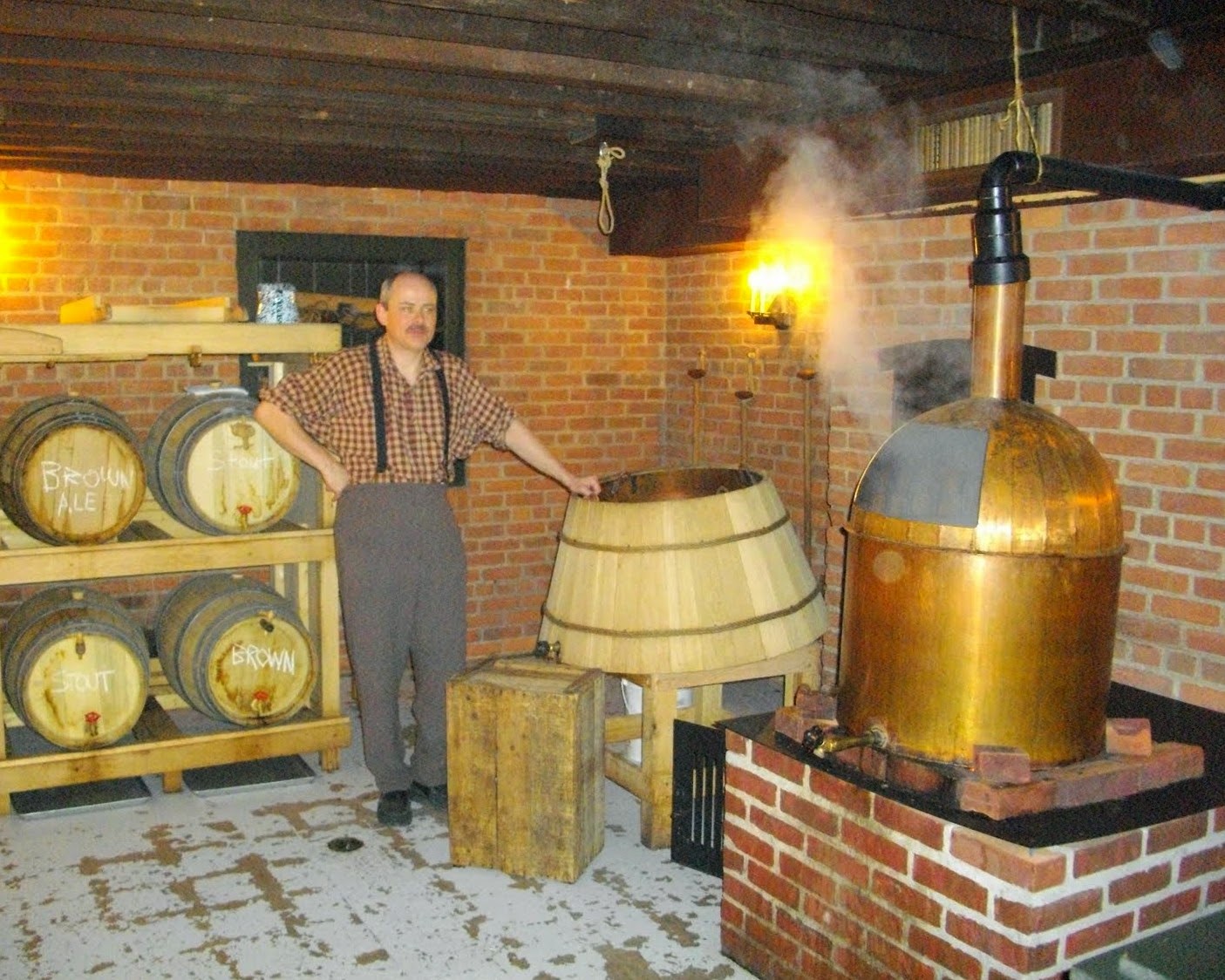 There is no mention of potato beer in the Oxford Companion to Beer, so I went to the 'Net. Interesting that I found recipes for potato and sweet potato beer. I hate sweet potatoes so could never find myself trying them. I did learn that it was a style of beer, first brewed in the 19th century in Europe and may have originated in Bavaria.

Time to give it a pour!

Teena found it not hoppy, which to her is a plus. She thought it didn't have an overpowering taste but was a stronger tasting than its aroma indicates. She was disappointed that even though potatoes are not a strong flavoured vegetable that there was not any indication of a potato taste in this stout. Teena is not a fan of stouts but found this "not as gross" as other stouts, which is high praise. 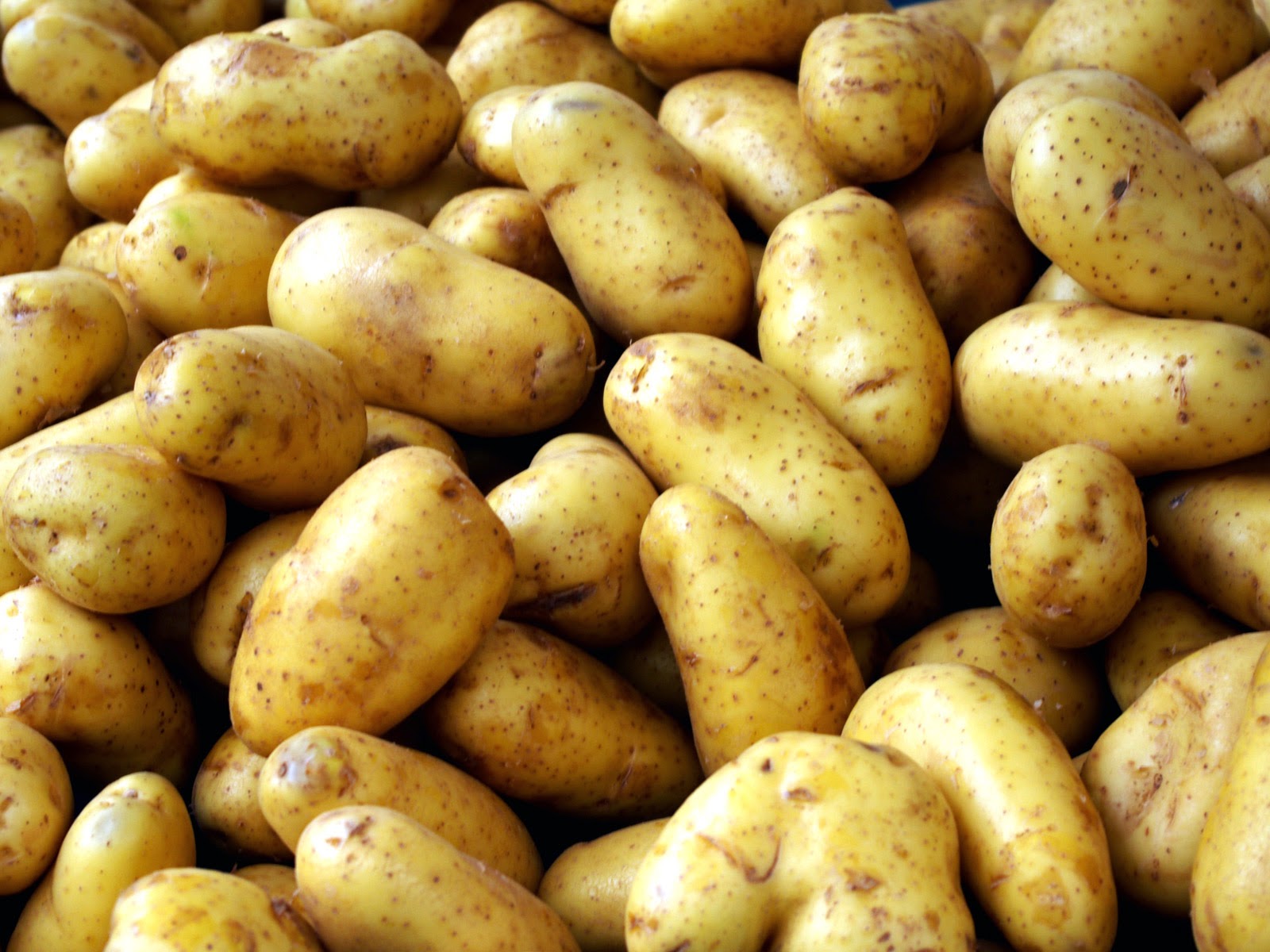 The beer does pour with the blackness of a stout. I found the aroma was quite mild. The beer did have a small creamy head, which dissipated fairly quickly. There are just a trace of lacings that line the inside of the glass. It is a surprisingly light tasting stout and a little watery in mouth-feel. The beer finishes with a nice tone of slightly bitter chocolate.

It's a decent tasting stout but nothing special. This brewery puts out great imaginative beers, brewed the way beer was brewed back in the 1800's and I enjoy trying what they have to offer.