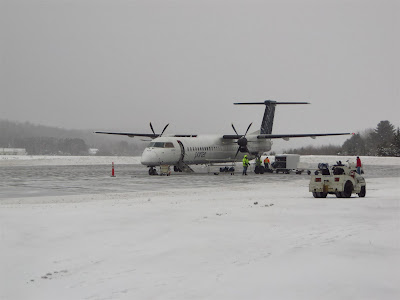 This afternoon Teena and I flew to Mont-Tremblant to ring in the New Year and to do some snowshoeing at the top of the mountain. It was -16C and felt like -22C. Funny but in Toronto we have had these temperatures but this seems colder.

The Mont-Tremblant airport is quaint but stuck in the middle of nowhere. It's a 40 minute drive to the hotel but scenic all the way. 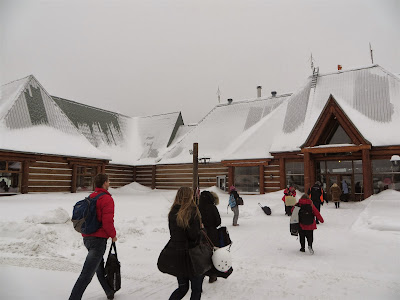 Our room is nice and has a fireplace. 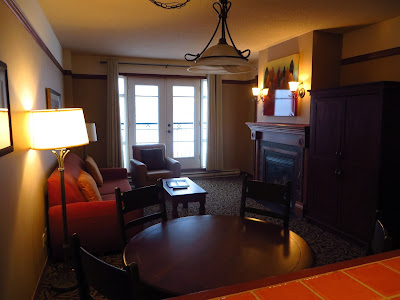 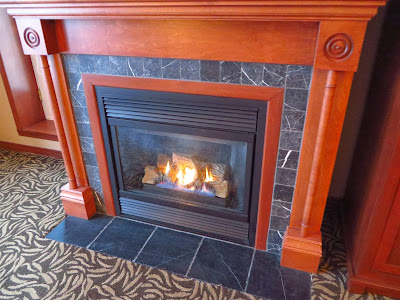 We walked around, took some pictures, picked up some "supplies" and stopped in for what today has become a tradition, a drink of hot wine outside a bistro. Yes, -22C and some snow feels colder than -22C in Toronto! 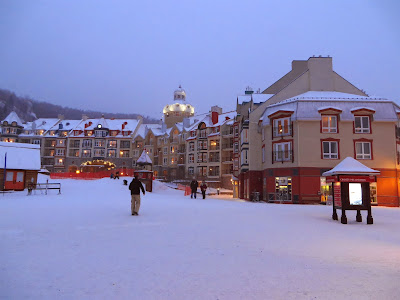 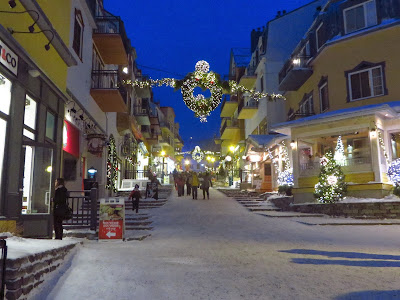 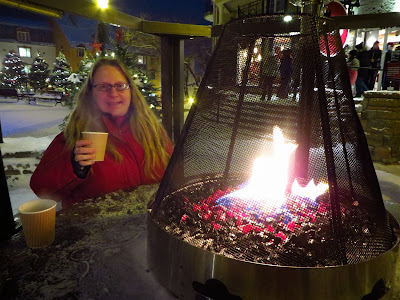 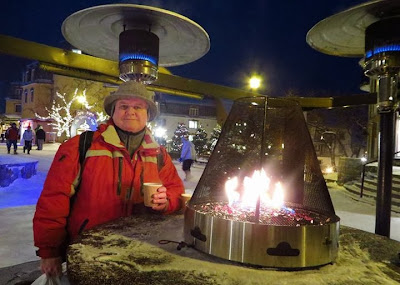 There are going to be fireworks on the mountain at midnight. Last year they did them at nine. Midnight on New Years Eve is a much better idea!
Posted by Swordsman at 18:14