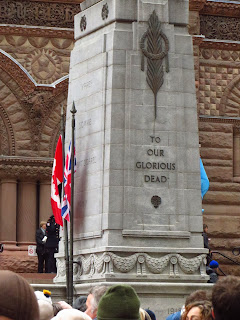 Today was Remembrance Day in Canada and ceremonies were held across the country.

I took an hour off work and headed over the one held at the cenotaph at Old City Hall. 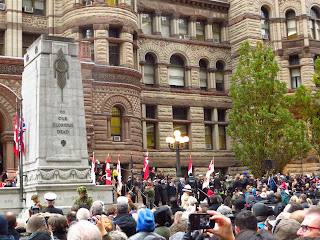 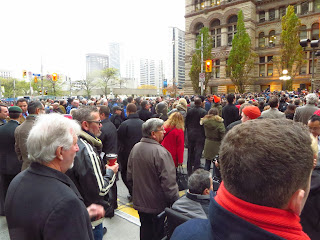 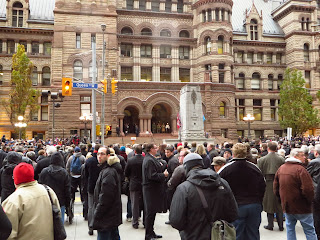 There looked to be an Honour Guard on the steps, who then proceeded to march down to the cenotoaph. 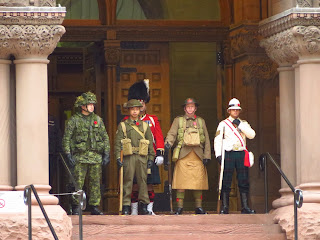 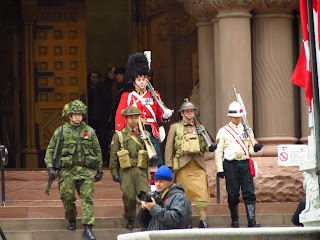 From where I was, I could not see much of the ceremony but when the parade came by, the crowd had to separate and I found myself in a good spot. Everyone clapped and cheered as they went by! 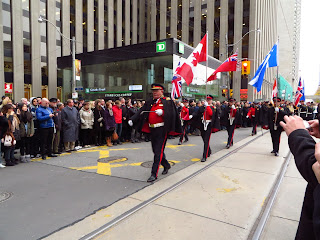 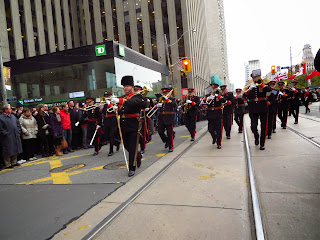 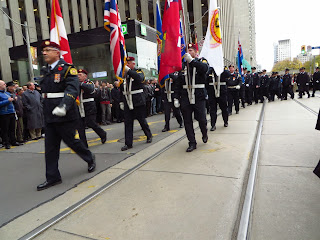 Then came a flyover by four planes in a "Missing Man" formation. One was smoking and rolled off to the north. This is done to honour the dead or missing. 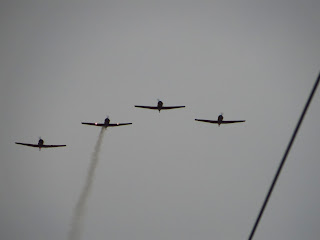 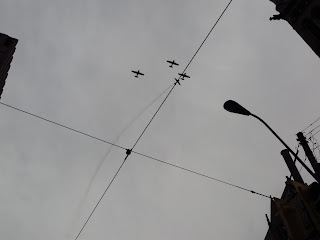 Toronto really went really quiet and still during the two minutes of silence. Not just those in attendance but I noticed there were no traffic sounds or any of the usual sounds of the city. Just quiet. The TTC stopped all its buses and streetcars to observe the two minute silence and it seemed the rest of the city stopped what they were doing too!

We all sang Oh Canada!. It sounded great!

Mayor Rob Ford got up then and delivered a speech. I don't like him but am glad that nobody booed or heckled him. This was not the forum for that. I'm glad that those who were there realized that. Actually, he gave a very good speech. 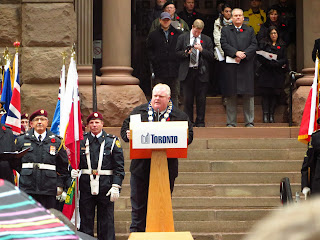 After a prayer and a couple of hymns, the wreaths were laid. I could not see what was happening. After they were laid, I had to go. 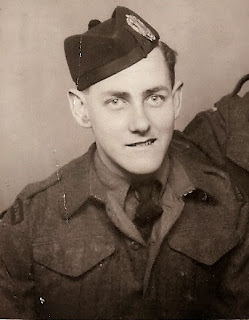 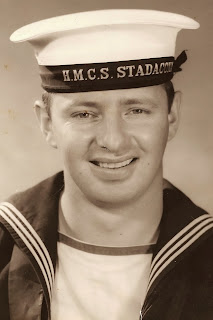