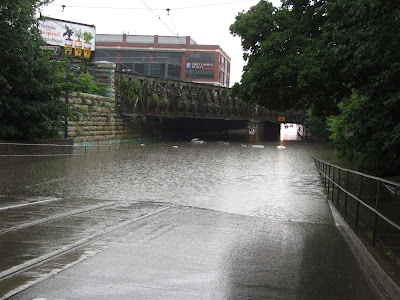 See those things in the water that look like floating plywood? Well, they are seven cars all flooded to their rooftops!

Toronto received more than 74 millimeters of rain in an hour. That is as much as we average in the entire month of July! The drains under the train underpass at King and Sudbury could not keep up to the hour long deluge and backed up causing the road to flood, trapping these vehicles. 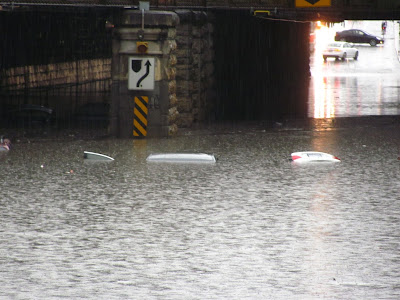 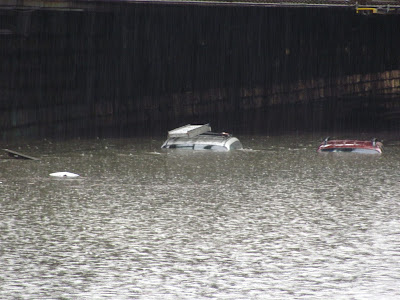 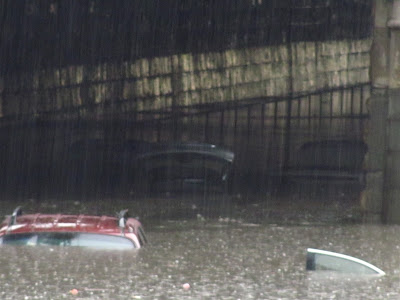 I was speaking to these people that were trapped in one of the cars. They said that the car ahead skidded in the water and stalled. They waited for only a minute and found water starting to come into their car. They had to climb out the window to escape and the water was up to their waist. Luckily, police came by and waded out to help them escape. They actually were in very good humour about it! 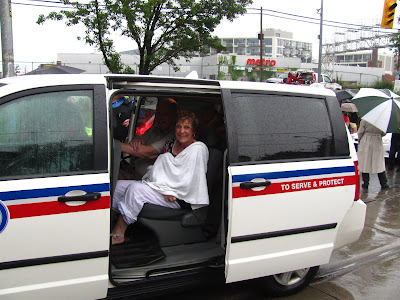 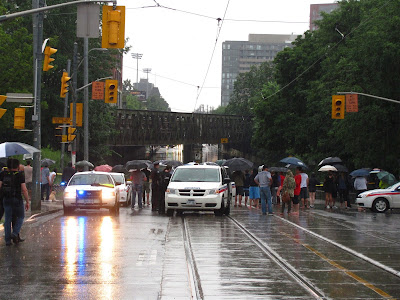 I was speaking to this fellow before CBC news showed up (they made it there first). He pointed to the car that had its door open and said that was his car. He too had to climb out the window, with the water having risen quickly to his waist. As he waded to safety, he said one of the cars floated by! 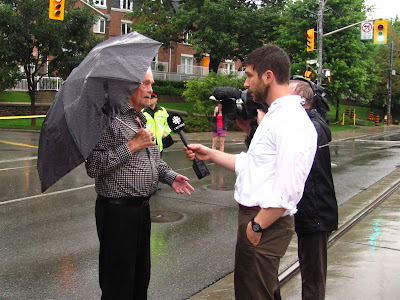 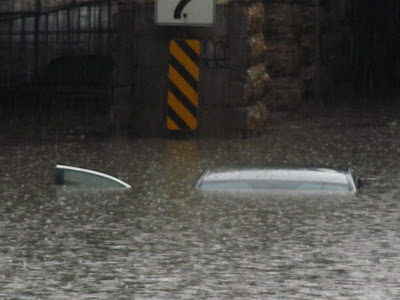 It's never good to see one of these on your street! 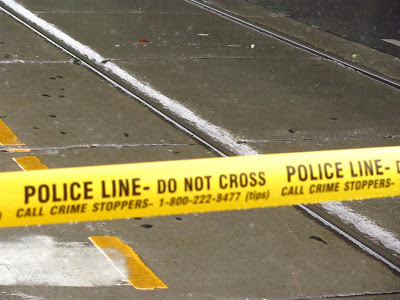 Of course, traffic was backed up. Look downtown. All the lights are out like a vacant city! 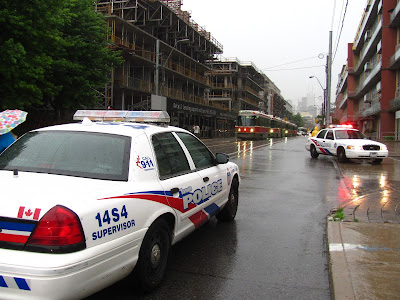 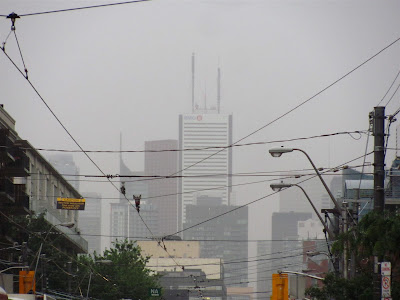 Finally the water started to subside. It was amazing how quickly the area drained! It took only about 20 minutes! 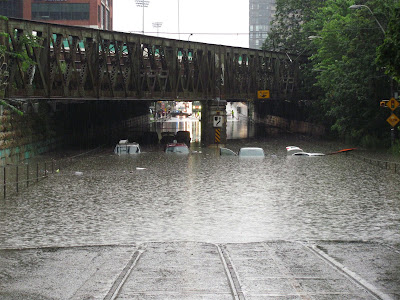 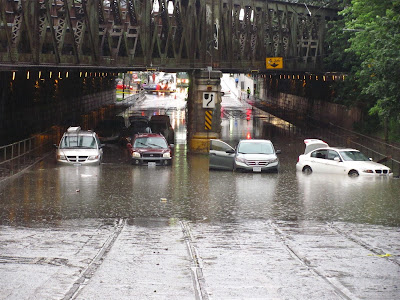 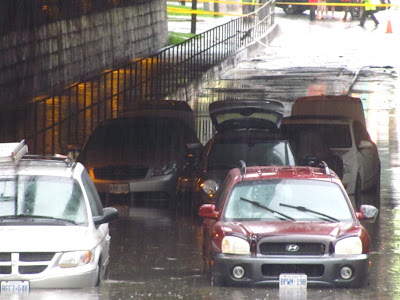 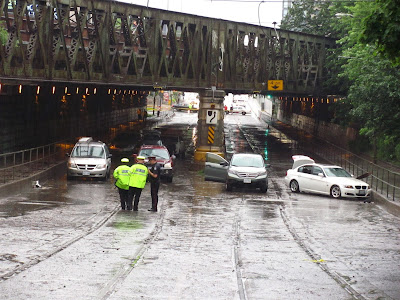 When the water disappeared, the cars were shorted out and started going off. Listen to this! This would be excellent to play just to annoy someone!


Nobody was hurt and that really is the main thing. This was just one of many flooded areas in the city. I'll bet the car insurance companies will be busy tomorrow! 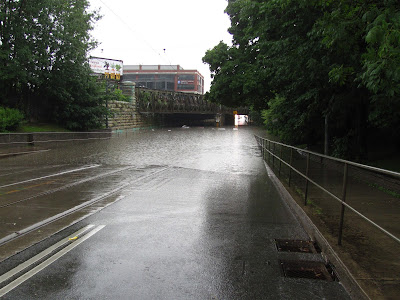