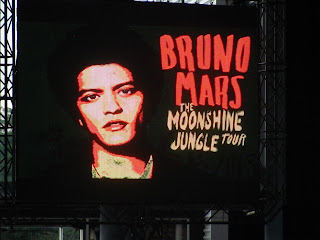 Tonight Teena and I went to see Bruno Mars at the Molson Amphitheater at Ontario Place. The Amphitheater seats seats 16,000 between the seated area and the hillside and every inch of it was packed. 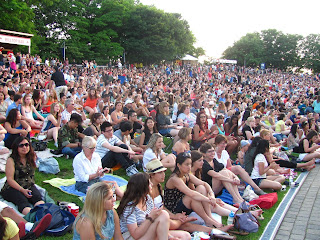 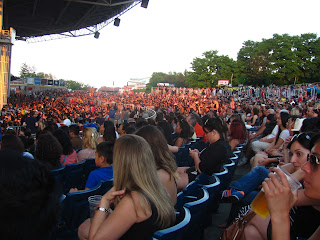 Ellie Goulding from England was the opening act, and although I hadn't heard of her, many in the crowd were singing along. 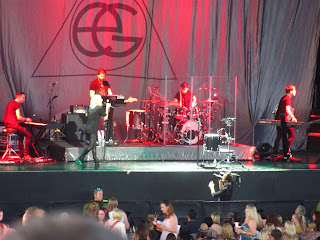 After she was done, a curtain was drawn to hide Bruno's set being put together. Goulding was done at 8:30 and it seemed to be taking an extraordinarily long time to set up the stage. It seemed that there was an great amount of attention being paid to the right side of the stage. 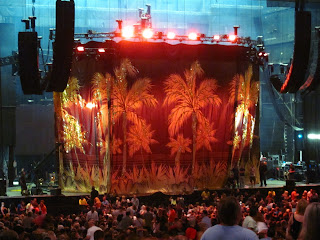 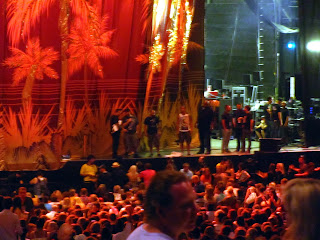 It turned out there was a flood. The crowd was told there would be a delay, and everyone waited patiently. We all came for a concert and were willing to wait to get one. It wasn't Bruno's fault or his crew. The venue was to blame. It gave us a chance to enjoy the sunset. 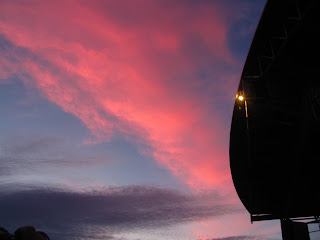 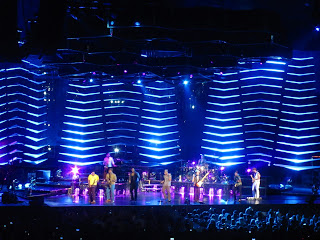 There was a lot of energy in this concert, with Bruno, the band and the crowd. The crowd never sat down the whole time and sang along with many of his tunes. The band was playing and dancing. Everybody on stage were in constant motion. 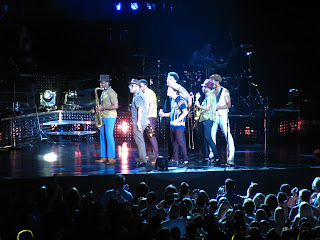 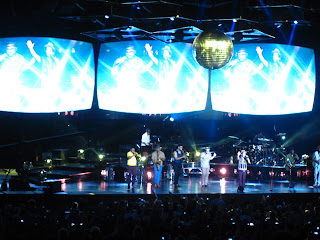 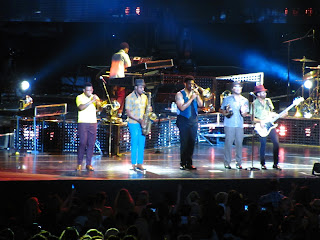 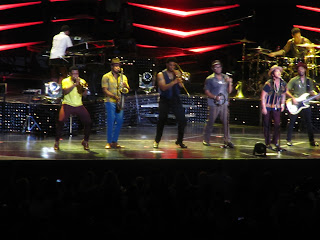 I've been going to concerts for more than 40 years and am starting to get sick of the encore. You know, everyone leaves the stage and all of us in the audience claps until they come back. I would like to see for once a band come out and say they are playing from beginning to end, and will not do the self serving encore thing. I don't blame Bruno for doing this, everyone does and it would be tought to be the first.

As the concert started really late, many had to rush out at the encore to catch the last Go Train home.

Bruno came back all alone and did a great drum solo. 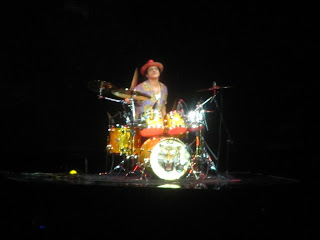 Then the band came on finished with fan favs such as Gorilla and Locked out of Heaven, whose song ended up blasting out confetti everywhere. 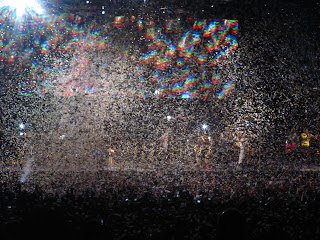 Bruno and the band left the stage, and my first thought was "Damn, he's going for another encore", but instead the lights came up and the show was over.

The Lazy Song is my favorite Bruno Mars song. I paid a hundred bucks and never heard my favorite song which is also one of his most popular songs. What's up with that!

I think Bruno Mars and his band puts on a high energy, very enjoyable show. I just feel a bit ripped off having not heard The Lazy Song.

Here are Teena and I at the concert. 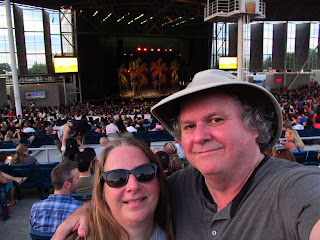 Labels: Concerts, Events, Music, Things to do in Toronto

Nice concert review! FYI, Even though he wrote it, Bruno really, really dislikes The Lazy Song and has vowed to never sing it again. :-/ Hope he comes around one day!

Thanks Hooligan. I didn't know that. We checked his songlists from other concerts and found he didn't sing it at any of them either. That explains why.

I hope he does come around. It's a fun song!