A Night Watching the Blue Jays Shut Out the Twins 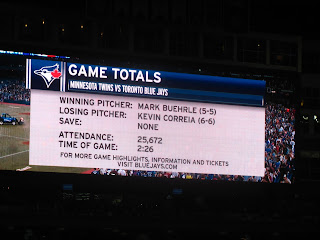 The Toronto Blue Jays have been mired in a slump since their exciting 11 game winning streak ended. I had to do something about that so Teena, my friend Roger and I headed to Rogers Centre this evening to watch the Jays take on the Minnesota Twins.

What was I doing about the Jays slump? Well, I wore my Ricky Romero shirt that I bought last year. The Jays are undefeated when I'm at the game wearing that shirt. Six wins and no losses. Here I am in my lucky shirt with Roger. 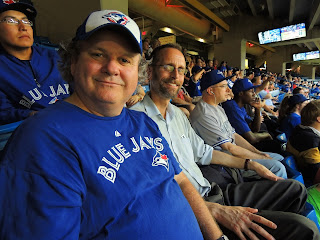 Outside the stadium before the game, the Jays have what they call a Summer Friday Fan Festival which is a licensed area with music, games and freebees. 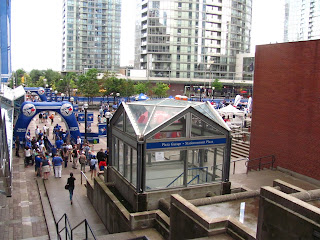 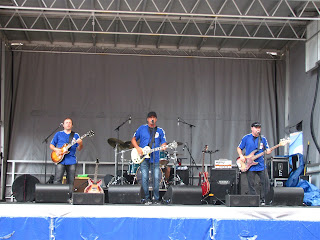 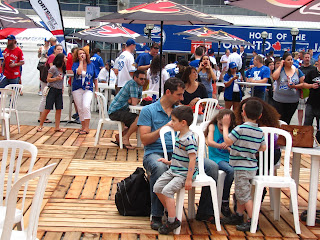 Jamie Campbell and Gregg Zaun in the Sportsnet broadcast booth with the pregame show. 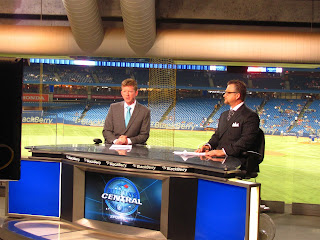 I thought it was an interesting way for starting pitcher Mark Buehrle to warm up. Throwing from his knees. Fan favorite Munenori Kawasaki stretches it out before the game. 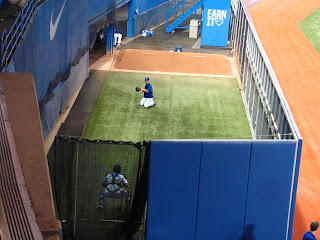 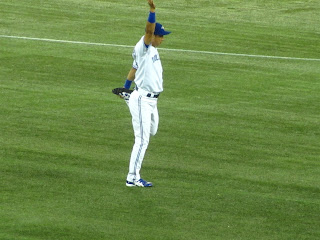 Each Blue Jay batter picks their own music to hear as they come up to bat. Here's the playlist 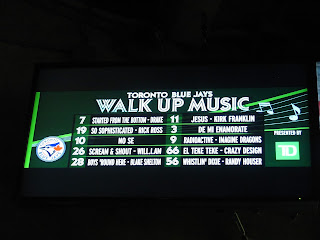 The managers exchange line-up cards with the umpires, then it's time to play ball! 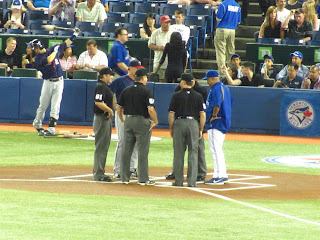 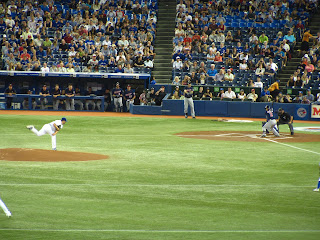 Every pitch in this at bat I took a good shot, except this one. The one I missed was Bautista slugging his 20th home run of the year, giving the Jays a 1-0 lead. 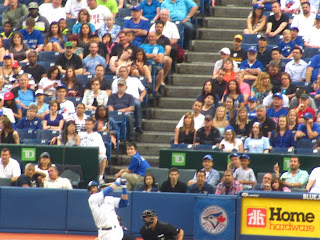 Some better at bat shots of Edwin Encarnacion, Kawasaki and Bautista. All of these were swings and a miss! 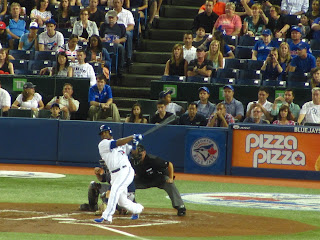 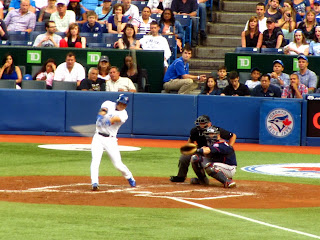 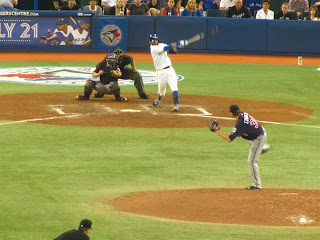 It had been raining in the afternoon and the dome was closed at the start of the game. It was the first time I have been there when they opened the dome during a game, which they did half way through the second inning. 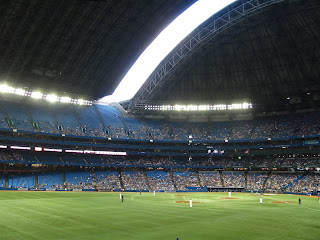 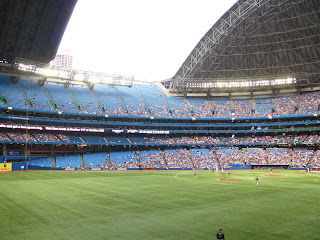 For the middle innings, we headed up to the Toronto Brewhouse in centre field. 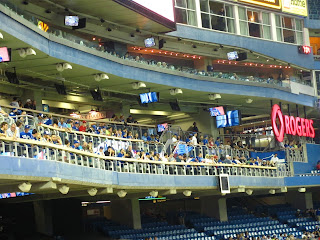 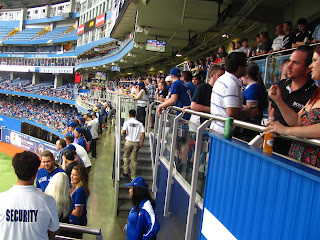 In the end, we saw a Jose Bautista home run, Jose Reyes drive in two runs, Mark Buehrle pitch seven great innings, Brett Cecil and Dustin McGowan each pitch an inning that shut down the Twins, the roof open during the game and yes, a 4-0 Blue Jays victory!

Oh, and if you scoffed about my lucky shirt ... it's still undeated with a 7-0 record. celebration time! 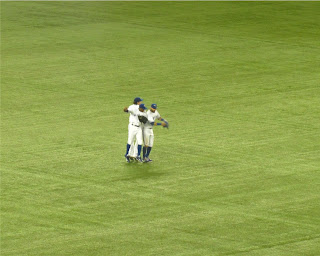 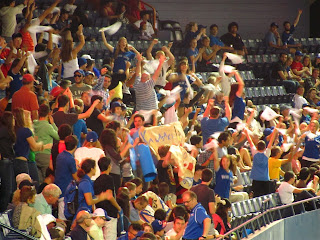 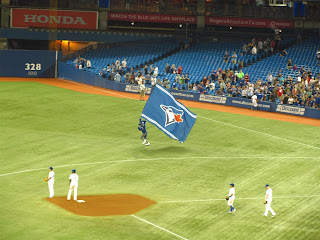