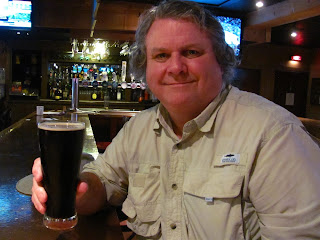 Tonight Teena and I were at the Dominion House in Stratford having a couple of drinks before our 9pm train came to take us back home to Toronto. They usually have the same old mega breweries on tap but I spotted a new addition, Silversmith Black Lager by Silversmith Brewing.

This is a new brewery which started in 2012 and started by brewing their beer offsite while their brewery was being built on the Niagara Stone Road,  just outside of Niagara on the Lake. The  brewery is located inside an beautiful old, ivy covered church which was built around 1894.

Black Lager is their flagship beer and one of the first batches that they brewed. Known over in North America as a black lager, it is actually a Schwarzbier which according to the German Beer Institute means "black beer" in German. It is a medium-bodied, malt-accented dark brew, very opaque and deep-sepia in color, with a chewy texture and a firm, creamy, long-lasting head. In spite of its dark color, it comes across as a soft and elegant brew that is rich, mild, and surprisingly balanced. It never tastes harsh, toasty or acrid.


The beer is black but not as black as some stouts and porters that I have had in the past. Both Teena and I found little in the way of aroma. As I sipped, there were lacings left along the inside of the glass. I was surprised by the watery mouth feel, probably as the beer is so dark. The flavours are quite light with just a little coffee coming through.

It is like a watery stout but where the bitterness stays at the end with a stout, the finish falls off quickly with the Black Lager.

I found this to be a nice refreshing beer, one that I would have again. 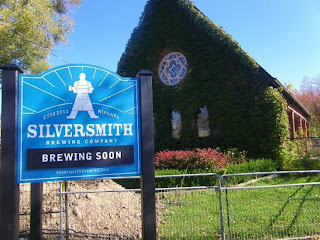