An Afternoon at the First Dundas West Fest 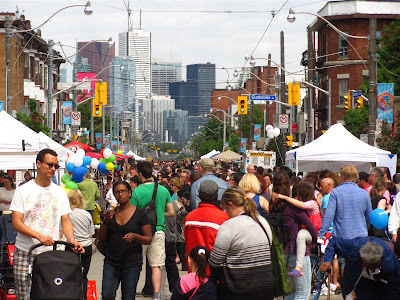 This afternoon Teena and I went to the first and hopefully annual Dundas West Fest. We live just a mile away so this was a very handy festival to attend. Thankfully for everyone involved the weather co-operated.

We started at the east end where there was a spirited game of Scrabble going on. They invited new players but Teena and I without our Internet cheat site did not volunteer. 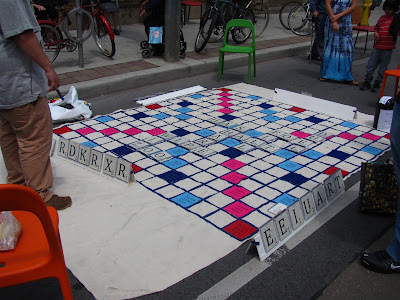 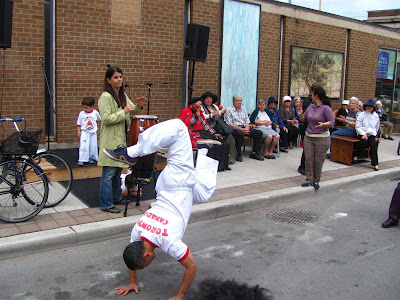 A busker/juggler did a performance. He was quite good using chainsaws, swords and fire. The fire makes the best pictures. 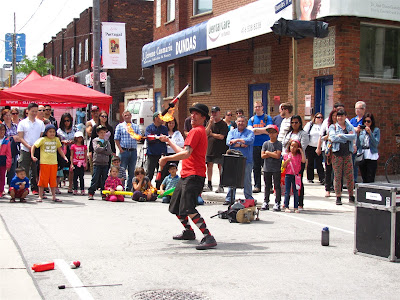 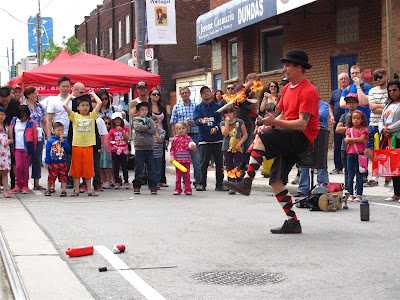 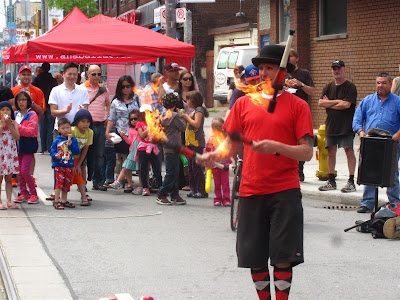 There was a garden centre that was transformed into a beer garden by Beau's All Natural Brewery. 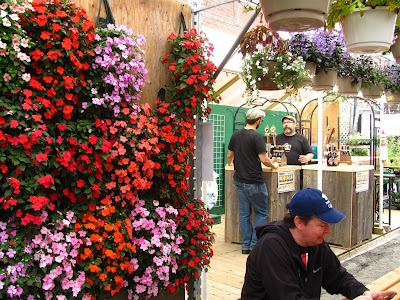 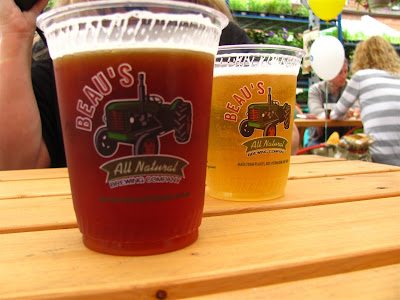 There were lots of different foods. 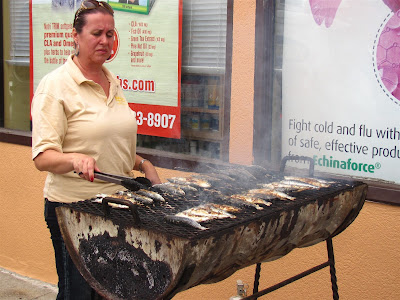 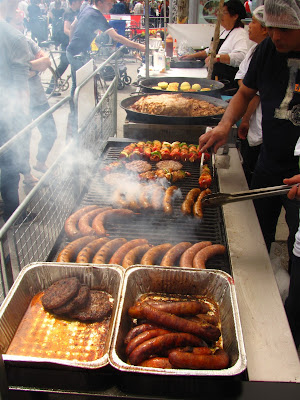 There was also lots of music everywhere. 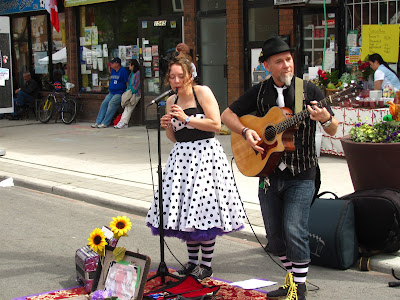 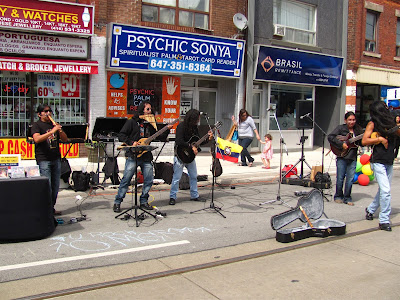 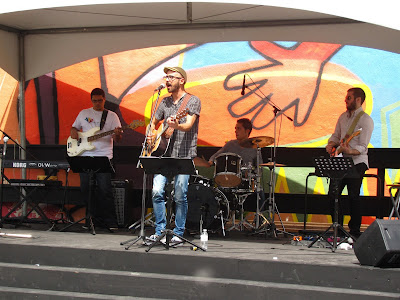 People could do chalk drawings on the street. Teena did this for us! 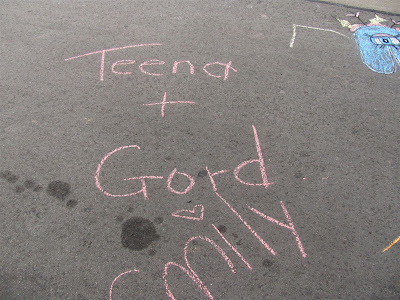 The kids were not left out. Street soccer games were going on. 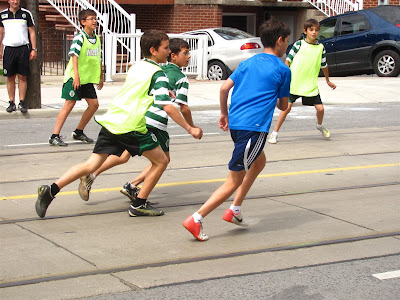 This guy knows how to ensure his kids ride around getting fresh air. 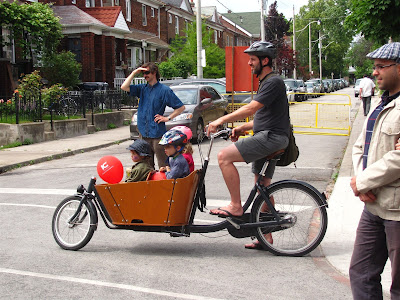 Here we are at the Lakeview Restaurant for supper. It was quite good. This diner has been here since the 1940's. Supper was delicious. After we hit one of our favorite places in town, Opera Bobs. I neglected to take a picture but had a great time. 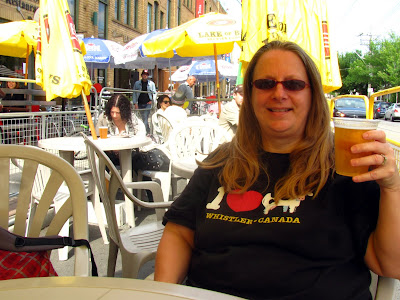 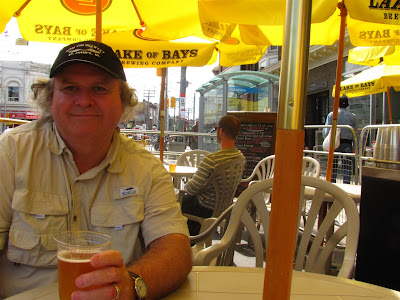 It was a fun day and seemed successful. If they do it again next year, we'll be there! 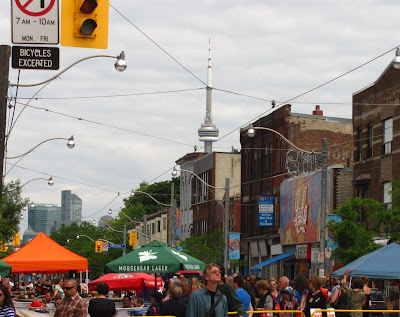