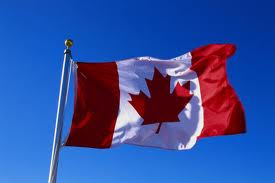 This was sent to me by a co-worker. I thought it was hilarious, and yes, Toronto is the centre of the universe!

TOP REASONS TO LIVE IN BRITISH COLUMBIA
1. Vancouver : 1.5 million people and two bridges. You do the math.
2. Your $400,000 Vancouver home is just 5 hours from downtown.
3. You can throw a rock and hit three Starbucks locations.
4. There's always some sort of deforestation protest going on.
5. Weed.

TOP REASONS TO LIVE IN ALBERTA
1. Big rock between you and B.C.
2. Ottawa who?
3. Tax is 5% instead of the approximately 200% it is for the rest of the country.
4. You can exploit almost any natural resource you can think of.
5. You live in the only province that could actually afford to be its own country.
6. The Americans below you are all in anti-government militia groups.

TOP REASONS TO LIVE IN SASKATCHEWAN
1. You never run out of wheat.
2. Your province is really easy to draw.
3. You can watch the dog run away from home for hours.
4. People will assume you live on a farm.
5. Daylight savings time? Who the hell needs that!

TOP REASONS TO LIVE IN MANITOBA
1. You wake up one morning to find that you suddenly have a beachfront property.
2. Hundreds of huge, horribly frigid lakes.
3. Nothing compares to a wicked Winnipeg winter.
4. You can be an Easterner or a Westerner depending on your mood.
5. You can pass the time watching trucks and barns float by.

TOP REASONS TO LIVE IN ONTARIO
1. You live in the centre of the universe.
2. Your $400,000 Toronto home is actually a dump.
3. You and you alone decide who will win the federal election.
4. The only province with hard-core American-style crime..

TOP REASONS TO LIVE IN QUEBEC
1. Racism is socially acceptable.
2. You can take bets with your friends on which English neighbour will
move out next.
3. Other provinces basically bribe you to stay in Canada .
4. You can blame all your problems on the "Anglo A*#!%!"

TOP REASONS TO LIVE IN NEW BRUNSWICK
1. One way or another, the government gets 98% of your income.
2. You're poor, but not as poor as the Newfies.
3. No one ever blames anything on New Brunswick .
4. Everybody has a grandfather who runs a lighthouse.

TOP REASONS TO LIVE IN NOVA SCOTIA
1. Everyone can play the fiddle. The ones who can't, think they can.
2. You can pretend to have Scottish heritage as an excuse to get drunk and wear a kilt.
3. You are the only reason Anne Murray makes money.

TOP REASONS TO LIVE IN PRINCE EDWARD ISLAND
1. Even though more people live on Vancouver Island , you still got the big, new bridge.
2. You can walk across the province in half an hour.
3. You can drive across the province in two minutes.
4. Everyone has been an extra on "Road to Avonlea."
5. This is where all those tiny, red potatoes come from.
6. You can confuse ships by turning your porch lights on and off at night.

TOP REASONS TO LIVE IN NEWFOUNDLAND
1. If Quebec separates, you will float off to sea.
2. If you do something stupid, you have a built-in excuse.
3. The workday is about two hours long.
4. It is socially acceptable to wear your hip waders to your wedding.

Let's face it: Canadians are a rare breed.