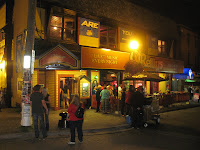 Tonight Teena and I went in search of live music on George Street and found ourselves at O'Reilly's Irish Newfoundland Pub.

When we got there, there was a folk singer on stage who was pretty good.  But we found that the Irish Descendents would be on at 11:30pm ... we knew we were going to stay.

It was interesting that when we were on O'Brien's Boat Tours earlier looking for whales and puffins, we found out that one of the members of the Irish Descendents is from time to time a tour guide on the boat. In fact, he was doing the tour after ours.

The place was jammed. The first singer (I meant to take a picture of the entertainment board at the door when I left ... the website shows no event listed, really not up-to-date) was good and at the end of the set invited up a 77-year-old man fro a step dance. He was very good. Hopefully I have his energy when I'm that old. 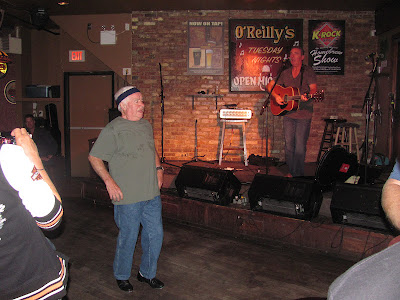 I remembered when Teena used the "sepia" setting on her camera for the graveyard at Saint-Pierre how effective it was. Figuring, this was an old song, in an old pub, on an old street featuring someone do an old step dance, that maybe it this would work. Not really but here it is. 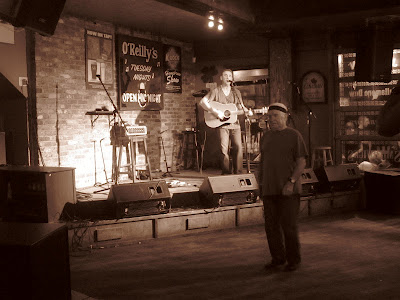 The Irish Descendants followed and were really good. Teena and I were beat, though, so left after the first set. They had the place going and many couples were dancing. 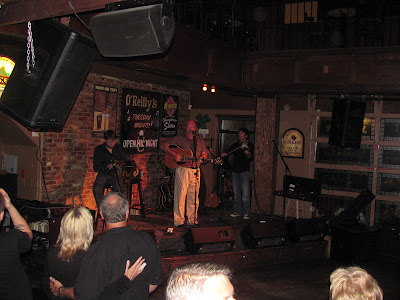 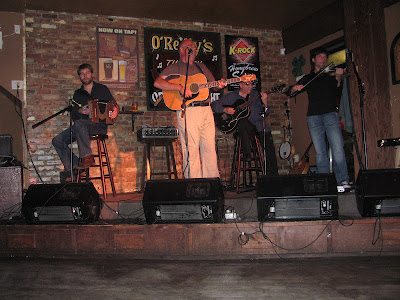 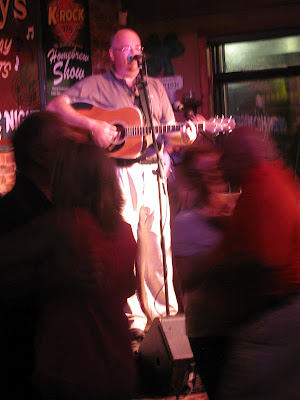 Afterwards we went for to Sal's, a takeout pizza place a couple of doors down, grabbed a piece of pizza, it was really good, and sat out on George Street to watch the goings on. All in all, a fun night in downtown St John's! 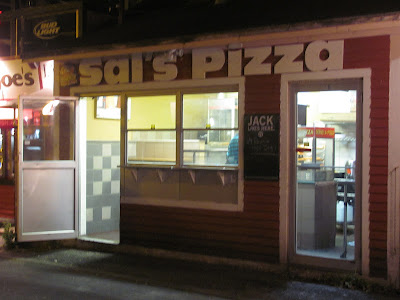 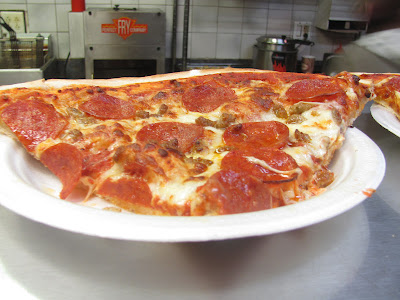