Getting Screeched in at the Newfoundland LC 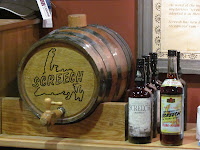 
Today was my turn.

Most people who wish to do this do it downtown at a pub late at night. Only two pubs do this, they do it late at night and really I didn't wish to have to plan to be anywhere late at night while on vacation.

They have an"official" screeching in ceremony at the Newfoundland Liquor Control store (NLC or just LC) and I knew I just had to do it there. What better than to do a "screeching in" than at the LC? The one across the road from us is the only one in St John's to do this. 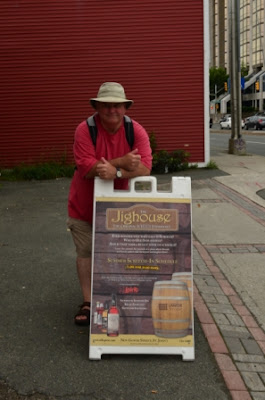 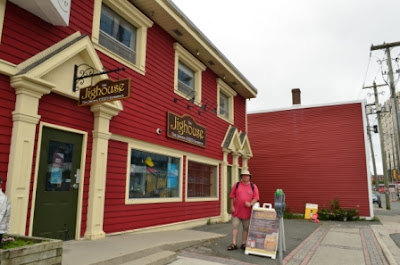 Emily is in charge of the ceremony. First she told us about the history of rum and Screech in Newfoundland. Then she explained the importance of performing the ceremony correctly. She told us that if we pass, we are good, but if not, she has Air Canada on the phone ready to take us of the rock immediately. No pressure there! 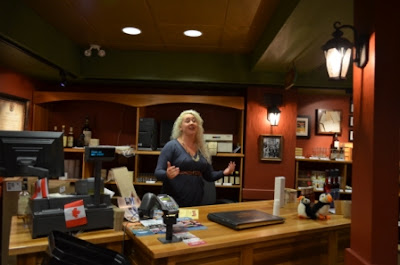 The ceremony involves wearing a Sou'Wester, answering the question "Is ye an honorary Newfoundlander?" with the proper answer "'Deed I is me ol' cock, and long may your big jib draw" and then kissing a cod or the ass end of a puffin. Emily said that whole many places use frozen cod, the LC prefers to leave the cod in the ocean where they belong so kissing the ass end of a puffin it was.

There were five of is getting screeched in today. Teena has been screeched in before so became the official photographer for the event. For this, she received her own shot of Screech.

First up we have to answer the question with again with "Deed I is me ol' cock, and long may your big jib draw". We practiced a couple of times. It also has to be spoken fast. I was sure I could do it and ran the phrase over and over in my mind before it came to me.

My turn? Yep, I froze and needed a hint from the lady beside me. I thought I did great but got just an OK from Emily, which is a pass! The next woman mentioned her "big ol' cock" which got a roar out of everyone! After another practice, she passed. 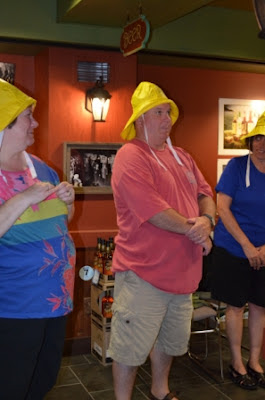 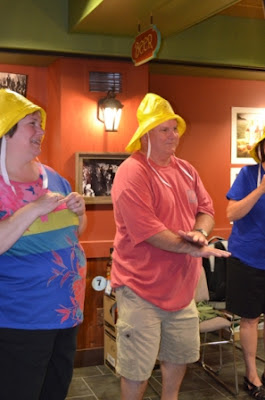 Now it's time to kiss the ass of the puffin. In the early days, the Newfoundlander survived by fishing or hunting puffin ... by the way, it is now a protected species. That is why it is acceptable to do either.  So here I am kissing the ass of a puffin! 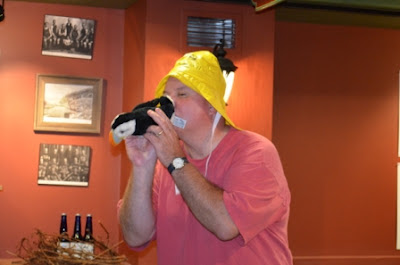 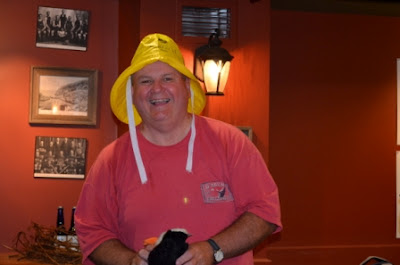 Next up is the serious part ... downing the Screech. Many in the room were worried about this but, hey, I love rum and drink Screech at home. A straight shot was something I was looking forward to and so much easier to do than answering "Is ye an honorary Newfoundlander?" properly. 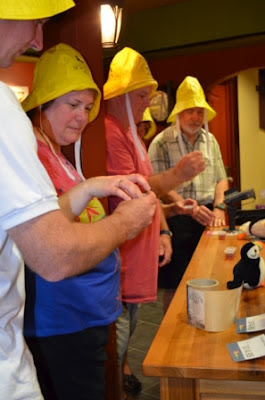 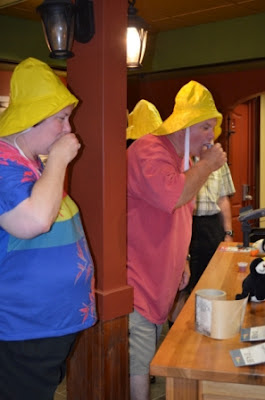 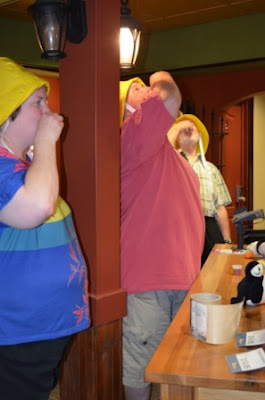 Finally, there is an official book to sign and the receipt of the official certificate. Mine will be hung prominently at home. 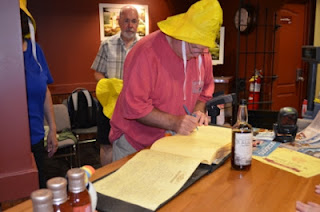 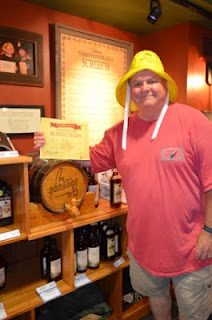 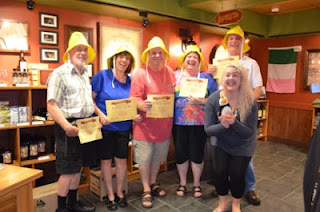 And there it is. According to my certificate, I am now a "proud honorary Newfoundlander". My grandfather, Sid, and grandmother, Georgina, on my dad's side were from Newfoundland so already I have some Newfie blood in me.

But now I also have a certificate!
Posted by Swordsman at 16:03

When we "Screeched in" people. We used live fish. Not frozen.
Preferably caught by the person being "Screeched."
Jig it, kiss it, kill it, eat it. Drink.
Drink the rum straight.
People wear wool, not those dumb rubber hats. Wool holds 80% of it's insulation ability even when completely wet. Take off the rain-hats, you're in-doors, not on a boat. Take it off! It's a private joke. "A dumb slicker, for a city slicker."