Heritage Toronto Walk- The Royal Alexandra Theatre and it's Neighborhood 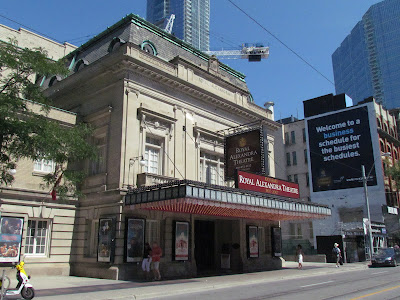 Today Teena and I went on a Heritage Toronto walk featuring the Royal Alexandra Theatre and its surrounding neighborhood. The timing was great as today is the 105th anniversary of the grand opening of the theatre.

There was a large group of people which met up at Simcoe park on Front Street for the walk. Our guide today was Janet and the tour was excellent. 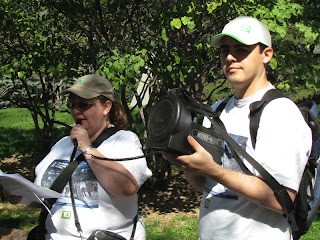 I work in the area and never knew there was an entire area called "Campsite Founding".  It commemorates Lord Graves Simcoe, the founder of Toronto, and his wife Elizabeth, who lived close by in a canvas tent when they first arrived in Toronto (then York ... Simcoe did not like the name Toronto).   I have to do some research to find out why the mountains are there. 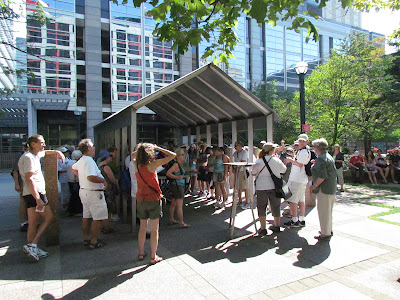 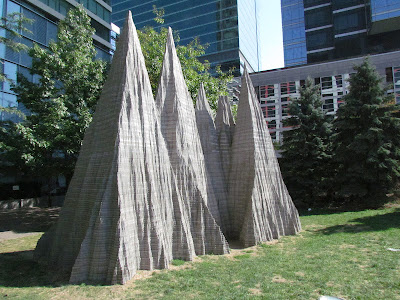 After stopping by the CBC building, which years ago was right on the waterfront and was a rail station, we headed over to Metro Hall. I was surprised it was built only in 1992, figuring it was built maybe 10 years earlier. 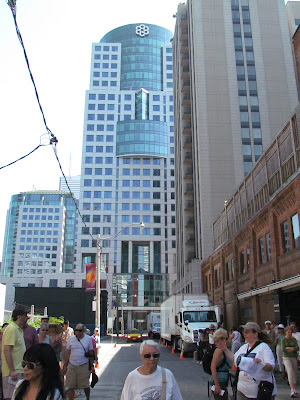 Next we walked west along Mercer Street. A few 100+ year-old places have been torn down here in the past year. More have signs on them for more redevelopment. This house is to end up being a "facade" in a new building, as is the great building across the road. Toronto seems to have lost its way in keeping old buildings and just redoing the insides. Now they seem content to just incorporate the outside wall into new designs. It really is a shame. 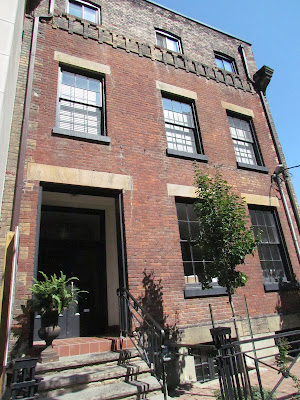 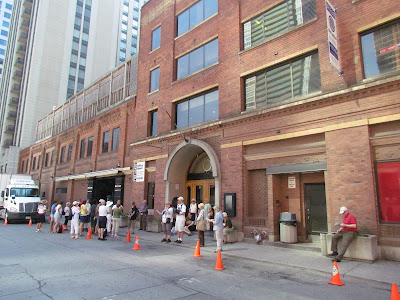 Just look at this great arched doorway. Built in the 1800s, it was the home of a horse drawn carriage cab company before the invention of cars. 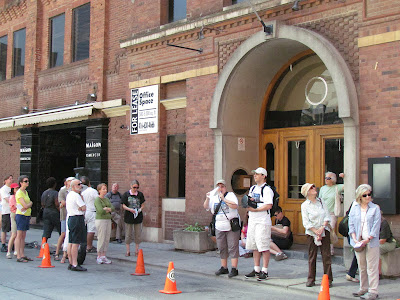 If you live in Toronto, do you recognize this place? It was once part of Jeff Healey's Roadhouse, plus it had a concert venue in it. We saw Trooper and Evil Dead, the Musical there. At one time, it was home to our Receiver General and was a home for orphaned and poor children from Britain. 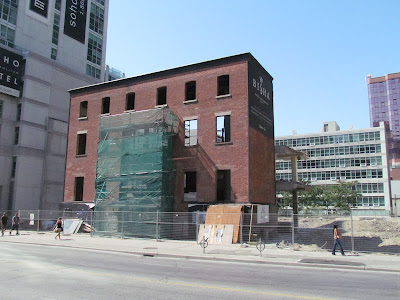 With all the stores and restaurants in the area, it is so hard to envision that this area was hugely industrial. This Shoppers Drugmart used to be the home of the National Drug and Chemical Company and was built in 1941. Shoppers did a great job in keeping the building's integrity. Across the road is a building I walk by everyday and think is a visually great building, the Canadian General Electric Building. The first three floors were built in 1927 and the upper floors added in 1934. 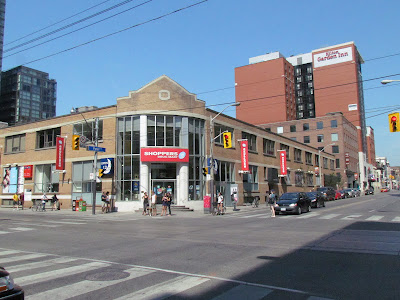 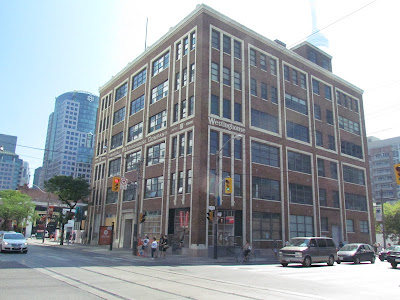 Then we headed on over to "restaurant row" a block of restaurants housed in buildings built back in the 1860s. Efforts are being made to preserve this block but I am not hopeful knowing Toronto's need to build more and more ... and more condos. Just look at some of the detail! 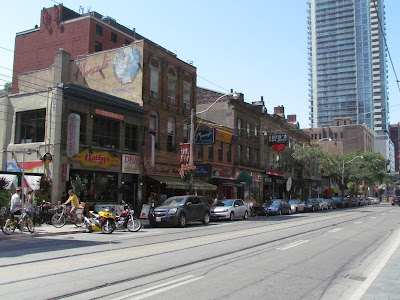 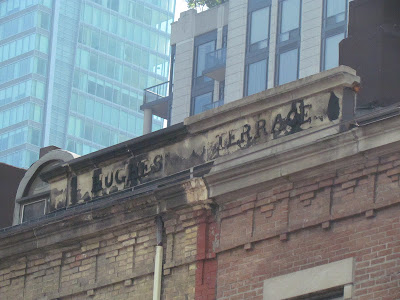 I am skipping over some things here and heading over to the star of the show, the Royal Alexandra Theater. First of all, I did not know that in the British Commonwealth, you cannot just simply add the name "Royal" to the name of a theatre or really anything. This requires special permission from the Queen's or King's office. The Royal Alexandra Theatre is one of the very few in the Commonwealth to have this very special designation. 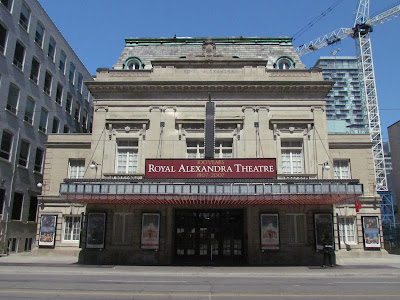 Opened on August 26, 1907, it was one of the first "fire proofed" theatres in North America. It also was the first "air conditioned" theatres in Canada. They had grates in the floor under which they poured ice and had fans blowing the cool air upwards.

Heritage Toronto has excellent walks. I know as I have been on a few and was impressed enough to become a member. If you have a chance, take one. It's so much fun to explore the history of your own city. Here are a couple of more pictures showing the just a little detail of the outside of the theater. 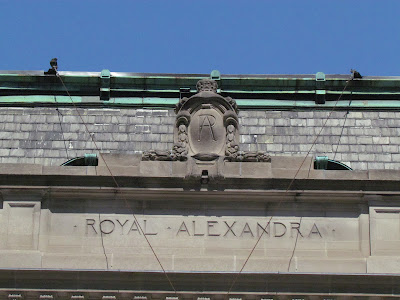 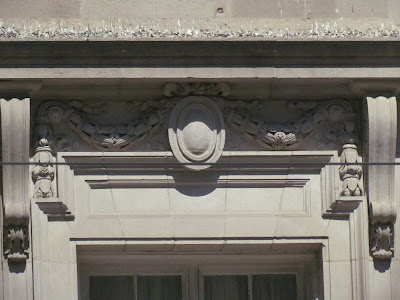 Toronto is famous for its natural beauty and historical background.Many great legends were born these to shook the world and they really did it.thank you very much for sharing.keep posting.