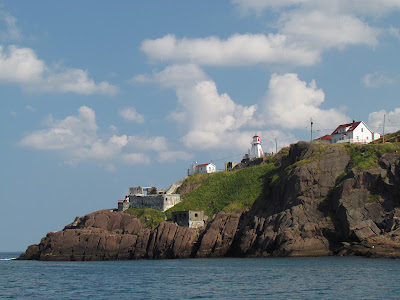 Today we went out with Iceberg Quest to look for whales and see Newfoundlands beautiful rugged coast.

I wrote about the whale part earlier. It was a fabulous trip on a beautiful day. Before we boarded, we were entertained and then given a safety talk. 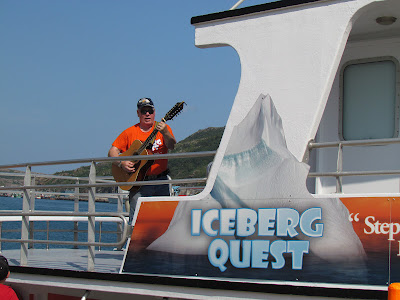 Soon we headed out. St John's harbour is North America's oldest operating harbour and the village to the right is also the oldest fishing village in North America. 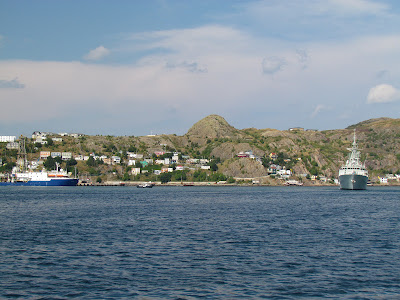 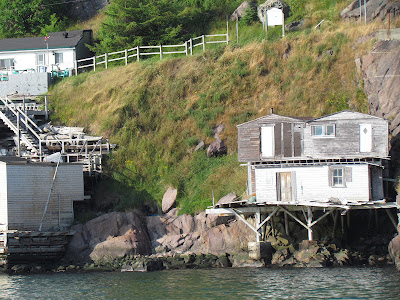 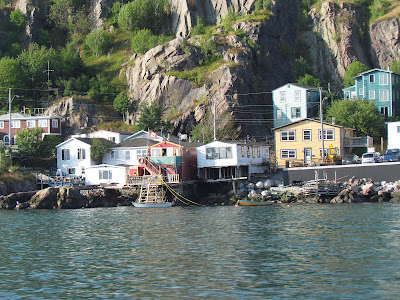 We passed a Canadian Forces naval vessel. The crew was all lined up for inspection. As they passed us, they saluted us and then waved. We cheered them as they passed. They saluted us ... hell, we should be saluting them! 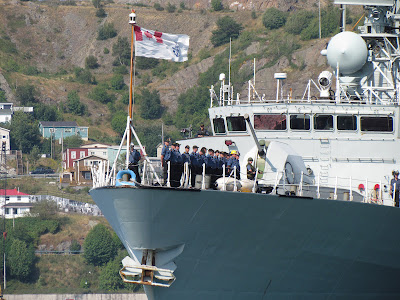 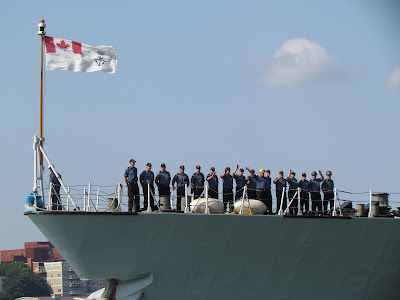 Heading out of the harbour. 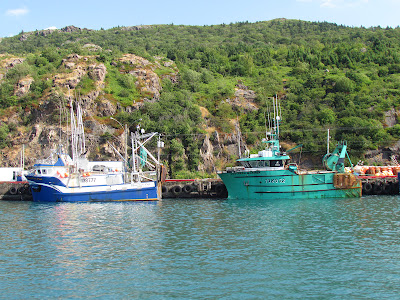 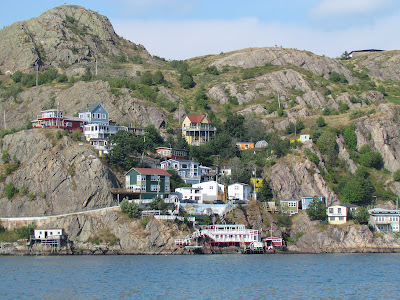 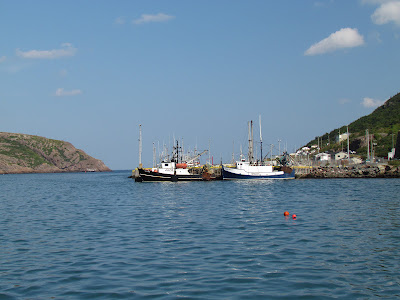 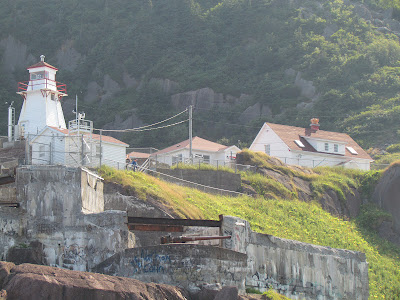 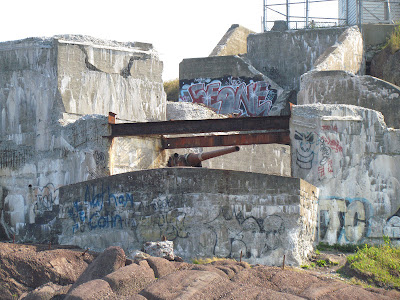 This is Cape Spear, the most easternmost point in North America and has the oldest surviving lighthouse in Newfoundland being built in 1839. 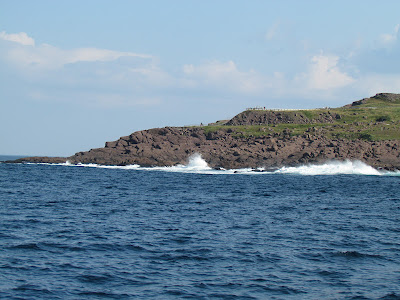 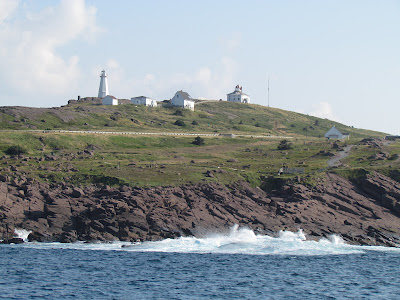 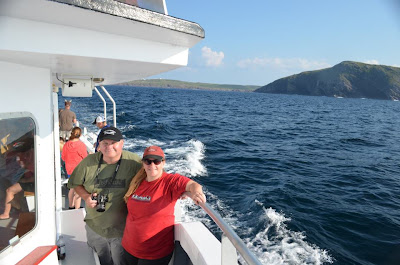 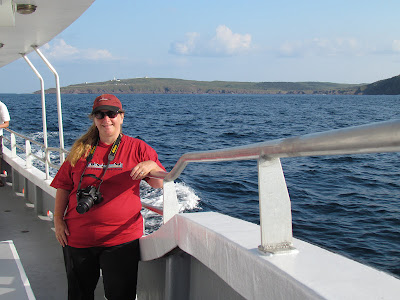 Here are a couple of my favorite shots showing some of the ruggedness of the shore. 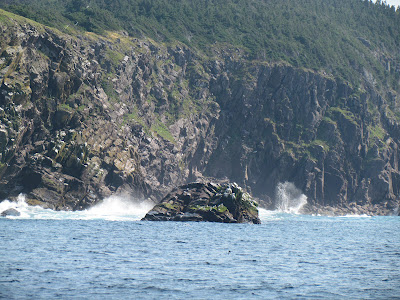 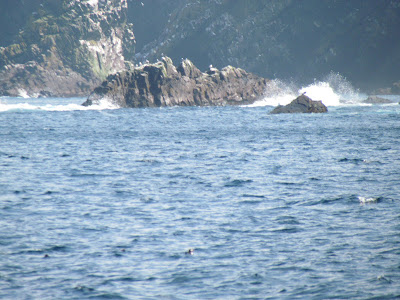 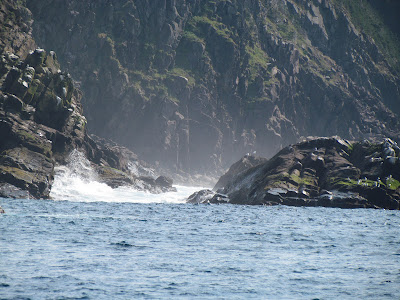 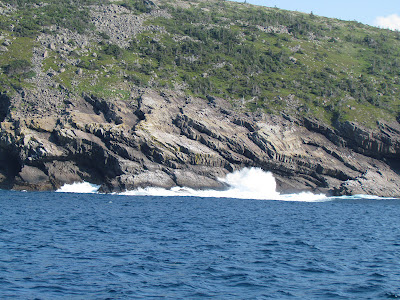 It was a great cruise and I would recommend to do this when in St John's. If I ever get a chance to come back, I would love to do it a little earlier in the year and head up to Twillingate to take a cruise with this company to see icebergs.
Posted by Swordsman at 18:14

What a beautiful place! And the whales-oh my!!