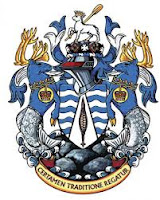 This morning Teena and I arrived early from Saint Pierre and after checking in to our hotel, headed over to Quidi Vidi Lake to watch the 194th running of the Royal St John's Regatta, which is the oldest continual running sporting event in North America. Although they have documented record of the race being run ever single year since 1818, there is evidence that it started long before that.

It's is estimated that over 50,000 people attend the regatta every year and I was not surprised by what I saw today. After checking into our room, I headed to the LCBO and found it closed for the regatta, as was much of the downtown. Turns out that regatta day is a civic holiday.

First we stopped at the George Street Beer Market for lunch. It was noon and the place was empty. Why? Because everyone was at the regatta! Teena ordered wings which was too small a portion and I order fish and chips made with fresh Atlantic cod. It was so good, thick and yet light tasting. 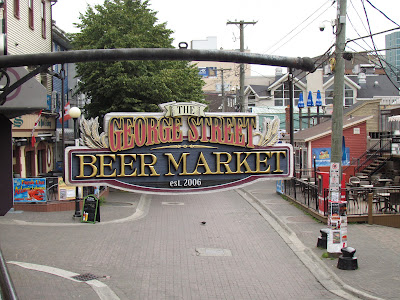 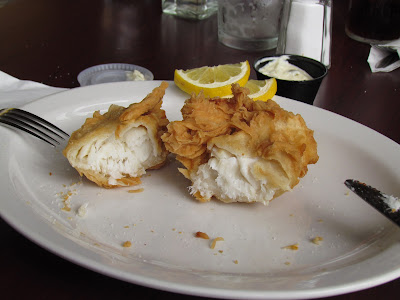 When we approached Quidi Vidi Lake, we then realize what a huge event this is. There were game stands, food stands, kids areas, crowds everywhere and, of course, the rowing. 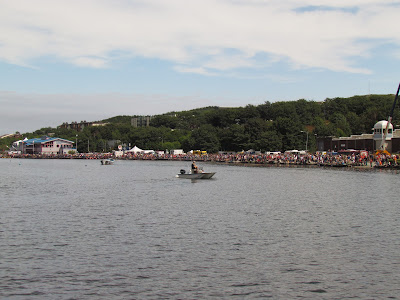 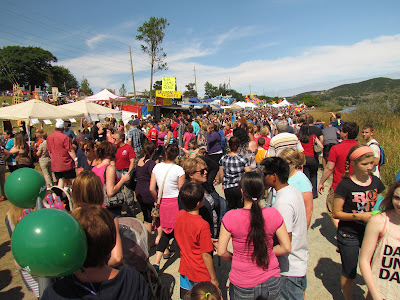 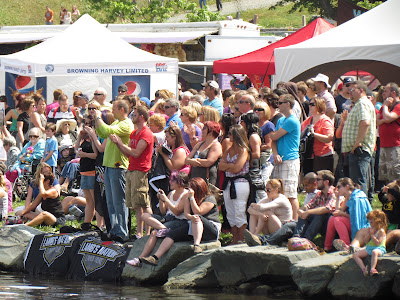 I have always enjoyed watching rowing and the skulls on TV. This is the first time I have watched it live. I love how smooth the strokes are for the most part as there was some sloppy rowing, and how fast the boats can slice through the water barely leaving any wake behind them. Teena and I moved around to watch from different angles. There were so many great shots to choose from. Here are my 5 of my favorites. 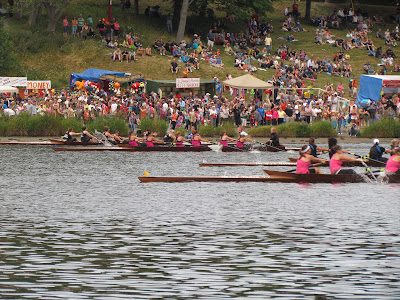 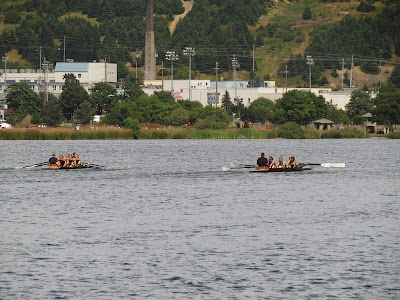 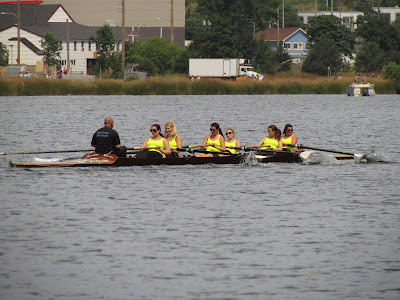 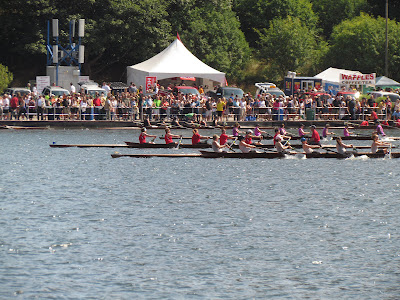 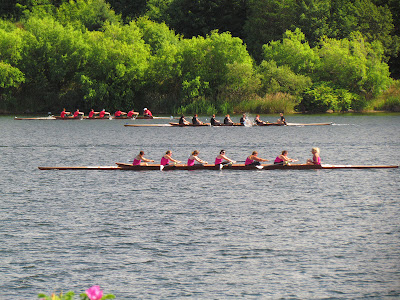 Teena and I hit the beer garden. All the sales went to charity. I think it was great of Molsons to donate all the beer and coolers, so all beer sold earned 100% profit! There was a band and the beer garden was jammed. Just after we got there, they closed the entrance! Here, Teena enjoys a cooler. 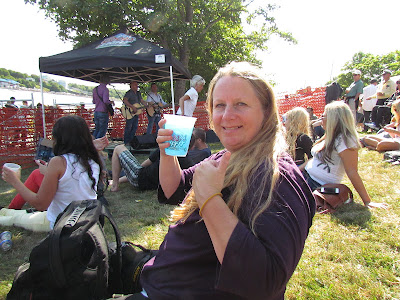 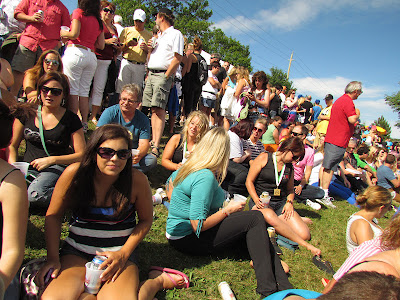 Here's a good sequence of the start of a race. At the ready, first stroke, and a few strokes later. 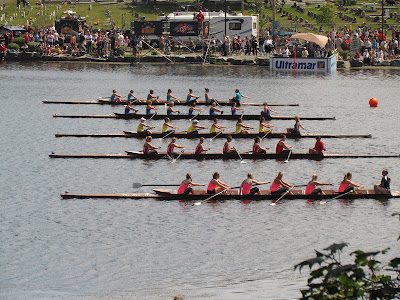 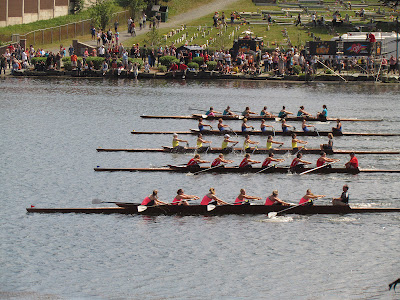 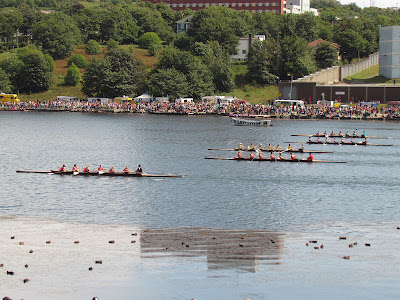 Look at the coxswain yell! 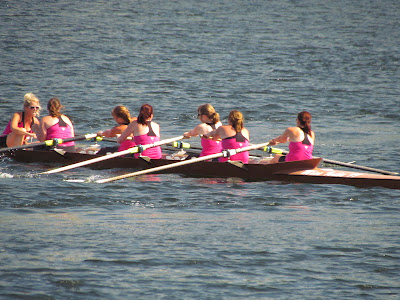 The winner! See the smoke? At the start and finish of each race, they fire a shotgun. We know as we were beside the starters stand when we first got there and the blast made us jump each time. 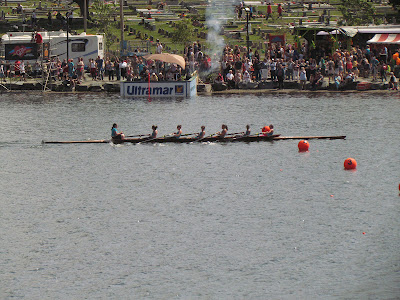 We finished the day at The Ship Pub where Teena had great fish and chips and I had a great pan fried cod and something just a little different. Our waitress, Lindsey, suggested an invention called Newfoundland poutine. It is fries, of course, with dressing with savory, a herb native to the province and gravy. I gave it a try, and hey, I really enjoyed it. 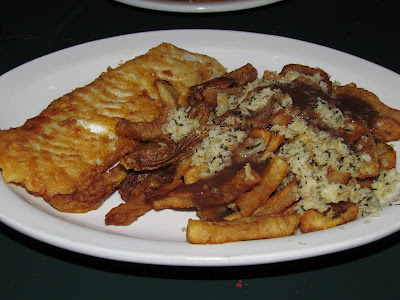