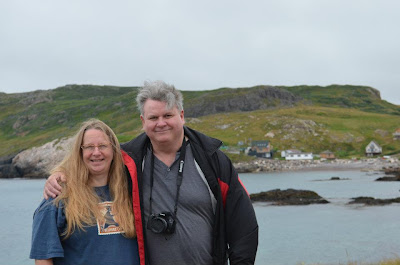 Today Teena and I went exploring the town and island of Saint-Pierre. First we took a van tour which was a little over an hour which showed us the entire island. Many of the shots did not turn out as they were shot through the van's glass but we did get a chance to get out a couple of times. 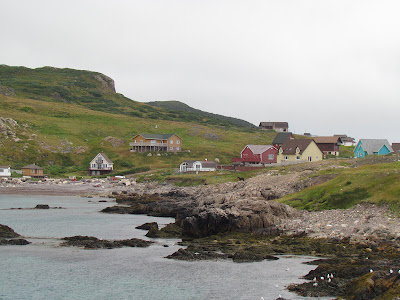 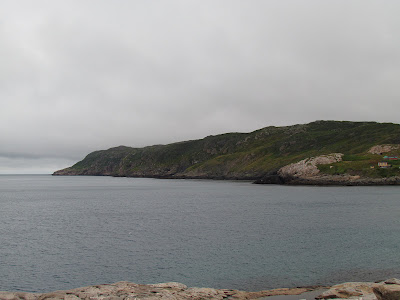 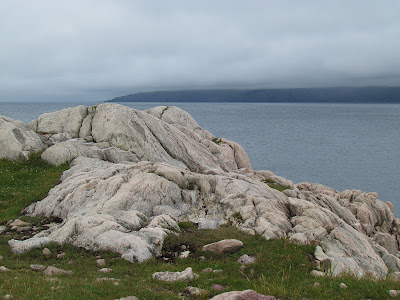 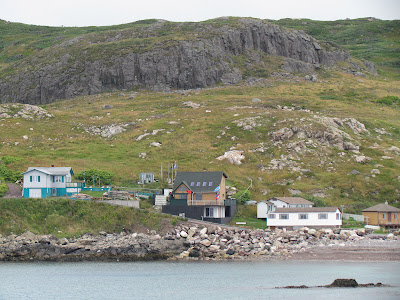 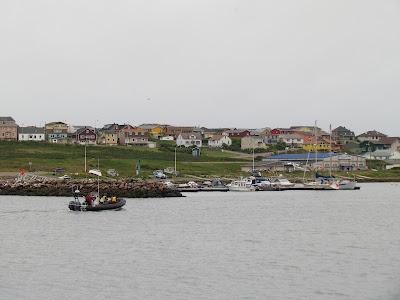 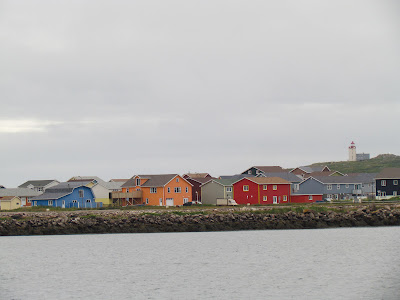 As you can see, it was not a very nice day but that did not slow us down.  After being dropped off by the van, we went for a walk. First we went down by the water. 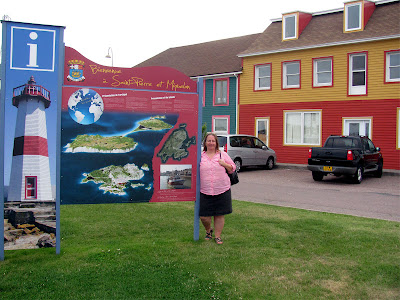 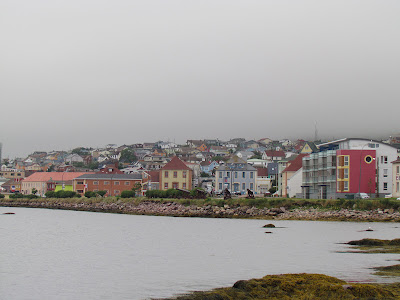 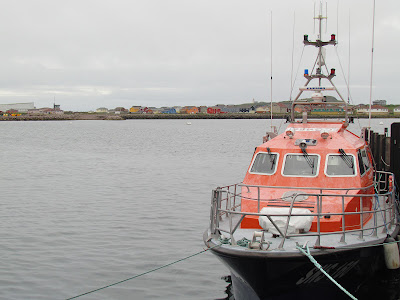 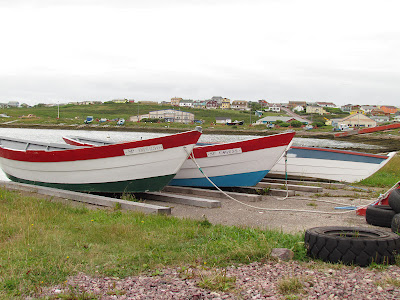 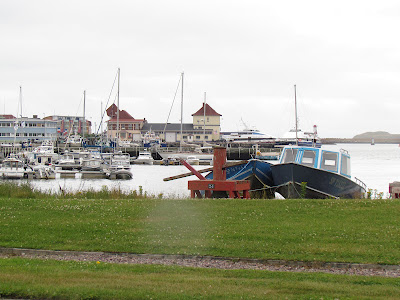 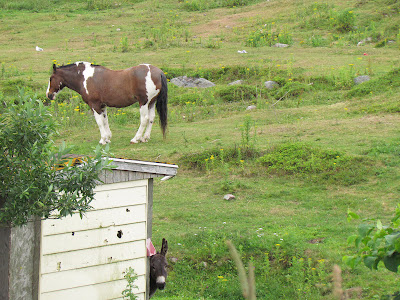 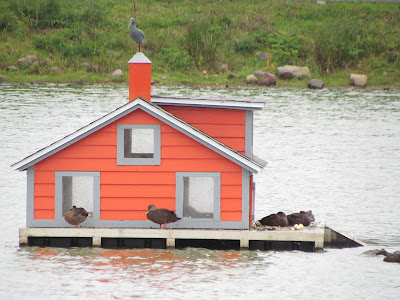 Then we started walking the narrow streets. The houses are quite colourful. 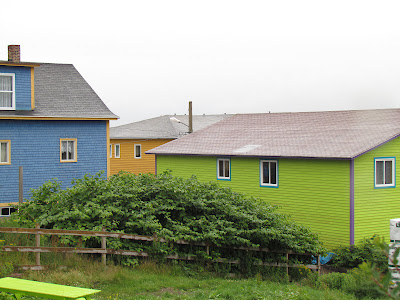 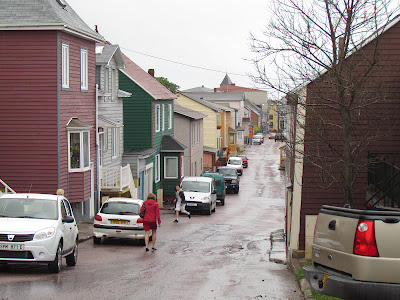 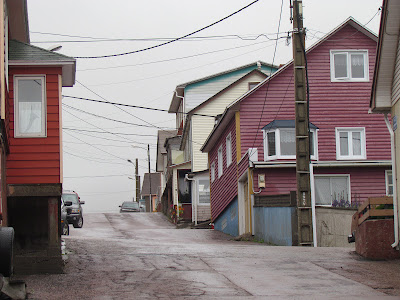 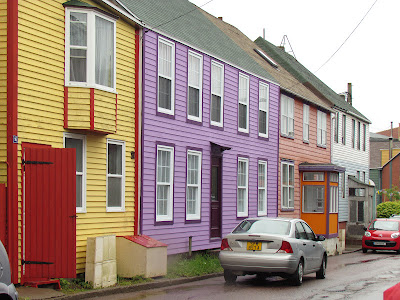 Downtown. The streets are all narrow and one obviously one way. The first picture is Main Street. 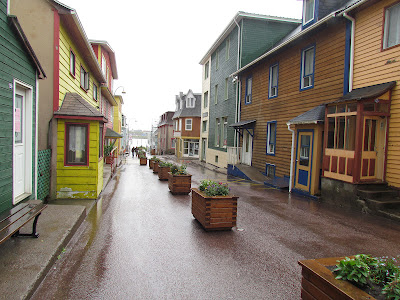 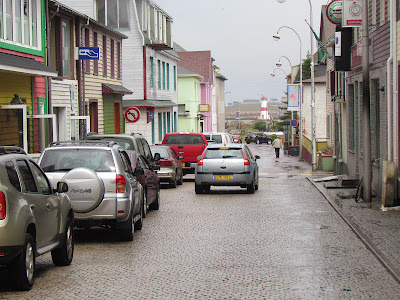 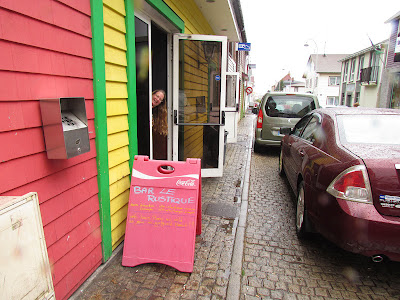 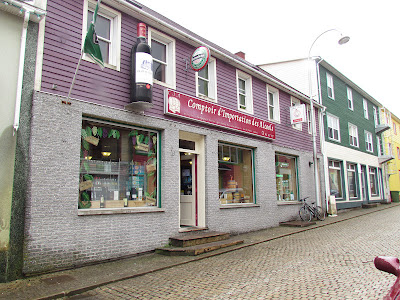 Back down to the water. 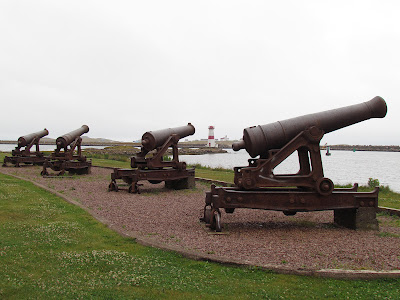 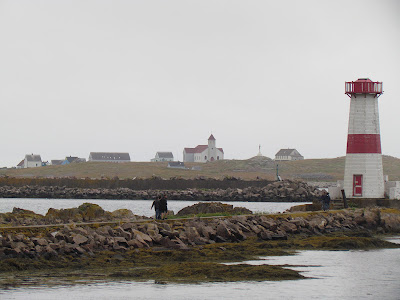 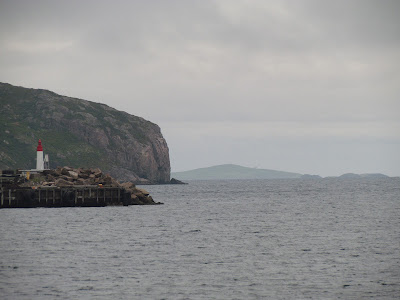 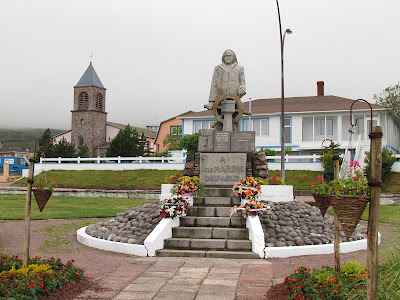 Finally, mailing off the required postcards. Yes, they are being mailed from France.